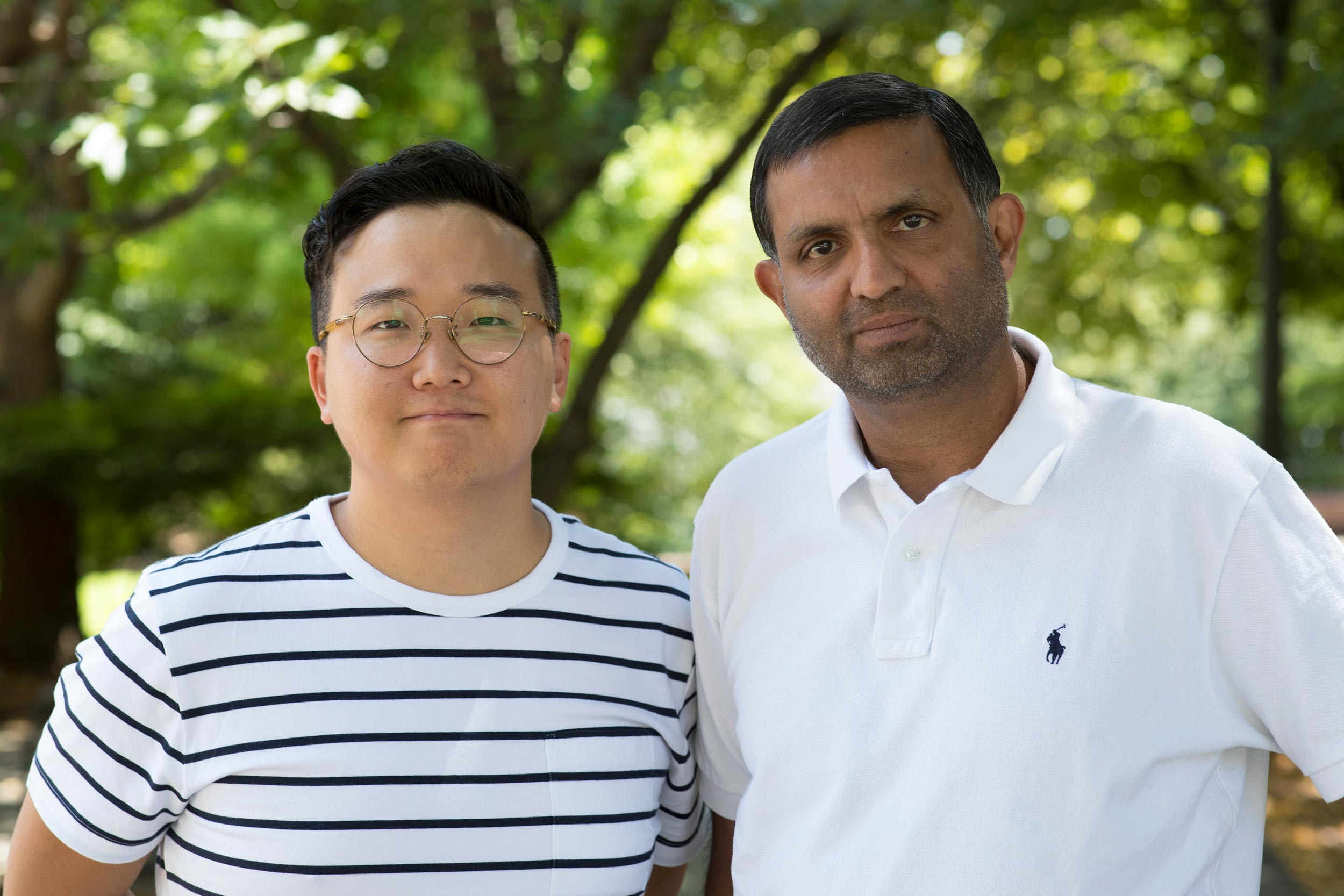 Now NASA is helping him.

The space agency selected Kim, an earth science doctoral student in the University of Virginia’s School of Engineering, for its first class of Future Investigators in NASA Earth and Space Science and Technology. His proposal was one of only 59 accepted for the new Future Investigators program in the earth science funding division. The maximum award is $135,000 over three years.

Kim is using multiple Earth-orbiting satellites making microwave readings of the planet’s surface to monitor soil moisture, which he says will help predict water-related disasters, such as floods and droughts; possibly help farmers with productivity; and give researchers a better understanding of the link between surface moisture and climate.

“The amount of moisture in the topsoil layer affects all of Earth’s climate systems,” he said. “My research focuses on the investigation of soil moisture in the topsoil layer, using satellites and hydrological model data sets. I want to understand Earth’s climate systems better and improve our knowledge of the Earth’s dynamic systems with the aid of satellite observations.”

Kim, who received an engineering degree from Hanyang University in Seoul, South Korea, in 2012, was drawn into hydrology as a child.

“When I was 12 or 13 years old, I was asking questions like why we didn’t have water in some areas of Africa, while we had too much water over some areas of Bangladesh,” Kim said. “I was so excited to see pictures taken from space. That helped me understand why we don’t have much water in some areas and why people suffer from water deficiencies there, and it connected. It is related more to a personal feeling I have when I see people struggling with water deficiencies.”

“I want to help people who want to have more water in the future than they’ve had in the past,” Kim said. “That means I need to understand things like how a particular plant reacts with its climate, or how we can manage the water with high efficiency. It drives me to do this research.”

While many scientists use satellite data to measure soil moisture, Kim is using 15 to 20 satellites from the United States, Japan, China and the European Space Agency to track moisture levels and precipitation patterns on a global scale.

“The novelty of Hyung’s research stems from the fact that he is using multiple sources to construct not just one single observation of one or two flyovers per day, but so many observations that we can almost have a diurnal cycle of soil moisture. and this diurnal cycle is an observation of soil moisture independent of model simulations,” said Venkataraman Lakshmi, a professor in the Department of Engineering Systems and Environment and Kim’s adviser. “When they are ingested into the model in a process called data assimilation, they can provide much better predictions of the hydrological cycle and, as a result, help in the prediction of weather, help in agriculture, water resources, forest fires, health and others.”

Drawing data from multiple satellites means Kim has more – and more current – information on soil moisture and can contribute a more complete understanding of ground conditions.

Kim segregates the soil moisture data from the rest of the satellite’s readings, then combines the information he combs from the satellite scans with a variety of other data contributed by other researchers, such as precipitation, temperature, soil properties and soil moisture measurements taken on the ground. All this information is fed into land surface models used to predict natural phenomena.

“We have model data, we have observation data from satellites, and we have the ground-based soil moisture; so we combine them all to make simulations that we use in research,” Kim said. “The final goal of my research is to simulate all of this data into models. I really want to do that, and I want to see the improvement in soil moisture data in the end.”

Soil moisture data from satellites, ground observation and computer modeling tend to bolster each other, which is important to Kim.

While there may be flaws in how accurate ground or satellite observations are, Kim said the more methods are used and measured against each other, the more valid the data will be.

“We do not have enough data to build some of these models,” Lakshmi said. “We can build a model for a location in Africa, or Asia or Virginia, but unfortunately we seldom have all the details of the location to go down and pick out the soil moisture so what we do sometimes is a less complete way of using this regression between the soil moisture collected on the land surface and the signal, reported by these sensors.”

Lakshmi said since the models are reasonably accurate, and if they have information from similar conditions elsewhere, they can estimate soil moisture for locations for which they have no ground measurements.

“In the United States, we have a series of sites called SCAN, or Soil Climate Analysis Network, run by the U.S. Department of Agriculture,” Lakshmi said. “Because we have all the data, it is very easy to develop a very good understanding of the land surface for relaying the signals of soil moisture in the United States. Now, when you go to other countries, we don’t have this data, so sometimes we can use the knowledge of the land surface conditions gathered from places where we do know the terrain.”

Kim, who has also received a Bicentennial Fellowship from the department, plans to pursue a career in academia, continuing his research and teaching students how to pursue his work. He stresses that the NASA fellowship is an important step in his career, beyond just the financial support.

“This fellowship means a great deal to me,” he said. “This fellowship will provide me with access to all possible data from NASA and will give me a chance to use NASA’s supercomputer, thus boosting my research performance.”

The fellowship will also connect him to other researchers.

“I am planning to attend several international conferences, including conferences to be held in Europe, Australia and Asia, in order to stay abreast of current worldwide research trends,” he said.

Do You Know the History of Your Favorite Corner Spots? END_OF_DOCUMENT_TOKEN_TO_BE_REPLACED

Netflix to Add Ads. Why This Could Be a ‘Game-Changer’ for Your Viewing Experience END_OF_DOCUMENT_TOKEN_TO_BE_REPLACED

What’s Next for UVA’s Class of 2022? END_OF_DOCUMENT_TOKEN_TO_BE_REPLACED