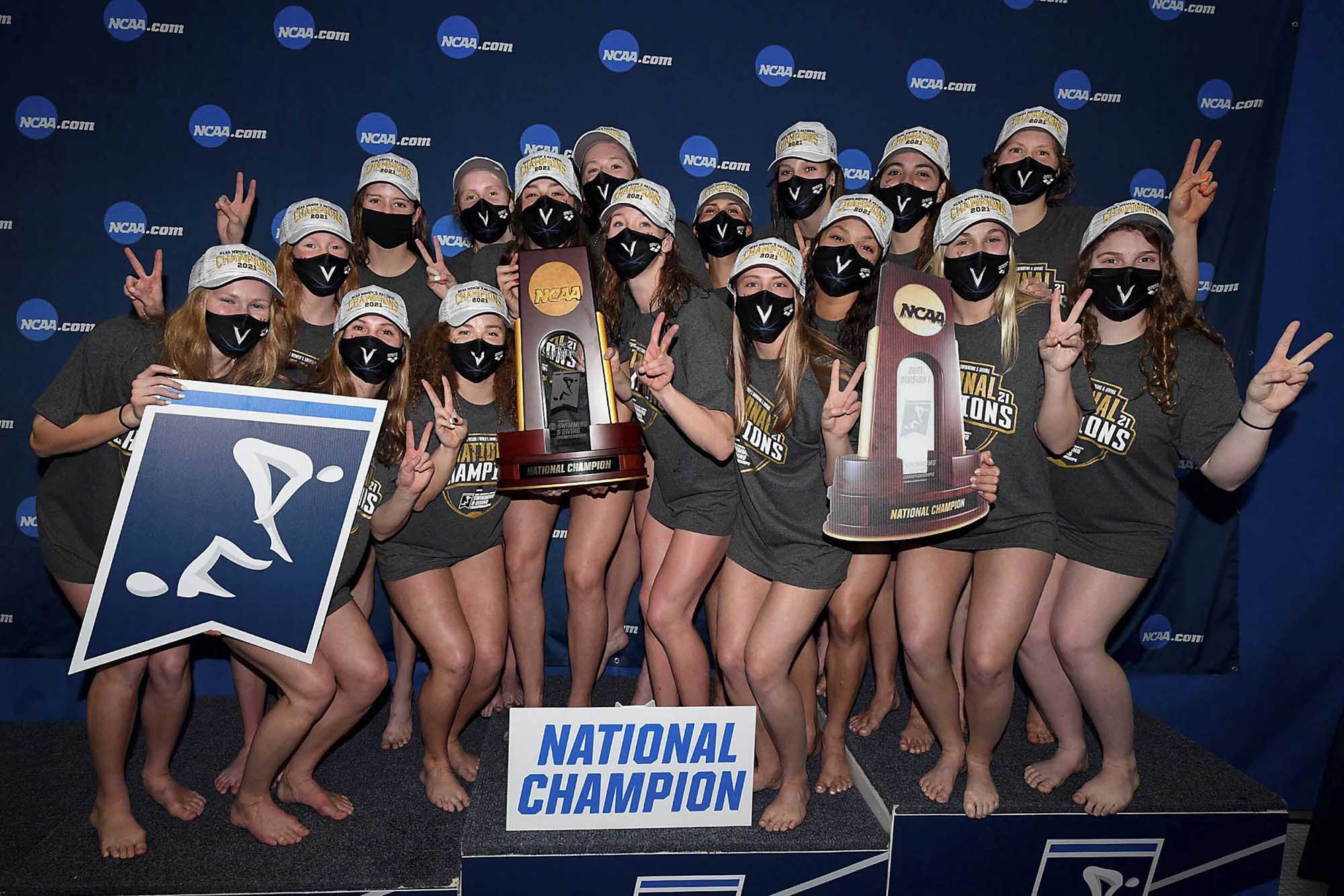 The University of Virginia women’s swimming and diving team won the program’s first national championship on Saturday after finishing with 491 points in the 2021 NCAA Championship at the Greensboro Aquatic Center.

“I’m so proud of this group,” head coach Todd DeSorbo said. “They have been on a mission all year and just been grinding and excited for it. They just performed a really high level all week. It is an exciting time for our program and our conference. To put someone in the ‘A Final’ in every single event is pretty impressive. It just shows overall depth and I think it takes a full team to win a national title and these ladies brought it every minute of every day.”

Virginia became just the ninth different school to win a women’s swimming national championship and the first in the Atlantic Coast Conference. NC State finished second with 354 points and Texas was third with 344.5.

UVA’s Paige Madden won three individual event titles, the most of any swimmer. Madden closed out her stellar meet with a win in the 1,650-yard freestyle in a career-best time of 15:41.86.

The Cavaliers picked up a pair of second-place finishes, with Kate Douglass finishing second in the 100-yard freestyle in a UVA record time of 46.30 and Ella Nelson placed second in the 200-yard breaststroke with a time of 2:04.35.

The final night concluded with the 400-yard freestyle relay. The Cavaliers finished second in the relay as Douglass, Madden, Walsh and Cuomo, respectively, combined for a time of 3:10.45. In diving, Jocelyn Porter finished 33rd on the platform with a score of 222.65.

The win – and UVA Athletics' 28th team NCAA national title across all sports – came one year after the COVID-19 pandemic forced the abrupt cancellation of the 2020 championship, where UVA was expected to do well.

UVA fans were thrilled, and the team received many well-deserved shout-outs and congratulations on social media, starting with President Jim Ryan. They ended the night with a celebratory dip in the pool, coaches – some impressive flipping – included.

Wahoowa! The Virginia women’s swimming & diving team just won the 2021 NCAA Championship! This is really big news — and a remarkable achievement, one that we will be celebrating from all corners of UVA. pic.twitter.com/4vJ6lRakTG

One year later!!! Last March, I was crushed for these ladies as their pursuit of a Natty was ripped away. All they did was show the kind of resilience, grit, and determination already in their hearts to be CHAMPIONS! This means the world for so many reasons! Let’s GO!!! #GoHoos https://t.co/2TgvOQPhqB

Had to update our bio

The Virginia men’s swimming and diving team will compete in the 2021 NCAA Championships March 24-27 at the Greensboro Aquatic Center.

It’s Copperhead Season in Virginia. Here Is What You Need to Know END_OF_DOCUMENT_TOKEN_TO_BE_REPLACED

What’s Next for UVA’s Class of 2022? END_OF_DOCUMENT_TOKEN_TO_BE_REPLACED