National Titles and a President: A Big Spring for This Student Reporter 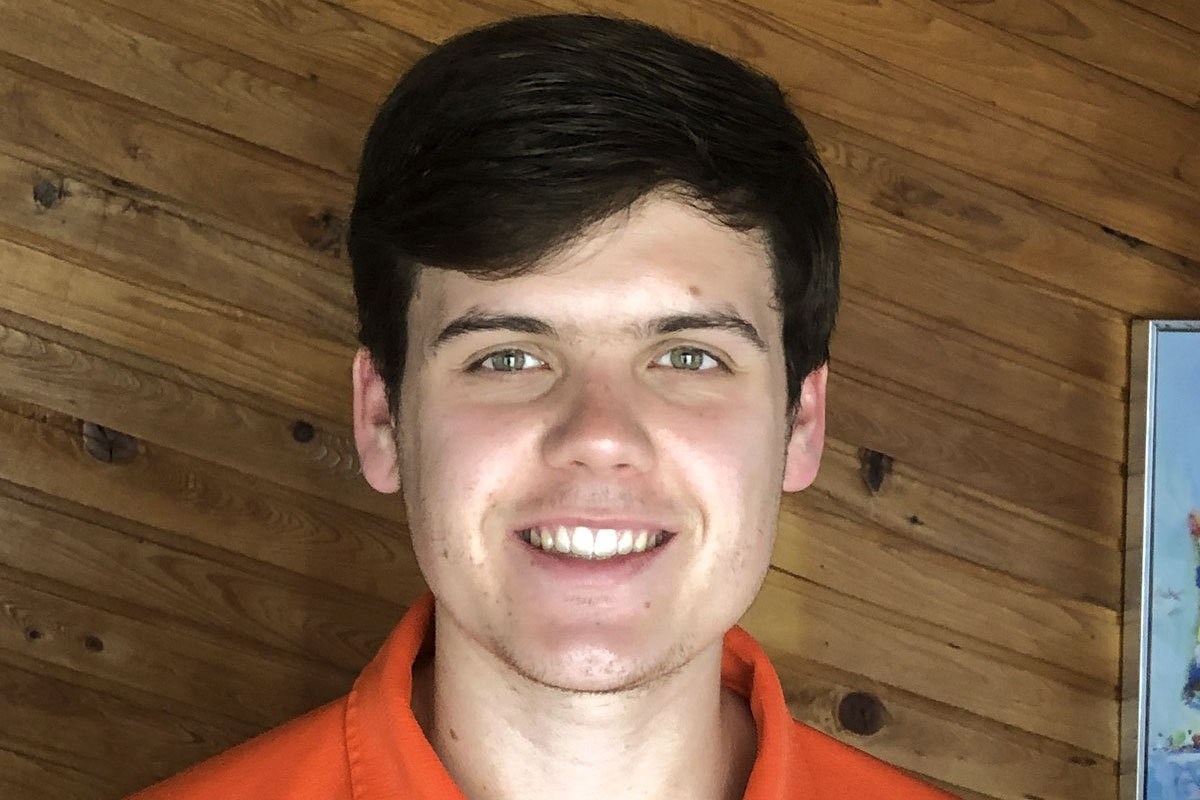 Reporters from the University of Virginia’s student-run digital media outlet covered not only graduation weekend – which included a speech from Pharrell Williams and numerous events for the Class of 2019 – but also the Presidential Ideas Festival, which brought almost 100 White House veterans, including former president Bill Clinton, to Grounds.

And that was after a semester in which Newton – a rising third-year student who served as WUVA’s sports director last year and is now summer news director – covered two national championships, as UVA’s men’s basketball and men’s lacrosse teams brought home titles.

“It was a fantastic time to be the sports director,” Newton conceded.

WUVA, which now includes more than 100 student journalists working on news, sports, culture and comedy stories, is a prominent student journalism outlet on Grounds, along with The Cavalier Daily and others. It began as a student-operated radio station after World War II, when many returning G.I.s were eager to use their new radio broadcasting skills. Over the years, WUVA evolved to include video, which became the primary focus after the radio station sold in 2017.

The emphasis on video attracted students like Newton, who joined during his first year because he wanted to learn how to edit the sports videos he made as a hobby. He wasn’t particularly interested in journalism at the time, but quickly discovered that he loved finding and telling great stories.

“Now I am the summer news director, and the sports director with a team of about 20 people,” he said. “I definitely didn’t see that one coming.”

Among the stories Newton has covered, the Presidential Ideas Festival stands out for the sheer number of political figures it attracted, and their prominence in government and American history. Hundreds of policymakers, journalists and scholars converged on Grounds for the event, including Clinton, former Secretary of State Madeleine Albright, “60 Minutes” correspondent and UVA alumnus John Dickerson and many more.

“All of the people we were seeing, and sometimes meeting, had held very significant roles in previous administrations and were major political figures,” he said. “It was very cool to see them talking about really relevant issues in American politics.”

Newton and fellow WUVA reporters had a chance to interview former White House Chief of Staff Andrew Card, MSNBC “Hardball” host Chris Matthews, and CBS “Face the Nation” moderator and UVA alumna Margaret Brennan. Newton also sat down with Bill Antholis, director and CEO of the Miller Center, to discuss his major takeaways from the festival and how it fits into UVA’s founding mission to train and educate citizen leaders.

“Doing student journalism, whether WUVA, The Cavalier Daily or something else, gives you an opportunity to meet people and see sides of the community that you would not ordinarily get to see,” Newton said.

That extends to seminal UVA events. Though he’d been visiting Grounds for years with family, Newton had never witnessed Final Exercises. This year, he got to cover ceremonies like the Donning of the Kente, which recognizes graduating black students with stoles made of kente cloth, imported from West Africa.

“It was really cool to see that part of UVA,” he said. “That’s definitely a joy of student journalism.”

And of course, there were those national championships.

“That was wild for me personally, as a lifelong UVA fan,” Newton said.

Newton did not go to Minneapolis for the basketball championship – he had witnessed last year’s UMBC loss in person and “didn’t want to mess with the karma.”

Instead, he watched the championship game at home in Charlottesville before making a beeline to the WUVA studio as the celebrations – in Minneapolis and in Charlottesville – began. Newton stayed in the studio until about 3 a.m., working on a video recap.

“You want to celebrate, of course, but I also knew that if I got something online right then, it would blow up and be great for WUVA,” he said.

Just seven weeks later, UVA’s men’s lacrosse team played for its own NCAA title near Newton’s home outside Philadelphia. This time, Newton made the trip to watch the game with his family and to get some live footage of the tournament’s finale.

“My goal with lacrosse was to make sure people knew not just that we won, but the ins and outs of how we won, because it is less widely known than basketball,” he said. “Both were insane tournament runs that featured crazy comebacks and overtime wins. There were a lot of parallels.”

Looking back now, Newton said working on those and many other stories last year brought him closer to his classmates and forged lasting friendships.

“Each story requires a lot of cooperation, and I have met a lot of really awesome people,” he said. “It’s a great way to build relationships, as you work hard on projects that aren’t necessarily school-related. We are all doing this because we want to learn how to do it really well.”

WUVA has also given him valuable professional experience and stoked his interest in a career in sports journalism. In the fall, he will take a media studies class, Sports Media Production, that gives students a chance to produce live athletic events and edit feature stories with the athletics department.

“I would love to end up working in the sports industry or pursuing sports journalism,” Newton said. “WUVA has definitely nudged me in that direction.”

That’s the hope, according to WUVA adviser David Mitchell. Mitchell – along with a board of alumni advisers and faculty members like CBS journalist and professor of practice Wyatt Andrews – is available to consult with students and help with the logistics of running a broadcast outlet.

“My hope is that these students develop a real passion for what they do here,” Mitchell said, noting that many WUVA alumni have gone on to build careers in journalism or media.

“Their talent, their level of commitment and their awareness of things that matter is very impressive,” he said. “We have a lot of students with a lot of different interests, and I believe we give them the flexibility and the opportunity to pursue and follow those interests which brings great diversity to our content too.”

In Memoriam: Life of Drama Professor To Be Honored Sunday END_OF_DOCUMENT_TOKEN_TO_BE_REPLACED