Negativity, Be Gone: This New UVA Online Tool Can Retrain Your Brain 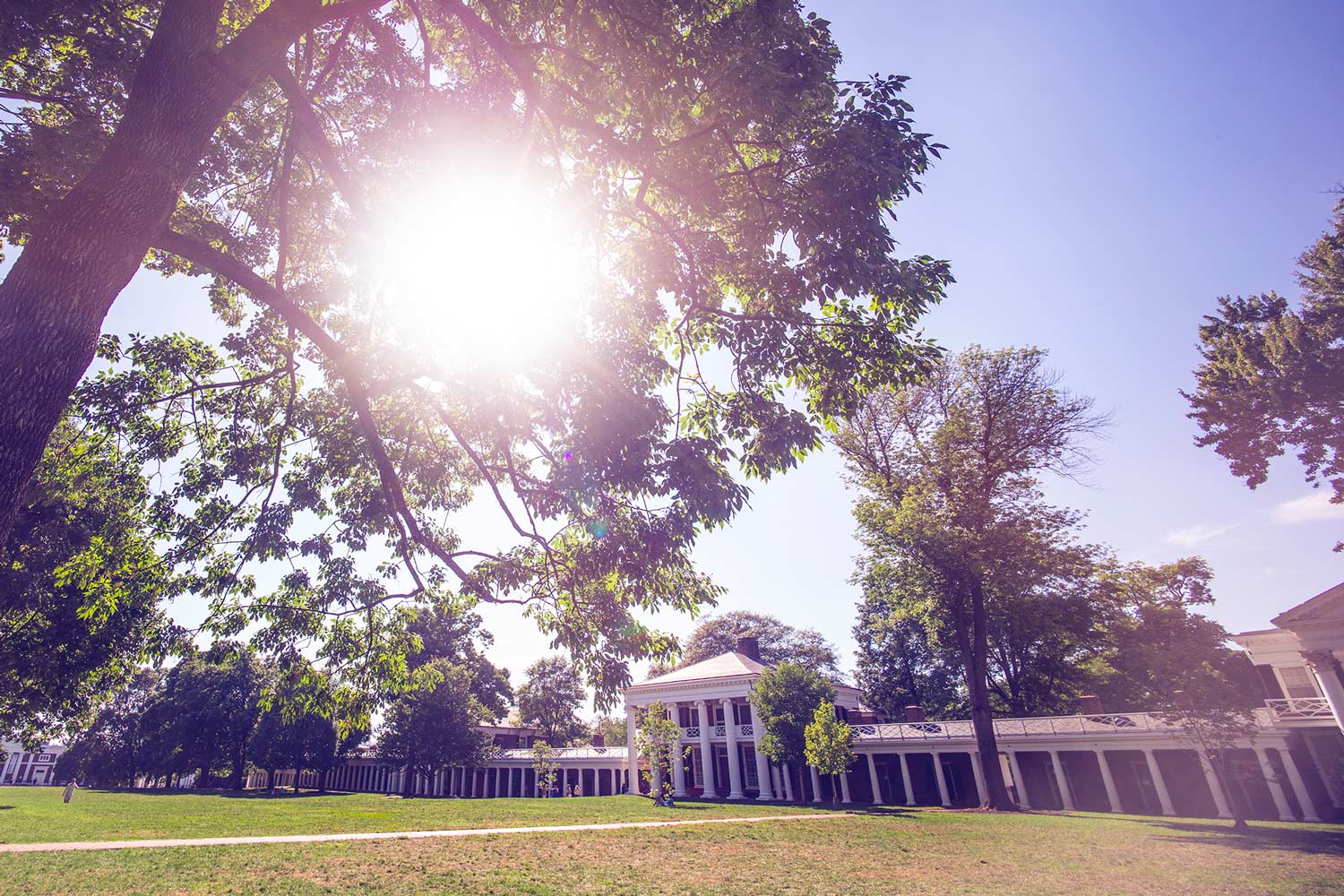 Negativity, Be Gone: This New UVA Online Tool Can Retrain Your Brain

Anxiety and depression can have devastating effects on people’s lives. In some cases, the mental disorders lead to isolation, poverty and poor physical health, things that often cascade to future generations.

A new program at the University of Virginia is aiming to shift the rigid, negative thoughts that come with mental disorders.

Take, for example, the prospect of asking your boss for a raise. The notion would make many people feel a bit nervous, but not prevent them from asking. For others, the notion brings nothing but bad thoughts, perhaps spawning fears of the boss screaming obscenities and firing them on the spot. This mind-tangle is so daunting it leads many people to inertia.

The new, online program being developed at UVA can train people to imagine different, positive outcomes to lots of different scenarios. Unlike other online applications that might seem similar, this program will go through continuous study and be refined as needed.

“It is four sessions long and each session is about 15 to 20 minutes,” said Bethany Teachman, a licensed clinical psychologist and a professor of psychology at UVA. “People will see a variety of brief stories that are missing an ending. We encourage them to fill in those endings in different ways across the different sessions.” 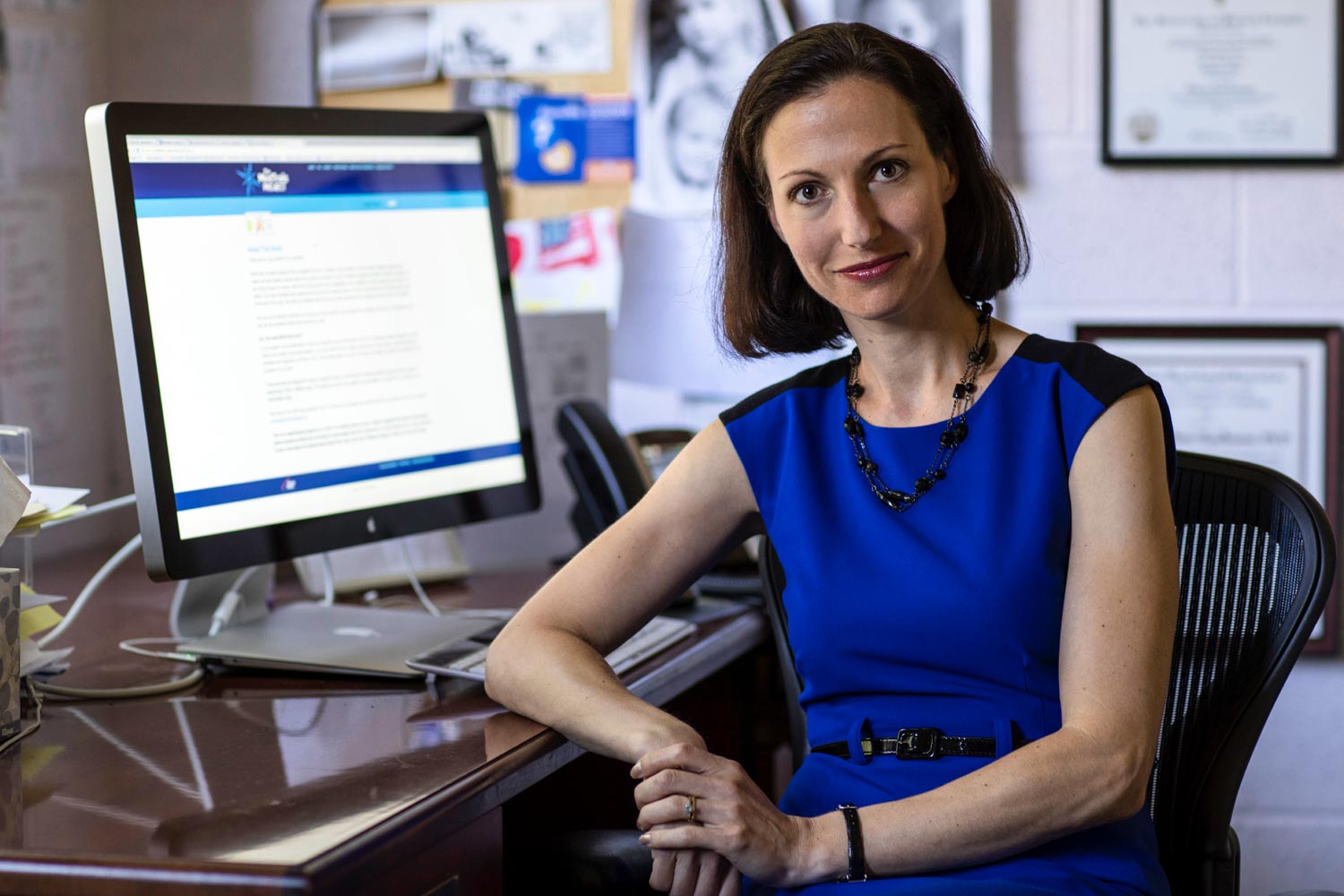 Bethany Teachman is a licensed clinical psychologist and a professor of psychology at UVA, as well as the director of MindTrails, where users can find her new online interventions. (Photo by Dan Addison, University Communications)

In essence, Teachman said the program, which is anonymous, is designed to teach users to develop a new style of thinking. “We want to give people practice in learning how to think about those situations in new ways, because we think that people who are prone to anxiety, depression and negative mood tend to have a pattern of thinking that things will turn out badly, and that can have really serious, negative consequences.”

People can access the free program here using a computer, smart phone or tablet. The ability to participate where and when users want is deliberate. “We really want people to incorporate it into their lives and say, ‘Oh, this is a time where I really need to work on that negative habit that I have in my thinking style and see if I can make a shift. Let me grab 15 minutes and see if I can turn that around a little bit,’” Teachman said.

The program’s public launch continues a study in which 201 college students at UVA who took the online training reported relatively more positive expectancies about the future, an increased belief that one can effectively achieve one’s goals and the belief that a person can change and grow, compared to a neutral control group. That work was done in collaboration with Teachman’s graduate students, Nauder Namaky and Jeff Glenn.

One of those 201 participants was Eileen Hernon, a rising fourth-year student majoring in psychology and elementary education. She took the four-session program two years ago as part of a psychology course requirement. At first skeptical, Hernon said after participating that she didn’t feel like the future was out of her control any more. In fact, the work inspired her to study more about positive psychology, a recent subfield that looks at what helps people experience more happiness.

Is she still feeling pretty positive about things? “Oh, definitely. I just finished this book called ‘The Happiness Project,’ and it changed my whole summer,” she said.

Teachman said now that the program is open for general consumption, she and her team will continue to analyze and refine its design as necessary.

“This is still a research study to find out for whom it will work best, in what ways, and what is the best way to deliver this,” she said. “We think some people are going to do it on their phone as they are sitting outside their boss’ office. For other people, they’ll prefer to do it on the computer in the privacy of their own home. There are a lot of ways that this can work for people, and we want to find out how people can benefit most from it.”

Many online applications purport to offer relief to people with mental health illnesses, but Teachman said most are untested.

“A recent review identified 52 apps to treat anxiety, and there were a total of two studies done – total – on any of them – and those were two preliminary studies,” she said. “That’s really, really alarming, because we know lots of things don’t work and some interventions can even cause harm. We are committed to doing evidence-based approaches to working on these problems.”

Teachman said she cares deeply about the issue of mental illness.

“Everywhere I go, I hear stories from people about their struggles with anxiety and mood disorders. These are highly prevalent problems, and they cause enormous impairments for people,” she said. “It breaks my heart, because the large majority [of people] are not getting treatment and we can help a lot of these folks to have way more fulfilling lives.”

The barriers to treatment are numerous, including social stigma, cost, transportation and balancing child care, to name just a few.

“We can’t simply wait for people to come into therapy one-by-one to see us.” she said. “That’s a great, additional approach, but we need a wider array of tools in our toolbox to help people. There are too many people who are struggling.”