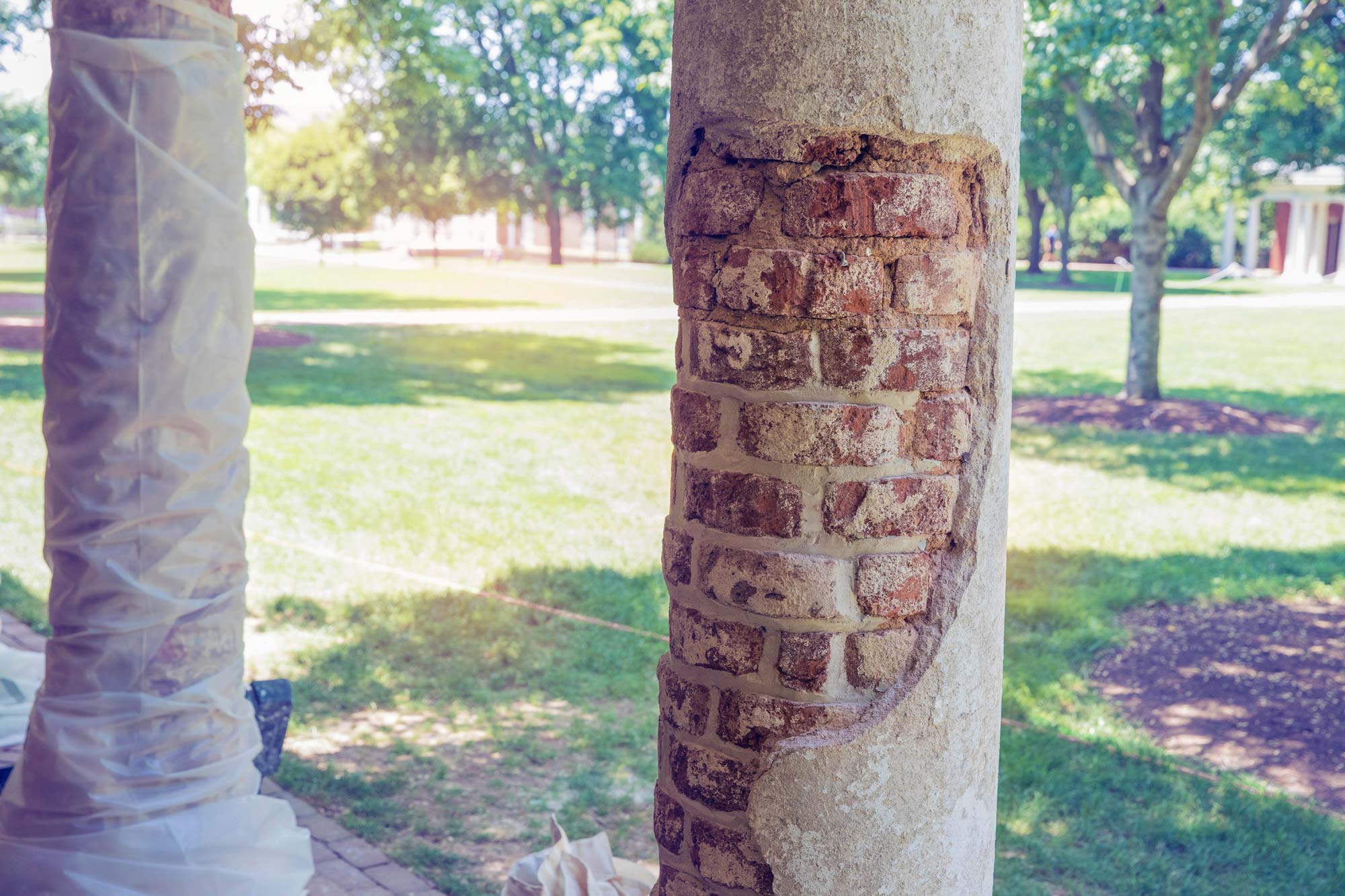 Some of the Tuscan columns on the University of Virginia’s famed Lawn have been stripped so they can breathe.

The nearly 200-year-old-columns – part of the Academical Village, designed by Thomas Jefferson – have a brick core, first topped by a lime-and-sand mixture. Through the years, they were repaired with cement-based render and coated with repeated layers of paint. These materials trapped moisture inside the columns, accelerating their decay and hiding their true shape. When the columns began shedding pieces of their outer layers several years ago, they were coated with an elastomeric coating to hold everything together.

The trapped moisture became a medium for salts that erode the bricks. The moisture also freezes in cold weather, breaking apart elements within the columns. 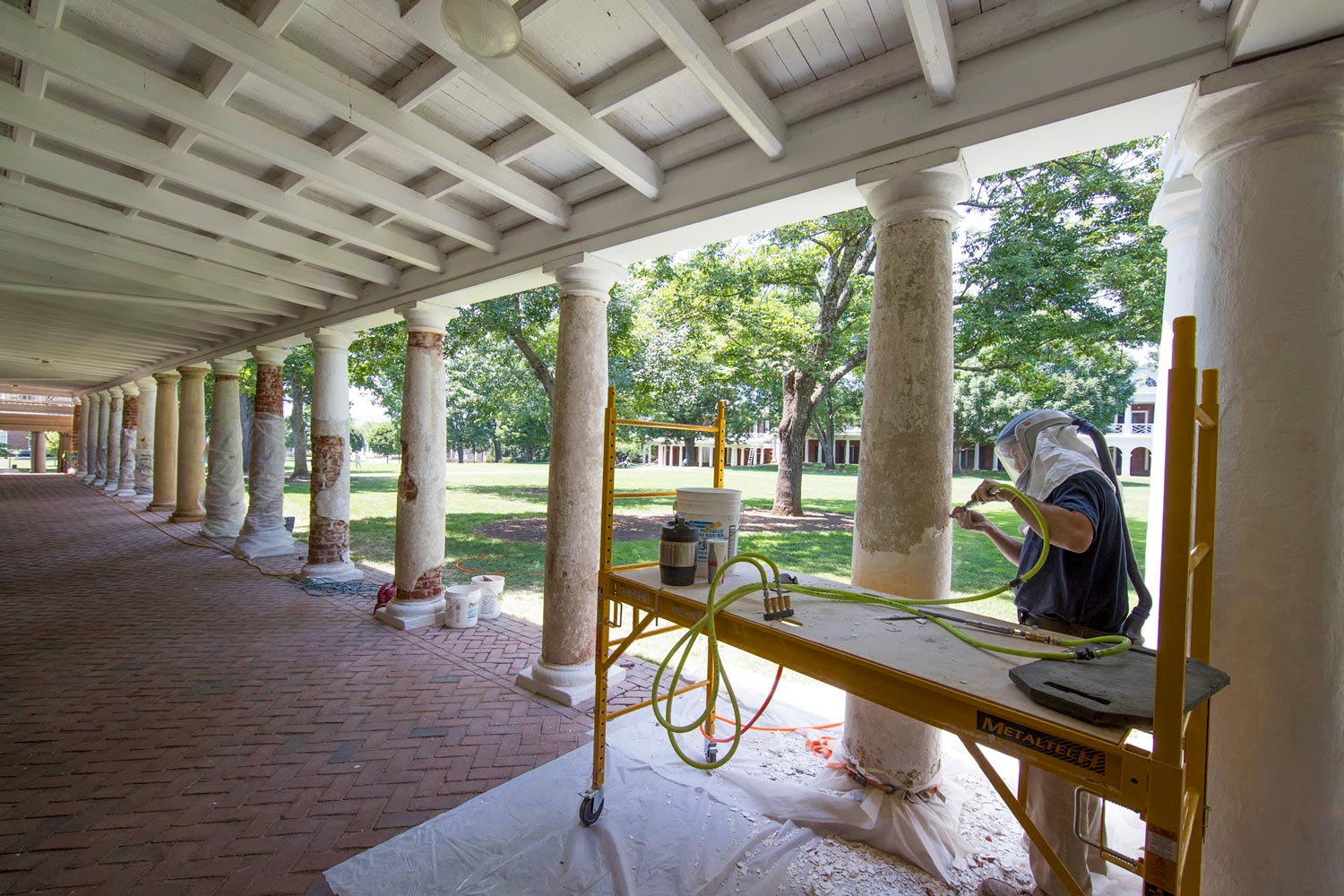 This summer, University masons are carefully removing the outer layers and old repairs, letting the columns dry out before recoating them with a render much like the original.

“Render is essentially plaster without the white coat, and was sometimes simply referred to as plaster,” said Mark Kutney, a conservator with Facilities Management.

“We have found evidence of significant salt content,” he said. “We don’t want to trap the salts. With the new breathable render, the salts can migrate to the outer surface, where they can be brushed away. We are also investigating how to reduce the salt load in the columns before applying new render.”

“When the columns were originally constructed, the sand, sourced from a local stream, would have provided much of the final color and texture in the render surface.”

The University’s masons are carefully preserving the original render on the column shafts where it survives, removing later cement repairs, and filling in with a traditional lime render in order to make the new and the old material compatible and breathable. For the stone capitals and bases, they are using a micro-abrasive system that employs finely ground marble to remove the last bits of paint while leaving the stone surface intact.

The crew is working on 14 pillars this summer, working out the most efficient method to restore the columns. The remaining columns will be done in small groups. Historic preservation funds have been set aside to restore another 10 to 14 columns next year.

Salt and moisture are not the columns’ only foes; Kutney said workers uncovered numerous nails that were driven into the columns for various reasons over the years. The oldest of these have corroded so severely they have shattered some brick. Some of the old repairs suggest the columns were used at one time for target practice, he said.

Here Is What You Need to Know About the New Coronavirus Variant, Omicron END_OF_DOCUMENT_TOKEN_TO_BE_REPLACED

Fall Is in the Air on Grounds END_OF_DOCUMENT_TOKEN_TO_BE_REPLACED

Meet the Cats and Dogs Your CVC Donation Supports END_OF_DOCUMENT_TOKEN_TO_BE_REPLACED