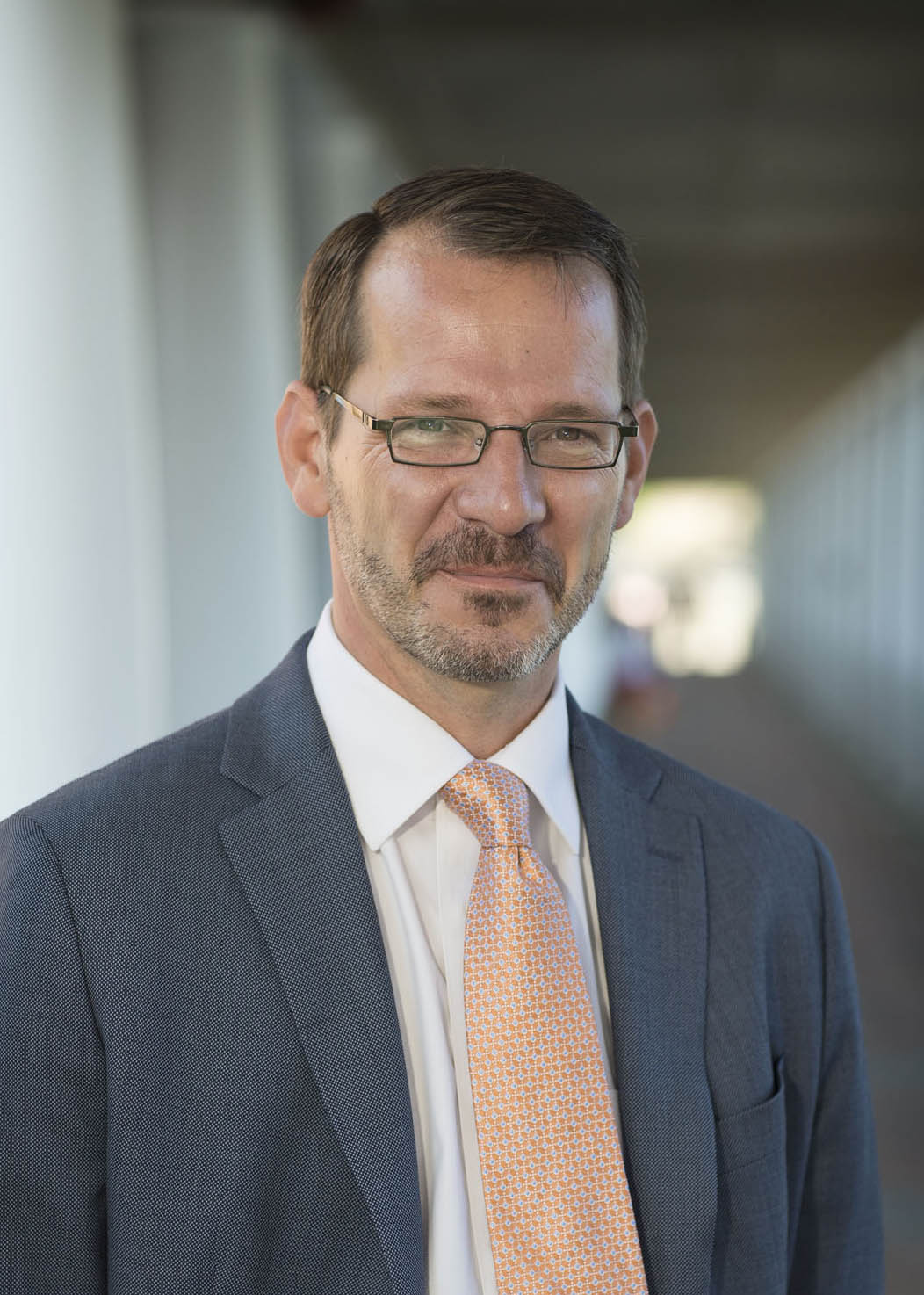 Welcoming his “fellow first-years” to the University of Virginia, Ian Baucom, the new Buckner W. Clay Dean of Arts & Sciences, posed a challenge Monday morning to the incoming class of students in the College of Arts & Sciences.

In his “First Lecture” address at a packed Old Cabell Hall, Baucom urged his audience of first-year students to embrace the University’s history and traditions while daring to transform them – all as they keep in mind the generations of influential path-breakers who preceded them on Grounds.

Following a distinguished 17-year career at Duke University, Baucom was appointed dean of the College and Graduate School of Arts & Sciences in April and arrived on Grounds last month. Spanning the liberal arts and incorporating the social sciences, arts, humanities and sciences, the College is U.Va.’s largest school and serves as its intellectual core. This fall’s incoming class enrolled in the College includes 2,878 first-years.

Baucom touched on the spectrum of his academic interests as a former English professor in a speech that referenced Salman Rushdie, T.S. Eliot and Garry Wills’ book, “Mr. Jefferson’s University,” which chronicled Thomas Jefferson’s idealistic vision for the University.

How, Baucom asked his audience, as they themselves are evolving into new individuals over the next four years, will they simultaneously renew, reinvigorate and refashion “this deeply historical place?”

In Rushdie’s book, “The Satanic Verses,” the author describes newness as entering the world as a novel, astonishing and inspiring fusion, Baucom said. In the novel’s case, he explained, that newness attaches to the immigrant experience of Indian and Bangladeshi families coming to London, fusing and joining heritages to older English customs to collectively form a new British social world.

“And that’s one reason why I’ve wanted to choose these lines as a text for us and for what you are all experiencing,” Baucom said. “Because in a meaningful way, you are all immigrants to Grounds, all newcomers to this University, all fusing and translating and conjoining who you are and what you bring from the richness of your personal, and family, and ethnic, and national, and religious and secular backgrounds. Bringing that to what has come before you, in this place, as you make it new.”

Baucom added that embracing that challenge involves acknowledging the University’s past, as the Commission on Slavery and the University established last year by U.Va. President Teresa A. Sullivan has begun to do. The commission aims to further the efforts of multiple groups researching and gathering resources on the contributions of enslaved laborers to the University.

“That is vital work, for all of us,” Baucom said, “whoever we are. If you can, join it and advance it.”

Baucom urged the students to consider the contributions of a spectrum of historically marginalized groups to the University, including some from recent history. He pointed out that hundreds of white and black students marched on the Rotunda in 1969, demanding that U.Va. commit itself to desegregation, to diversify its curriculum and establish a black studies program.

“They sought and managed to create not just a better University, but a better world,” he said.

Baucom encouraged his audience, as they walk the Lawn at night, to gaze at the stars and to try to see them from a variety of perspectives: from Jefferson’s eyes as he saw them “winking over this university from the crest of Monticello”; from the eyes of those enslaved, “for whom these new heavens, after the horrors of the Middle Passage, were another reminder of all that had been lost and left behind”; from “the eyes of the women from the class of 1974,” when the first cohort of undergraduate women earned bachelor’s degrees.

He went on to ask the assembled students to think ahead to their first night U.Va. football game at Scott Stadium, to look at those same stars “through the eyes of who you and we  are collectively, gay, straight and queer.”

“Consider those stars in relation to what it means to be a class that does not make divisions among yourselves, or among others, based on who you love,” Baucom said, urging them to help end the “not gay” chant which has marred the singing of “The Good Ol’ Song.”

Baucom concluded his 27-minute lecture by praising the College’s Class of 2018 as “this amazing new class of Cavaliers this place has been so long expecting and waiting for.”

A Year We Will Never Forget: 2019-20 in Review END_OF_DOCUMENT_TOKEN_TO_BE_REPLACED

‘What Will You Carry With You?’ Remarks From UVA President Jim Ryan END_OF_DOCUMENT_TOKEN_TO_BE_REPLACED