New Professor Studies Stigmatized Businesses While Breaking Her Own Barriers 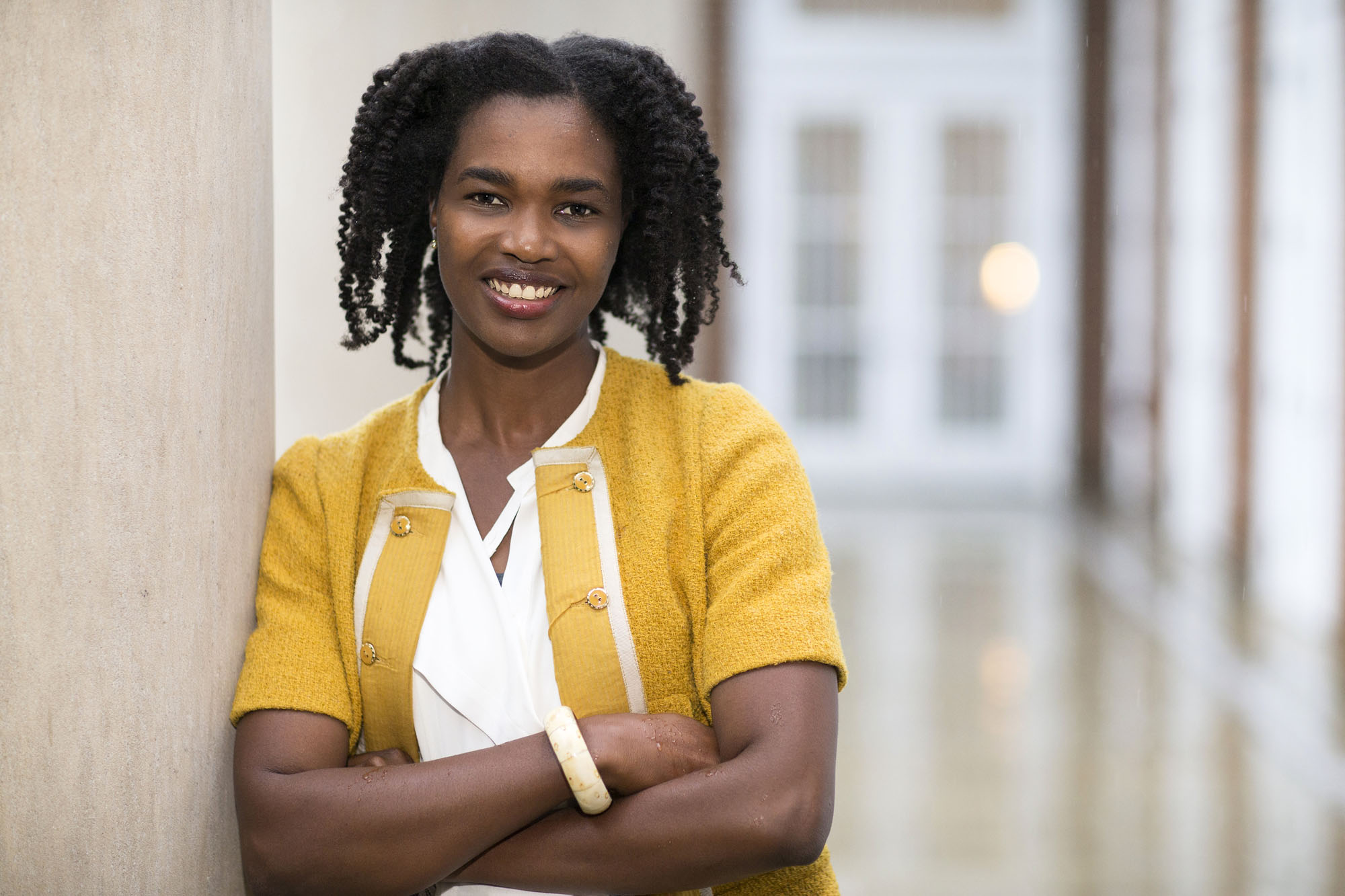 Kisha Lashley, newly hired as an assistant professor in the University of Virginia’s McIntire School of Commerce, studies how businesses’ reputations are made and broken, using examples from one of the country’s most stigmatized industries – medical marijuana.

She had not intended to focus her research on medical marijuana, but changed her mind when she noticed so many entrepreneurs entering a niche industry that she perceived as incredibly risky.

Lashley began interviewing entrepreneurs to determine how they were growing their businesses despite the stigma that had caused her to recoil from the topic.

Design was also important, she found. Dispensaries were careful in their design guidelines and the most effective kept their facilities as squeaky-clean as they wanted their reputation to be, especially as they navigated the competitive licensing process that all medical cannabis dispensaries are required to complete.

“A lot of it was symbolic, but businesses were also using very substantive measures – even redesigning their facilities – to change perceptions of what they were doing,” she said.

Though based on the medical marijuana field, Lashley’s conclusions could apply to other businesses that hover on the fringes of social acceptance, as well as mainstream businesses whose reputations have taken a hit and entrepreneurial businesses that are attempting to win over consumers in unfamiliar territory.

The pursuit of the unfamiliar is something that Lashley herself is very familiar with, having moved from Dominica to the United States to attend Berea College in Berea, Kentucky. Just a few months after the acceptance letter came, the 18-year-old Lashley got on a plane, unsure what to expect on the other end of the flight.

“It was challenging, and very different from what I was used to,” Lashley said of the move from a Caribbean island to landlocked Kentucky. “For a long time, I felt like something was missing and it took me a while to realize that it was the ocean. I was used to seeing the ocean every day.”

After graduating from Berea, Lashley completed a master’s degree in management of technology at Vanderbilt University, focusing on entrepreneurship and technology in higher education. She first worked at Emory University in Atlanta, sourcing and negotiating the transfer of research materials, and then served as a director of Baltimore’s Greater Baltimore Committee, helping local businesses find suppliers that were either locally owned or owned by women or minorities.

With several years of management experience under her belt, Lashley returned to the world of academia, this time undertaking a Ph.D. in business administration at Penn State. Again, she was entering less familiar territory. According to a recent survey of members of the Association to Advance Collegiate Schools of Business, women hold only 23.6 percent of tenured faculty positions at U.S. business schools. Women of color were even less represented, with black women holding 3.7 percent of tenure-track positions in academia, as of 2013.

During her studies, Lashley became involved with an organization working to change those statistics. The Ph.D. Project aims to increase the diversity of business school faculty by supporting women, African-Americans, Hispanic Americans and Native Americans as they pursue doctorates and enter the academic job market. The organization funded Lashley’s attendance at the annual Academy of Management Conference, where The Ph.D. Project hosts a networking event. Lashley always attends those events, eager to meet with other women and minorities working in the business school environment.

“They have done a good job bringing more minority groups into the world of business education, and the support network is excellent,” she said.

Lashley, who had her first child before beginning her Ph.D. and her second during the program, has particularly enjoyed the opportunity to meet other women pursuing tenure-track professorships and discuss the unique challenges of balancing academic work with a growing family. Her husband, Bevin Etienne, teaches entrepreneurship at the Commerce School, and the couple relocated to Charlottesville this fall with their 6-year-old son and 2-year-old daughter.

“There are many women at the Ph.D. level but, comparatively, not that many female faculty members pursuing the tenure track in business education,” she said. “It is certainly something that I would like to see grow.”

More recent data is already showing progress in the recruitment and retention of female business students at all levels, Lashley points out. At least 50 percent of the students in her doctoral program were women, and 45 percent of current undergraduates in the Commerce School are female.

In addition to sharing her own corporate and entrepreneurial experience, Lashley hopes to be able to provide guidance to any students interested in academia. So far, she has been impressed with what she has seen from her undergraduate students.

“They know a lot about what is going on in the business world and read a lot outside of class, which really adds to the conversation,” Lashley said. “It is nice working with students who work hard and really want to be pushed.”

Monkeypox Is Spreading, But University’s Risk Believed To Be Low END_OF_DOCUMENT_TOKEN_TO_BE_REPLACED

Q&A: Assessing the Risks and Rewards of Pelosi’s Plan to Visit Taiwan END_OF_DOCUMENT_TOKEN_TO_BE_REPLACED

These Giant Wind Turbines, Inspired by Palm Trees, May Be the Future of Renewable Energy END_OF_DOCUMENT_TOKEN_TO_BE_REPLACED