New Report Mulls Transportation, Parking Options for the Next Decade 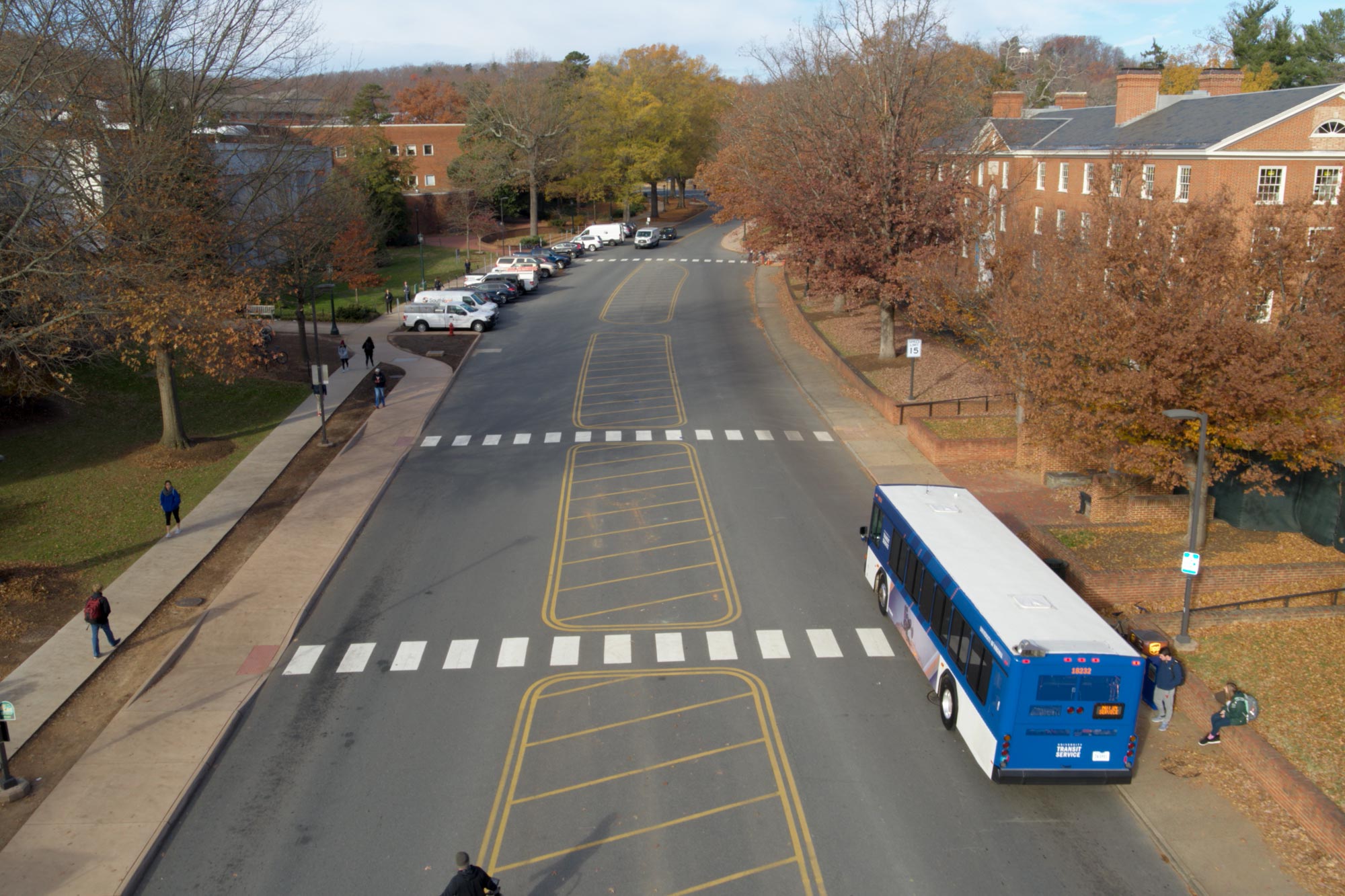 The University of Virginia’s 10-year parking and transportation master plan features a combination of transportation innovations and increasing parking efficiency and capacity.

A steering committee equipped with significant input from the public and employees directed the plan, a joint effort produced by the Office of the Architect for the University and the Department of Parking and Transportation. The final report promotes transportation alternatives, such as enhanced incentives for carpooling, along with more traditional responses, such as expanding the parking inventory. The options are laid out in short-, mid- and long-term plans, although Rebecca White, director of the Department of Parking and Transportation, said there is a great deal of flexibility.

“The parking and transportation study looks 10 years out to understand what is going to happen with our transportation options and parking inventory,” White said. “Spoiler alert: There are times during those 10 years where if we don’t do anything, we are going to run out of parking spaces in key areas.”

Julia Monteith, senior land use planner for the Office of the Architect, said, “We worked carefully in the plan development to coordinate with the long-term University land-use planning to ensure beneficial collaboration for the Grounds.”

According to the transportation plan, the University has approximately 9,860 employees in the Academic Division and another 7,610 in the Health System, with about 82% of the faculty and staff driving to work. At the same time, nearly all students either ride University Transit System buses, walk or bicycle. The University currently has 19,344 parking spaces to accommodate employee, student and patient/visitor needs. During the past five years, demand for employee parking permits has increased by about 5%; student parking permits have decreased by about 5% annually.

New collaborations with the Charlottesville Area Transit and JAUNT (Jefferson Area United Transportation) were moved from the mid-term to the short-term priorities list when JAUNT announced it was adding fixed-schedule shuttles linking Crozet, Buckingham and Lovingston to Charlottesville to its existing 29 Express Service, now called 29 North CONNECT.

The Crozet CONNECT shuttle went into service Aug. 5 and offers two routes through Crozet, three staggered shuttles in the morning and three in the afternoon for each route. (All of JAUNT’s CONNECT services can be found here.) UVA will pay the fare of University employees using weekday CONNECT services.

“Crozet CONNECT is serving both UVA and the Downtown Mall. Those are the big worksite destinations,” White said. “Each bus seats 28 and they have contingency plans if the scheduled buses approach 80% full.

“The Crozet CONNECT schedule supports shifts that start between 7 and 9 a.m. and end between 4 and 6 p.m.,” she said. “It supports a lot of academic shifts, as well as administration, outpatient and trades jobs. The schedule won’t support everyone’s shift, but it will serve many.”

Other transportation changes already implemented include an express commuting bus on the Blue Line for early morning UVA commuters.

“We tweaked one of our routes to emphasize early morning express service from 5 to 7 a.m.,” White said. “We have hundreds of employees that have to be at work at that hour.”

Under short-term planning, the report recommends building additional parking facilities during the next one to three years, including remote and shared-parking options; increasing the efficiency of the existing parking facilities; enhancing accessibility to Grounds, such as by providing additional bicycling amenities; strengthening the transportation demand management program; and revamping permit fees, which could include altering the payment structure and potentially offering things not available now, such as pay-as-you-go parking.

“When they get built, we will focus our bus service to support them,” White said.

To increase parking efficiency, the University is shifting the allocation of some of its existing parking spaces.

“We are opening up student parking in underutilized parking areas in West Grounds that are served by the UTS Northline and University Loop routes, to create space for commuters in existing transit hubs, like the Emmet/Ivy Garage and Scott Stadium,” White said. “For instance, when Hereford College was built, it was for upperclass students, and now it is 90% first-year students who can’t bring cars. That has resulted in 200 parking spaces that would be empty if it weren’t assigned to the right group. Employees are concentrated in the morning and afternoon, so the Blue and Red Lines are well-suited to them.”

Medium-range planning, for four to six years out, calls for evaluating and, if necessary, building additional parking facilities and using technology to enhance parking operations.

Long-term, White and the Office of the Architect want to continue enhancing accessibility to Grounds and possibly offering a University-run commuter shuttle service.

“While we need to address the parking issues that we are facing in the next few years, we are also considering longer-term strategies that include ways to make the Grounds more walkable and connected. The development of the Ivy-Emmet Corridor is an important piece of the puzzle,” Executive Vice President and Chief Operating Officer Jennifer Wagner Davis said.

Another long-term strategy is to create remote commuter lots, where commuters can meet and take one car to the University. The JAUNT shuttle from Crozet is viable because of the concentration of UVA employees in a small geographic area there. About 780 Crozet residents hold UVA parking permits. By contrast, UVA-bound commuters from Greene and Madison counties are more spread out until they reach U.S. 29, so a collector parking lot there might be more appropriate.

“There are a lot of commuters on Route 29,” White said. “Where is the sweet spot to create the parking intercept? Where do we catch them? Four miles out? Eight miles out? And how do we serve them? Short-term, we’re thinking of a park-and-ride that allows employees to meet and bring one car on Grounds. Long-term, we’re thinking of a large number of employees being intercepted and served by transit, with commuter buses rolling in to take people those last few miles.”

For complete information about the goals of the study, the results of the public engagement and analysis, visit here.

“This plan is part of the University’s effort to establish a strategic approach to meet the evolving parking and transportation needs of its students, faculty, staff, patients and visitors,” White said.

Should Alcohol Have Warning Labels About Cancer Risk? Most Americans Say ‘Yes’ END_OF_DOCUMENT_TOKEN_TO_BE_REPLACED