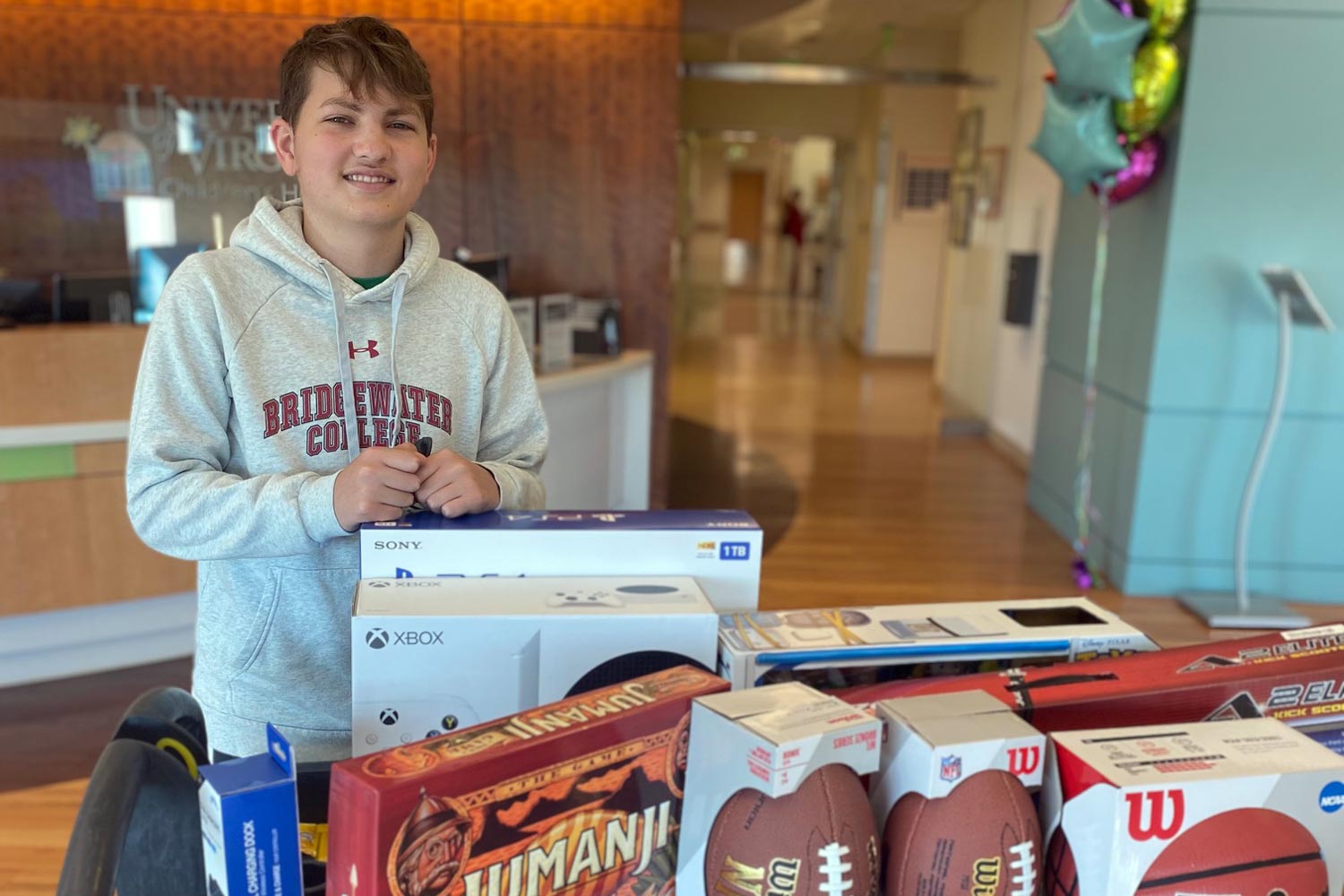 The New York Yankees honored Rockingham County’s Luke Post this month for his fundraiser to support patients like him being cared for at UVA Children’s.

Luke has been receiving cancer treatment at UVA Children’s since May 2019 for T-cell lymphoblastic lymphoma, requiring the 15-year-old to make frequent trips to the hospital for inpatient care.

“In those early days when I would go for treatment, I would sit there feeling really bad without much to do to keep my mind off things,” he said. “And I noticed that there are a lot of activities to help the small children pass the time, but not for teenagers like me.”

So he designed a T-shirt – titled “No One Fights Alone” – to raise money for things like books, video games, toys and movies targeted to kids his age, bringing in more than $6,000.

“When Luke told me about his gift, I was blown away, but I can’t say that I was surprised,” said Tina Berg, a child life specialist at UVA Children’s. “The Posts are such a loving and giving family.”

Luke’s gift also attracted the attention of the Yankees, who honored him in early July during its Helping Others Persevere & Excel, or HOPE, Week, a community program that brings to light remarkable stories intended to inspire people into action in their own communities.

Several Yankee players joined Luke online earlier this month to play a game of MLB The Show, a popular video game. Once Luke completes his treatments at UVA Children’s in August, the Yankees plan to honor him in-person at Yankee Stadium.

Yesterday, players joined Luke Post for some friendly competition on MLB The Show. Luke, who was diagnosed with t-cell lymphoblastic lymphoma, designed his own “No One Fights Alone!” t-shirts & raised more than $6,000 to help kids like himself at UVA Children's Hospital #HOPEWeek pic.twitter.com/a6pYrHhB5y

“I still get a little anxious about treatment, but I know it’s almost finished,” Luke said. “I can think about the other kids using the gifts we’ve given, and it makes me feel happy knowing that I’m helping other people.”

The T-shirts designed by Luke can be purchased here.