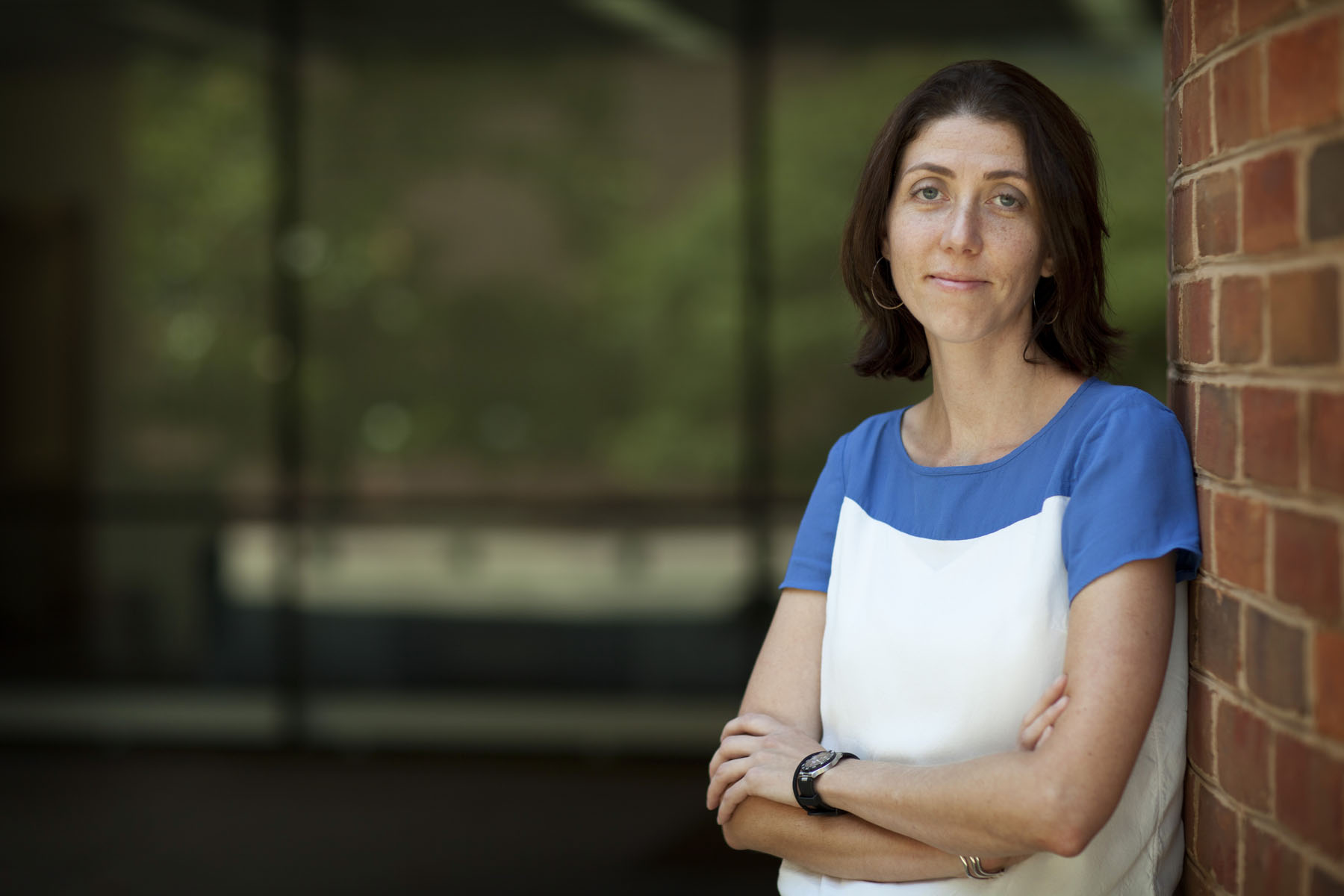 Julie Schexnayder, a doctoral student in the University of Virginia School of Nursing, has something of a love affair with infectious diseases. The push and pull between disease and resistance, the dance between virulence and harmlessness – she finds the process fascinating.

So the recent $16,000 grant from the Pfizer Initiative in International Health that Schexnayder received – part of a U.Va. School of Medicine-administered initiative, which establishes the some-time nurse practitioner as a Pfizer International Scholar – is straight up her alley. With the money, Schexnayder is examining the inner workings of a South African clinic that integrates HIV and AIDS care with primary care in an area where roughly one in five people is HIV-positive. Her analysis will help determine the strengths of a model that offers HIV and AIDS care as part of the routine mix.

Her analysis couldn't come at a better time. In sub-Saharan Africa, nearly 23 million people are HIV-positive. In South Africa, nearly 18 percent of the adult population between ages 15 and 49 is stricken, according to U.S. estimates. Schexnayder's study will inform how to best serve and care for this growing population.

Though she's an avid traveler and intrepid hiker, the clinic's remoteness isn't the factor weighing most heavily on her mind. It's gathering the data – qualitative, rather than number-oriented – that gets Schexnayder out of her comfort zone. Figuring out a way to measure how, say, a facility's size has an impact on the care dispensed there, and how that, in turn, affects patient retention and survival rates, won't be easy.

"I have to keep telling myself that this is a doctoral program to teach me how to do these things," laughed Schexnayder, who grew up in Fredericksburg. "These qualitative questions, the whys – I have to be flexible. I'll have to roll with it."

Her mentors and professors, however, say she is definitely up for the job.

"Someone like Julie raises the level of the Pfizer award," said April Ballard, administrator for the School of Medicine's Infectious Diseases Training Program. "She is truly exceptional."

Armed with the Pfizer grant, Schexnayder's two-part project, which begins this summer during her first four-week trip, will give her a chance to look hard at the clinic's nuts-and-bolts facility, the formal and informal process of HIV care given there and the staff's perceptions of their effectiveness. By early next year she'll be ready to examine the clinic's outcomes, particularly patient numbers, retention and mortality rates, as compared to other clinics in the province, many of which she's visited. During her second, six-week long visit, Schexnayder will shadow clinic staff, comb through their reports and convene focus groups with them to see what's working – and what's not.

"The shift of HIV care from tertiary centers to the primary health care site is a key example of innovative health systems policy, and Julie will have a chance to see it happening," said Rebecca Dillingham, a School of Medicine professor who's among those overseeing Schexnayder's work. "Her observations and analyses will inform her practice in the U.S. and provide opportunities to identify new research questions related to HIV care delivery in rural areas."

The questions she's started asking – about the clinic's structures, processes and their impact on outcomes – will ultimately inform how rural clinics can best dispense and deliver care for those living with HIV. And getting a better sense of existing primary care facilities offering HIV and AIDS care will inform the expansion of such programs in areas where money and resources are scarce.

South Africa as a whole has already established a national target to expand access to antiretroviral drugs to 80 percent of its population in need of HIV treatment. Their goal, however, is a difficult one for this country of nearly 50 million. By 2009, only about 40 percent of adults needing treatment were receiving it.

It's a series of math problems that Schexnayder is eager to power through, however – even if it means a departure from the comfort of home.

"I'm somebody who likes everything organized, having all my ducks in a row," Schexnayder said. "But I recognize it doesn't usually tend to work that way."

Should Alcohol Have Warning Labels About Cancer Risk? Most Americans Say ‘Yes’ END_OF_DOCUMENT_TOKEN_TO_BE_REPLACED