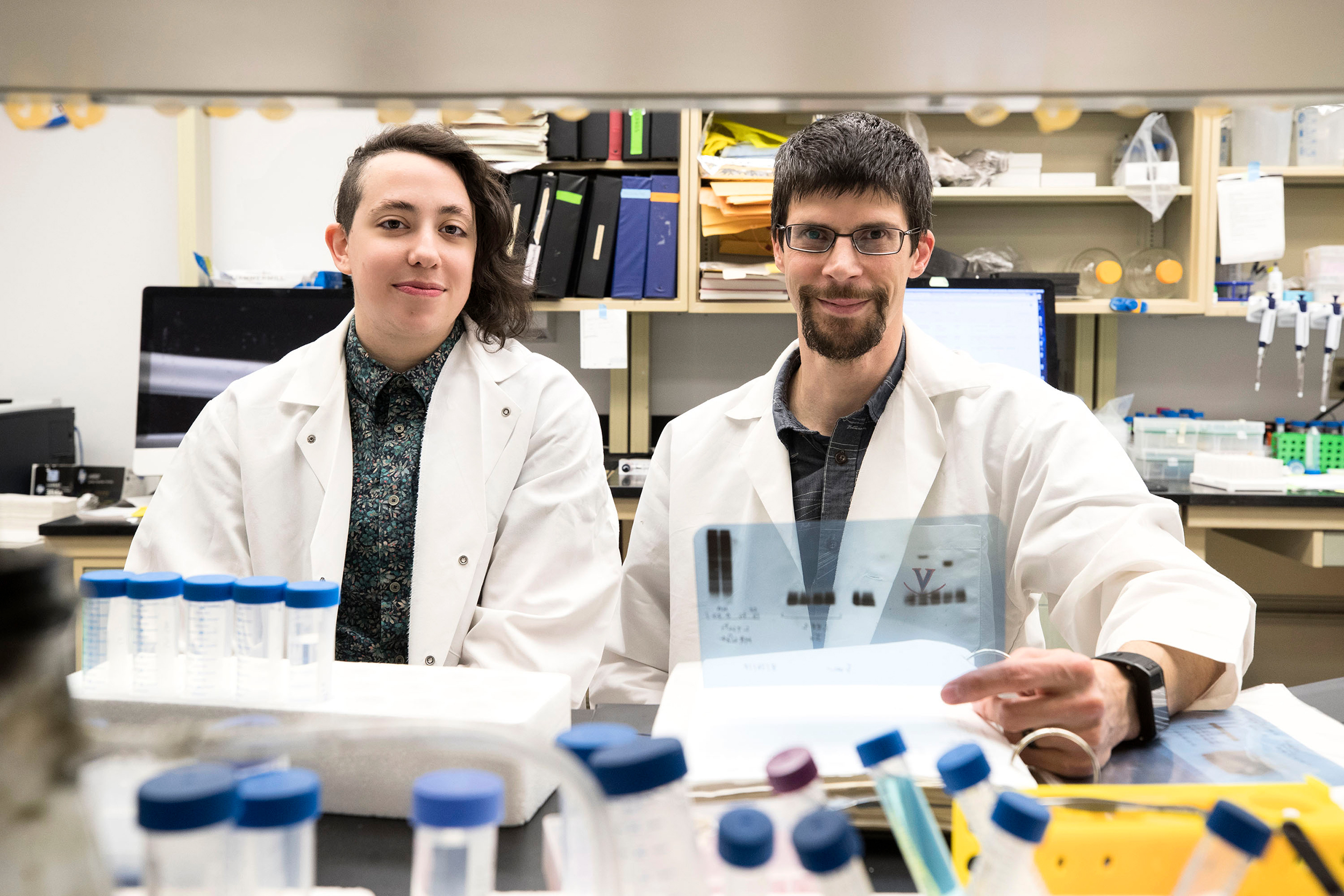 Graduate student Dorian A Rosen, left, and head researcher Alban Gaultier of the Department of Neuroscience, in the Gaultier lab. (Photo by Dan Addison, University Communications)

An antidepressant drug used to treat obsessive-compulsive disorder could save people from deadly sepsis, new research from the University of Virginia School of Medicine suggests.

Sepsis is a significant cause of death around the world. The federal Centers for Disease Control and Infection calls it “the body’s extreme response to an infection.” Essentially, the body’s immune response spirals out of control, and the normally beneficial inflammation becomes harmful. The result can be tissue damage, organ failure or even death.

“Sepsis is very dangerous. In the U.S., 1.7 million [people] get it every year, and 270,000 people die,” said researcher Alban Gaultier of UVA’s Department of Neuroscience and its Center for Brain Immunology and Glia, or BIG. “Once you get diagnosed, you have a high chance of mortality. And there is no good treatment. Basically, we will try to keep you alive and monitor you as much as we can. So clearly there is a critical need for treatment.”

Gaultier and his team have identified a drug that could offer that treatment – and previous safety testing of the drug could fast-track it into use in hospitals around the country.

A Simple Solution for Sepsis?

The UVA researchers were looking at a little-studied biological process inside our cells when they determined it has an important role in regulating inflammation. They began studying it partly because there are already drugs that can affect some of the biological players in the process.

“Inflammation, most of the time, is good. It’s when it gets out of control that we need to modulate it,” Gaultier said. “Inflammation is a very precisely controlled reaction. When we need it and have too much, it’s a problem, but when we don’t have enough, it’s also a problem.”

To evaluate the potential of one drug, the antidepressant fluvoxamine, to stop sepsis, Gaultier’s team tested it in a mouse model of the disease. The drug worked very effectively, they found.

Gaultier hypothesizes that the same biological process could be targeted to generate beneficial inflammation when needed, such as in immune-compromised people. “By inhibiting the receptor, we could activate inflammation in conditions where patient don’t have a proper inflammatory response,” he said.

He plans to continue his research, including testing that hypothesis.

When Less Is More: How Harnessing the Power of Subtraction Can Add to Life END_OF_DOCUMENT_TOKEN_TO_BE_REPLACED