One Year In, UVA Doctor Reflects on Fighting the Pandemic at Va. Department of Health 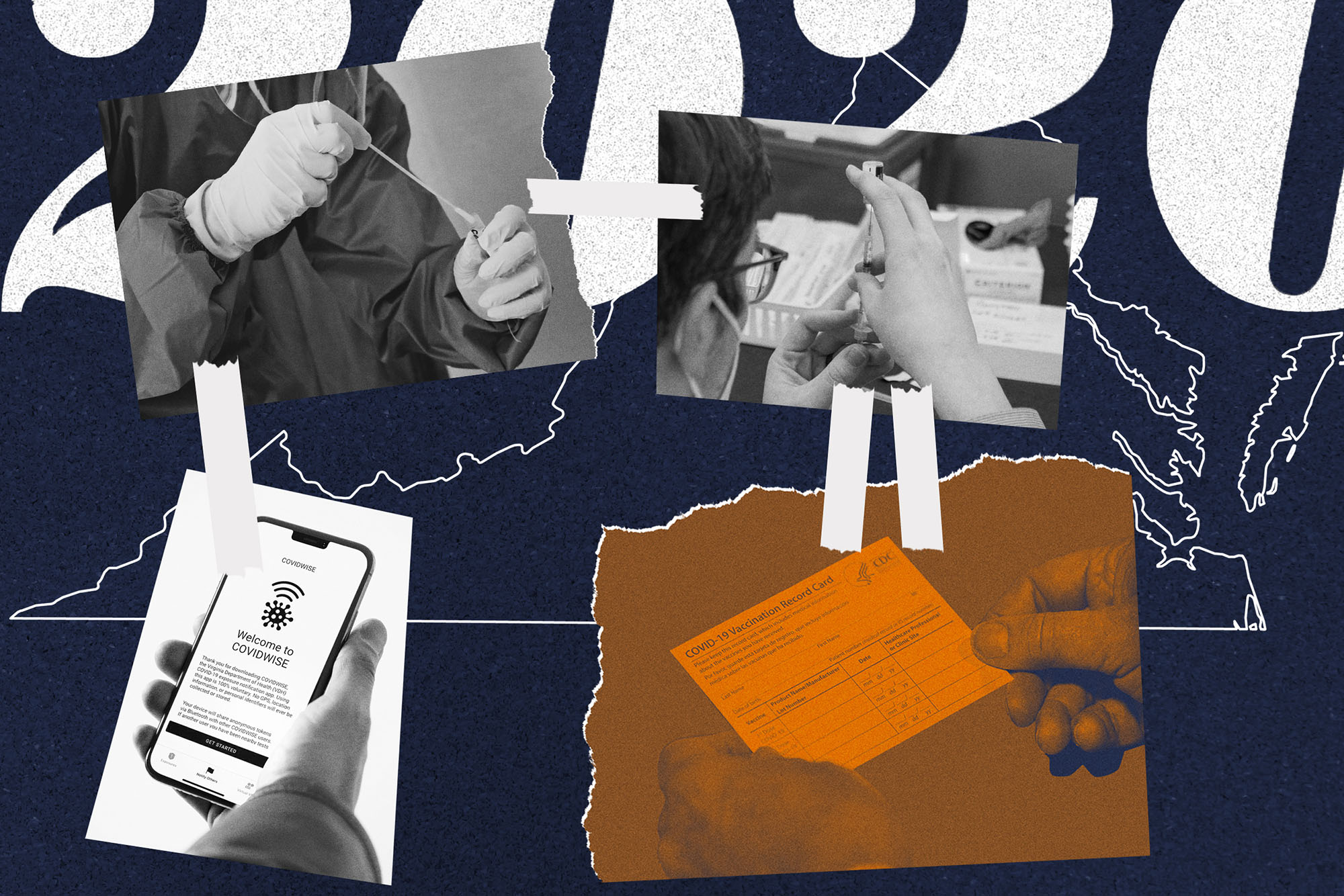 As COVID-19 cases mounted in the United States last spring and it became clear that the next few months would be anything but normal, Dr. Chris Ghaemmaghami began to take stock of how he could help.

He could care for patients, certainly – Ghaemmaghami has been with UVA Health as an emergency physician since 1998. However, he suspected his skills in leadership and operations might be even more useful. He had just finished a yearlong stint as the UVA Medical Center’s interim chief executive officer when the pandemic hit and had previously served as chief medical officer from 2014 to 2019, as well as medical director of the Emergency Department.

He knew how to get an expert, effective team together to solve big medical problems and soon, he knew, the commonwealth would have a very big medical problem on its hands. So last April, when Ghaemmaghami stepped down as interim Medical Center CEO, he called State Health Commissioner M. Norm Oliver and Dr. Lilian Peake, state epidemiologist at the Virginia Department of Health, with an offer to help.

“I had some choices, in terms of how to direct my efforts, and I began looking for ways I could have the biggest impact in the effort to combat the largest public health disaster in a century,” he said. “I felt like I could provide assistance to the commonwealth, with my health care leadership experience at UVA. Watching what was happening, I realized Virginia needed a good contact tracing, isolation and quarantine program, and needed it fast.”

More than a year later, Ghaemmaghami and the VDH Containment team – largely working from home, with people they have not met in person – have built up Virginia’s contact tracing program, hiring more than 2,000 people, quickly beefing up IT infrastructure and launching a contract tracing app, COVIDWISE.

The Department of Health had been doing contract tracing for years for isolated cases of tuberculosis, measles or similar infectious diseases, but nothing on the scale needed to contain a pandemic as infectious and widespread as COVID-19 proved to be.

“We needed to elevate that work into a large-scale effort, with standardized practices and high reliability,” said Ghaemmaghami, who continued working shifts in UVA’s ER and retained his faculty appointment during this time. “We were able to get into a rhythm pretty quickly and get the program up and running.”

The work did not stop there, though. With contact tracing and testing programs underway, Dr. Parham Jaberi, chief deputy commissioner at the Virginia Department of Health, asked Ghaemmaghami to help organize and promote the distribution of monoclonal antibodies to patients across Virginia. UVA was among the clinical trial sites that determined these antibodies could help prevent severe disease among high-risk patients who had contracted COVID-19, but had not yet been hospitalized. 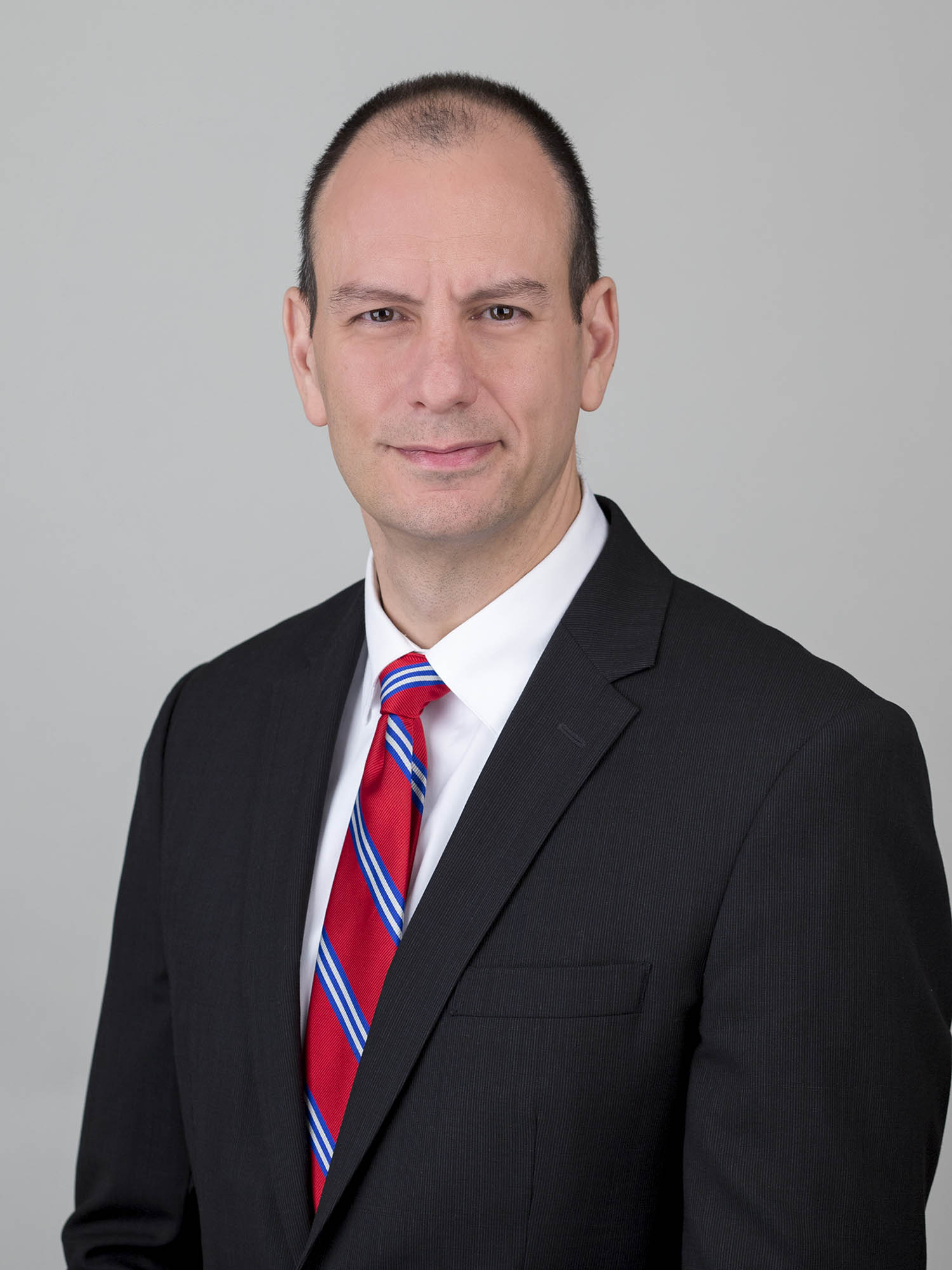 “Monoclonal antibody therapy was shown in preliminary trials to decrease the need for hospitalization by about 70% in high-risk patients,” Ghaemmaghami said. He and his team collaborated with hospitals across the state, including UVA, to set up about 70 sites to distribute the treatment, ultimately delivering doses to more than 13,000 patients in Virginia.

“We believe that we saved a lot of people from being admitted to the hospital, and helped them to recover more quickly,” he said.

Next, of course, came the vaccines. In mid-December, long-awaited doses of COVID-19 vaccine arrived in Virginia, and soon after, Ghaemmaghami was asked to join the leadership team at VDH, focused on launching one of the largest vaccination campaigns in American history, as quickly as possible.

“This really has not been done before, except perhaps with the polio vaccination campaign in the 1950s,” Ghaemmaghami said. “This is a bit more difficult, because it is injectable [some polio vaccines were given orally] and in many cases requires two shots.”

“We put a delivery management system in place, and worked across all 35 of Virginia’s health districts to build up capacity to deliver 100,000 shots a day,” he said. “Right now, we are really beating our targets.”

Jaberi said he is grateful for Ghaemmaghami’s work in each phase of the pandemic, from early contact tracing to vaccination.

“Dr. Ghaemmaghami’s unique mix of experiences in health care administration, clinical practice and academic medicine, combined with his collaborative leadership style, has led to marked successes on multiple fronts in the state's response to COVID-19,” Jaberi said. “We are highly grateful of Dr. Ghaemmaghami’s contributions and the willingness of the University of Virginia to work with the state to effectuate this collaborative effort.”

With the “light at the end of the tunnel” – a phrase we have all heard a lot by now – growing ever so slowly brighter, Ghaemmaghami has had some time to reflect on the past year, which took him from a familiar role at UVA to a less familiar, but equally exciting role in public health.

“It was a great introduction for me to public health, which thinks about things a little differently than we do in health care,” he said, noting that the difference can be hard to see from the outside looking in.

“Public health is really geared toward improving community health and wellness, while health care, as much as we do care about those things, is focused on solving discrete problems at the patient level – a patient comes in and we need to figure out how to treat them.”

Fighting a pandemic, he said, requires a mix of the two.

“A large-scale pandemic response needs to live somewhere between those two approaches – you need both mindsets,” he said. “I felt like I was able to bring that balance to the Department of Health, especially as I was still seeing patients in the UVA E.D. I actually prescribed the monoclonal antibodies that I was helping to distribute across the commonwealth.”

Another lesson? Process is critical.

“We had to build an effective process, with minimal waste, maximum efficiency and accounting for not only speed, but equity and accessibility,” he said. “Building that process to scale has been a huge part of this effort. We will deliver somewhere around 14 million vaccine doses, and have handled thousands of contact tracing cases per day for a year. The magnitude is different than anything we have seen before.”

As the volume of COVID-19 cases in Virginia hopefully continues to shrink, Ghaemmaghami said, contact tracing will actually become even more important.

“We hope that cases will continue to come down, though we will likely see a few fluctuations as variant strains flare up. It will not be a straight decline,” he said. “As case numbers decrease, contract tracing will (once again) become even more critical, because it will be important to identify cases that do come up and quickly test and isolate those patients. It will be our best way of getting and keeping this under control while we continue to vaccinate the general public.”

As far as vaccines are concerned, Ghaemmaghami remains concerned about equity – ensuring that vulnerable and harder-to-reach populations, especially minority groups, have access to vaccinations. With all Virginians age 16 and older now eligible to receive the vaccine, he and his team have once again shifted their attention, this time to helping those who might have the most trouble accessing vaccination sites.

“We have built great partnerships with local health districts to help people schedule vaccinations, and are working with local fire and rescue groups, including some in Charlottesville, to help reach and identify people in need,” he said. “Now, I am focused on finding people who are homebound and helping them get the vaccine, working with organizations like Meals on Wheels and other state agencies.”

He expects that the next phase of the vaccination effort will focus less on big, come-one-come-all vaccination events and more on individual outreach and walk-in sites that require no pre-registration or scheduling of appointments.

“Reaching out to help people learn about and access vaccines is time-intensive, and that will continue to be a big effort over the summer,” he said. “I think you will see more local health districts shifting away from large vaccination events and toward on-site outreach to hard-to-reach populations.”

Ultimately, after a long, hard year, Ghaemmaghami is optimistic.

“Earlier this month, we hit a milestone with about 70% of Virginians over 65 being vaccinated, and that is huge,” he said. “Those are the people most at risk for bad outcomes, typically, and that will translate to fewer health complications for patients and less burden on our health care workers and hospitals.”

That relief, Ghaemmaghami said, “would not be possible without all of tremendous partnerships, and all of my colleagues and VDH staff across the state who have worked so hard to get us to this point. I am very thankful.”

A Giant ‘Thank You,’ a Dose of Optimism and Bonus Good News END_OF_DOCUMENT_TOKEN_TO_BE_REPLACED