Osama bin Laden Was Killed a Decade Ago. Here’s Why It Still Matters. 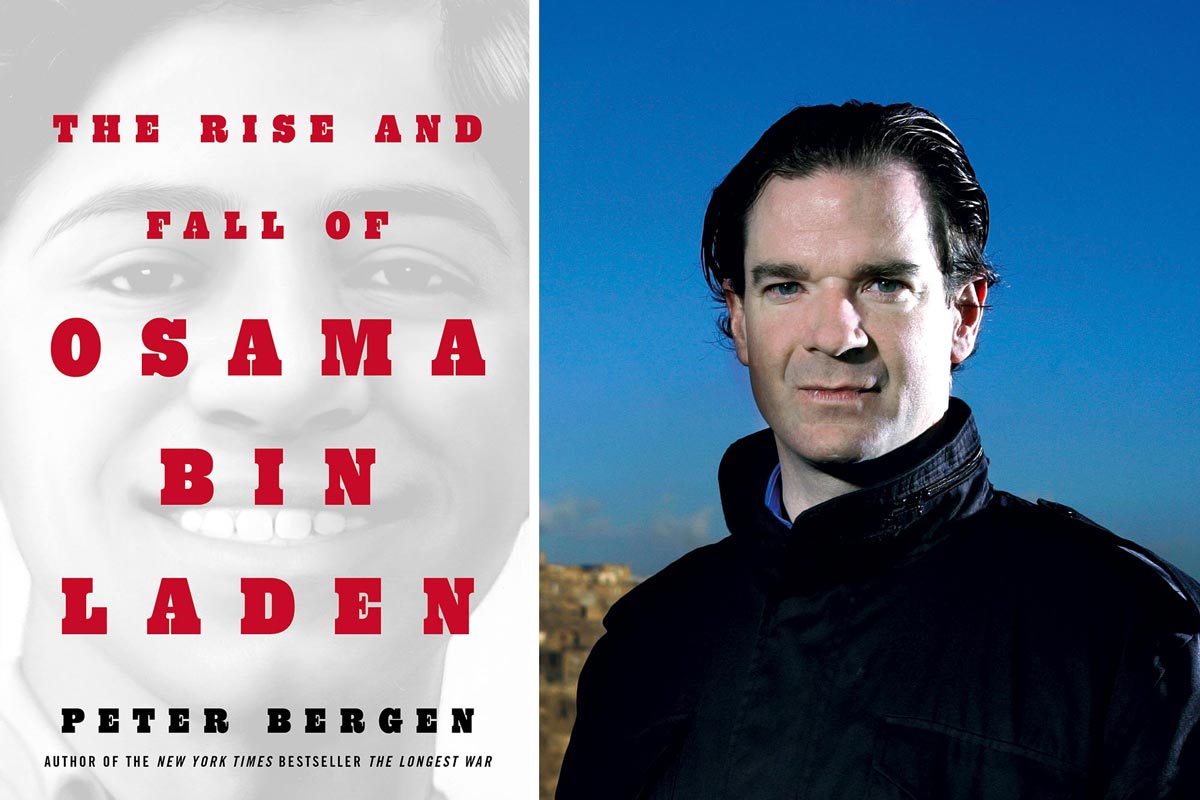 CNN national security analyst Peter Bergen will discuss the findings of his new book during a virtual visit with UVA’s Colonnade Club on Tuesday. (Contributed photos)

Ten years after 9/11, U.S. forces finally caught up with Osama bin Laden, mastermind of the deadliest attacks on American soil, killing him in a raid on the Pakistani compound that housed him and his family.

The moment punctuated America’s journey through the trauma of 9/11, but it was anything but a conclusion. Conflict spurred by the attacks continued through a second decade – springing back into headlines even today, as the Biden administration moves to end major involvement in Afghanistan and Iraq.

How did a privileged, soft-spoken young man transform into a global leader of terror intent on waging war on America and killing thousands of people? How and why did the world miss or ignore so many warning signs about bin Laden’s growing influence and threat? How is bin Laden’s legacy inspiring his ideological heirs today in ways that will extend violence?

Bergen, who produced the first television interview of bin Laden in 1997, this month published “The Rise and Fall of Osama bin Laden” (Simon & Schuster), a biography of the terror leader that combines information gleaned from more than 20 years of Bergen’s journalism with hundreds of interviews and thousands of pages of government and personal bin Laden documents that became available only after his death.

On Tuesday, Bergen will discuss the findings of his book during a visit with the University of Virginia Colonnade Club. The virtual event, free and open to the public, begins at 6:30 p.m. (Zoom link will be active when event begins.)

UVA Today connected with Bergen via email in advance of the event to discuss his book, including its connections to UVA.

Q. Osama bin Laden has been dead for a decade, and the U.S. has not suffered another major terror attack on its soil since 9/11. Why were you compelled to write a book about him during this time?

A. Two decades after those 9/11 attacks, many of the college students whom I teach understand the attacks on New York and Washington only through the prism of history rather than of lived experience, as they were not alive when 9/11 happened. One bright student asked me, “Is there a difference between al-Qaeda and the Taliban?” There’s a lot to unpack there. And many of the men and women who are now volunteering to fight in America’s long post-9/11 wars similarly see 9/11 as an event that has passed into history. So, it’s a propitious moment to write a reappraisal of bin Laden in all the many dimensions of his life.

Q. The book is loaded with insights about both bin Laden and about American efforts to assess his risk and then capture or kill him. What did you learn that surprised even you, a person who has been closely reporting this story for years?

A. The extent to which bin Laden’s two oldest wives, Umm Hamza, who had a Ph.D. in child psychology, and Siham Sabar, who had a Ph.D. in Koranic grammar, played key, hidden roles in formulating his ideas and helping him prepare his public statements.

Q. You say the book is an attempt to explain the transformation of bin Laden from a devoutly religious, soft-spoken person to a radical leader intent on killing as many Americans as possible. What did you learn from that investigation that might be helpful to us going forward?

A. There was nothing inevitable about bin Laden’s transformation over the course of decades from a quiet, humble, religious young man into the leader of a global terrorist network who was intent on killing thousands of civilians. This book is an attempt to explain how that transformation happened. For bin Laden, his radicalization was a process that played out over decades.

Q. One of the protagonists of your book is a UVA graduate and State Department analyst named Gina Bennett, who began seeing bin Laden’s fingerprints all over activities in the earliest days of al Qaeda – well before 9/11. Why was she so important to the story?

A. Just one week out of the University of Virginia, with a degree in economics and foreign policy, Gina Bennett started working at the State Department as a clerk-typist in June 1988. After a couple months Bennett’s boss told her, “Gina, you don’t belong here. I’m going to promote you so you can get a job as an intelligence analyst.”

Bennett started at the State Department’s Bureau of Intelligence and Research, one of the smallest U.S. intelligence agencies. Bennett’s first job was as a “terrorism watch officer,” working eight-hour shifts, during which she monitored intelligence and news media to analyze terrorism trends and to respond to terrorist attacks when they occurred.

The Berlin Wall fell at the end of 1989 and then the Soviet Union collapsed, but Bennett sensed that there was a menacing legacy of the Cold War – the “Afghan Arabs,” who were Arab veterans of the anti-Soviet jihad during the 1980s in Afghanistan. Bennett realized that the Afghan Arabs were returning to their home countries such as Algeria, Egypt and Tunisia, and she noticed that some were joining armed groups.

Bennett started researching the bombings of two hotels in Aden, Yemen, in December 1992 that were housing U.S. soldiers who were on their way to Somalia to participate in a humanitarian mission to feed starving Somalis. Yemeni officials said the attack was financed by an “Osama bin Laden,” who was then living in Sudan.

Bennett circulated a classified paper, titled “The Wandering Mujahidin: Armed and Dangerous,” on Aug. 21, 1993. The paper identified “Usama bin Ladin” as a donor who was supporting Islamic militants in “places as diverse as Yemen and the United States.” Bin Laden’s funding had also enabled hundreds of Afghan Arabs to resettle in Sudan and Yemen.

It was the first time that the U.S. government had produced a warning about the dangers of a global jihadist movement led by the mysterious multimillionaire, Osama bin Laden. And the warning was not issued by the CIA or the FBI, but by a junior intelligence analyst at the State Department.

Q. Should we be worried that there’s another bin Laden in the making right now?

A. We are much better positioned to counter another bin Laden now. There were only 16 people on the U.S. “no-fly” list on 9/11. Around the time that bin Laden died there were more than 40,000, and another 1 million people were on a list that ensured they would be put into secondary screening if they boarded a U.S.-bound flight. In 2001, there were 32 task forces where multiple law enforcement agencies worked together to build terrorism cases. That number had more than tripled by the time bin Laden was killed.

The attacks also gave birth to the Department of Homeland Security, the National Counterterrorism Center and the Transportation Security Administration. The U.S. intelligence budget also grew dramatically after 9/11, tripling to around $70 billion by the time the CIA tracked down bin Laden in Abbottabad.