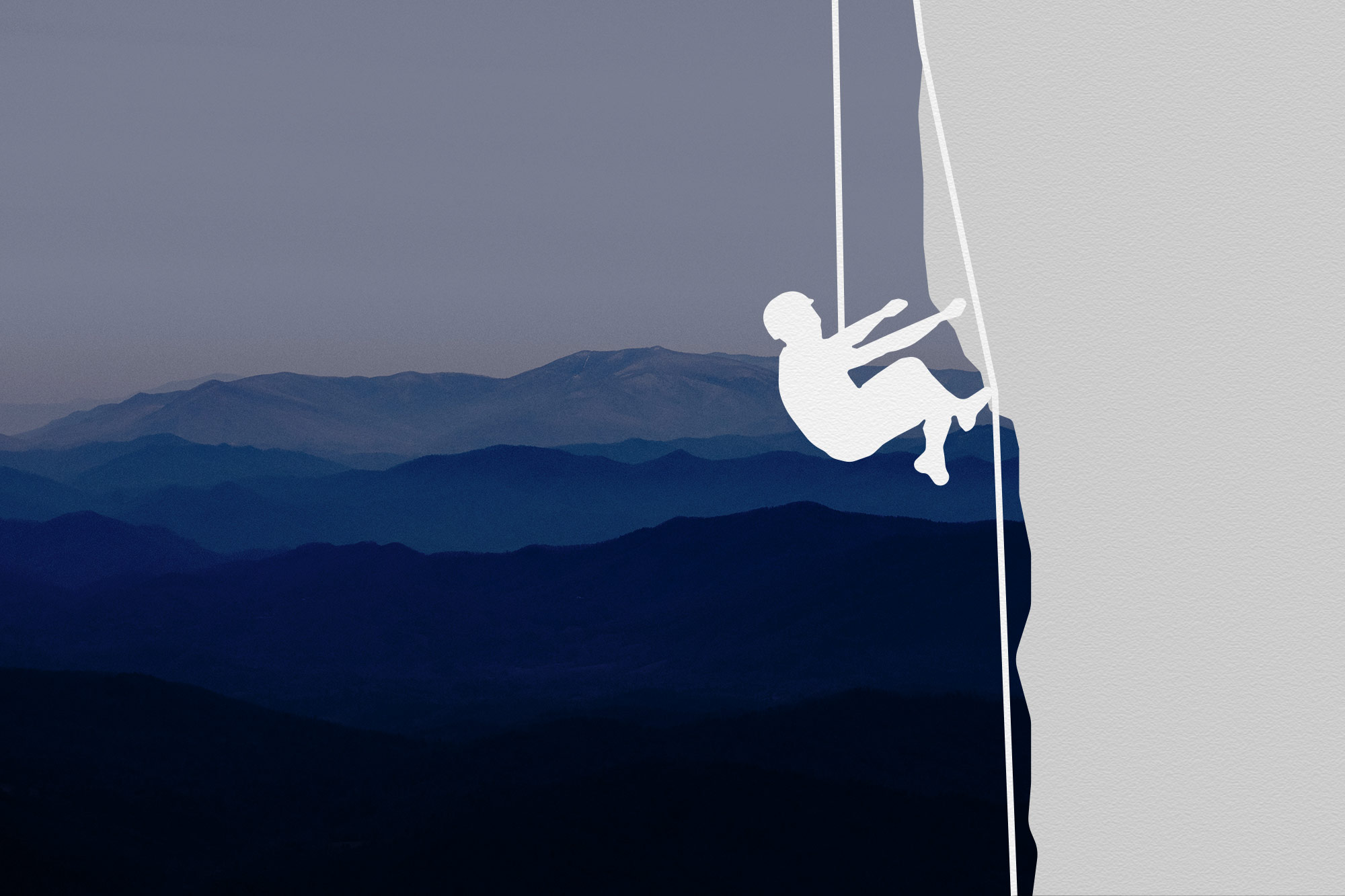 Outdoors at UVA provides gear and instruction to students interested in adventures around Charlottesville, or across the country. (Illustration by Emily Faith Morgan, University Communications)

For University of Virginia third-year student Mitch Lang, exploring the outdoors is more than a hobby – it’s a lifestyle. Having grown up hiking trails and paddling rivers, Lang finds himself unfazed by trying new outdoor activities.

But for fourth-year student Luke Schutte, his first venture into the outdoors was accompanied by intimidation from lack of experience.

Fortunately for Schutte, that is where Outdoors at the University of Virginia came into play.

Outdoors at UVA -- also known to students as “ODC” -- is a student organization of more than 800 members with the goal of not only getting people outside, “but to inspire a lifelong love for the outdoors.” In the past year, the club has hosted 394 outdoor adventures across the country, ranging from short hikes at Humpback Rock in Lyndhurst to more intense, weeklong camping excursions in Moab, Utah.

For the organization, accessibility is the No. 1 priority. The club strives to make the outdoors a welcoming space for everyone, regardless of background, skill level or other barriers that would make it difficult to explore the outdoors individually.

That’s what Schutte needed to know.

Despite growing up hiking and camping occasionally, Schutte recalls still feeling slightly intimidated by the skill levels of some of his ODC peers, especially since he had just joined the club during his third year at UVA.

“I had some anxiety related to joining this new group of people. I didn’t know anyone, and I wasn’t very experienced,” Schutte said. “After a couple of trips with ODC, I realized that there are so many great people in the club and that anxiety went away.” 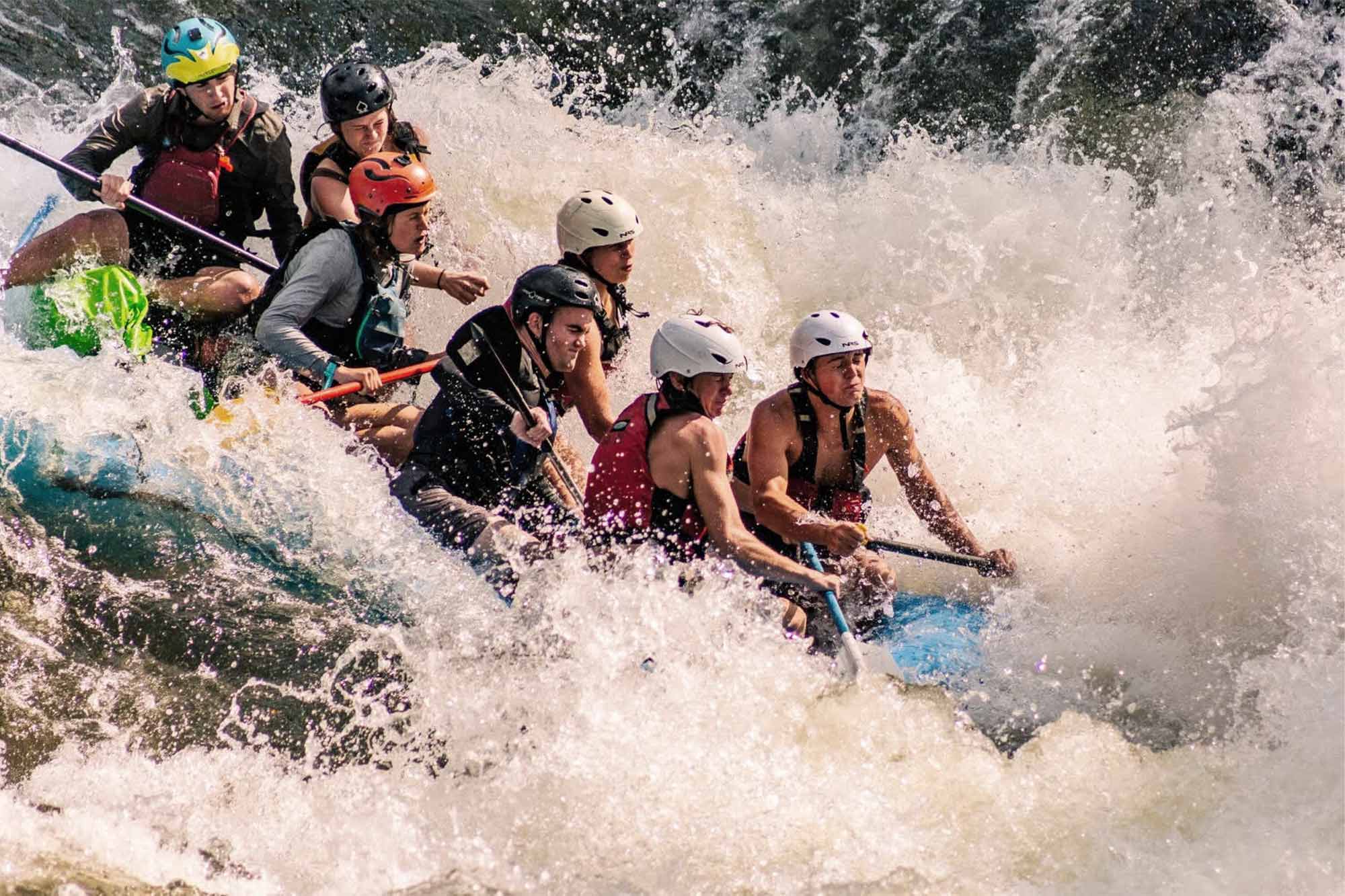 Third-year Outdoors at UVA gear-master Mitch Lang and fourth-year member Luke Schutte are part of a crew that plummeted into a rapid during their whitewater rafting trip on West Virginia’s Gauley River on Sept. 17. (Photo by Carson Menke)

Not only did the club introduce Schutte to countless outdoors lovers, but he was also able to try out higher-risk sports that he would not have attempted before, like mountain biking.

“For the more physically intimidating activities like mountain biking, I had some fears going into that because, you know, it’s kind of scary to go hurtling down a hill at full speed,” Schutte said.

Schutte recalls that the first mountain biking trip he attended through ODC was led by a fellow club member who had been mountain biking his whole life. The trip was targeted toward beginners looking to learn the basics of mountain biking in a safe, low-stakes environment.

“After [that trip], I remember telling myself, ‘I can do this,’' Schutte said. “In ODC, there are always going to be people who are qualified and knowledgeable in their sport to teach others, and what I’ve learned is they are more than willing to share their knowledge with beginners like I was.”

Additionally, outdoor equipment is notoriously expensive, and for students like Schutte who are simply looking to try something new, purchasing gear is not a prudent option. Fortunately, the ODC gear room is the perfect one-stop shop for members to grab a variety of equipment without committing to the cost.

Using the $50 annual dues and support from the Student Activities Fund, ODC gives its members unlimited access to an entirely student-run gear room that houses hundreds of thousands of dollars’ worth of high-quality equipment, all regularly evaluated to ensure it meets safety standards.

“As one of the two gear masters of ODC, I am in charge of curating all of the outdoor gear we have in our fleet,” Lang said. “We are in charge of keeping our gear up-to-date, buying new gear, repairing damaged gear when needed, or selling older gear to local consignment stores.”

Additionally, ODC employs a “no questions asked” fee-waiver policy for students who cannot afford to pay the dues.

“If you are not able to afford our annual dues, you can just send our officers a message, and they will waive the fee for you without needing any context whatsoever,” Lang said.

The group organizes carpools for each adventure, a big plus for students without wheels. On top of receiving a gas reimbursement, drivers typically make a 50% tip for their willingness to serve.

To Lang, college is the optimal time to try new things, including exploring the outdoors. And for many students, an adventure into the wilderness can also be a welcome and needed mental health break.

“College is your time to get out into the world and to reinvent yourself,” Lang said. “Nature can be a really healing place, and I think everyone deserves to experience the beauty of our earth in that way. I think everyone should give it a try, at least once.”