Over the Moon: UVA Doctor Reflects on Her Work With NASA’s Twin Study 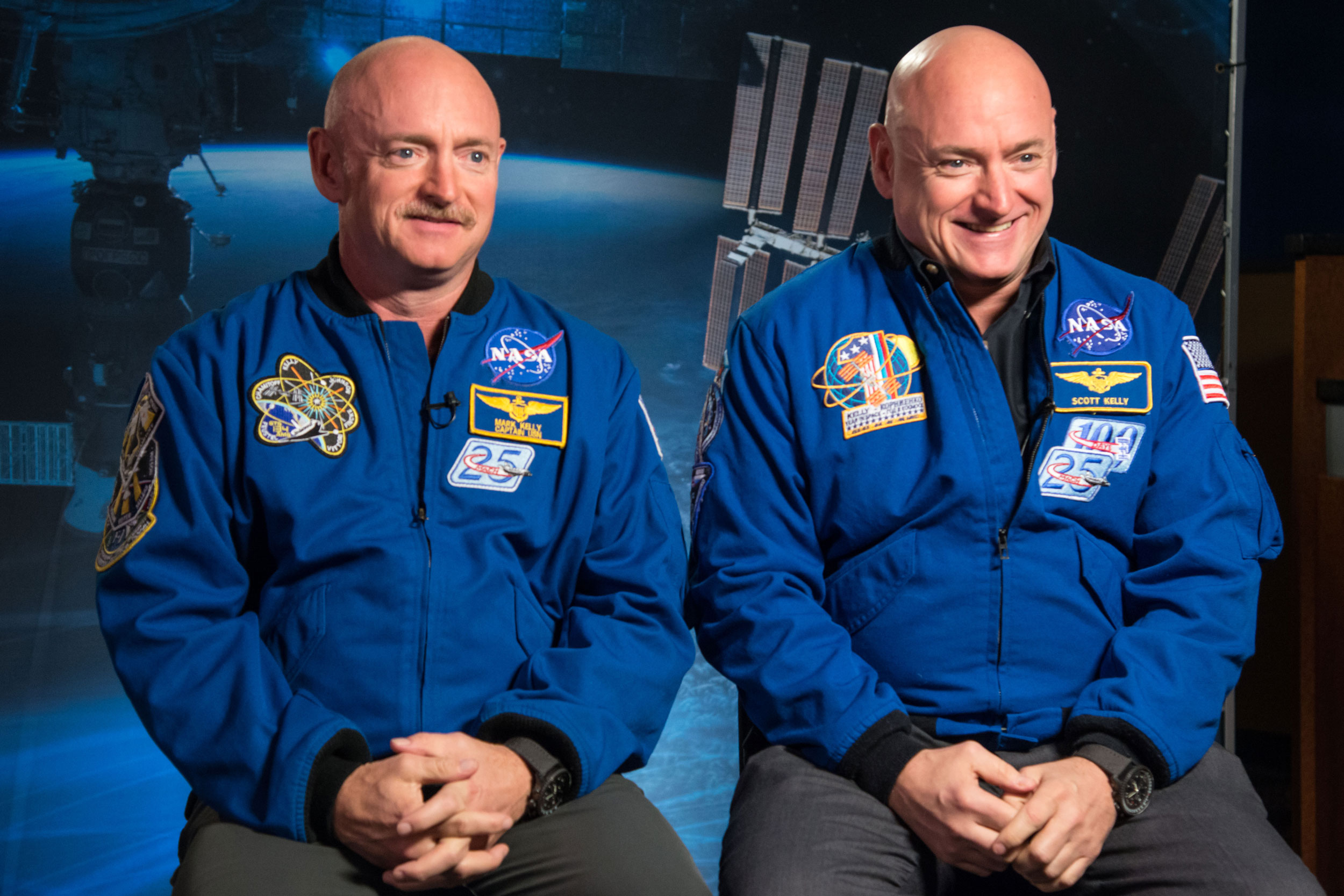 On March 3, 2016, NASA astronaut Scott Kelly came home from a yearlong stay on the International Space Station, and a young physician-scientist, Francine Garrett-Bakelman, was waiting anxiously. She had important work to do and only one shot to do it.

Garrett-Bakelman, now a cancer doctor and researcher at the University of Virginia Health System, was standing by to receive samples of Kelly’s blood that had been collected on the space station. Those samples, along with many others collected since 2014, would allow her and a massive team of colleagues to conduct far-reaching tests to determine how Kelly’s extended time in space had affected him. The researchers could then compare his results with those from his identical twin brother, who had remained on Earth.

It was an unprecedented opportunity that would shed light on whether astronauts could endure years-long space travel missions, potentially to Mars, or even beyond. Could mankind tolerate walking among the stars? The answer was in the little red tubes that were being entrusted to Garrett-Bakelman. 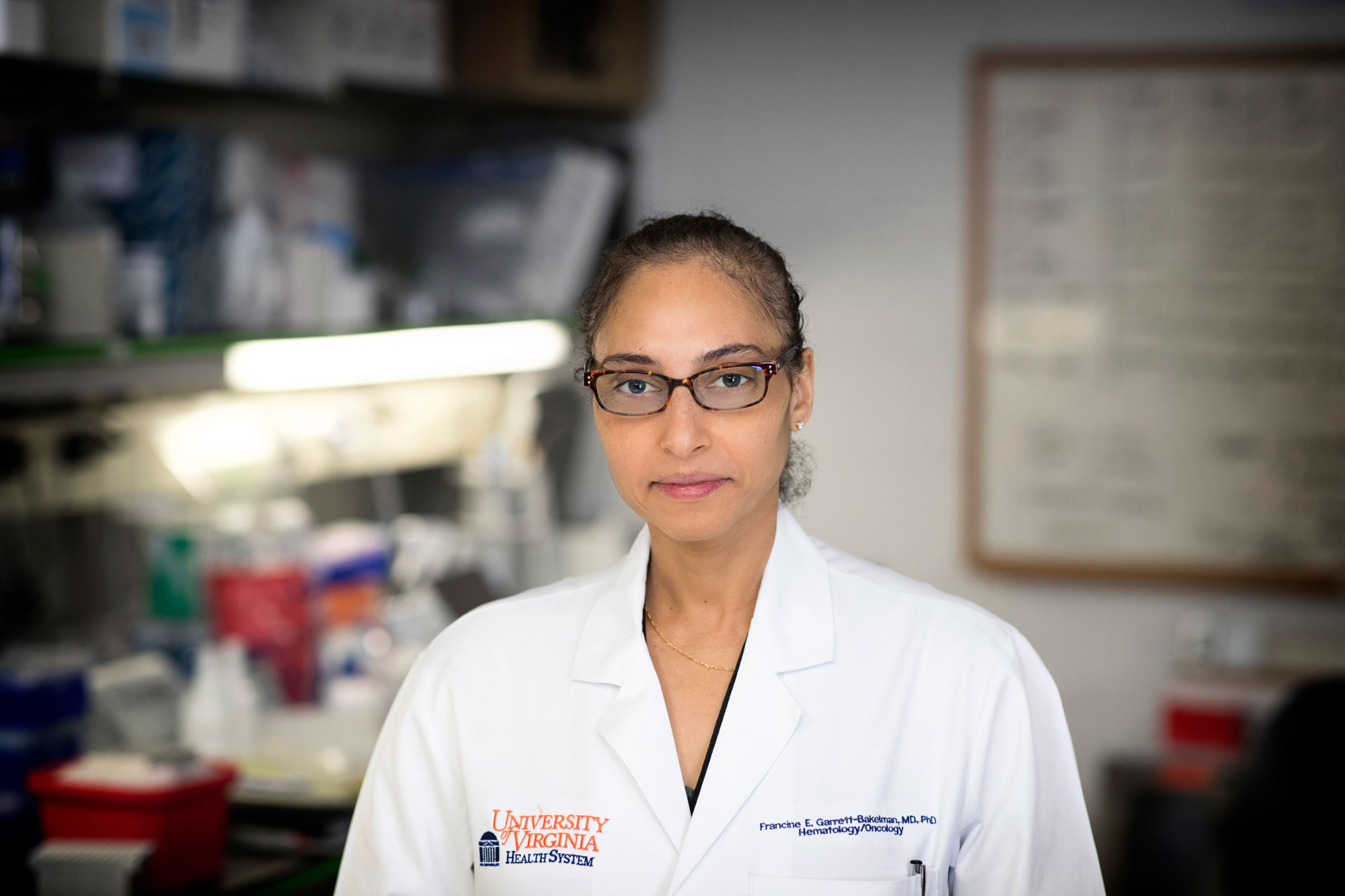 “I was basically watching Scott’s interview on TV from the nearby airport at midnight and waiting for his specimens at the lab,” she recalled. She was both excited and nervous, wide awake even though it was the dead of night. She knew how much rested on her shoulders.

“A mistake I made that night could have changed the results of the entire project,” she said. “You only have one shot at every single sample you get. It’s unique. You don’t get to do that routinely in science.

“You can’t go back to the incubator and get more samples from space,” she said. “There was no room for error – let’s put it that way.”

Garrett-Bakelman spent the night and early morning hours methodically processing the blood samples, centrifuging them to remove the dominant red cells, separating out immune cells, laying the groundwork for a wide array of studies. She started her work at 2 that morning, all alone, and didn’t finish until 8. She left long enough to sleep for a few hours, then returned to process the samples from Scott’s earthbound twin, Mark, the next day.

It was a demanding experience, but it was also the fulfillment of a dream for Garrett-Bakelman, a lifelong space enthusiast.

“I almost went into training in space medicine,” she said. “The opportunity for me to work on a project with NASA was the next-best thing and really gave me the opportunity of a lifetime.”

She recalled the awe she felt as she arrived for the first time at Houston’s historic Johnson Space Center, a massive site that has been instrumental throughout America’s first steps into space.

“It was neat to be in a place that has such history and have a chance to work in that environment and interact with people who knew these pioneers and work with active astronauts every day,” she said. 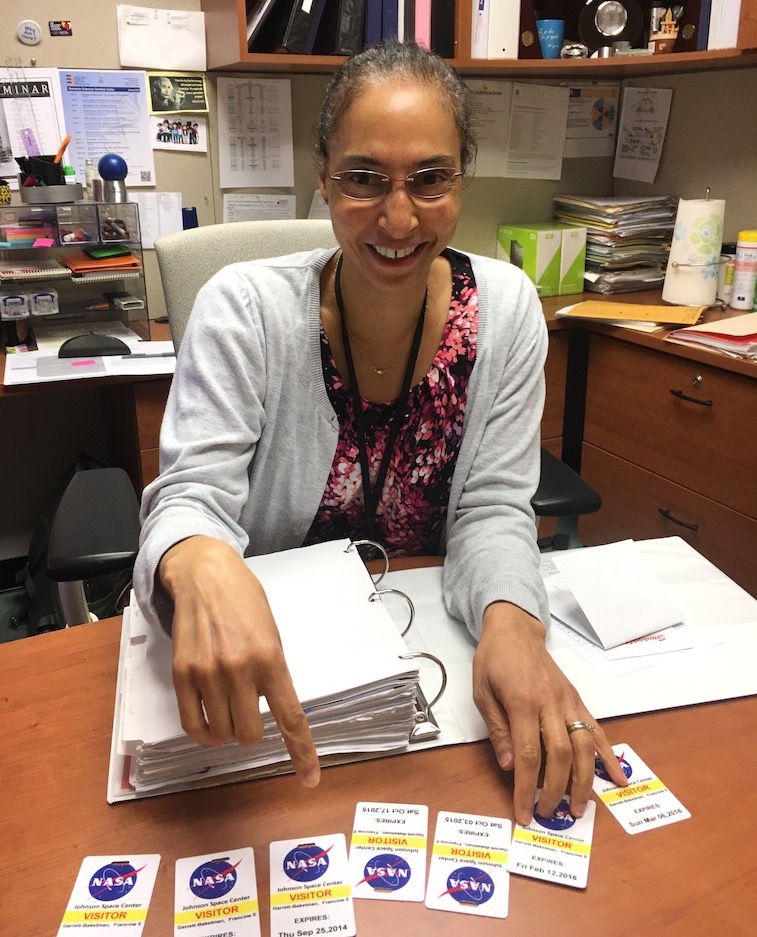 “It was a big learning experience for me, because I had to learn about the space environment and the implications of being in low earth orbit for a year and what the International Space Station is all about,” she said. “There was this whole learning curve for information that I had no idea about, so that was really cool.”

Her and her colleagues’ work now expands our understanding of the effects that space travel has on human biology. Some of those findings are being published this afternoon in the prestigious journal Science.

“I think one of the main findings of the study is that, actually, most things did not change. Or if they changed, they went back to their normal level, in most cases,” she said. “So that, to me, is very reassuring. That means even though humans are not born in space, the biology in our bodies can manage space travel. You don’t come back as the green blob. You’re still human. Your lungs are working. Your heart is working.”

She recalled watching Scott Kelly give his late-night news conference. “He got off that plane at the airstrip, and he was standing and giving an interview,” she said. “It wasn’t like he was completely debilitated in bed and couldn’t do anything. His biology adapted, and he was able to be functional.”

That bodes well for the first travelers to Mars, she said. “You worry about them getting far into a flight and what they’re going to be like,” she said. “Our study suggests that [Mars travel] is definitely a possibility.”

While she is now both seeing patients and running a cancer research lab at UVA, she is continuing to work on research generated from her NASA experiences. “We’re publishing information that will be the basis for many future studies, and that is very exciting,” she said. “There are several follow-up studies that I helped generate data for, so I’ll definitely be engaged in work related to this particular project.”

She’s excited, too, for what her future holds at UVA and the UVA Cancer Center. “This was a great move for me, both professionally and personally. It’s really given me an opportunity to open a lab in my primary field of training, acute myeloid leukemia, and practice medicine with some incredible colleagues,” she said. “I feel like I can be part of a larger story here and contribute to that over time.”

NASA will host a Reddit Ask Me Anything on the findings from the twins study at 4 p.m. today. This story comes to us courtesy of the Making of Medicine, UVA’s medical research blog.

A Year We Will Never Forget: 2019-20 in Review END_OF_DOCUMENT_TOKEN_TO_BE_REPLACED

‘What Will You Carry With You?’ Remarks From UVA President Jim Ryan END_OF_DOCUMENT_TOKEN_TO_BE_REPLACED