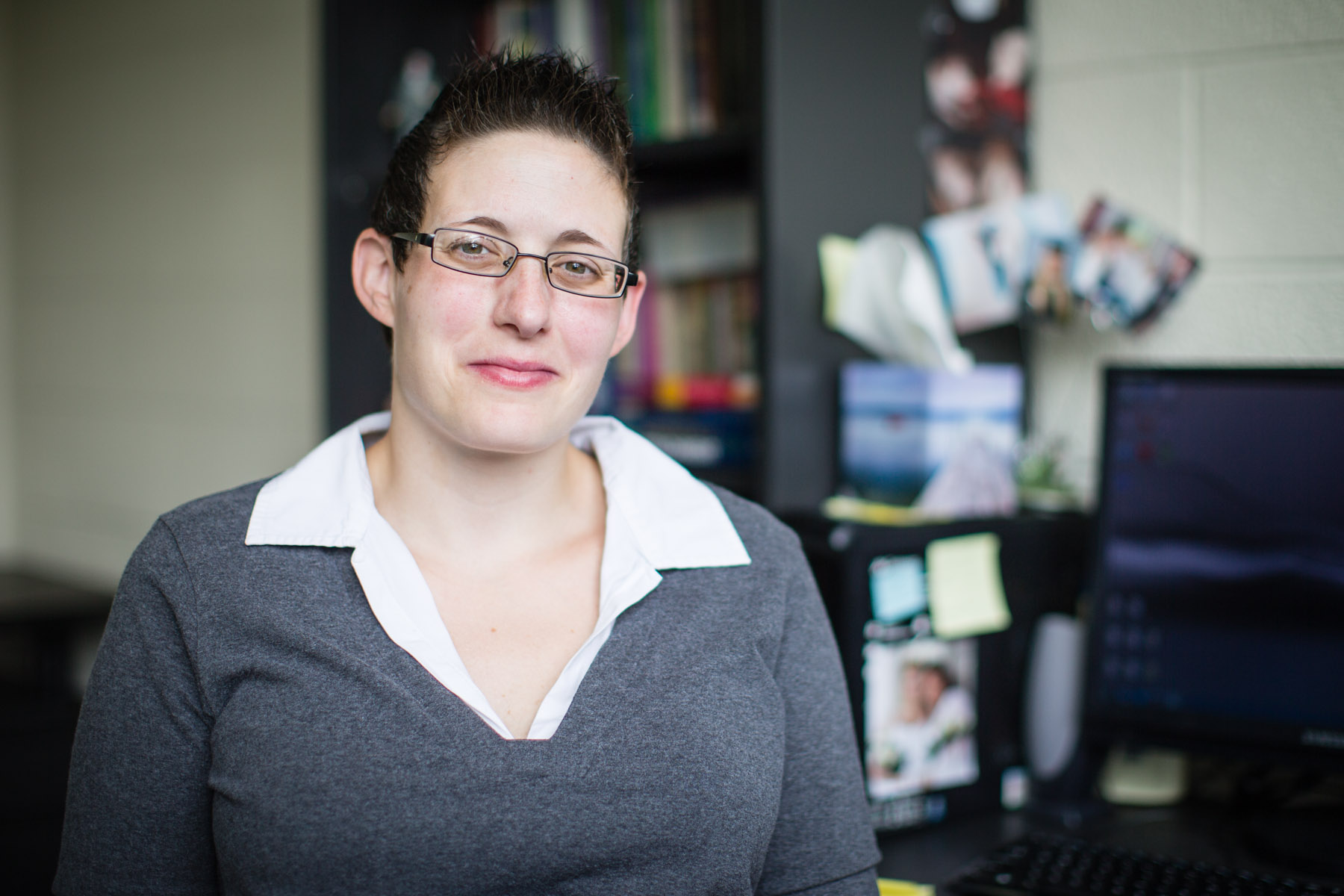 Samantha Tornello, a Ph.D. student in psychology, says her research provides guidance to non-cohabitating parents and judges as they set up joint custody arrangements.

Babies have an innate biological need to be attached to caregivers, usually their parents. But what happens when babies spend a night or more per week away from a primary caregiver, as increasingly happens in cases where the parents share custody, but do not live together?

In a new national study, University of Virginia researchers found that infants who spent at least one night per week away from their mothers had more insecure attachments to the mother compared to babies who had fewer overnights or saw their fathers only during the day.

The finding is reported in the August edition of the Journal of Marriage and Family, available online here.

Attachments are defined as an enduring, deep, emotional connection between an infant and caregiver that develops within the child’s first year of life, according to Samantha Tornello, the study’s lead author and a Ph.D. candidate in psychology in U.Va.’s Graduate School of Arts & Sciences.

Attachments during that critical first year serve as the basis for healthy attachments and relationships later in life, including adulthood, Tornello said.

She notes that growing numbers of parents are living apart due to nonmarital childbirth, the breakup of cohabitating parents, separation and divorce. Parents increasingly are choosing to share child rearing in some form of joint custody, and often the legal system must determine custody arrangements for the children of parents who do not live together.

“Judges often find themselves making decisions regarding custody without knowing what actually may be in the best interest of the child, based on psychology research,” Tornello said. “Our study raises the question, ‘Would babies be better off spending their overnights with a single caregiver, or at least less frequently in another home?’”

Tornello pointed out that either the mother or father could be the primary caregiver, but the point would be that the child ideally would be in the care each night of a loving and attentive caregiver and that there may be something disruptive about an infant spending nights in different homes.

“We would want a child to be attached to both parents, but in the case of separation a child should have at least one good secure attachment,” she said. “It’s about having constant caregivers that’s important.”

Tornello and her co-authors at U.Va. and the American Institutes for Research, including U.Va. psychology professor Robert Emery, analyzed data from the Fragile Families and Child Wellbeing Study, a national longitudinal study of about 5,000 children born in large U.S. cities from 1998 to 2000. The data was collected by researchers at Princeton University and Columbia University and consisted of interviews with both parents at the time of the child’s birth, and at ages 1 and 3. Additional in-home assessments of the children were conducted when they were 1 and 3.

Infants who spent at least one overnight a week away from their mothers were discovered to have more insecure attachments to them compared to babies who had fewer overnights or stayed with their father only during the day. Forty-three percent of babies with weekly overnights were insecurely attached to their mothers, compared to 16 percent with less frequent overnights.

In the case of toddlers the findings were less dramatic; greater attachment insecurity was linked to more frequent overnights, but the findings there were not statistically reliable, Tornello said.

He advocates parenting plans that evolve, where day contact with fathers occurs frequently and regularly, and overnights away from the primary caregiver are minimized in the early years, then are gradually increased to perhaps become equal in the preschool years.

“If mothers and fathers can be patient, cooperate and take a long view of child development, such evolving plans can work for both children and parents,” he said.