Painting the Town: Alumnus Looks Back on His Stint as National Gallery of Art President 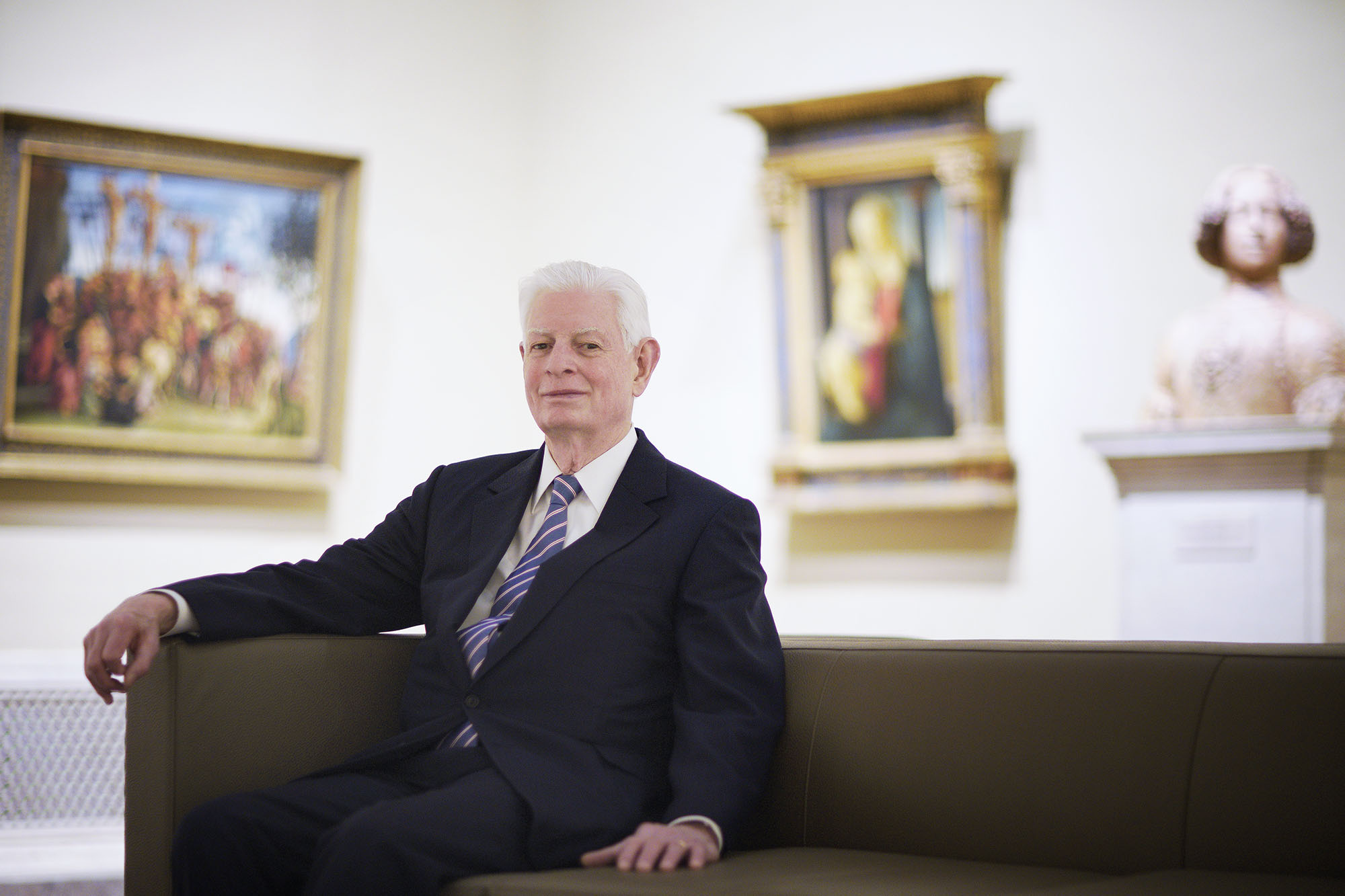 Just as a parent might say he could not pick a favorite child, University of Virginia School of Law alumnus Frederick Beinecke, who stepped down in 2019 after five years as president of the National Gallery of Art in Washington, D.C., has a hard time choosing his favorite painting among the gallery’s renowned collection.

Give the trustee emeritus a minute, though, and he suggests that he has always been drawn to Édouard Manet’s “The Old Musician.” The painting hangs prominently on the main floor of the West building, and Beinecke always looks for it.

“Manet disrupted his art world with pictorial fantasies,” he said, explaining his fascina­tion. “In this large canvas you can be drawn with sensitivity to the old musician, as well as to the other people in the composition, but what are they doing there?”

Choosing an item in the National Gallery’s collection that brings him pride in particular is a somewhat easier matter. Beinecke named Frederic Edwin Church’s “Niagara” (1857), one of the most famous American landscapes ever painted. It was one of more than 8,000 items that the National Gallery acquired from the collection of the Corcoran Gallery, also in D.C., which closed its doors in 2014.

“It’s just amazing,” Beinecke said of “Niagara.” “It would have been worth it if we had just received that one painting.”

The Corcoran artwork is hardly the only recent acquisition the National Gallery has made. In 2013, while Beinecke was a trustee, the gallery acquired “The Concert,” a 1623 painting by Dutch painter Gerrit van Hon­thorst, after a curator was offered the paint­ing; previously, it had resided undetected in a French chateau for nearly two centuries.

Although the National Gallery is oper­ated by the federal government, all of its acquisitions are made with private dona­tions. In consultation with the curatorial staff, the president and board of trustees officially approve every acquisition, loan and gift the gallery makes, as well as de­ciding which pieces require conservation. During Beinecke’s time as president, he also saw completion of a massive renovation of the gallery’s East Building, which included the creation of new exhibition galleries and upgrades to everything from its heating and cooling systems to the installation of Wi-Fi. 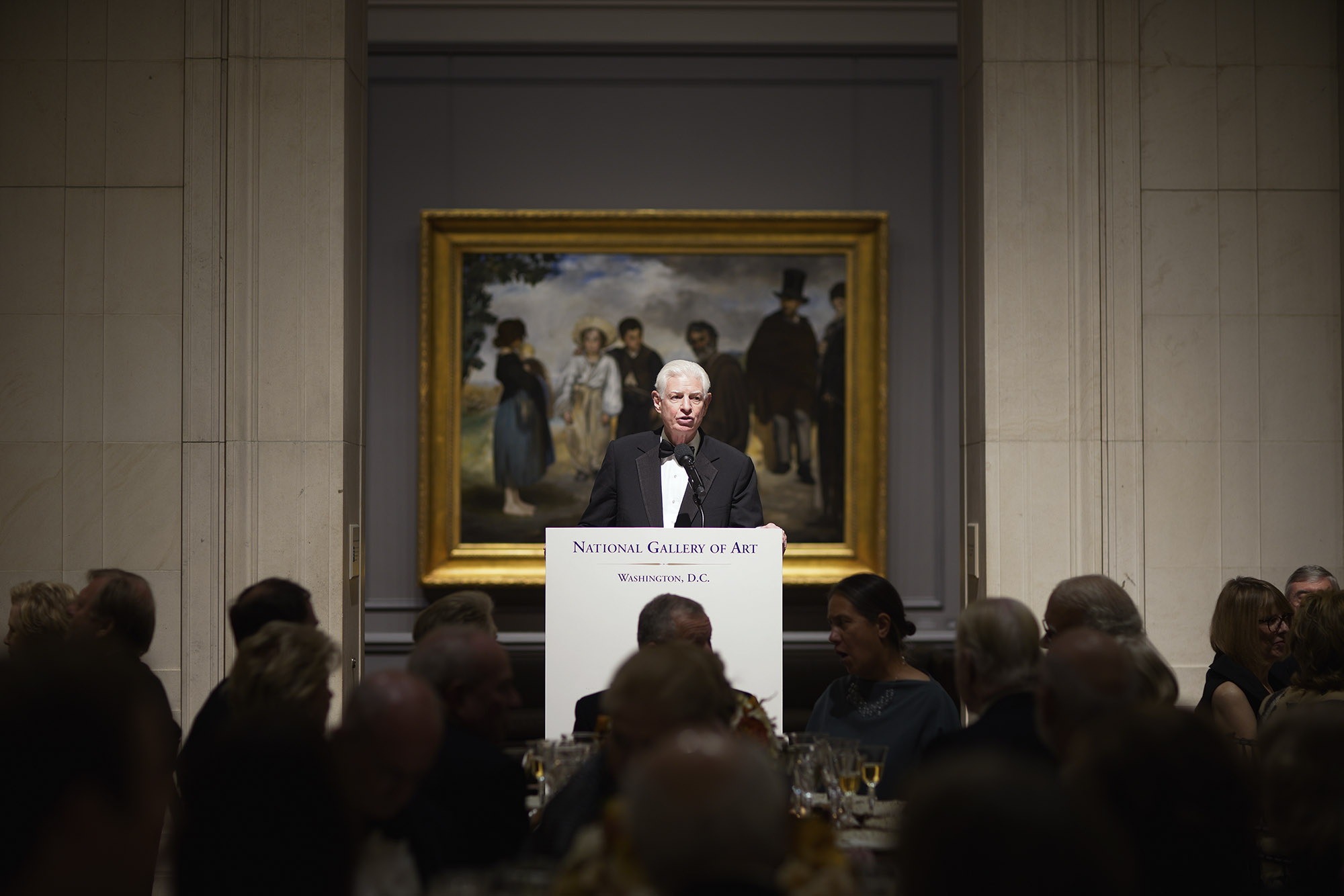 Not only does the National Gallery acquire and display art, it also loans pieces to other museums. During a recent trip to Paris, Bei­necke noted pieces from the National Gal­lery’s collection on loan to three different special exhibitions there.

Each new presi­dent of the United States is also permitted to borrow art to hang in the White House. “During an inauguration, the gallery staff is removing the prior president’s choices and hanging the new ones, so that by the time the new president gets to the other end of Penn­sylvania Avenue, there’s a different art collec­tion up,” Beinecke said. Cabinet secretaries, Supreme Court justices and certain foreign embassies also have borrowing privileges.

After graduating from Yale University with a degree in art history, Beinecke joined the Marine Corps and served in Vietnam as a lieutenant, receiving a Bronze Star, before coming to UVA for law school, graduating in 1972. He has been managing di­rector of Antaeus Enterprises Inc., a private investment company; president and director of The Sperry Fund; and vice president and direc­tor of the Prospect Hill Foundation, a philanthropy run by his family.

Beinecke’s interest in art was rekindled in the 1990s, when he became a trustee of the Samuel H. Kress Foundation, which has donated hun­dreds of works of art to regional museums around the country. (He is also a former trustee of the Sterling & Francine Clark Art Institute in Williamstown, Massachusetts, and former director and president of the New York City Ballet.)

He recently came across another of his favorite paintings, El Greco’s “St. Francis Venerating the Crucifix,” at an exhibition in the Grand Palais in Paris. The painting was given by the Kress Foundation to the Fine Arts Museums of San Francisco in 1961 to honor the city named for St. Francis, and Bei­necke said he has seen it many times there.

Whether at the National Gallery or at museums around the world, Beinecke recog­nizes the thrill that comes with encountering an iconic or beautiful work of art.

“Many people have told me it’s so wonder­ful to go see these pictures,” he said. “They say, ‘I remember this one from a book or from a course I took in school.’ And they’re all there.”

Ahead of Thanksgiving, Hoos Look Back With Gratitude END_OF_DOCUMENT_TOKEN_TO_BE_REPLACED

The Cavalier Marching Band Marches On – Even When Apart END_OF_DOCUMENT_TOKEN_TO_BE_REPLACED