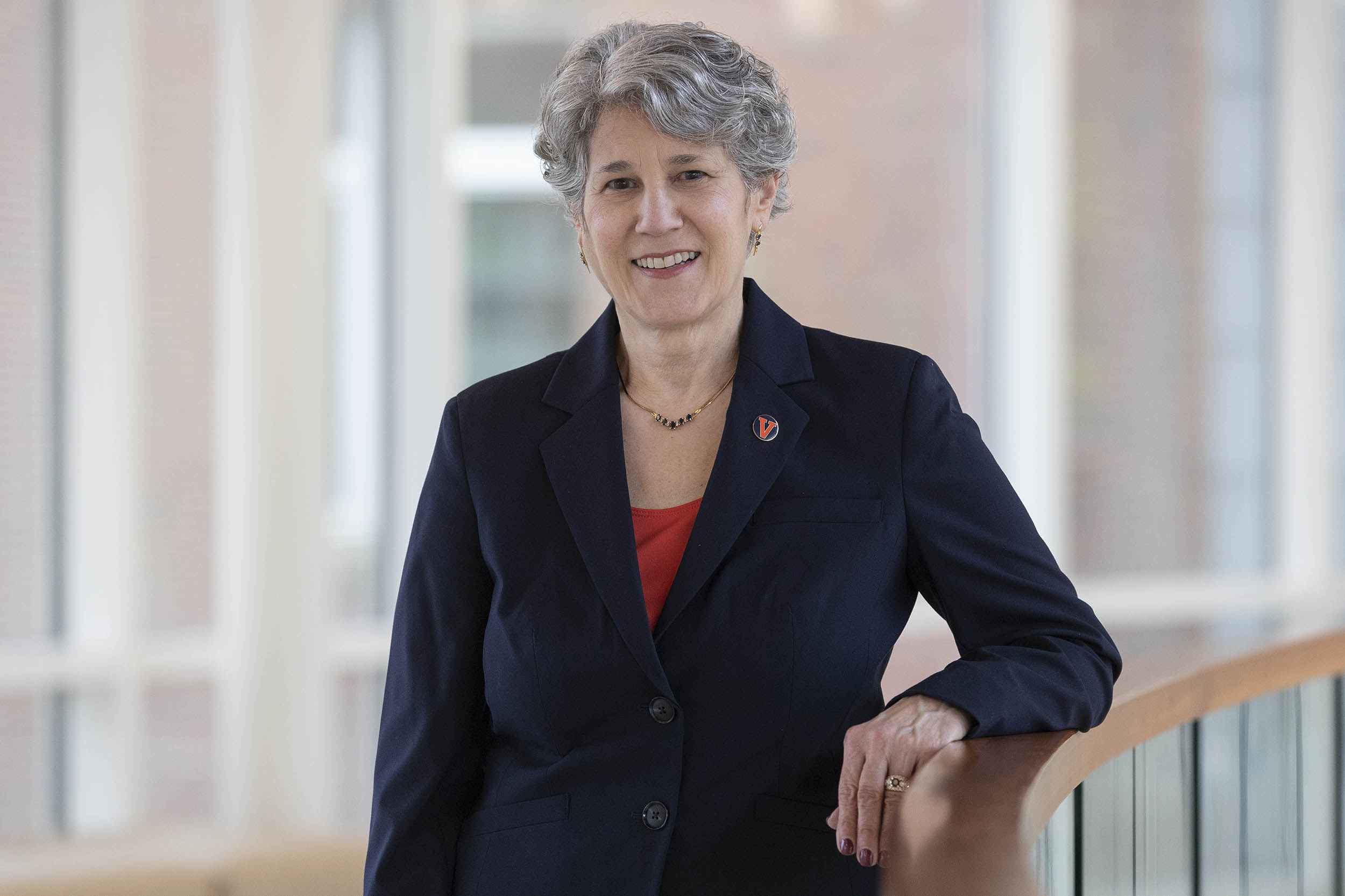 The University of Virginia announced today that Pamela F. Cipriano has been appointed interim dean of the School of Nursing. Currently a member of the school’s research faculty, she served two terms as the president of the American Nurses Association from 2014 until December 2018, representing the interests of the nation’s 4 million registered nurses. She assumes her position on Aug. 1.

Cipriano’s 40-plus-year career in nursing is marked by a focus on improving the quality and safety of services and the work environment for all staff. She has extensive experience as an academic medical center executive and served for nine years as the chief clinical officer/chief nursing officer in the UVA Health System, where she was responsible for all inpatient and outpatient clinical services. Under her leadership the Health System earned its initial American Nurses Credentialing Center “Magnet” designation in 2006.

Cipriano’s advocacy for the nursing profession is well-recognized. She is known nationally and internationally as a strong advocate for quality, growing nursing’s influence on health care policy, and leading efforts to advance the role and visibility of nurses. She served as a public-sector adviser in the U.S. delegation to the 69th World Health Assembly in 2016, and currently serves as the first vice president of the International Council of Nurses.

“I want to thank Pam Cipriano for her incredible service, and for her willingness to step into this new role,” UVA President Jim Ryan said. “Pam is a nationally recognized leader in nursing, and she’s been a strong advocate for nurses and patients alike for decades. While it will be difficult for anyone to follow Dorrie Fontaine, I know Pam will do a fantastic job, and I look forward to working with her.”

Cipriano succeeds Dean Dorrie Fontaine, who is stepping down after 11 years as dean.  Executive Vice President and Provost Thomas C. Katsouleas said of her service, “Dorrie Fontaine has been a transformational leader, from inaugurating new programs to overseeing highly successful fundraising – all with a focus on providing compassionate care. I thank her for all she has given us during her time here.”

Cipriano will serve as interim dean until a permanent successor is named.

“We are thrilled that Pam Cipriano will lead our School of Nursing,” incoming Executive Vice President and Provost M. Elizabeth Magill said. “She brings a stunning breadth of health care experience – in practice, academia and the nonprofit and private sectors. She is among the most admired national leaders in her field, and she has a deep connection to the School of Nursing and the University of Virginia Health System. She is an ideal person to lead the school at this time.”

“I’m excited to have the opportunity to lead the School of Nursing, together with its very talented faculty, staff and students,” Cipriano said. “In addition to rigorous curricula and advancing the science of nursing, UVA’s School of Nursing is a national exemplar for teaching resilience and compassion for self and others. It’s an honor to be a part of the school’s growth.”

In addition to her administrative and teaching experience at UVA, Cipriano has been instrumental in promoting the role technology can play in strengthening the safety and efficiency of care delivery. Her recent work with the National Academy of Medicine’s Action Collaborative on Clinician Well-Being and Resilience has focused on reducing regulatory burden and revamping electronic documentation to relieve clinicians of unnecessary work.

Among her many honors and awards for exceptional leadership and contributions to the profession, she was the Distinguished Nurse Scholar-in-Residence at the Institute of Medicine in 2010-11 and is a fellow of the American Academy of Nursing, earning its Healthcare Leader Award in 2018. She was named among the “Top 100 Most Influential People in (U.S.) Healthcare” by Modern Healthcare magazine for four consecutive years (2015 to 2018), and also in 2015 as one of its “Top 25 Women in Healthcare.”

It’s Copperhead Season in Virginia. Here Is What You Need to Know END_OF_DOCUMENT_TOKEN_TO_BE_REPLACED

What’s Next for UVA’s Class of 2022? END_OF_DOCUMENT_TOKEN_TO_BE_REPLACED