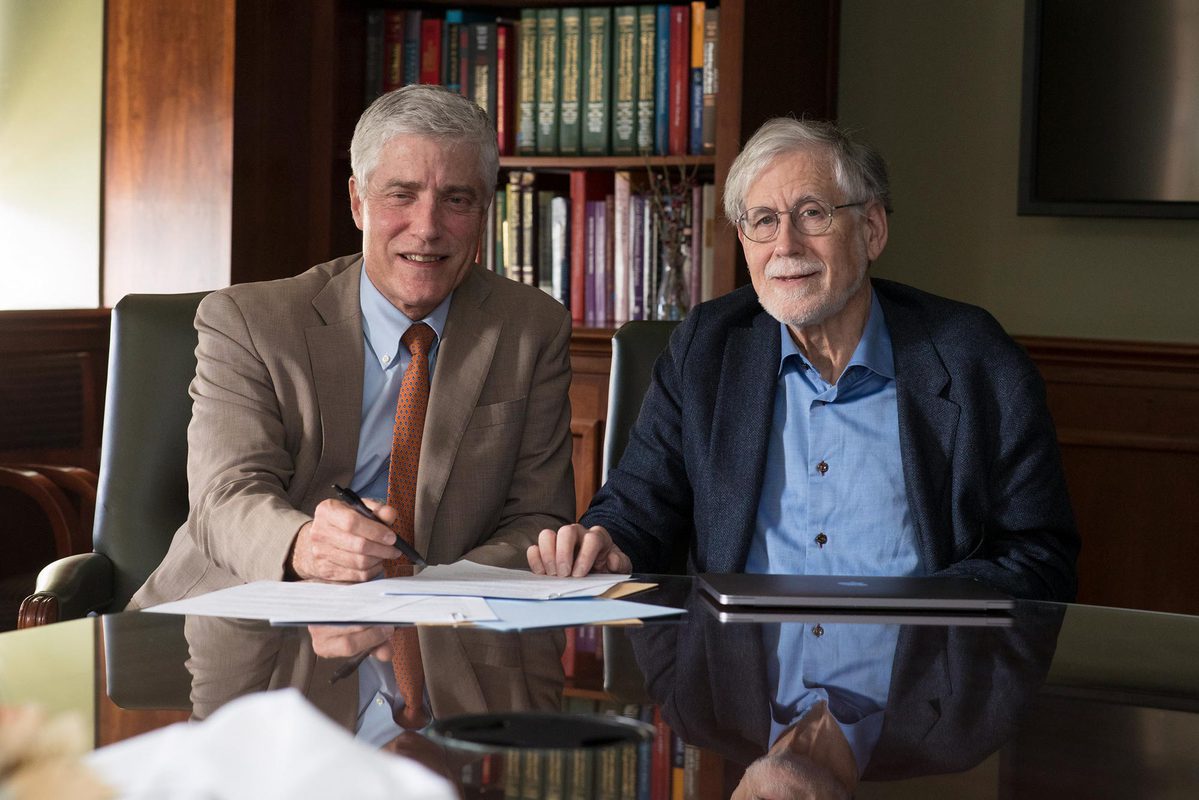 Aniridia is a congenital disorder that causes severe eye problems, and also affects metabolism – sometimes resulting in severe obesity. It is associated with mutation of a major developmental gene, called PAX6. People born with aniridia have no irises in their eyes, often are legally blind, and whatever eyesight they have continually worsens with age. The disease is uncommon, but disorders associated with genetic mutations can involve common eye problems, including cataracts and glaucoma.

To better understand and treat aniridia and other disorders involving the PAX6 gene, researchers and clinicians at the University of Virginia are combining clinical research, patient treatment and powerful basic science investigations.

They have organized for this weekend a major symposium focused on congenital eye disorders and the PAX6 gene, bringing together top researchers from the University and around the nation and Europe, along with patients living with aniridia and their families.

The organizers are Rob Grainger, W.L. Lyons Brown Professor of Biology, and Dr. Peter Netland, Vernah Scott Moyston Professor and Chair of Ophthalmology. Both are members of UVA’s Brain Institute, and are research collaborators.

In his studies, Grainger uses frogs that are mutated to mimic aniridia and other eye disorders. Netland treats congenital eye disorders and conducts clinical research.

Here, the two colleagues explain for UVA Today readers their research and the goals of the 2019 John F. Anderson Symposium, “Aniridia-PAX6 and Beyond…”

Q. Why did you organize this particular kind of symposium, connecting how eyes develop before birth and genetic diseases that can follow?

Grainger: Each of us works on different perspectives concerning eye formation. In my lab, we focus on how the eye is constructed during embryonic development; in Peter Netland’s practice, on how to treat diseases that affect these processes.

These are complementary approaches – two sides of the same coin. In one case we focus on the assembly of the eye, and in the other, what occurs when the eye is not constructed properly, leading to multiple serious consequences for the patient.

This interplay highlights the importance of looking at these two perspectives together, a collaboration in this case between the two of us (one in the School of Medicine and the other in the College of Arts & Sciences) each providing insights for the other.

Netland: The value of this kind of interaction has motivated us to bring together many of the world’s experts who pursue these two perspectives, including as well a third group: patients and their families who want to learn more about these diseases and treatments. There are few meetings held with this sort of three-way interaction in mind, and we anticipate that many fruitful insights and collaborations will emerge.

Q. Dr. Netland, why is aniridia an area of particular interest to you?

Netland: More than 20 years ago, I spent an extended period of time in the Middle East and India, where there are high rates of consanguinity and congenital eye disorders, which led to a book I produced about pediatric glaucomas, other scholarly contributions and development of my clinical skills. About 20 years ago, I cared for an infant with aniridia and the family of that patient. The potentially disabling issues for the patient, which involved all parts of the eye, and the compelling issues that the family were dealing with drew me toward this condition.

Another patient was very influential to me, because she was a patient advocate and mother of an affected child. I began to see increasingly larger numbers of patients with congenital eye disorders and aniridia, and I developed further clinical and academic interests in the topic.

Around 20 years ago, we started biannual meetings with the patient advocacy group Aniridia Foundation International, and developed connections with other patient support groups, which helped shape the direction of our efforts. With increasing contact with the patients and their families, I became deeply interested in trying to help these patients.

“About 20 years ago, I cared for an infant with aniridia and the family of that patient. The potentially disabling issues for the patient, which involved all parts of the eye, and the compelling issues that the family were dealing with drew me toward this condition.”

This is a disease that results from damage to the gene PAX6, already known to be perhaps the most fundamental gene involved in eye formation overall and consequently affecting the entire visual system. However, we knew much less about how to treat the many facets of this disorder; for example, cataract, glaucoma and corneal opacification (scarring), which are frequently acquired by patients. Some of these problems are common in the general population, and have broad significance. Many advances have been made in the past, but there is much more progress that is needed for the future.

Q. Why do you use frogs in your eye research, Professor Grainger?

Grainger: We have been examining eye development in frog embryos for over 20 years in my lab, initially because so much embryology, going back to the beginning of the 20th century, was done on these large, easy-to-obtain-and-raise embryos.

In the early days, we were learning how the different parts of the eye, notably the lens and retina, are formed by interactions between parts of the embryo to form a coordinated whole organ – exactly the interactions that are disturbed when things go awry in aniridia patients.

Q. Six years ago the Grainger lab developed a gene-editing technique that allows you to mimic human lesions. How is this advancing eye research?

Grainger: While the utility of the frog system for understanding embryological processes is undisputed, during the decades that we have been doing research, the techniques allowing us to manipulate and understand gene function have blossomed, including genome projects and more recently gene editing – the ability to inactivate genes of interest to learn how they function during normal development.

In 2013, we published our first paper using this new technology to inactivate genes critical for eye formation in frogs and to follow in precise detail how things go awry. This has allowed us to make important clarifications in how these genes contribute to development of the eye. Because the frog eye develops much as the human eye, these mutations help us look in detail in a way not feasible in human embryos; thereby allowing us to understand how these genetic errors lead to the problems that occur in human patients. Specifically, we have made mutations in frogs in the PAX6 gene that lead to frogs having aniridia, with features of the animals strikingly similar to those in human patients.

“These are complementary approaches – two sides of the same coin. In one case we focus on the assembly of the eye, and in the other, what occurs when the eye is not constructed properly, leading to multiple serious consequences for the patient.”

Q. What kind of clinical research and therapies are UVA conducting that connect with the basic research?

Netland: We have looked at many of the vision-threatening eye problems in our aniridia patients. We have also found that their mutation is linked with obesity, and have performed clinical trials to evaluate the causes of this. We have performed studies to better understand the mechanisms for some of their clinical problems, such as glaucoma.

We are excited about precision medicine trials – identifying patients who can benefit from a specific gene-based therapy – and we recently completed a two-year clinical trial evaluating targeted gene therapy. In parallel, similar problems are under study in the frog to complement and build on the work with human patients.

Q. What future do you see for patients with eye disease as this research moves forward?

Netland: We are working with patients with known mutations of a specific gene, so naturally we are excited about precision medicine approaches to these patients. We believe that genetic-based approaches will continue to increase understanding of these diseases and will provide the basis for rational therapy for affected patients, and more broadly for others in the general population who are suffering from the same clinical problems. We believe that new imaging techniques will produce new insights in this area.

Grainger: In the frog, our lab has developed a method for efficiently creating exact patient mutations, again amplifying the opportunities for an integrated approach to precision medicine. There are opportunities with in situ gene modification and other gene-based therapies for addressing problems and improving the quality of life of patients.

At UVA, There Is a Club for Everyone END_OF_DOCUMENT_TOKEN_TO_BE_REPLACED