A Peek at the Spectacular Technology Behind the Bicentennial Launch Celebration 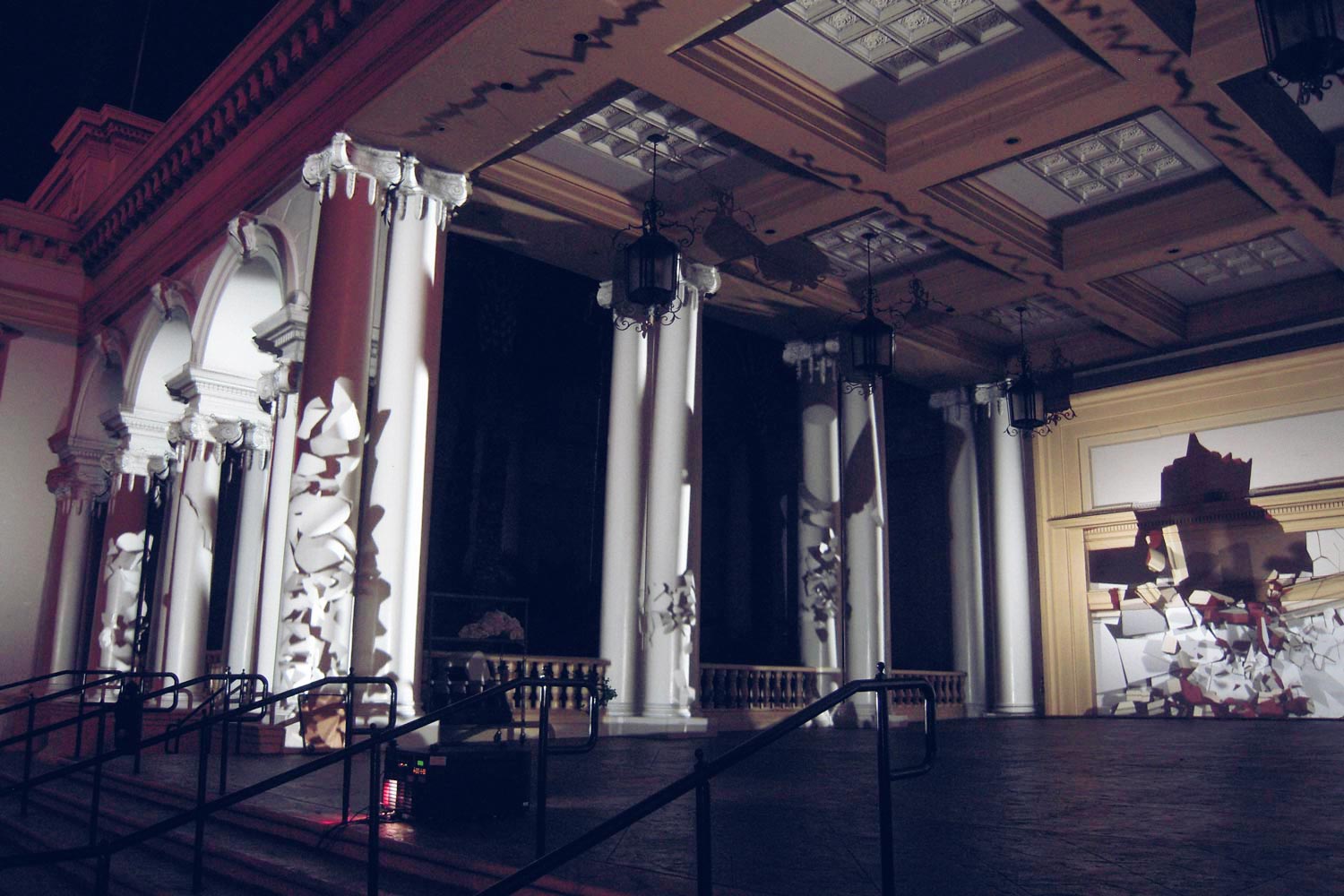 On Oct. 6, the University of Virginia community will come together to officially kick off its bicentennial with a celebration unlike any other in its 200 years.

Nearly 800 performers will be on hand to entertain the expected 20,000-plus guests, with UVA students and faculty members joining musical headliners like Leslie Odom Jr., Andra Day, the Goo Goo Dolls and the Ingramettes.

In addition to the high-wattage musical acts and guest appearances, the Bicentennial Launch Celebration will include state-of-the-art technology that will transform the Lawn before guests’ eyes. Projection mapping throughout the evening will turn the Rotunda into an animated stage telling the story of UVA’s past, present and future.

“This may be the most visible and complex job we have ever done, because the story of UVA is really a microcosm of the story of the United States – the good and the bad, the highs and the lows,” said Philippe Bergeron, president of Paintscaping Inc., the technology firm responsible for the evening’s display. The company has staged numerous projection-mapping shows around the world, for clients ranging from Rodeo Drive and Sony Pictures to the New York Public Library.

Bergeron, Creative Director Mitch Levine, UVA Vice Provost for the Arts Jody Kielbasa and the rest of the celebration’s creative team will bring some of the most significant moments in UVA history to life, transforming the Lawn over and over again as the story moves from UVA’s founding to the present day.

The production will employ multiple projectors, all relying on a 3-D model of the Rotunda that have been carefully constructed from hundreds of photos the team took this summer.

“Unbeknownst to most people, the Rotunda – like most buildings – is not actually, exactly symmetrical,” Bergeron said. “It is imperative that we use an accurate 3-D model.”

The show will animate moments ranging from Jefferson’s founding of UVA, the construction of the Rotunda by enslaved laborers and the infamous 1895 fire to the more recent achievements of students and alumni around the world, striking a balance between celebration and self-examination. 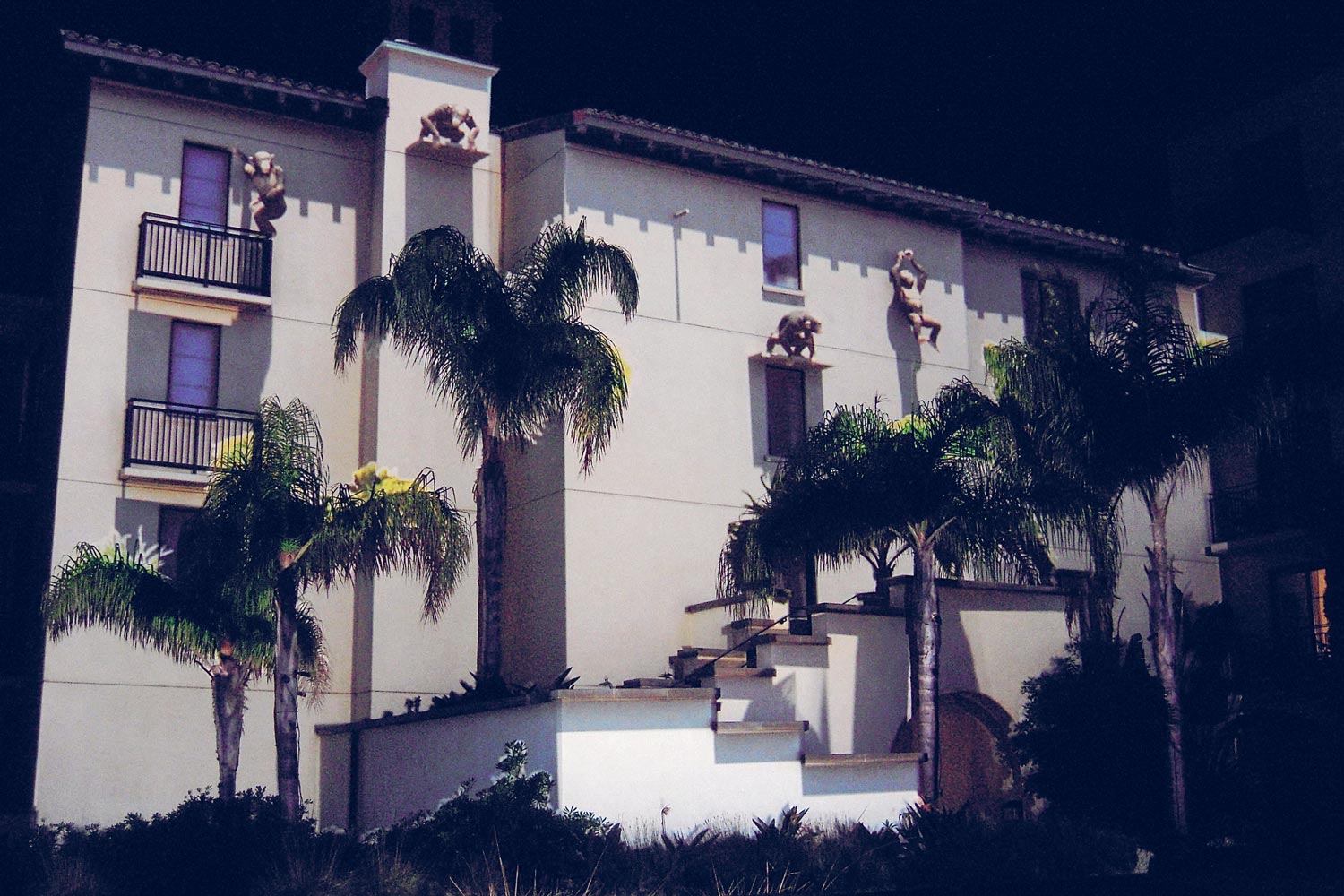 “Within the celebration comes an acknowledgement that things at UVA were not always right – that there are less noble, more challenging moments along with the glorious ones,” said Levine, a director, writer and producer who has worked in in film and the live performing arts for decades and collaborated with Kielbasa on the Virginia Film Festival.

Bergeron called it “a mix of lighthearted moments and very intense moments.”

Among other performances, the evening will include stories of enslaved laborers told by their modern-day descendants and a commissioned oratorio by J. Todd Frazier, “We Hold These Truths,” featuring a musical dialogue between Jefferson the man and Jefferson the ideal. The Charlottesville Symphony and the University Singers will perform the piece under the leadership of Associate Professor of Music Michael Slon. Numerous student ensembles, the Jazz Ensemble, the Cavalier Marching Band, electronic music ensemble M.I.C.E. and the Martin Luther King Community Choir of Charlottesville will also contribute their voices and instruments to the event.

“Part of our vision is to explore events and people that are specific to UVA and put them into the larger context of the growth of American democracy, the Jeffersonian ideal of an educated citizenry and how that has progressed over time,” Levine said. “Along the way, we want to have a blast – giving everyone an engaging, poignant, fulfilling and fun evening.”

Levine said that directing the production has been one of the highlights of his long career.

“It combines so many of my own interests as an artist and a storyteller, from theater, music, opera, dance and film to American history and this experiment we call democracy,” he said. “All of these experiences are coming together in this one extraordinary event.”

Bergeron, too, said the project was one of the most interesting and exciting challenges his team has faced.

“From a creative and technical standpoint, this is a magnificent project. We love it,” he said.

Bergeron’s own interest in projection mapping grew out of his combined love of acting – he acted for 15 years in films and television shows like “Iron Man 2,” “Mad Men,” Rush Hour 3” and “Contact,” and guest-starred on “The Sopranos” – and computer science.

“It’s a new way to tell stories that I find very exciting,” he said. He wants to see the technology spread around the world – to the Grand Canyon, the Pyramids or Mount Everest – and even beyond our planet. His ultimate dream is to map an image on the moon.

“Will it happen during my lifetime? Maybe,” he said. “It’s extremely challenging, but I believe the technology will come.”

For now, though, he’s delighted to be practicing his craft at one of Earth’s UNESCO World Heritage sites.

“I am looking forward to bringing this incredible journey to life,” he said. “Of the many universities in the U.S., UVA is one that most closely represents the highs and lows of American history, and we have been given a mandate to bring that to life. I think we will do UVA proud.”

To learn more about the Bicentennial Launch Celebration and request tickets, visit www.bicentennial.virginia.edu.