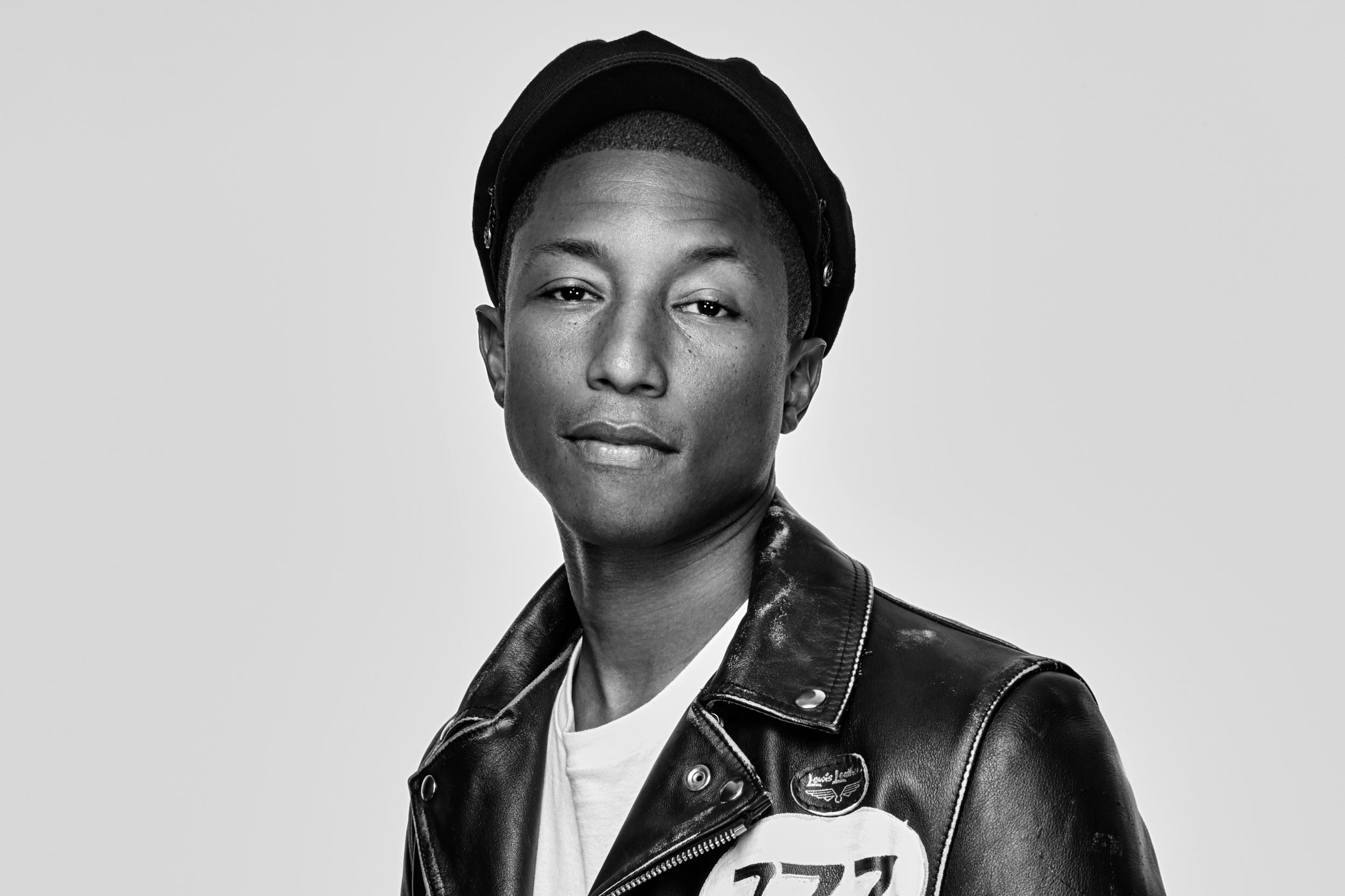 Virginia Beach native and musical hit maker Pharrell Williams will be the keynote speaker at the University of Virginia’s 2019 Valedictory Exercises.

Williams will address the graduating class May 17 at 3 p.m. on the Lawn. The traditional kick-off event of Finals Weekend, now in its 190th year, Valediction is also the time when the Class of 2019 will pay tribute to UVA by presenting various class gifts and University awards.

Valediction is free and the public is invited to attend. (In the event of inclement weather, the ceremony will be moved to John Paul Jones Arena; seating will be on a first-come, first-served basis, with doors opening at 1:30 p.m.)

Williams’ talents are staggeringly many. A visionary recording artist, he is also a producer, songwriter, philanthropist, fashion designer, author and entrepreneur.

He has an interesting UVA connection. Williams co-produced and co-scored the Oscar-nominated film “Hidden Figures,” written by best-selling author Margot Lee Shetterly, a 1991 graduate of the McIntire School of Commerce. In 2017, Williams was nominated for an Academy Award for his co-production of the film and a Golden Globe for his co-scoring.

Many will also remember his electric performance at “A Concert for Charlottesville: An Evening of Music and Unity,” held in UVA’s Scott Stadium. Produced in September 2017 in response to the white supremacist attacks in Charlottesville just a month earlier, the show also included the Dave Matthews Band, Ariana Grande, Justin Timberlake and Chris Stapleton.

Before singing his hit song “Freedom,” Williams directly addressed the violence of August. “See, they thought that they could mobilize, come to this campus, and separate us!” he said to growing swells of cheers in the packed stadium. He told the crowd that in 2015, his producers asked Williams why he wanted to write a song called “Freedom.”

“Freedom? What do you need freedom for?” he said they asked. “But just two years later, you guys know what we need freedom for. Freedom of speech! Freedom of religion! Freedom of belief! Freedom to live! Liberty! With liberty and justice,” Williams intoned, offering his microphone to the audience, which yelled back passionately, “for all!”

Over the years, the tastemaker has been honored with 13 Grammy Awards, including Producer of the Year in 2004, 2014 and 2019; and the American Society of Composers, Authors and Publishers’ prestigious Golden Note Award in 2012.

In 2014, his original song, “Happy,” featured in “Despicable Me 2” (and performed at “A Concert for Charlottesville”) also received an Academy Award nomination.

Serving predominantly at-risk and low-income elementary and middle school students, the “Summer of Innovation” camps integrate project-based learning and mentorship across all of their curricula – all while being 100 percent free of charge for the families. Williams is also the driving force behind “i am OTHER,” his multimedia creative collective that serves as the umbrella for his various artistic interests.

Williams and Valdés will team with “Black-ish” creator Kenya Barris to stage a musical inspired by the Juneteenth holiday tradition celebrating the abolition of slavery in Texas on June 19, 1865, and more generally the emancipation of African-American slaves throughout the American South.

William’s fashion style has always been eye-catching. In 2015, he had tongues wagging when he wore a suit with shorts to the Grammys. He has excelled as a fashion designer with his “Billionaire Boys Club” and “Ice Cream” apparel lines; a textile company, “Bionic Yarn”; and Adidas, which carries the “Pharrell Collection” and Chanel, for which Williams has designed a few ready-to-wear and accessory pieces. Last fall, he opened a restaurant called “Swan” and a cocktail lounge called “Bar Bevy” in Miami’s Design District.

This April, Williams will launch his first music, art and cultural festival in his hometown of Virginia Beach, titled “Something In the Water.” It will feature artists such as Travis Scott, Migos, Janelle Monáe, SZA, Rosalía, Anderson .Paak & The Free Nationals, Jhené Aiko, Mac DeMarco, Maggie Rogers and Lil Uzi Vert, as well as Virginia’s own Missy Elliott, Pusha-T, Dave Matthews Band and DRAM.

“We are so excited to be welcoming Pharrell Williams back to Charlottesville,” Fourth-Year Class President Galen Green said. “He has proven time and time again that he understands what our class has been through and experienced, and he is someone who will be able to relate to us, speak truth to our experiences, and inspire us. We are so grateful to have him as our keynote speaker.”

At UVA, There Is a Club for Everyone END_OF_DOCUMENT_TOKEN_TO_BE_REPLACED