Photos: Virginia Film Festival Guests and Crowds Delighted To Be Back in Person 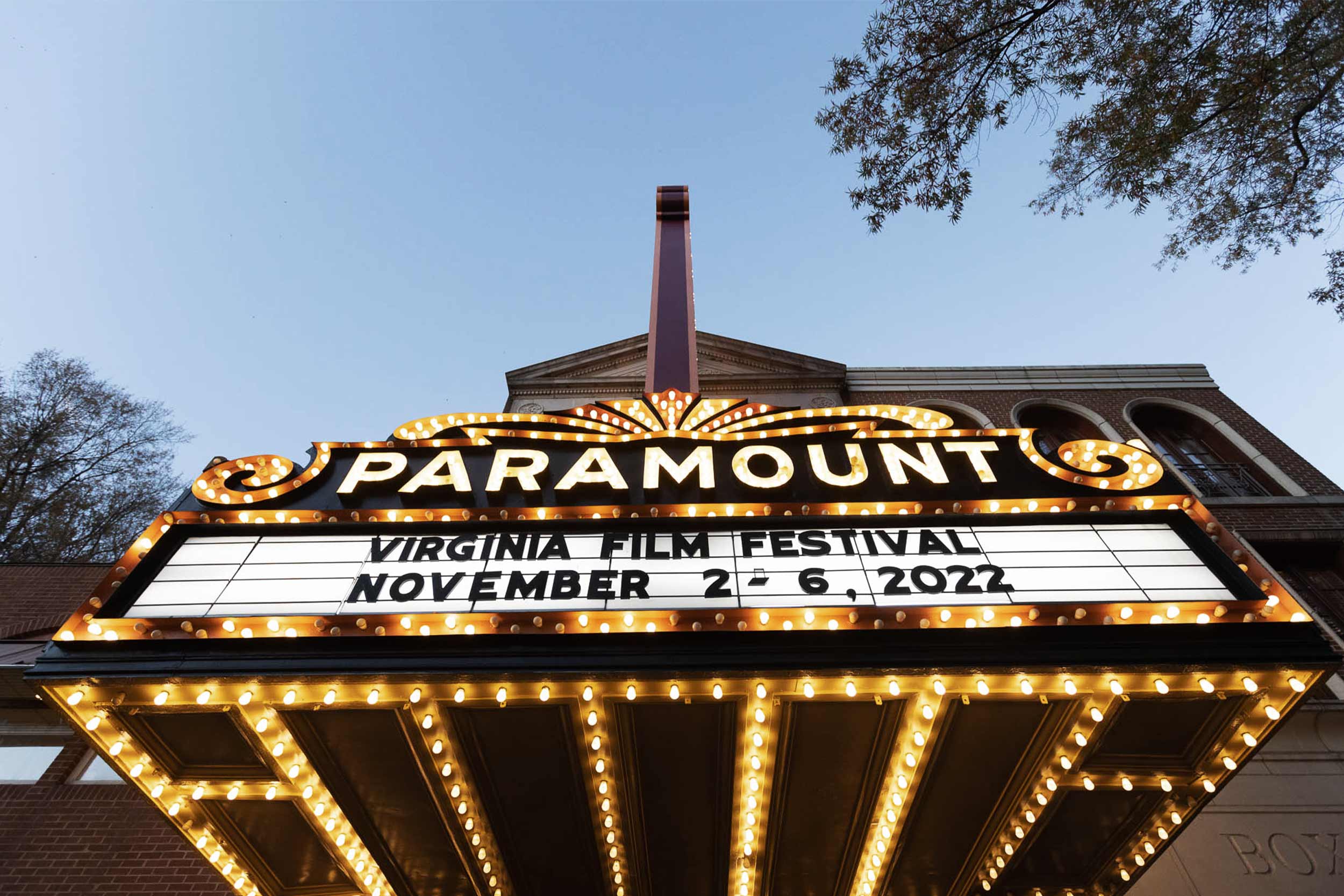 From the opening night’s full house at the Paramount Theater for the area premiere of “Glass Onion: A Knives Out Mystery” to many other sold-out movies and illuminating discussions, the 35th Virginia Film Festival, held Wednesday through Sunday, drew big crowds – free this year from COVID restrictions on social gatherings.

“We all want the arts to come back strong this year,” Jody Kielbasa, University of Virginia vice provost for the arts and director of the film festival, said on opening night. All signs indicate that came true. Kielbasa said he was excited to have all events back in person, as he welcomed a sold-out crowd to the opening night’s film.

The festival, a program of the University and its offices of the provost and vice provost for the arts, presented more than 100 films in locations on Grounds and around downtown Charlottesville.

This year’s guests presenting films featured fresh faces and some that were undoubtedly familiar from many years of significant roles. Dozens of up-and-coming contemporary actors, directors and producers, along with seasoned veterans, screened their films and afterward talked about their roles before the audiences. Panel discussions also included UVA scholars and other experts, critics and participants.

When UVA President Jim Ryan officially opened the festival Wednesday night, he told about the first time he encountered the festival. As a UVA law student in the early 1990s, he “stumbled” into a film festival event, he recalled. The movie being shown was “To Kill a Mockingbird,” the well-known 1962 film about a Southern attorney who defended a Black man wrongly accused of sexual assault. Added to Ryan’s surprise, the much older actors Gregory Peck, who starred as attorney Atticus Finch, and Mary Badham, who played his daughter Scout, appeared to talk about the film afterward. The festival became one of Ryan’s favorite annual events.

Here’s a selection of scenes from the festival. 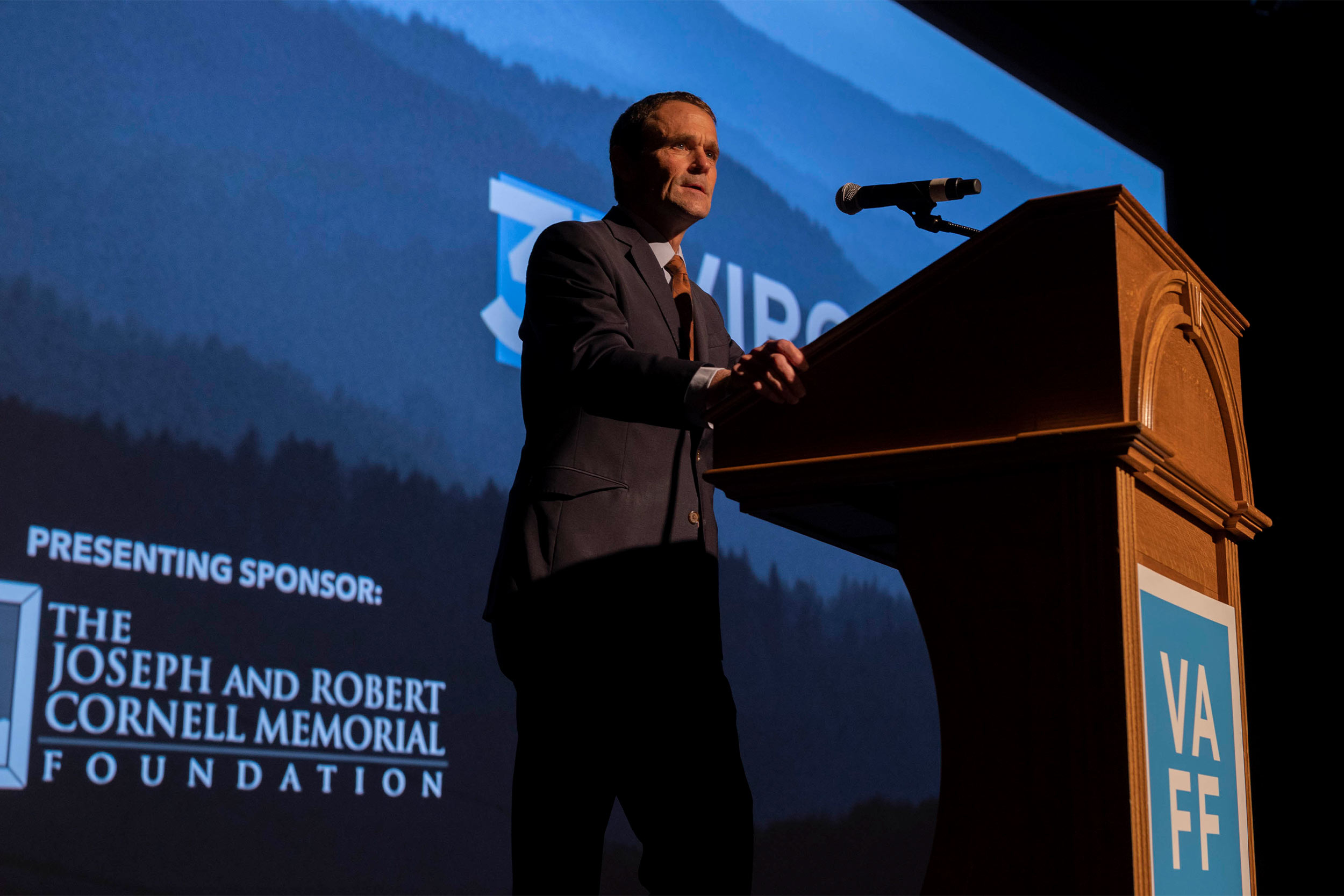 After taking a selfie with the audience in the background, UVA President Jim Ryan introduced the film “Glass Onion: A Knives Out Mystery” on opening night. (Photo by Justin Ide) 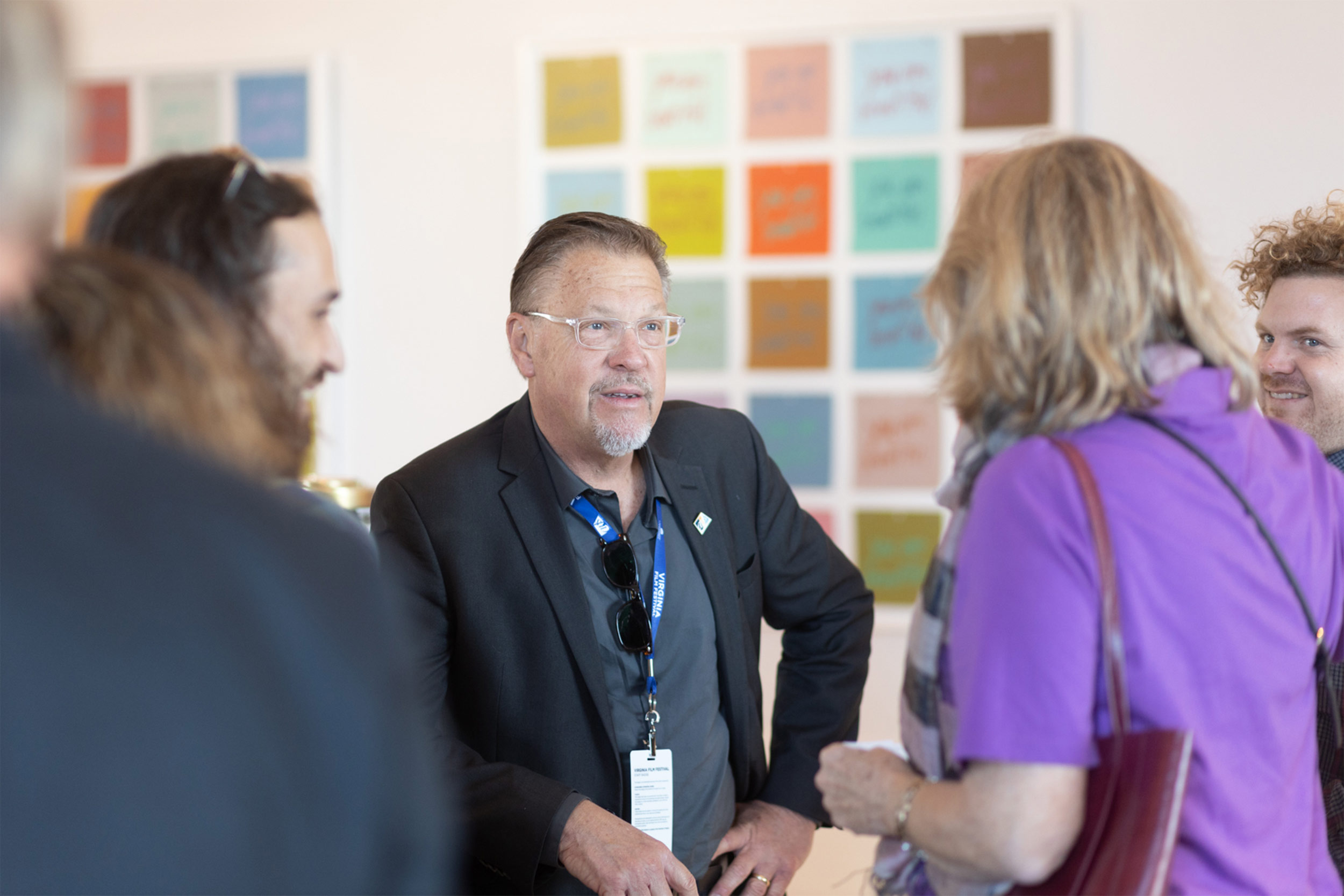 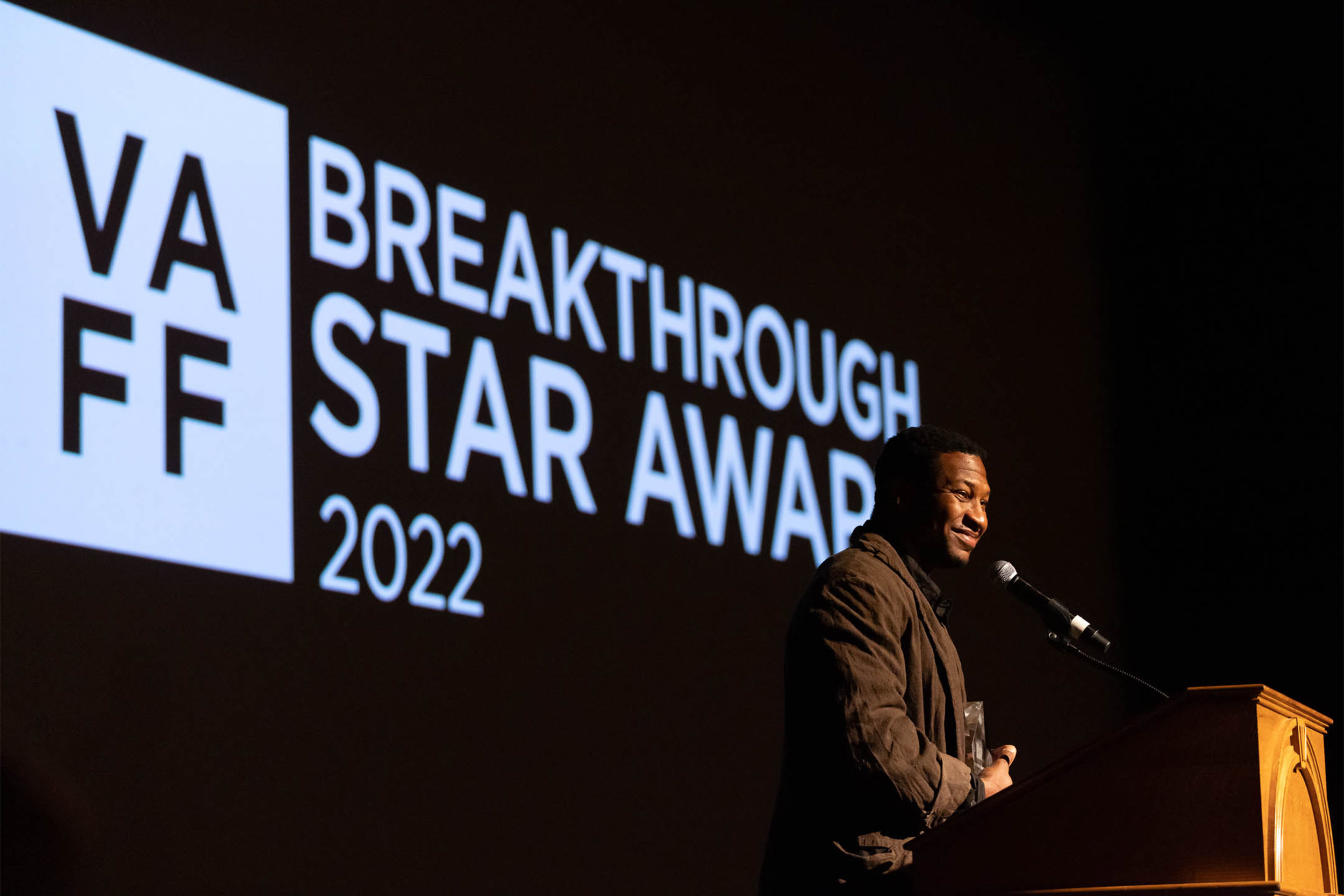 Jonathan Majors receives the Virginia Film Festival’s “Breakthrough Star” award after the screening of his new film, “Devotion,” in which he stars as Jesse Brown, the U.S. Navy’s first Black fighter pilot. (Photo by Jack Looney) 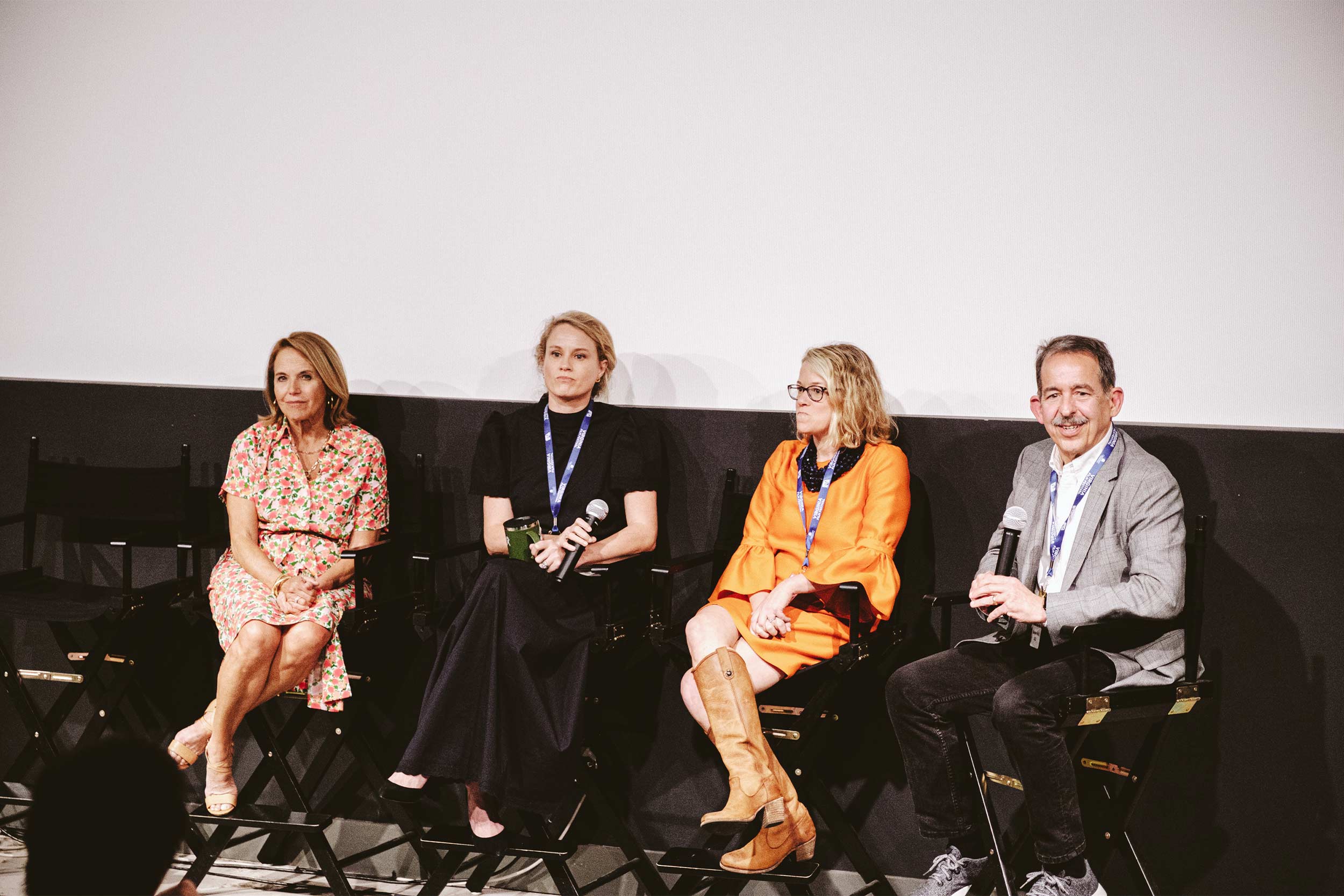 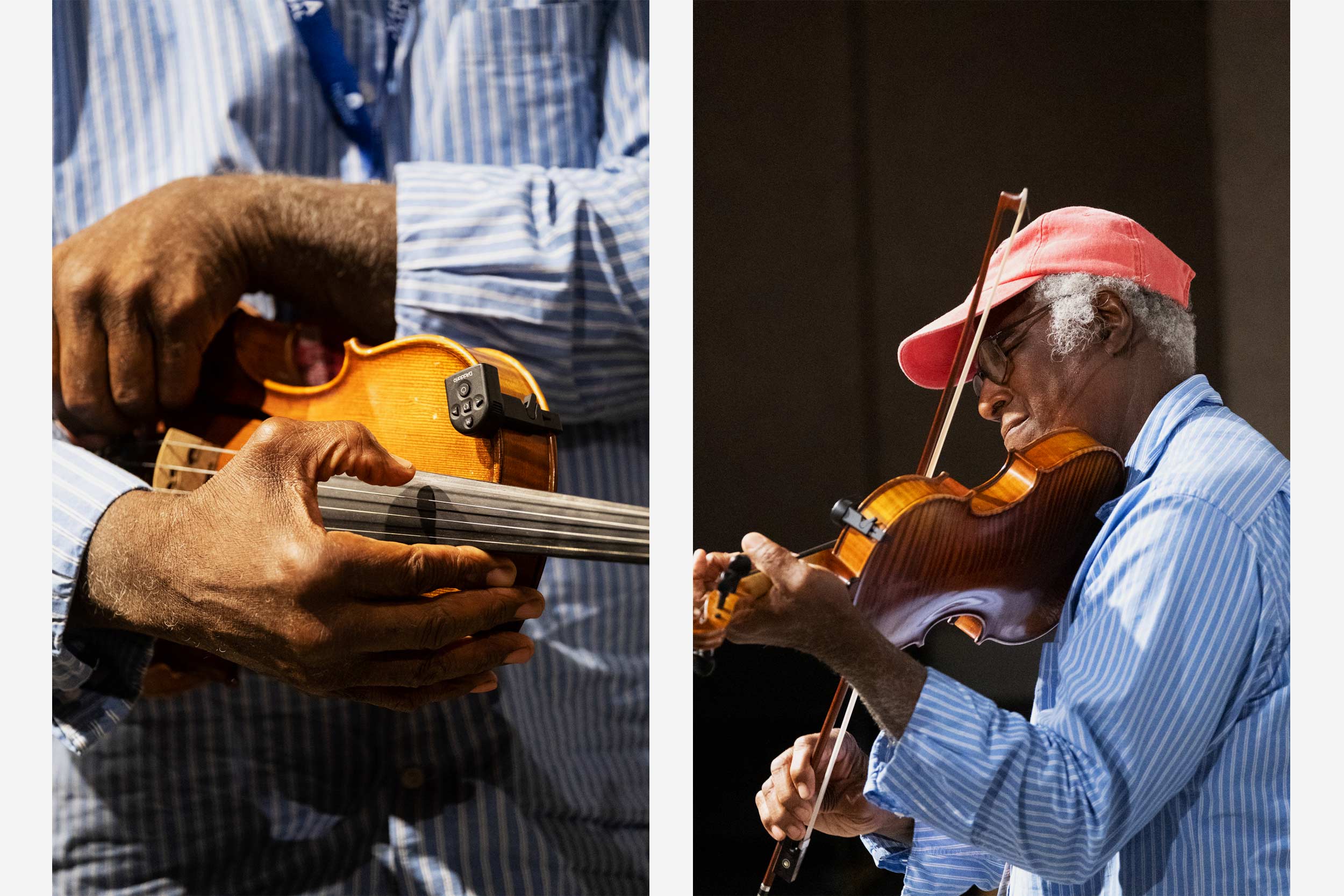 After the documentary, “Black Fiddlers,” made by local filmmaker Eduardo Montes-Bradley, Earl White, a fiddler living in Floyd County who worked at UVA many years ago, played a tune for the sold-out audience. (Photo by Coe Sweet) 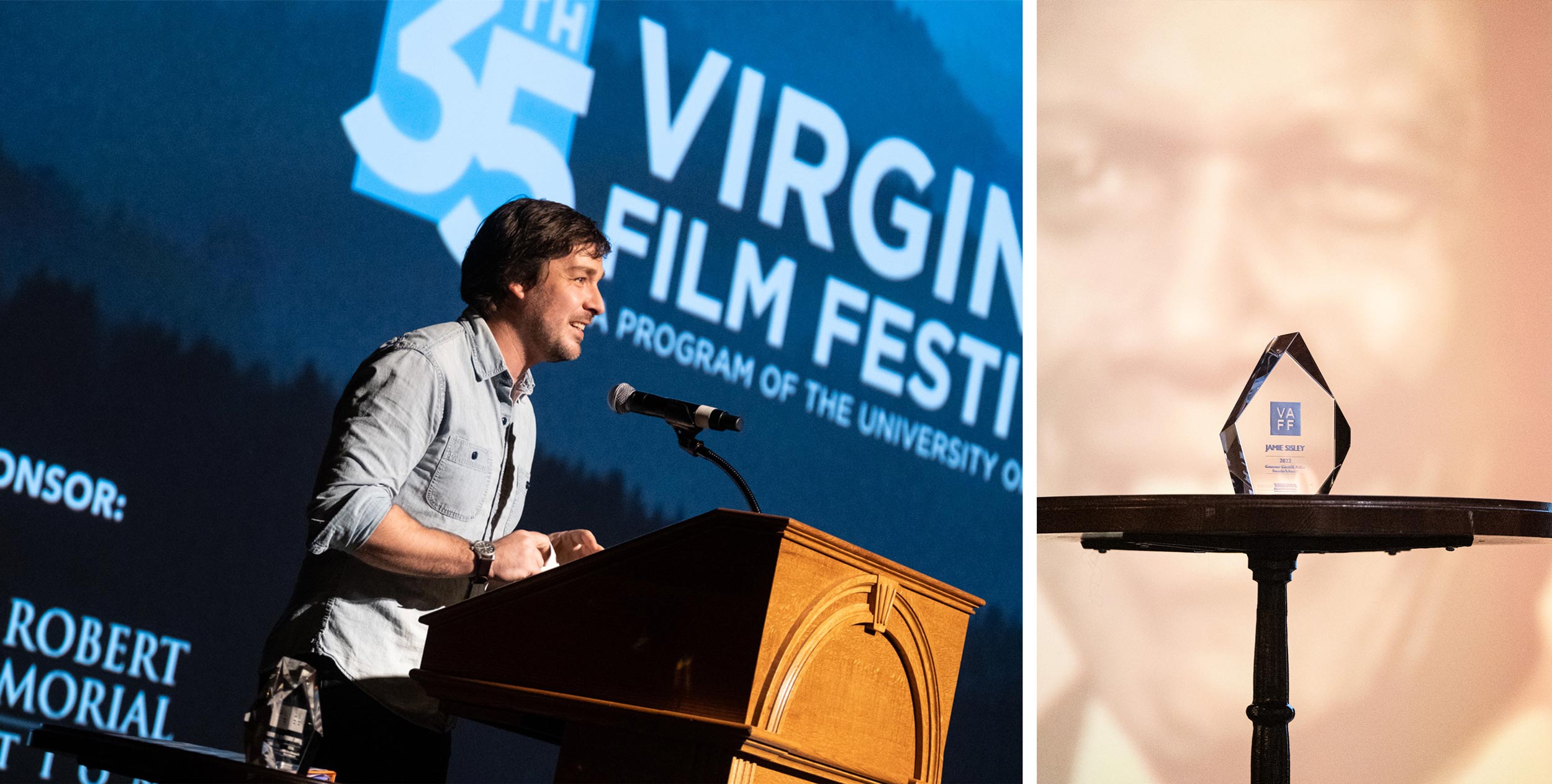 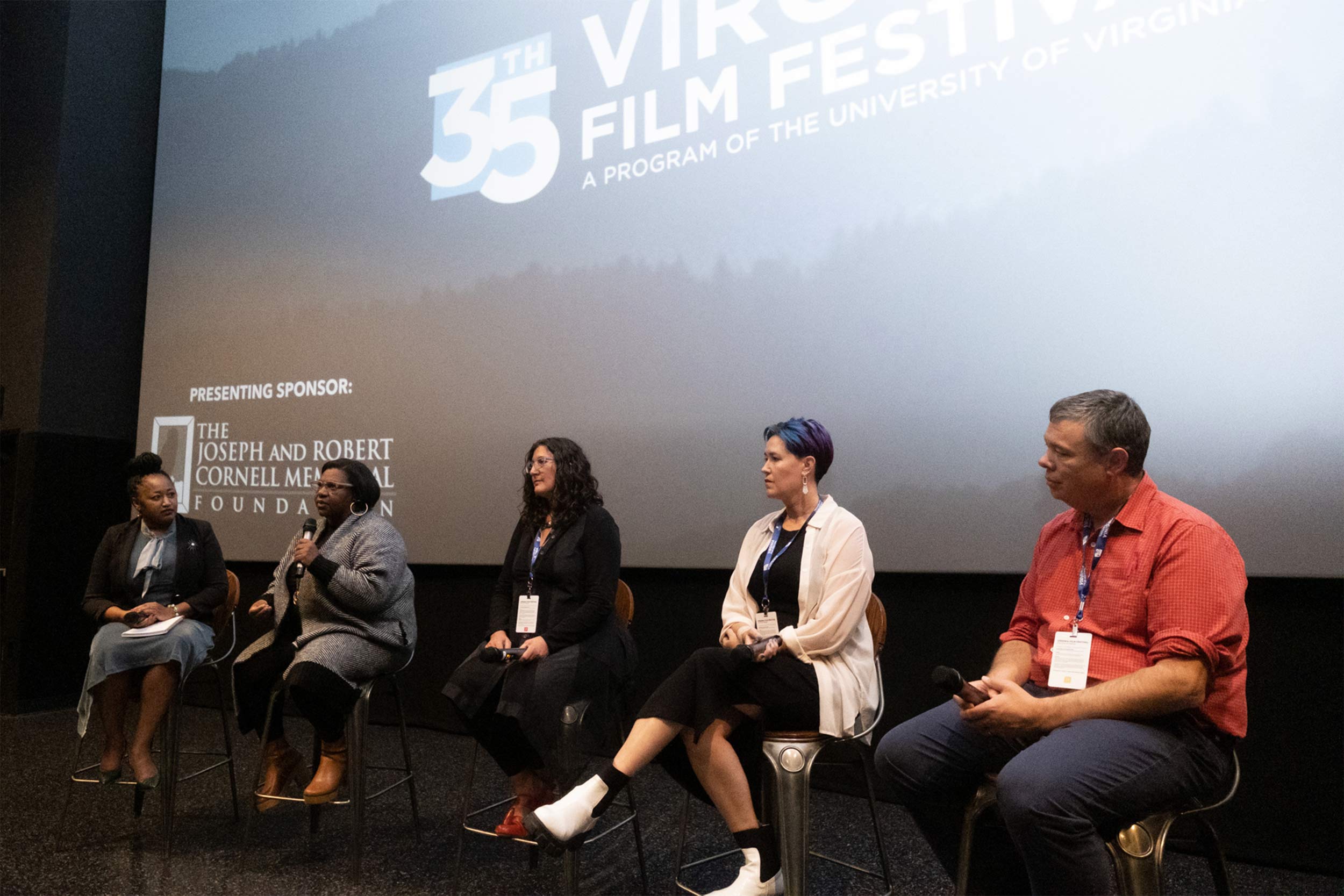 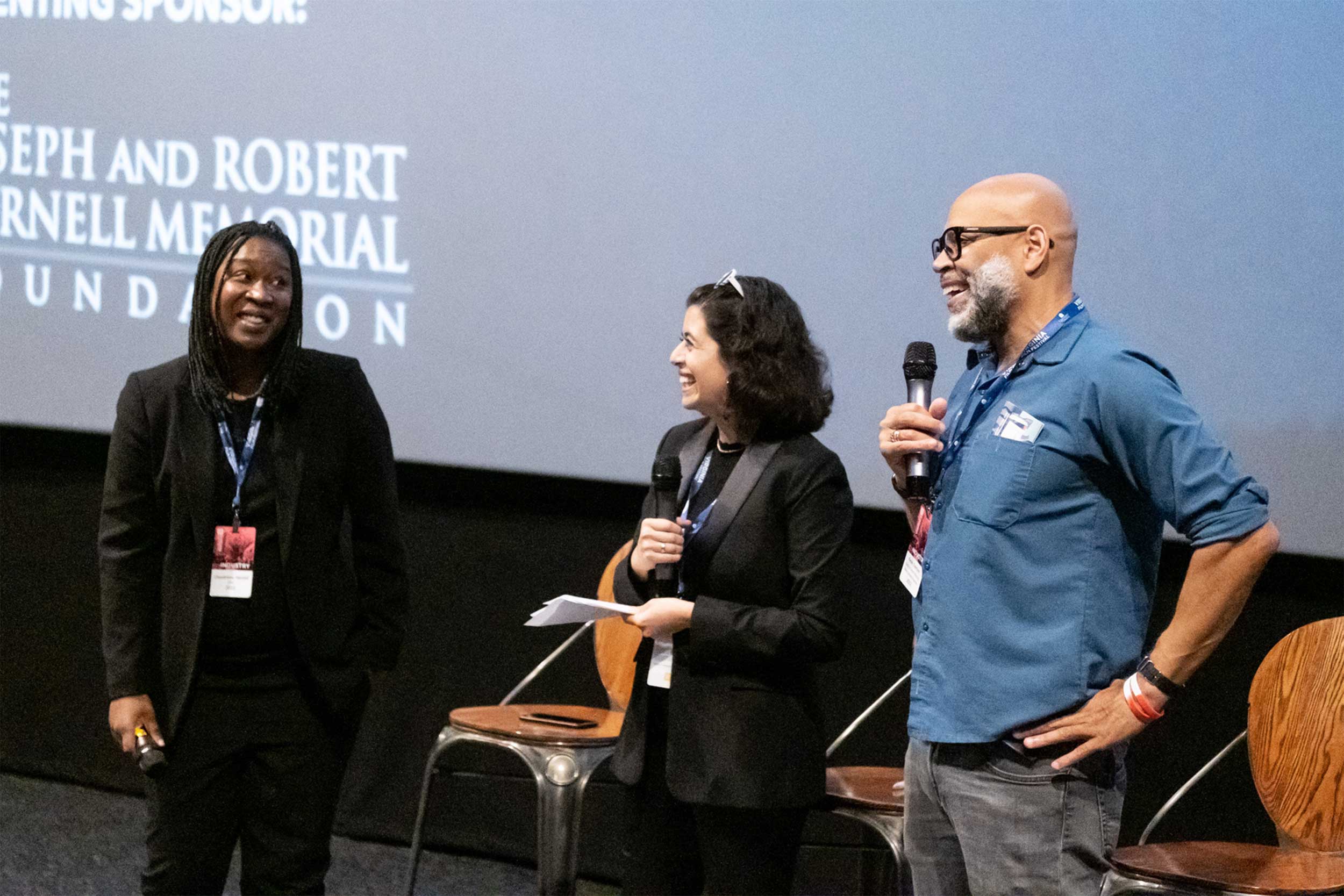