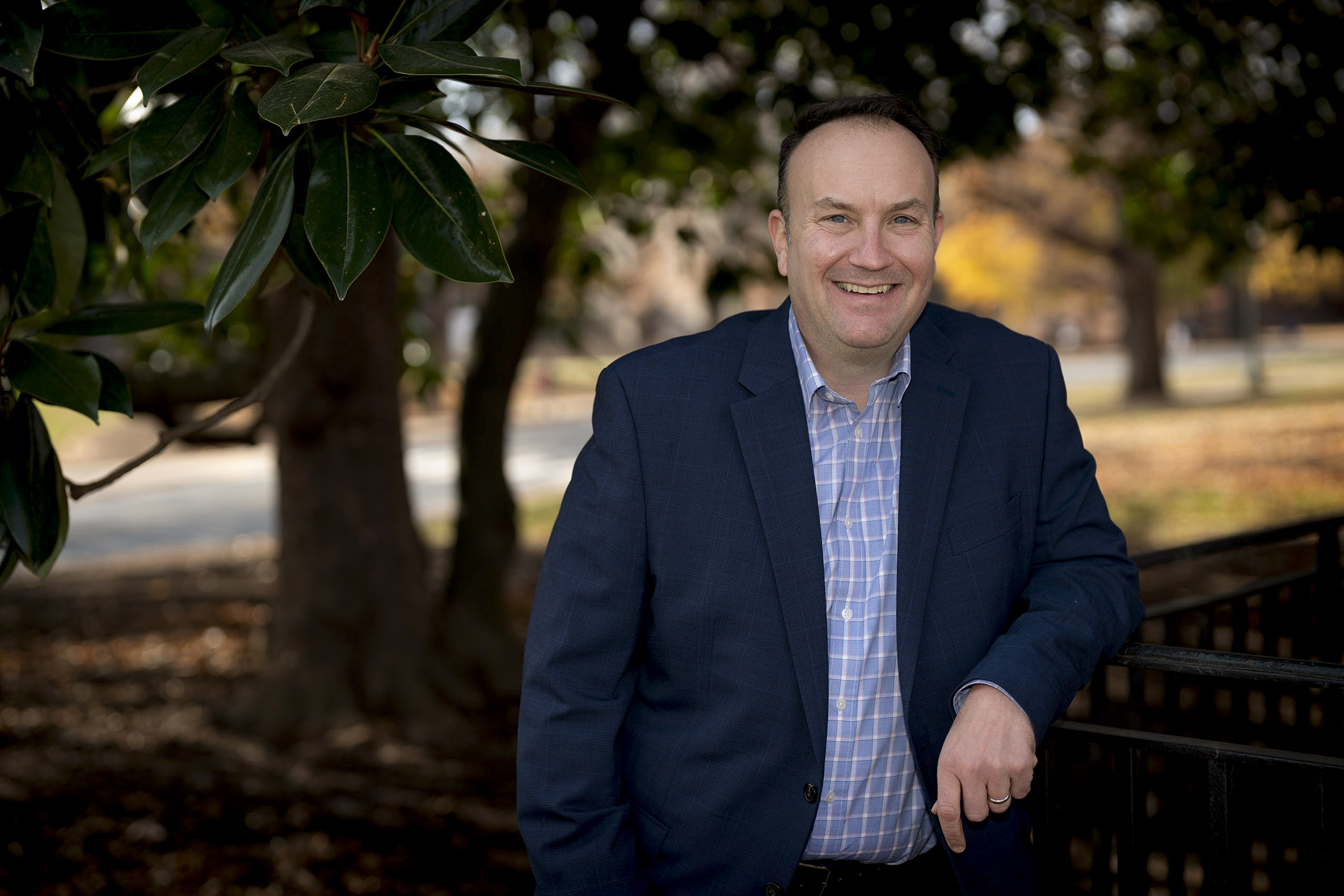 In a University of Virginia physics course designed for non-science majors, professor Chris Neu has developed an innovative way to assess his students.

In Neu’s iteration of a popular, long-running course called “How Things Work,” students deconstruct everyday phenomena – a spinning pitched baseball, an object falling out of a fast-moving plane, or a child riding a merry-go-round– to demonstrate their understanding of the underlying physics principles.

In addition to the traditional written and multiple-choice exams seen in most science classrooms, Neu developed “Physics Idol!” two years ago, a game show-esque oral assessment inspired by the TV show “American Idol.” Weighted the same as the course’s mid-term exams, students are tasked with preparing oral responses to a set list of physics questions.

When their time came to present in November, the students took the place of the lecturer. While Neu and the course’s three learning assistants sat in the first rows of the lecture hall, students were judged on their ability to completely and accurately explain how and why certain everyday phenomena occur.

“A really good gauge of whether a student is achieving deep understanding is to verbally explain phenomena that we observe in our everyday world,” said Neu, whose research is in experimental particle physics and who also is the director of the UVA PhysicsBridge program. “As a non-science student, if you can deliver a good explanation, that really demonstrates that you have grasped the fundamentals of the physics concepts we are studying.”

Students are asked two questions; one that is the same for each student, and the second randomized. The questions contextualize physics principles such as Newton’s laws, the force of gravity, and fluid dynamics. With seven minutes per appointment, students prepared their own answers about each phenomenon, readying themselves for follow-up questions that probed their understanding.

In one such question, students analyzed the flight of two balls, a golf ball and basketball, after being dropped simultaneously from a plane traveling at constant velocity. Would they land behind, in front of, or below the plane? Which would hit the ground first? Would that answer change if the plane were flying near the surface of Mars rather than the Earth? These were the conceptual questions that students sought to understand.

The idea behind “Physics Idol!” stemmed from Neu’s realization that different students thrive in different realms of assessment. While one student may excel in multiple-choice exams or reading-based quizzes, another may excel in oral presentation. Filling that gap is something that Neu said he has not seen enough of in the science courses currently being offered. 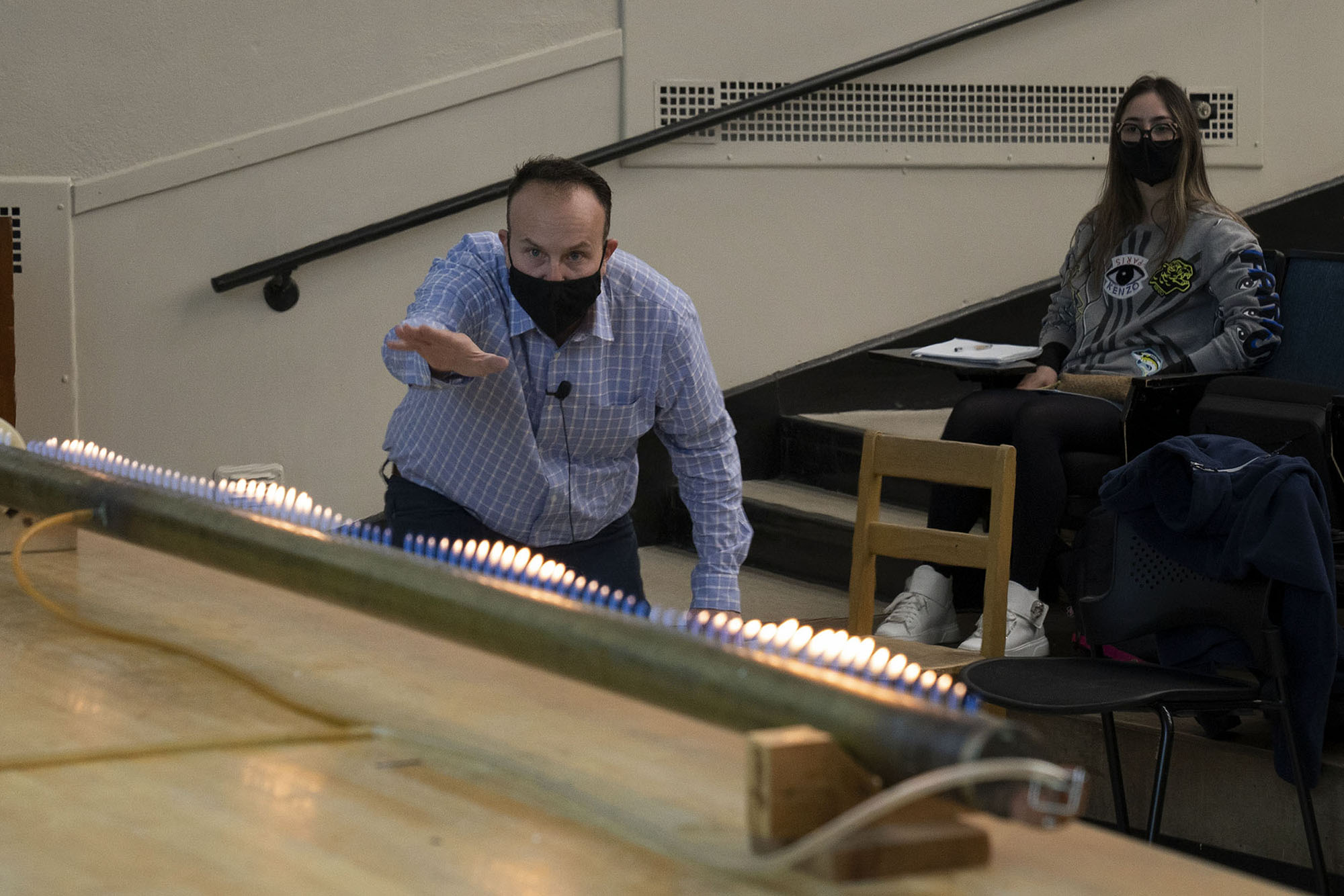 “Physics Idol!” takes place in the popular “How Things Work” course, which teaches non-science students about the underlying physics of everyday phenomena.

Not only does “Physics Idol!” give students the chance to demonstrate their learning using the specific skillset that they bring to the classroom, but it also gives Neu an authentic glimpse of the depth and breadth of their understanding.

“There is no better way to demonstrate your knowledge of How Things Work than by coming into a setting like this and telling people how things work,” Neu said.

In order to prepare for “Physics Idol!,” which this fall fell between the first and second midterms of the semester, second-year College student Sophia Elsom found herself studying more than she had for any other assessment. Compared to a multiple-choice exam, where students can fall back on other answers, Elsom says a speaking test calls for more responsible preparation.

“Knowing that they are going to ask follow-up questions, it really makes you have to dive deep into the information so that you know it like the back of your hand,” said Elsom, who plans on applying to Batten’s Political philosophy, policy and law program with a second major in Chinese. “That method of studying actually makes students learn the material, because there is no way to fake it when you are asked to talk about it in front of experts.” 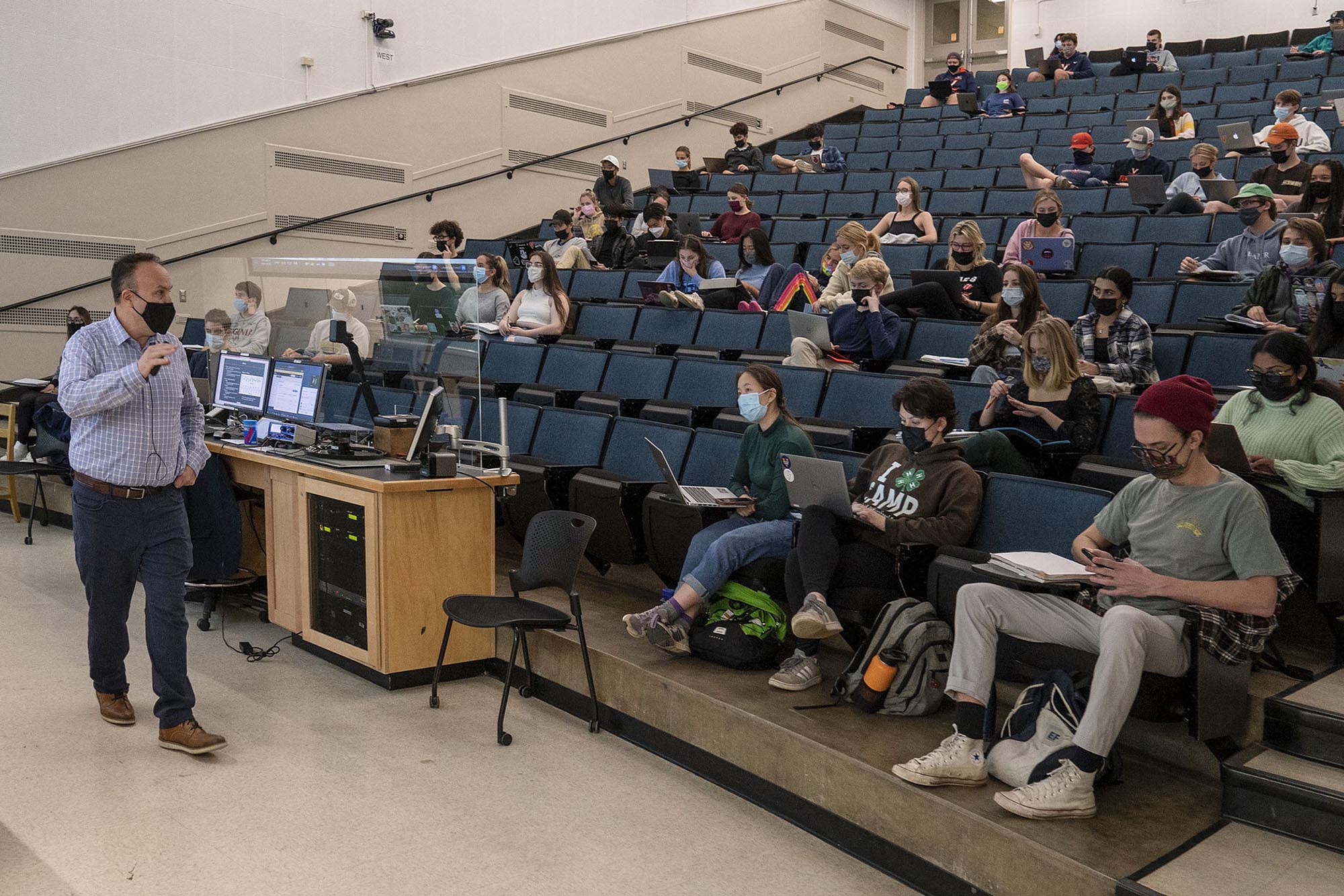 Through presenting and defending their unique understandings, Neu hopes that students can carry valuable skills with them outside of UVA.

Although students were not tested on every question presented to them prior to the assessment, they still had to prepare for each equally, not knowing which they would have to answer. Though Elsom says the thought of explaining physics phenomena to experts was daunting beforehand, she now feels gratified by her greater grasp of the material.

“[It gave me] long-lasting memory. You actually learn the material; you don’t cram-memorize it,” Elsom said. “[Professor Neu] could ask me the same questions now ... and I would be able to recall the answers much better than any other exam I’ve had in the past.”

According to Neu, the benefits of an assessment such as “Physics Idol!” go beyond a greater grasp of the material. By presenting and defending their unique explanations, students are simultaneously preparing for life outside of academia.

“When you leave this place and go into the workforce, for instance, you will interview for a job, and people will ask you to talk about your skills and perhaps ask you probing questions about what you know. You may also someday have to defend your ideas in a professional environment,” Neu said. “I would like to see all of our students get a chance to experience what that is like before they leave here.