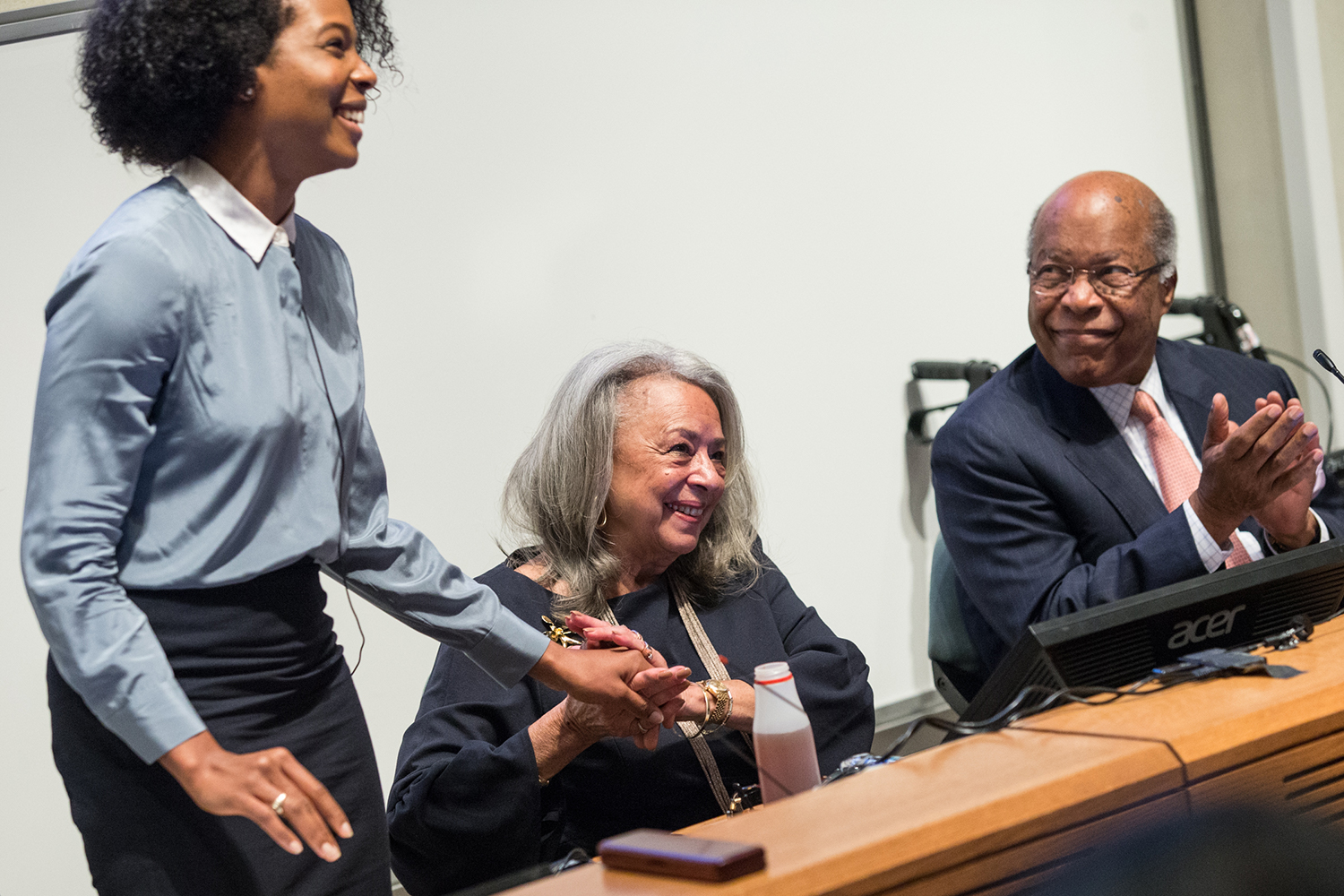 Dr. Vivian Pinn said she expects great things from the researchers who will eventually work in a University of Virginia medical research building that was dedicated in her honor on Wednesday.

Pinn, a 1967 graduate of UVA’s School of Medicine, was the only woman and only African-American in her class. She eventually became the first director of the Office of Research on Women’s Health at the National Institutes of Health.

UVA leaders, faculty and colleagues gathered to honor Pinn and her achievements – in McLeod Hall next door, as the newly renamed Pinn Hall is being renovated.

The UVA Board of Visitors voted to change the name last year before the renovation started. It was originally named Jordan Hall in 1972, after Harvey E. Jordan, a former dean of the School of Medicine and a proponent in the early 1900s of the now discredited scientific theory of eugenics. 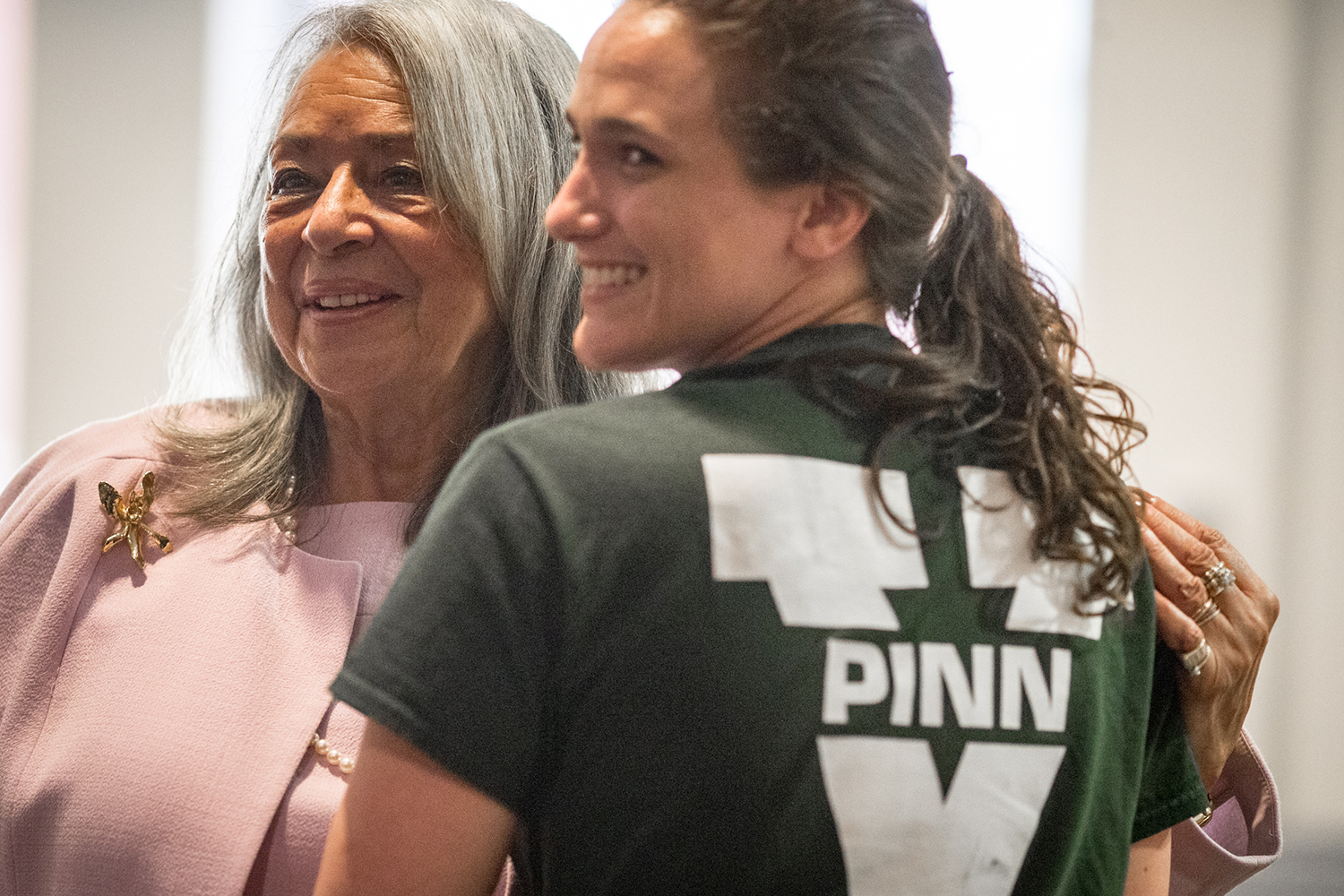 The attendees also spoke about how the building’s redesign will help bring about advances in medical research.

“I’m proud of what I have been able to accomplish,” Pinn said, “but what truly excites me now is a chance to look forward to the future – and to what the next generation of physicians, researchers and policymakers will make possible.”

UVA President Teresa A. Sullivan said, “For the University of Virginia, it is a privilege to dedicate this space in honor of someone who has spent much of her life shattering glass ceilings and breaking down barriers – someone who has made a powerful impact on the University’s history; the history of medicine and women in medicine; and the future for African-American women.”

“A number of you in the audience stood beside me, supporting me and encouraging me,” Pinn said. “Thank you for being open to my ideas – and for adding your own – and for being willing to give me a chance to make change. I am also grateful to those individuals who went before me and who opened doors for me, so that I could shine a light on research inequalities and open doors for others.”

Among the people she thanked in addition to UVA and medical leaders, she mentioned Barbara Starks Favazza, the first African-American woman who came to the Medical School a year before her and became her roommate, and the two fellow students, Kenny Greer and Rick Moore – white men – who asked her to be one of their lab partners.

Pinn’s illustrious career included being on the faculty at Tufts Medical School and at Howard University College of Medicine, where she became the first African-American to chair a department of pathology. In 1991, she took the helm of the NIH’s new Office of Research on Women’s Health and served for 20 years. There she led efforts to include women and minorities in clinical research and leadership, as well as to show the importance of sex differences across the research spectrum.

She also served as president of the National Medical Association, is a fellow of the American Academy of Arts and Sciences and a member of the National Academies of Science’s Institute of Medicine. She is currently senior scientist emerita at the NIH Fogarty International Center.

“Her work at the NIH on minority and women’s health, as well as the disparities in health care, has fundamentally changed how we as physicians practice and how we conduct clinical research,” said Board of Visitors member Dr. L.D. Britt, who chairs the surgery department at the Eastern Virginia School of Medicine.

In 2005, Pinn was the first African-American woman chosen to give UVA’s commencement address. The School of Medicine named one of its advisory colleges for medical students in her honor in 2010, and last year, the Medical School implemented the Pinn Scholarship Program to support and recognize mid-level faculty moving their research into novel areas. 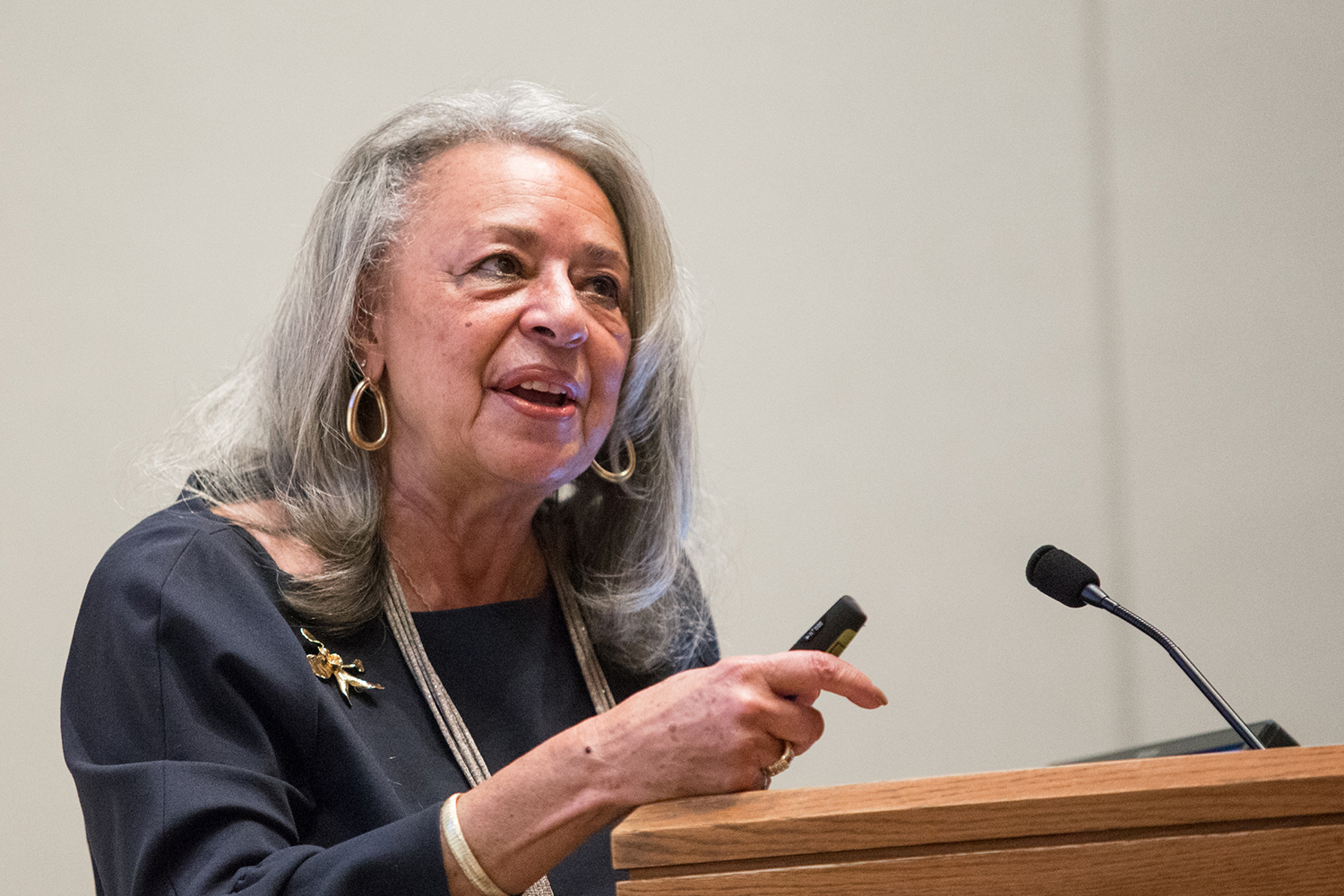 “It’s clear that discoveries made by these scholars and in Pinn Hall will have an impact on health care, both here in our community and far beyond,” noted Frank M. “Rusty” Conner III, rector of the Board of Visitors.

Pinn Hall, located between the School of Medicine and the Medical Center, is the central research facility and houses 10 departments. The renovation will increase usable space by 25 percent, with open and flexible lab modules and shared equipment.

Dr. David S. Wilkes, dean of UVA’s School of Medicine, said, “Our renovation will incorporate the latest technologies and encourage productivity and scientific partnerships within multidisciplinary and interdisciplinary labs.

“These changes will immediately impact our recruitment and retention efforts, allowing us to make cluster faculty hires in strategic areas such as regenerative and personalized medicine. Many of the most highly sought researchers will only relocate to Virginia if we have updated and contiguous space. The future of high-quality medical research requires this type of space.”

One guest who couldn’t attend made a surprise appearance by video: Dr. Francis S. Collins, a 1970 UVA alumnus, who directs the National Institutes of Health. Calling Pinn “a true treasure of biomedicine,” Collins, like the others, outlined Pinn’s achievements over her career in medical research and administration.

“As future researchers in biochemistry, molecular genetics, cancer, cell biology, microbiology and pharmacology work in their new labs in Pinn Hall to advance science in an effort to improve the health of all humanity,” Collins said, “the name of Pinn Hall will serve as a constant reminder that medicine at its best reflects our best and most noble aspirations and values.”

“In all of her pursuits,” said Sullivan, “she embodies the values, character and skills of a leader. She is an inspiring role model for our students and faculty alike.”

What’s Next for UVA’s Class of 2022? END_OF_DOCUMENT_TOKEN_TO_BE_REPLACED

How Affordable is UVA? END_OF_DOCUMENT_TOKEN_TO_BE_REPLACED