Politics, Business Faculty Teach 2008 Financial Crisis – and Anticipate Next One 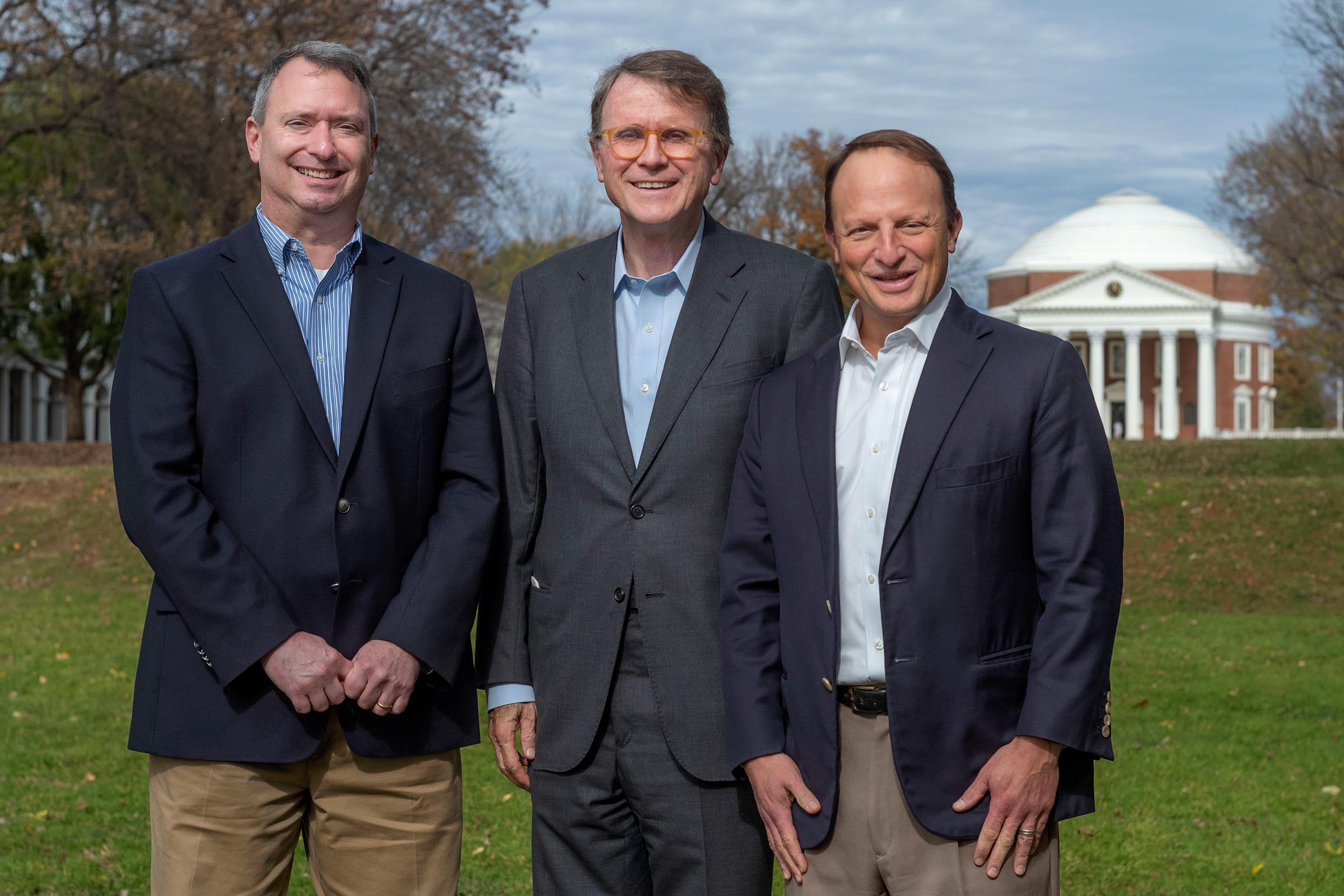 Ten years after the 2008 financial crisis, three University of Virginia professors want to make sure their students understand what happened and how it could happen again.

This semester, Robert Bruner, David Smith and David Leblang teamed up to teach “The Financial Crisis Ten Years Later: Politics, Markets and Institutions.” Bruner is a University Professor and Distinguished Professor of Business Administration at UVA’s Darden School of Business, where he previously served as dean. Smith is a professor of finance and associate dean at the McIntire School of Commerce, and Leblang is a professor of politics and the director of the Global Policy Center at the Frank Batten School of Leadership and Public Policy. This semester, they have arranged two conferences and brought in several guest speakers for their students.

All three professors have done significant individual research on the crisis and the factors that contributed to it. Together, Smith said, they were able to create a course that is much more than the sum of its parts.

“It was very important to us that this class be cross-disciplinary,” precisely because the financial crisis was so complex, Smith said.

Every Wednesday, MBA students from Darden fill a classroom alongside undergraduate business students and other students studying politics, public policy or government. Throughout the week, they work on their own and in teams combing through business cases that the three professors present and analyzing different aspects of the crisis and decisions by major players.

Smith, Leblang and Bruner joined UVA Today on Facebook Live Wednesday to share some insights from the course, ranging from the lasting effects of the 2008 financial crisis to the possibility of a future crisis and how individuals can protect themselves.

The conversation was wide-ranging. Leblang, who focuses on politics and public policy, traced a connection between the 2008 crises and the deep divisions in American politics today, pointing out that the crisis led to populist movements like the Tea Party and the Occupy Wall Street protest, as well as more populist candidates like Bernie Sanders and Donald Trump.

“[Sanders and Trump] are populists; both were talking about inequality,” Leblang said. “We saw those political changes in the U.S., as well as the rise of economic nationalism in Europe, magnified by the refugee crisis.”

Wall Street also “changed profoundly,” according to Bruner. New financial regulations took hold, some banks failed as others recovered, and there was a lot of restructuring. In addition, he said, there was a dramatic shift in public opinion.

“The crisis challenged assumptions about the rationality and morality of the markets,” Bruner said. “Before the crisis, there was a widespread belief that the markets are generally fair and rational, and that we can trust the markets and market participants. We have heard lots of stories in the intervening 10 years about lapses in both rationality and ethics.”

Students said the course helped them draw connections between the crisis, today’s economy and the political environment.

Rachel Walet, a second-year government major, said the course helped her understand how human decision-making influences financial systems, something that previously seemed obscure to her as a non-business student.

“For me, the biggest takeaway was that, as complex as the financial crisis was, behind all of those systems are people – people with ties to certain special interest groups, people who subscribe to narratives that make them act one way or another; people who might make one decision one day and then change their mind,” she said. “That is what I find most interesting.”

“More than anything, this class has given me a heightened awareness of just how deeply our private and public institutions are intertwined, how much risk still exists in our economic and political systems and how easily the momentum of another crisis can pick up,” he said.

The MBA student, who spent several years working in finance before coming to UVA, witnessed some of the lingering effects of the 2008 crisis firsthand.

“The 2008 financial crisis has shaped every professional experience I’ve had, and the opportunity to understand more about what really occurred behind the headlines was a huge draw for me,” Bickwit said.

He particularly appreciated learning more about how the crisis affected politics and public policy.

“Coming from a business background, my focus on the impact of the crisis was confined to the financial services sector, and I had never before thought to trace it through the U.S. political environment,” Bickwit said. “From both of these lenses, the sheer magnitude of what happened and what we’re still dealing with across both of these areas is just staggering.”

In the Facebook Live session, Leblang pointed out that the results of Tuesday’s midterm elections, in which Democrats took control of the House of Representatives, will soon impact the financial markets and add yet another layer to the history his students are studying.

“Come January, we will again have a divided government,” Leblang said. “We don’t know what the House will do in terms of spending bills, authorization to increase the debt, appropriations for infrastructure and a whole range of things could either excite or spook the market. We are entering a new period of time where we need to see what the Democrats will do.”