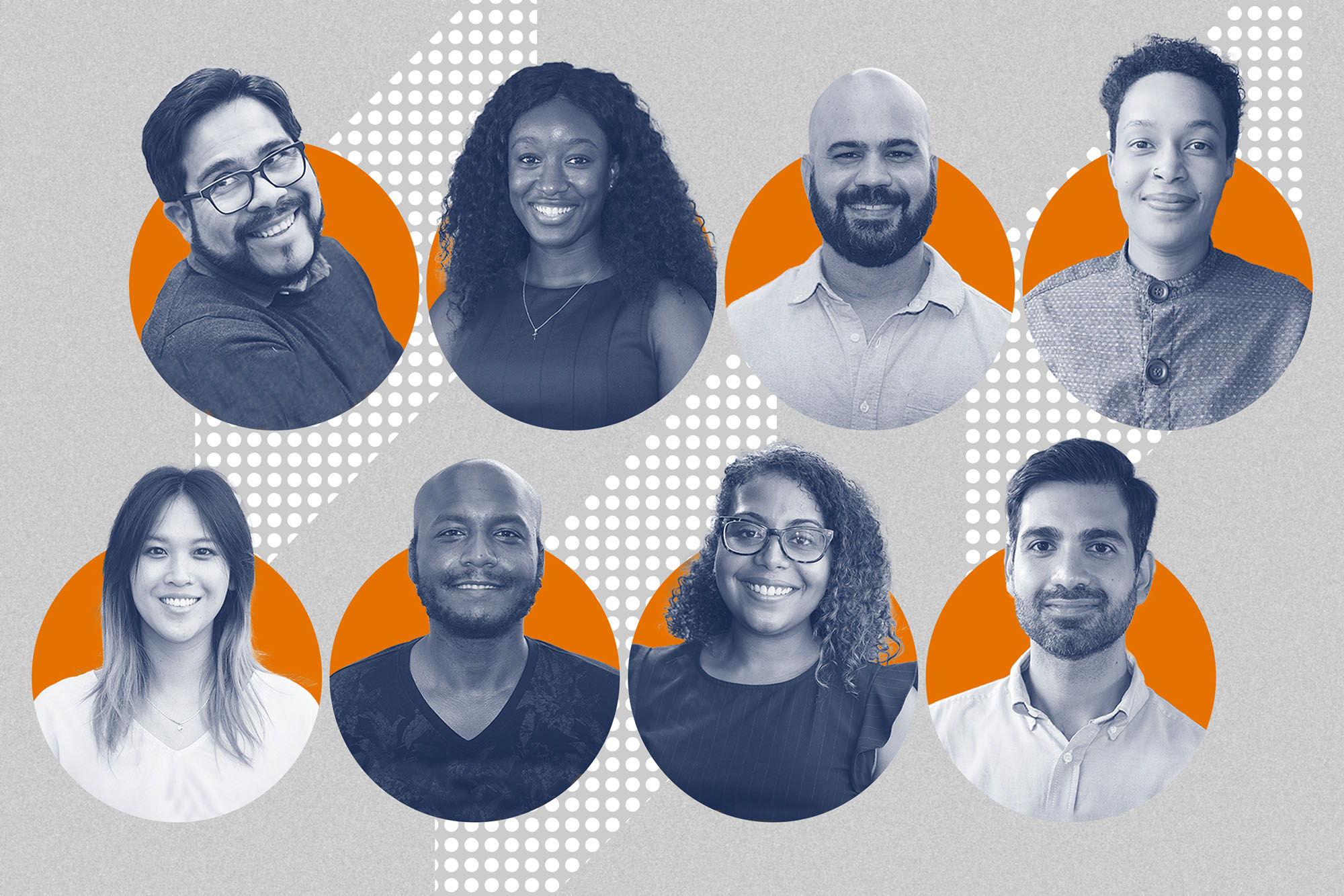 From the Amazon to experimental physics, from the Black Lives Matter movement to youth resilience, a new cohort of postdoctoral fellows reflects the University of Virginia’s commitment to expand research and teaching about issues of race and equity and to bring scholars who are underrepresented in their fields to Grounds.

The College and Graduate School of Arts & Sciences has created a new Rising Scholars fellowship program, with support from the University’s Race, Place and Equity grant from the Andrew W. Mellon Foundation and additional funds.

About a year ago, Arts & Sciences Dean Ian Baucom announced a list of initiatives on race, justice and equity “in concert with the recommendations of [UVA’s] Racial Equity Task Force report.” The Rising Scholars postdoctoral fellowship program covers academic fields in the arts, humanities and social sciences, as well as STEM disciplines.

Baucom said, “The historical moment we are living in – and the deep histories that have produced it – call us to engage with renewed urgency issues of inequality in the United States and across the globe. Our teaching, research, hiring and institutional practices and commitments must respond to this call, and the Mellon Foundation grant enables us to accelerate this crucial work.”

One of the components of the recent Mellon-funded program on “Race, Place and Equity” offers opportunities for emerging scholars to advance research and teaching of race, justice and equity by committing to recruit 30 postdoctoral fellows, approximately 10 in each of three years (eight scholars came to UVA this year). The program allows the University not only to support these scholars in their postdoctoral years, but also to open the potential for some of them to gain tenure-track faculty appointments here and at other universities. In addition to supporting the Rising Scholars program in Arts & Sciences, the Mellon grant is also funding postdoctoral fellows in other schools, creating and supporting a University-wide cohort of emerging scholars.

“We were so honored to receive one of Mellon’s largest investments in UVA to date,” Louis Nelson, vice provost for academic outreach, wrote in email. “The Race, Place and Equity grant gives us the funding not only to bring these amazingly talented emerging scholars to UVA, but also provided funding to help launch a new set of first-year courses and other initiatives that will allow us to engage the deep and complex histories of Central Virginia as we pursue the goals of President Ryan’s Racial Equity Task Force.”

The fellows have many opportunities to expand their professional research networks and engage with scholars in the community through UVA centers and programs, such the Equity Center, the Carter G. Woodson Institute for African American and African Studies, the Democracy Initiative, the Institute for Humanities and Global Cultures and more.

Several of the fellows focus on the Global South, especially Latin America. Ernesto Benitez in the anthropology department, for example, has been conducting fieldwork with the Amazonian Kichwa (also spelled “Quichua”) people of Ecuador’s Napo province for about a decade. He has paid particular attention to the ecotourism that arose in Ecuador’s Upper Amazon in the early 1990s and the impact it has had on the livelihoods and identities of Kichwa people. Many people gradually shifted from agricultural and subsistence-based activities to service-based work in ecotourism.

Benitez, who’s originally from Cuba, wrote his dissertation on how Kichwa tour guides in Napo – most of whom are young men – negotiate the demands and expectations of the ecotourism industry and how, in the process, are showing new understanding of their ethnic, gendered and sexual identities.

Kat Cosby in the Department of Women, Gender and Sexuality focuses on the impact that Black women in the post-slavery era – 1871 to 1930 – had upon the development of São Paulo, Brazil. Their book manuscript explores the presence and contributions of Black women and the attempts to erase them historically from geographic areas in São Paulo that were essential to the formation and development of the city.

Cosby examines how criminalizing Black women’s presence was crucial to the ideology emphasizing whiteness and practices in the early 20th century. They received a fellowship from the American Council of Learned Societies and a Fulbright/Hays fellowship in support of research abroad.

This year’s postdoctoral fellows exemplify the dual goals of the program, Baucom noted, “expanding the diversity of the questions and research fields we engage, and expanding who we are across all fields.”

The Rising Scholars and Mellon postdoctoral fellows are:

What Is Biotechnology? Where Is It Headed at UVA? END_OF_DOCUMENT_TOKEN_TO_BE_REPLACED