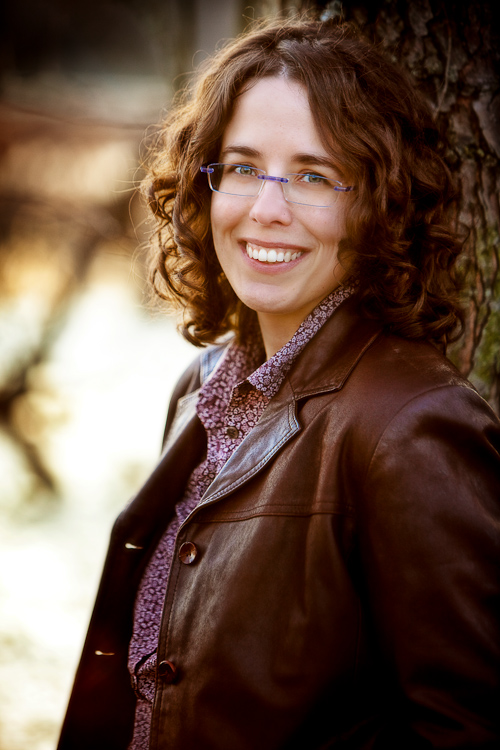 Jane Friedman, a lecturer in the Department of Media Studies, has published a heartfelt remembrance about her father in the new anthology, &amp;ldquo;Every Father&amp;rsquo;s Daughter.&amp;rdquo;

What shapes the deep emotional bonds between fathers and their daughters – and what are their complex conversations all about?

Such are the ambitious questions behind the recently published “Every Father’s Daughter: Twenty-four Women Writers Remember Their Fathers.” With an introduction by celebrated critic and writer Phillip Lopate, the anthology includes personal essays by Nobel Prize winner Alice Munro, Pulitzer Prize-winning Jane Smiley, Bobbie Ann Mason, Maxine Hong Kingston, and other journalists and essayists of various levels of acclaim.

Compiled and edited by educator and novelist Margaret McMullan as a tribute to her own father, “Every Father’s Daughter” offers glimpses into the love and sometimes disappointment in father-daughter relationships.

Jane Friedman, a lecturer in the University of Virginia’s Department of Media Studies, contributed one of the more memorable essays in the collection. A successful writer and editor who has spent nearly 15 years in the publishing business, Friedman has commented on digital media in many outlets, including NPR’s “Morning Edition” and Publishers Weekly. She is currently working with The Great Courses on a 24-lecture series on how to get a book published, due for a late-October release.

In the mid-1990s, McMullan was Friedman’s creative writing teacher at the University of Evansville in Indiana; consequently, the editor was already familiar with Friedman’s style and her stories about her father. In the essay, “The Memory I Choose,” Friedman shares her memories about her Jewish father, who originally came from Brooklyn, but lived and died in the small rural town in Indiana where she was raised.

Friedman’s father was 55 and her mother was 40 when they married; both had been married before. Her mother was already raising five teenage children (Friedman’s half-siblings) in rural southern Indiana when she married, and then became pregnant with Friedman at the age of 41. It was often a difficult and conflicted marriage, and her parents divorced when Friedman was 10 years old. Although her father fought for custody, Friedman ended up living with her mother. Friedman’s father died at the age of 69, when she was only 12.

With Father’s Day approaching, we talked with Friedman about the book, her father and that whole father-daughter thing.

Q. Have there been other books with this concept published before in celebration of Father’s Day?

A. It’s really common to have books related to fathers and sons, mothers and daughters, and mothers and sons. But for some reason the father-daughter thing is really rare and exceptional. That’s what drove Margaret to put together this anthology – the originality of the idea, and because her father had just died.

Her dad really fostered the love of reading with her from a very young age, and so when he died, there was this emptiness of wanting to read about fathers and daughters, but she couldn’t find anything that was published. Margaret decided that that would be part of her process of grieving and recovery – to ask everyone she knew who was a writer for their stories, and then put together this anthology.

Q.  Your story about your father shows him to be a remarkable individual. How did that uniqueness translate into your own desire and need to write?

A.  When I was in college and in writing classes, my father was one of the first topics that came to me. But it was mainly to explore all of the doubts and things that I didn’t know about him. It was my driving curiosity to have more information about who he was and to sort through all of the clues about who he was, especially since my memories were becoming more distant.

As I mention in the essay, something really interesting happened when I was in my 20s. I had all of these home movies that my father took on Super-8 film transferred. After nearly 20 years of not viewing them, I watched them all. It filled in both the emotional and factual gaps about what my childhood was like, how he and I interacted, what his personality was like. You can even see the evolution of his relationship with my mom getting worse. There were just so many surprises there, and that brought up a lot more things that I wanted to write about.

Q. How did the process of telling your father’s story begin to shape your own story?

A. Something I’ve discovered through being in the publishing industry and being an editor is the power of telling a story, whether it’s a fictional one or a true one. It really has the power to shape your life.

Something I started to realize is that the weight of my mother’s story was crowding out the story I wanted to tell. This essay was a major shift for me in deciding I couldn’t accept her story as my own anymore.

In writing the essay, I realized that, when I was growing up, my dad was practicing calligraphy every day, and he had done so every day for his entire life. This made a profound impression on me: I saw him practicing his art day after day. You could see evidence in his art all around town.

He taught his art, but what he made money from was really a mixture of his art and commercialism – things that people would purchase, mostly signs. In the small town where we lived in Indiana, he had an active business of creating signs and menus and anything that had lettering in it. He was the only person who professionally produced that sort of work locally, so even in his retirement, he was active.

Q.  Did anything come to mind about fathers and daughters in contemporary culture when you were writing your essay? You started this conversation by saying there really hasn’t been an anthology like this until now. Is that because fathers and daughters are viewed in a different way than other family relationships?

A. Maybe it’s because fathers are stereotypically quieter, strong and don’t talk about their emotions as much, so that we tend not to have anthologies about the father-daughter relationship.

But what my father did for me – and I don’t believe that this is what every father does for his daughter – was consistently giving me the message that I should never apologize for who I was. And I think that was a great message for me to have as a girl growing up.

I would hope that all fathers would give that message to their daughters. My father most certainly gave me the feeling that it didn’t matter what my background was or what my religion was or if I was rural or urban or rich or poor.

So I don’t know that there’s anything necessarily more universal in my story that applies other than that.

Q. A lot of your memories about your father are coming from the videos; as a result, you have to kind of re-imagine the relationship, right?

A. Exactly. And I feel like this is the deep part that’s hard to overcome – just the fact that I don’t feel like I had a real father-daughter relationship. It’s something that I have to, in some cases, invent the memory for myself because it’s been so long ago now. It’s been – I was 12 years old when he died, so that would be over 25 years ago. So I’ve spent double the years without him than I spent with him, and most of those years I have no memory of anyway.

But as his daughter, my father showed me I could do whatever I set out to do as long as I basically had the confidence and the wherewithal to go after it. That was his mode of operation, and he assumed I would do the same.