President-Elect Ryan’s Secret Formula for Happiness in Life … Wait, What? 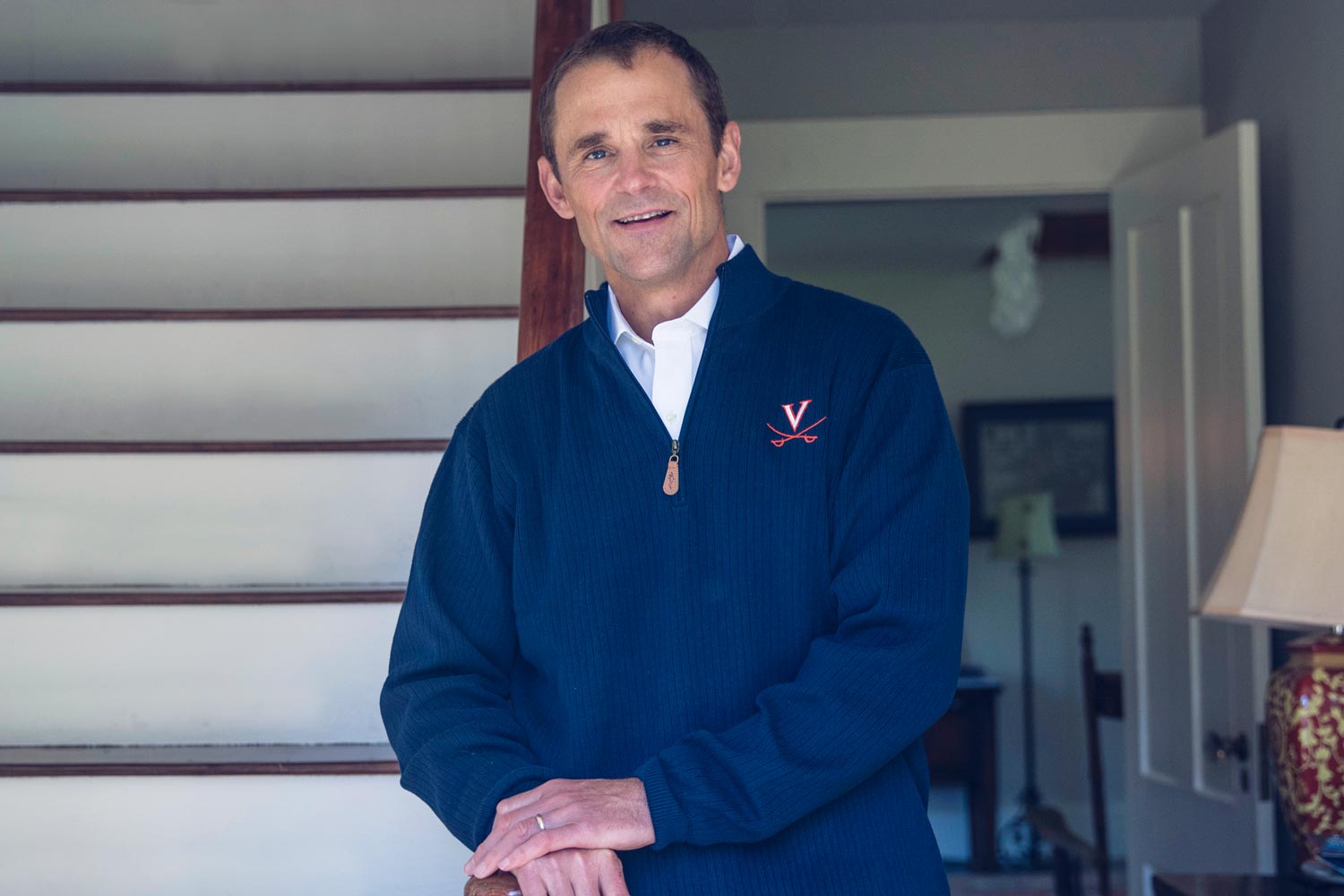 President-elect James E. Ryan set out to give a graduation speech about the importance of asking lots of questions. What happened after continues to surprise him. (Photo by Sanjay Suchak, University Communications)

Then there is the commencement address delivered by James E. Ryan to the 2016 graduates of the Harvard Graduate School of Education. Ryan, dean of that school, was selected Friday by the University of Virginia Board of Visitors to serve as the ninth president of UVA.

“To my complete and utter surprise, it went viral,” Ryan said of the commencement speech video. “I think the last time someone checked, it’s now over 10 million views.”

The effectiveness of Ryan’s speech was a combination of its simplicity and practicality, its relevance to so many people and so many situations, and his effective delivery. Not to be underestimated, it also featured a clever hook.

That hook was a question his kids used when talking to their parents – one every modern parent has heard a thousand times.

“My kids typically pose this question when I get to the point in a conversation when I’m asking them to do a chore,” he told the Harvard graduates in the 2016 speech. “From their perspective, they hear me say, ‘Blah-blah, blah-blah, blah-blah … and then tomorrow I’d like you to clean your room.’ And at that precise moment, the question becomes, ‘Wait, what?’”

In a recent interview with UVA Today, Ryan said the phrase might be simple, but it serves as an effective conversational and interpersonal tool.

“I know it’s a little silly, but it’s a question that indicates that you are pausing to make sure you understand what someone else is saying. The point I was trying to make was we don’t do that nearly enough,” he said. “We listen, and then we quickly form a judgment, even if we don’t fully understand what someone else is saying. The ‘wait’ reminds you to slow down and actually make sure you understand something before you make a decision or before you make a judgment.”

Ryan’s speech presented five questions that he describes as essential in life:

The commencement speech delighted graduates and their family members and guests – but the viral part was yet to come. After the communications team at Harvard posted a YouTube video of the essential questions from Ryan’s speech, an editor at HarperCollins urged him to write a book based on the speech and its message. Ryan declined at first, but ultimately took on the project.

“Wait, What? And Life’s Other Essential Questions” was published this spring by HarperCollins Publishers and quickly earned a spot on the New York Times Bestsellers list. Ryan soon would find himself a guest on “CBS This Morning,” on “Fox News,” and a frequent interviewee for news articles.

Ryan has received emails from readers who said the book has helped in some way. He has heard from teachers using it in the classroom, and from companies discussing it during business retreats. He even has heard from pastors who planned to use the message of the essential questions in sermons.

“I didn’t set out to deliver a speech that would go viral, that’s for sure,” Ryan said. “But to find that it resonated with so many people, and to feel like I’ve helped someone else in one way or another, is really gratifying.”

As it turns out, asking lots of questions generally is something Ryan considers important. He said people often spend time worrying if they have all the right answers, when they would benefit more from thinking about good questions they might ask.

That’s part of how he plans to approach the UVA presidency. Ryan has a year remaining in his tenure as dean at the Harvard Graduate School of Education and will begin his transition to UVA next summer.

In his introductory remarks Friday at the Rotunda, Ryan promised the large and enthusiastic group of University community members gathered on the Lawn that he would ask lots of questions and “carefully listen to your answers.”

“Maybe the most important benefit of asking questions,” he said in the UVA Today interview, “is that it’s by asking questions that you form deeper connections with both the world around you and the people in it. I think that is the best path to a happy life.”

When Less Is More: How Harnessing the Power of Subtraction Can Add to Life END_OF_DOCUMENT_TOKEN_TO_BE_REPLACED