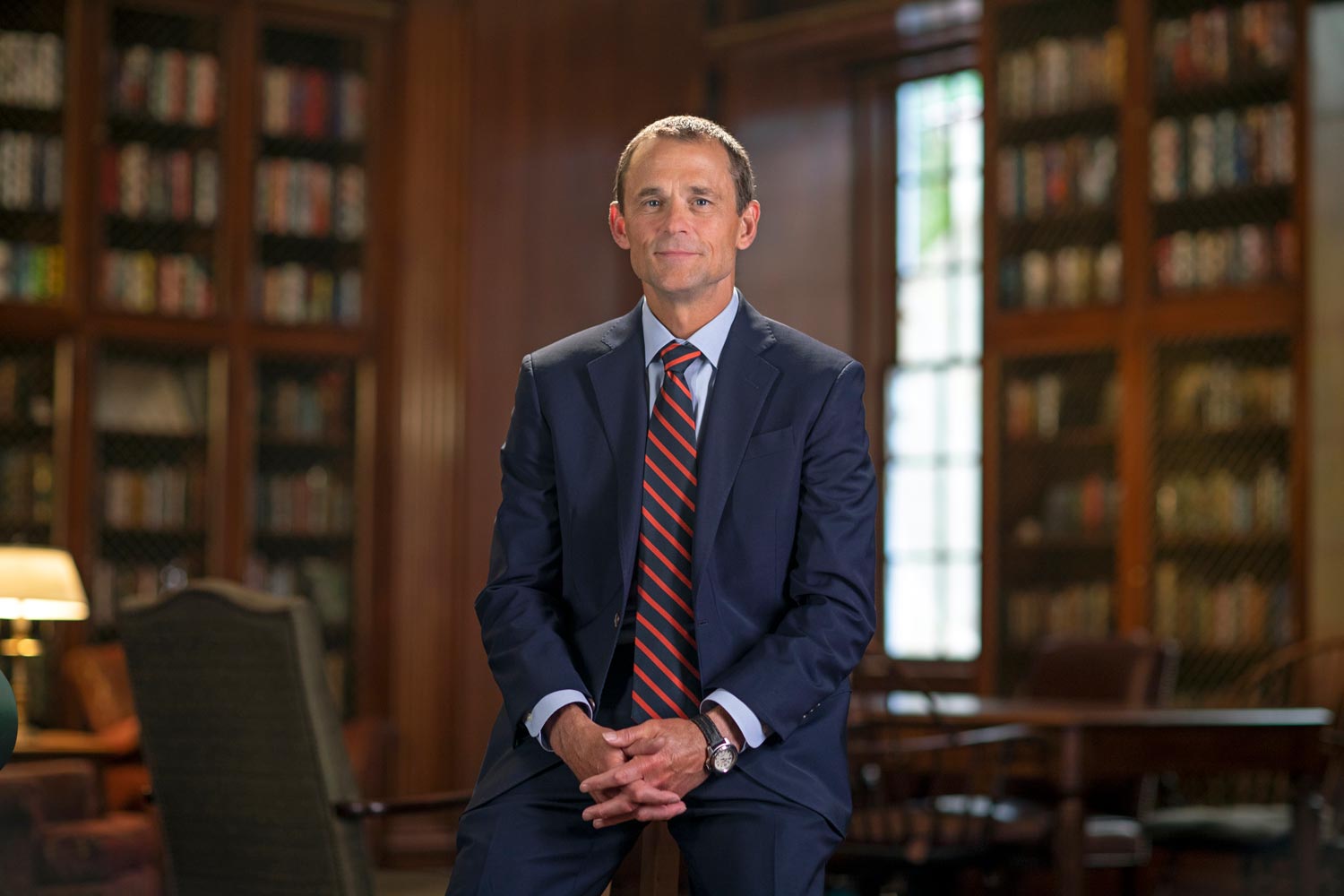 University of Virginia President Jim Ryan has been elected to the illustrious American Academy of Arts and Sciences, alongside former First Lady Michelle Obama and author Jonathan Franzen, among others.

The academy announced the members of the 239th class Wednesday morning.

Ryan joins honorees from academia, business, government and public affairs. He was elected to the social sciences law category.

“I am excited and honored by this special opportunity, and grateful to the Academy for including me among a truly impressive group of fellow newly elected members,” Ryan said. “I look forward to contributing to this community of scholarship with a commitment to supporting and enriching our collective work for the public good.”

Ryan – also UVA's George M. Kaufman Presidential Professor and a professor of law and education – is the 41st member of the University community elected to the academy. Last year, School of Law Dean Risa Goluboff and history professor emeritus Joseph C. Miller were elected. Ryan is the third consecutive UVA president to be honored with the distinction, following President Emerita Teresa A. Sullivan (elected in 2015) and President Emeritus John T. Casteen (2009).

“One of the reasons to honor extraordinary achievement is because the pursuit of excellence is so often accompanied by disappointment and self-doubt,” said David W. Oxtoby, the president of the academy. “We are pleased to recognize the excellence of our new members, celebrate their compelling accomplishments, and invite them to join the academy and contribute to its work.

“With the election of these members, the academy upholds the ideals of research and scholarship, creativity and imagination, intellectual exchange and civil discourse and the relentless pursuit of knowledge in all its forms.”

The academy was founded in 1780 by John Adams, James Bowdoin and others who believed the new republic should honor exceptionally accomplished individuals and engage them in advancing the public good. The academy’s dual mission has remained essentially the same 239 years later, with honorees from increasingly diverse fields and with the work now focused on the arts, democracy, education, global affairs and science.

Ryan will be inducted in October at a ceremony in Cambridge, Massachusetts.

Monkeypox Is Spreading, But University’s Risk Believed To Be Low END_OF_DOCUMENT_TOKEN_TO_BE_REPLACED

This Alum Is Living His Best Life on the Road, One State at a Time END_OF_DOCUMENT_TOKEN_TO_BE_REPLACED

These Giant Wind Turbines, Inspired by Palm Trees, May Be the Future of Renewable Energy END_OF_DOCUMENT_TOKEN_TO_BE_REPLACED