President Teresa A. Sullivan Elected to American Academy of Arts and Sciences 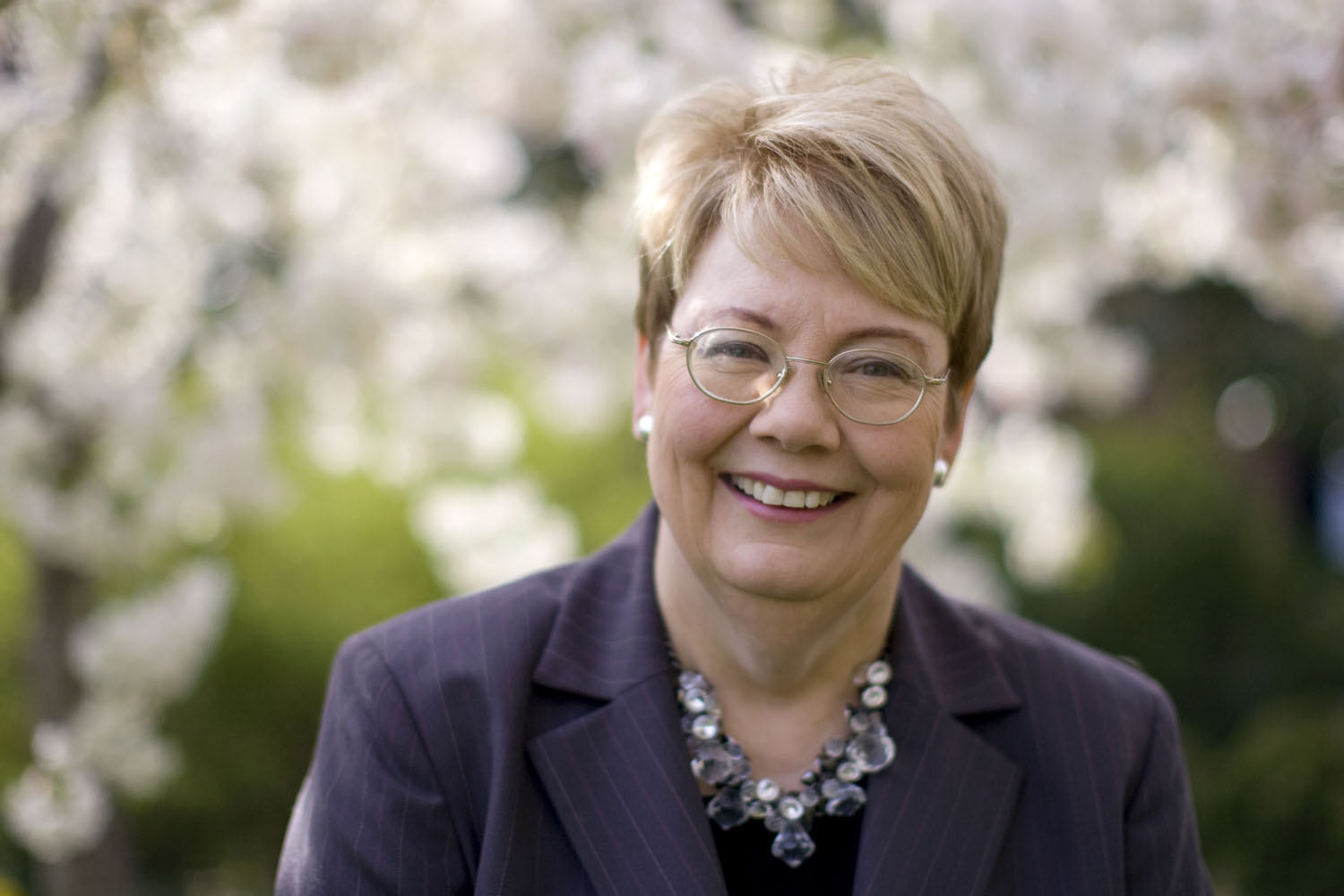 The American Academy of Arts and Sciences today announced that University of Virginia President Teresa A. Sullivan has been elected as a member of its 2015 class.

One of the country’s most prestigious honorary societies, the academy is also a leading center for independent policy research. Members contribute to academy publications and studies of science and technology policy, global security and international affairs, social policy and American institutions, and the humanities, arts and education.

The 197 members of the 2015 class include winners of Nobel and Pulitzer prizes; MacArthur and Guggenheim fellowships; and Grammy, Emmy, Oscar and Tony awards. (The full list of the new members is located here.)

“On behalf of the U.Va. Board of Visitors, I congratulate President Sullivan on her appointment to the academy,” Rector George Keith Martin said. “Her dedicated leadership at the University, in addition to her body of work as a top administrator at the University of Michigan and the University of Texas System, make her most deserving of this honor.”

Since taking office in 2010, Sullivan has brought to life a number of strategic initiatives. In fall 2012, she launched a planning effort to provide a roadmap for the University as it enters its third century. After gathering input from 10,000 alumni, parents, students, faculty, staff and others, this effort produced a new strategic plan for the University – the Cornerstone Plan.

In spring 2013, Sullivan led the University to the completion of its $3 billion capital campaign and quickly announced plans to raise financial support for three strategic priorities: retaining and recruiting top faculty, restoring the University’s Jeffersonian Grounds and securing funding for need-based scholarships.

More recently, Sullivan has been integral in helping make the U.Va. Data Science Institute a reality. A priority for the future of the University, the institute will graduate its first class in May.

During the conception of the Data Science Institute, Sullivan elaborated on the purpose it can serve: “Society’s most pressing challenges and nature’s deepest mysteries frequently involve large, complex systems. The behavior of these systems is best understood by handling large amounts of data – thus the term ‘big data.’ To solve our most pressing challenges, we need to develop new ways to acquire, analyze and make sense out of big data.”

A respected scholar in labor force demography, Sullivan is the author or coauthor of six books and many scholarly articles. Her most recent research has focused on measuring productivity in higher education.

Sullivan is a fellow of the American Association for the Advancement of Science. She chairs the Council of Presidents of the Association of Governing Boards and the Council of Presidents of the Association of Public and Land-grant Universities, and is co-chair of the National Research Council’s Committee on Improving Higher Education’s Responsiveness to Regional STEM Workforce Needs. She is also a member of the Higher Education Advisory Committee that provides guidance for implementation of the Virginia Higher Education Opportunity Act of 2011. In 2013, the Governor appointed her to the Innovation and Entrepreneurship Investment Authority.

“We are honored to elect a new class of extraordinary women and men to join our distinguished membership,” said Don Randel, who chairs the American Academy of Arts and Sciences’ Board of Directors. “Each new member is a leader in his or her field and has made a distinct contribution to the nation and the world. We look forward to engaging them in the intellectual life of this vibrant institution.”

Academy President Jonathan Fanton added, “The honor of election is also a call to service. Through its projects, publications and events, the academy provides its members with opportunities to discover common interests and find common ground. We invite every new member to participate in our important and rewarding work.”

Since its founding in 1780, the academy has elected leading “thinkers and doers” from each generation, including George Washington and Benjamin Franklin in the 18th century, Daniel Webster and Ralph Waldo Emerson in the 19th, and Margaret Mead and Martin Luther King Jr. in the 20th. The current membership includes more than 250 Nobel laureates and more than 60 Pulitzer Prize winners.

Sullivan joins 32 other U.Va. faculty members elected to the academy, including three who were inducted last year: Donald Hunt, University Professor of Chemistry and Pathology; Peter Onuf, Thomas Jefferson Foundation Professor Emeritus of History; and Stephen Plog, David A. Harrison Professor in the Department of Anthropology. Her predecessor as president, John T. Casteen III, is also a member.

The new class will be inducted Oct. 10 in Cambridge, Massachusetts.

Here Is What You Need to Know About the New Coronavirus Variant, Omicron END_OF_DOCUMENT_TOKEN_TO_BE_REPLACED

Fall Is in the Air on Grounds END_OF_DOCUMENT_TOKEN_TO_BE_REPLACED

Meet the Cats and Dogs Your CVC Donation Supports END_OF_DOCUMENT_TOKEN_TO_BE_REPLACED