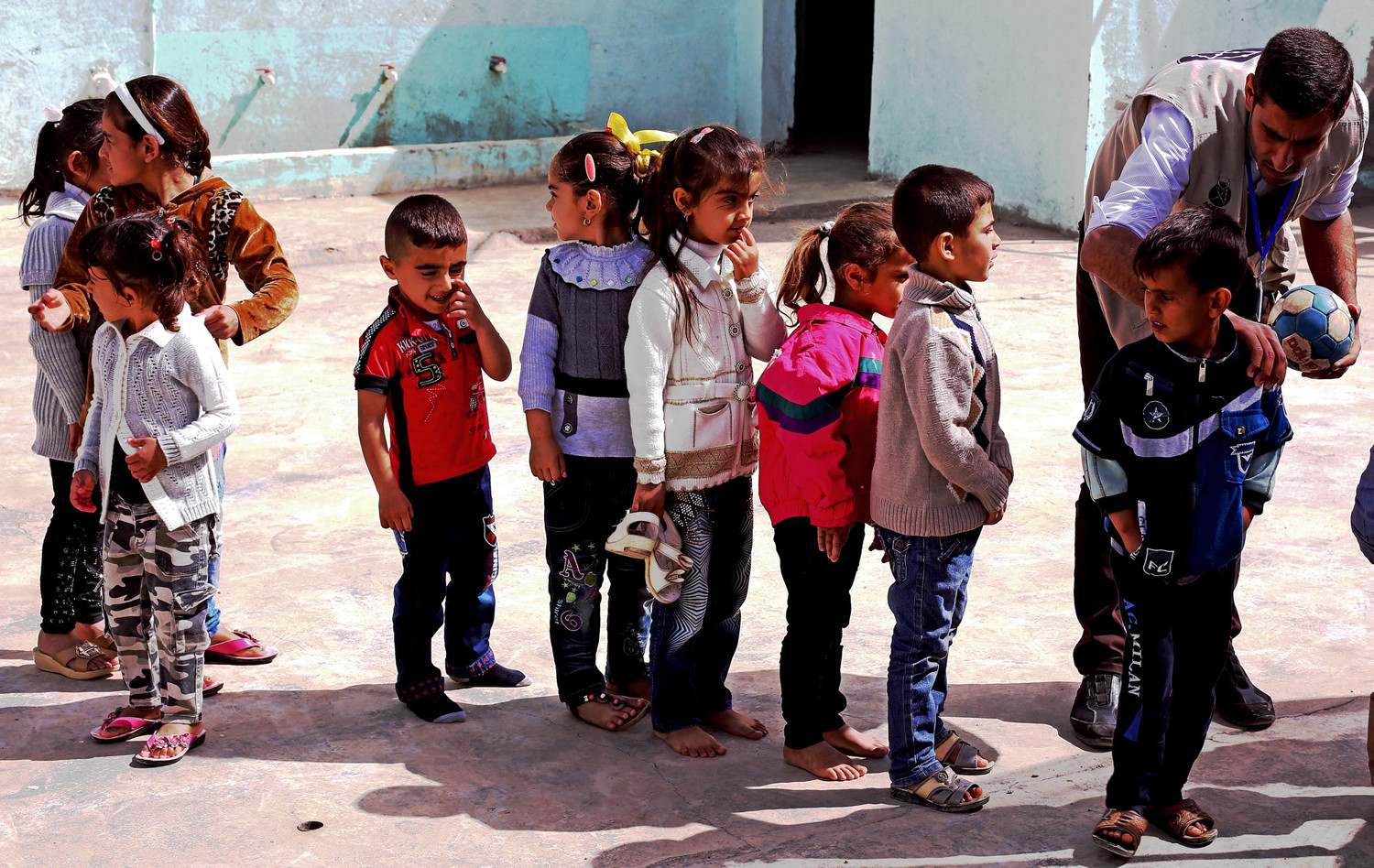 As Iraqi forces battle to reclaim the city of Mosul from the Islamic State, refugee camps in northern Iraq are swelling with civilians fleeing the fight. These internally displaced people are joining crowds of Syrian refugees who have also taken up residence there. This blended community is one of many housing the now 65 million people who have been displaced by violent conflict around the world.

University of Virginia faculty member Christine Mahoney has spent the last seven years researching the displacement crisis and recently returned from a research trip to northern Iraq, where she interviewed residents and aid workers about their experience there.

Mahoney, an associate professor of public policy and politics at the Frank Batten School of Leadership and Public Policy and director of Social Entrepreneurship at UVA, is proposing an entrepreneurship-based solution to ease the refugee crisis and is the author of a new book, “Failure and Hope: Fighting for the Rights of the Forcibly Displaced.”

Based on her research findings, she’s made recommendations to the United Nations about how to best address the crisis. She and her husband, entrepreneur John Kluge Jr., a Social Entrepreneurship at UVA advisory board member, launched the Alight Fund this summer as a way to provide economic aid to refugees and their host communities. It’s a for-profit investment fund that offers micro-loans to refugee and host community entrepreneurs.

On Tuesday, Mahoney joined UVA Today on Facebook Live to discuss her recent experience in Iraq and her progress implementing new solutions to the refugee crisis. The full video of her interview and an excerpted transcript are available below.

Q. Tell us more about the goal of your refugee research and the premise of your book, “Failure and Hope.”

A. Often when people are displaced, they’re displaced for years. The U.N. now estimates that you’ll be displaced for 17 years, and the problem with the humanitarian response is that it’s been temporary.

I did fieldwork in seven conflict zones looking at how can we better advocate for [displaced peoples’] rights – their right to work, most importantly, and their right to move.

These people are trapped in limbo for decades and no one really has any kind of leverage to encourage a right to work. So the book concludes with an argument that we could raise impact-investing funds to bring that leverage.

We are launching [the Alight Fund] to actually test this out and say, “We are going to bring in money, but it’s contingent on you allowing the displaced to work.”

[The Alight Fund] is trying to change the calculus of not seeing refugees just as a threat or just an economic burden, but actually as a way to bring new economic development to your region and your nation.

Q. What was the purpose of your recent fieldwork in northern Iraq?

[I had] to show that economic development is possible in this way – through microfinance loans to refugees and host communities. The idea is to no longer let us just have aid for the displaced, but also let us think about the host communities that are welcoming these people. Let’s support both of those communities to reduce the tensions.

Then, on top of that, we want to use the impact investing funds to just push for right to work. We needed to do it somewhere first to prove the model – somewhere where refugees were legally allowed to work – and it turns out that the only place in the world for that is Iraq. By their constitution, refugees are legally allowed to work. There’s a couple of other countries that are doing some work permitting right now, like Jordan and Turkey, but it isn’t an open right to all refugees who are residing there.

Q. How is the battle for Mosul influencing the refugee and [internally displaced persons] crisis there?

A. It’s definitely leading to displacement, but the numbers were actually expected to be much higher. Some U.N. agencies and organizations were expecting about 800,000 people displaced. There was a decision by the allied forces, including the Iraqi security forces and the Peshmerga – who are the forces that protect Kurdistan – to try to move through Mosul and have families stay in place, to essentially go through neighborhoods, make sure there’s no ISIS presence there, keep the families there and move forward.

What we’re hearing from the front lines just last week is that [this strategy] isn’t working that well. It’s very difficult to try to liberate a city while keeping people in situ. But it has not resulted in 800,000 people being displaced yet. It’s more like 80,000 who have been newly displaced just since the push on Mosul’s begun.

Q. Are refugees and aid workers planning for long-term habitation in northern Iraq?

A. This is what was remarkable: we met with the prime minister, the deputy prime minister and a number of very high-ranking ministers in the government of Iraqi Kurdistan and there is a very clear understanding that these [refugees] are going to be there for awhile and that Syria is internally destroyed and people are not going to be able to go back in the next weeks or months.

The Iraqis are actually open to a long-term economic approach to humanitarian relief.

Q. Based on your research, what recommendations have you made to the U.N. about the crisis?

A. The big recommendation is that we need to stop thinking about this as temporary. We’re spending billions of dollars just giving out temporary housing that doesn’t last usually more than a year in these tough conditions and we’re handing out food.

Now in the first wave of crisis, we do need to just keep people alive. But once people have been displaced for years going on decades, we really need to think of more dignified ways of supporting those people and those communities. That’s a shift toward more economic development, things like supporting small businesses and microfinance.

What Is Biotechnology? Where Is It Headed at UVA? END_OF_DOCUMENT_TOKEN_TO_BE_REPLACED