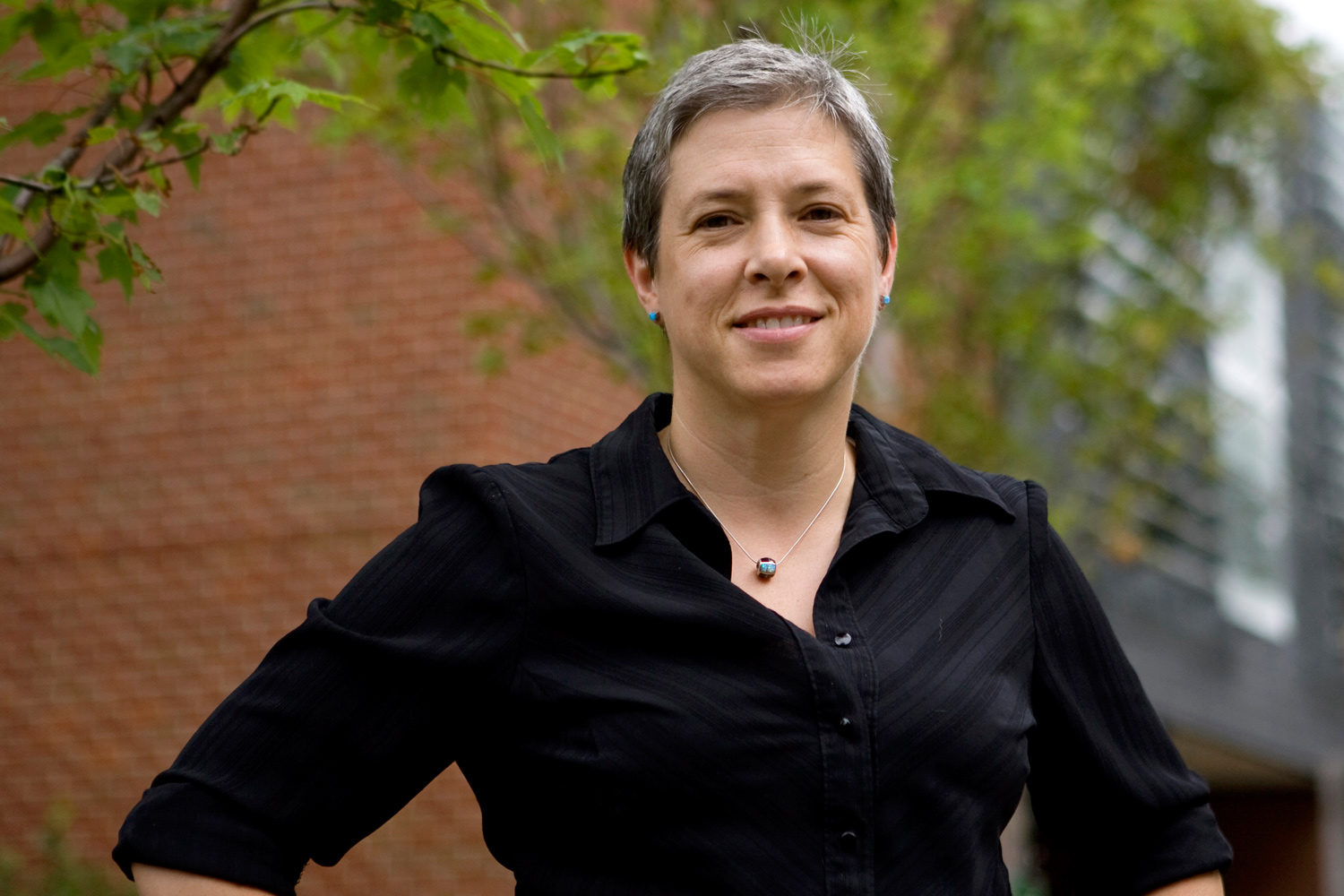 January 6, 2009 — For Kristina Hill, working on the South Bronx project has been a way of coming full circle.

Hill, a University of Virginia associate professor and the director of the landscape architecture program, and a group of U.Va. students are working with a citizen organization in New York called Sustainable South Bronx to help residents of the area promote sustainable improvements in the neighborhood. Through this effort, Hill hopes to help the local kids who, she said, "grew up like me."

Born in 1964, Hill was raised in Worcester, Mass., a decaying urban community. She attended what she described as a violent high school, where many students were expected to drop out or fail. "We were all just trying to stay out of serious trouble," she recalled.

Hill's parents were teachers who encouraged her academically. "My family's all about education," she said. "We really believed that was your ticket." An honors student, she graduated from high school in three years and was accepted to Tufts University.

Although Hill received a bachelor's degree in geology, she had initially majored in civil engineering. In her last semester as an undergraduate, she took a class taught by a landscape architect that changed her direction. She decided that a career in landscape architecture would best merge her interests in science and art. After the Chernobyl nuclear disaster in 1986, which occurred while she was living in Germany, she became more interested in environmental studies.

Hill's next stop was Harvard University, where she earned a master's degree and Ph.D. in landscape architecture. She has taught at the Iowa State University, Massachusetts Institute of Technology and the University of Washington. She was a Fulbright Scholar at Stockholm University in 1990 and served as a fellow at the Institute for Urban Design in 2003.

While teaching at the University of Washington, Hill worked on improving urban water systems and helped lead a project to build a monorail system. Seattle residents voted for the monorail, but elected officials and many businesses wanted a light rail instead. When the mayor withdrew an agreement to let the monorail use city streets, the project came to an end in November 2005.

That turn of events spurred Hill to chart a new course. Even though she had lived in Seattle for a decade and knew the city's biology and politics well, she decided that it was time to leave. "I just didn't want to continue in that world," she said.

In 2007, Hill joined the U.Va. faculty as an associate professor and the director of the graduate-level landscape architecture program. Here, her work focuses on urban communities and coastal ecosystems. She believes that "design should function the way that we need it to as a society." She is an expert in urban ecological design, including the effects of urbanization on water systems and strategies for adapting American cities to climate change.

As Hill sees it, the South Bronx project provides her students with valuable opportunities for community involvement and real-life learning.

"I want them to work with Sustainable South Bronx to see how they approach things, meet that community and see what activism means in the South Bronx," she said.

What it means is that people who live there are working hard to get what they want. They want to remove the Sheridan Expressway, which divides the neighborhood, gain access to the Bronx River and build parks as well as affordable housing. The U.Va. group's role is to explore the physical plan for the South Bronx and provide professional-quality images to show people what the area could be like.

"Everyone can see the expressway, but most people can't imagine what it would look like if the expressway went away," Hill said. "So we built some 3-D computer models for them, and we did photo-realistic images of what designs could look like."

One of the biggest challenges in the South Bronx is the number of at-risk youths, and Hill wants the students in her spring studio, which will likely focus on water issues, to meet with the kids. "Our students need to learn to see places like that through the eyes of people who live there. I want them to understand more about what it's like to grow up in these places."

As a landscape architect, Hill cares about the people who live in a place, not just the place. "I'm not a designer who comes in and says, 'You will accept these forms.' I want to know what's in people's minds."

Hill communicates that message to her students. Alissa Diamond, a former student, said, "She taught me that dealing rigorously with environmental and ecological issues is within our reach, and that design is a tool not only for making beautiful places, but also for engaging people and communities with their immediate surroundings." Diamond received her master's degree in landscape architecture last May and now works as a staff designer with Nelson Byrd Woltz Landscape Architects in Charlottesville.

Hill stays busy with other projects, too, writing extensively and lecturing at universities around the world. She co-edited the book "Ecology and Design: Frameworks for Learning" and has written "Water, Ecology and the Design of Cities: Landscape Urbanism in the Pacific Northwest," which is scheduled for publication this year. Recently, she was invited to give the inaugural lecture in a series on urban planning design and ecology at Harvard.

Julie Bargmann, an associate professor of landscape architecture, admires the energy that Hill brings to her endeavors. "Her intellect could be intimidating, but it's not — it's engaging," she said.

On one hand, Bargmann said, Hill inspires humility and a deeper sense of responsibility in those who work with her. But on the other hand, she noted, Hill "has an incredible sense of humor and irony. She loves to have fun."

Hill's office reflects this blend of the serious and not-so-serious. Her shelves and piles of books and papers share space with a large sailfish, little felt sea creatures and a metal sign that reads, "Tattoo and piercing."

At home, Hill does a balancing act, too. She and her partner, Miranda Maupin, who's also a landscape architect, are the parents of a 1½-year-old daughter, Rhetta, whom Hill described as "a ball of fire." They live in a 1900-era house at the Woolen Mills near the Rivanna River.

When asked what she's planted in her yard, Hill laughed. "For two landscape architects, it takes time," she said. "We're in the process of getting rid of some of the grass and putting in new plants. We had a terrible time with our tomatoes this year."

Next on the horizon for Hill: more work on coastal water issues. "We have a huge coastline that's vulnerable to sea-level rise. We can't afford to protect all of that coastline," she said.

When Hill returned to the East Coast, she thought, "OK, my combination of knowledge of geology and ecology and urban infrastructure — here's where I can help. So that's the area I've been getting more and more involved in. And fortunately, it's got a lot of political controversy associated with it, so I'll be very happy and busy."

Class of 2020: Memories and Moments From a Long-Anticipated Celebration END_OF_DOCUMENT_TOKEN_TO_BE_REPLACED