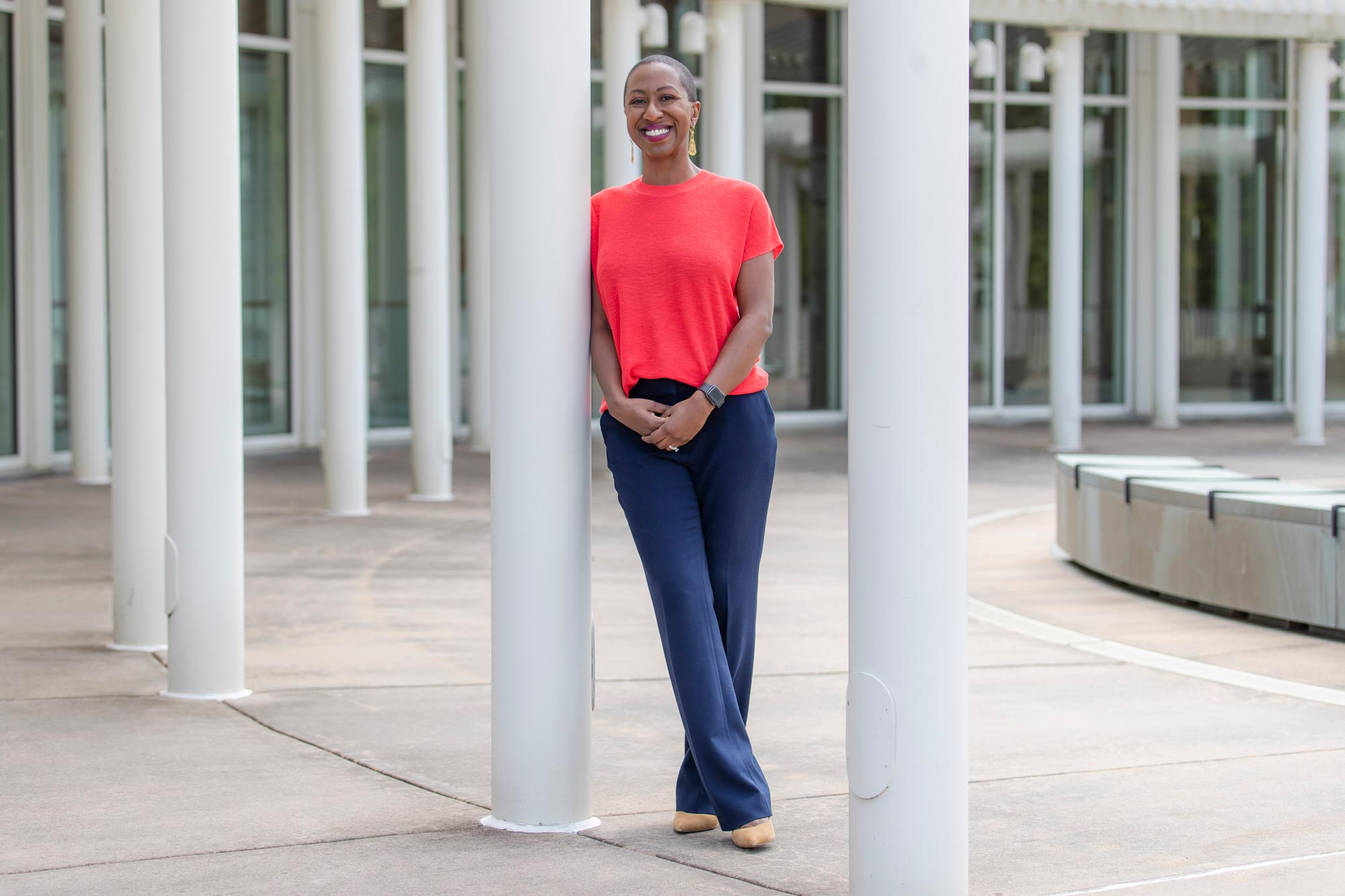 The latest University of Virginia professor to be named an Andrew Carnegie Fellow is a model of persistence.

Justene Hill Edwards – who specializes in African American history, American slavery, American capitalism and American legal history at UVA – is among 28 scholars and writers nationwide selected from nearly 300 nominees to be part of the 2022 Carnegie class. These prestigious fellowships provide the winners with a $200,000 stipend to pursue research and writing to address important and enduring issues confronting society.

Hill Edwards will use her fellowship to finish the manuscript for “The Freedman’s Bank: The Challenges to Black Economic Equality in Reconstruction,” a book that explores how the rise and fall of a once-prominent financial institution for emancipated African Americans fits within the conversation about the racial wealth gap in America.

“I was told it was a promising project, but I needed to think more about its importance,” Hill Edwards said. “So, in many ways, I think this fellowship is perhaps a testament to perseverance.”

Hill Edwards, who has a doctorate in history from Princeton University and is the author of “Unfree Markets: The Slaves’ Economy and the Rise of Capitalism in South Carolina,” said it has become her life’s work to “illuminate the history and struggles” of enslaved people. And when she might feel frustrated by rejection, she reflects on the main characters from her research.

“In many ways, my historical actors are the enslaved, formerly enslaved and the recently emancipated,” she said. “I feel incredibly privileged to tell their stories and I don’t take that for granted. So, in the moments when I’m down, I often go back and read some of their letters and their memories. It gives me that bit of a push when I feel discouraged.” 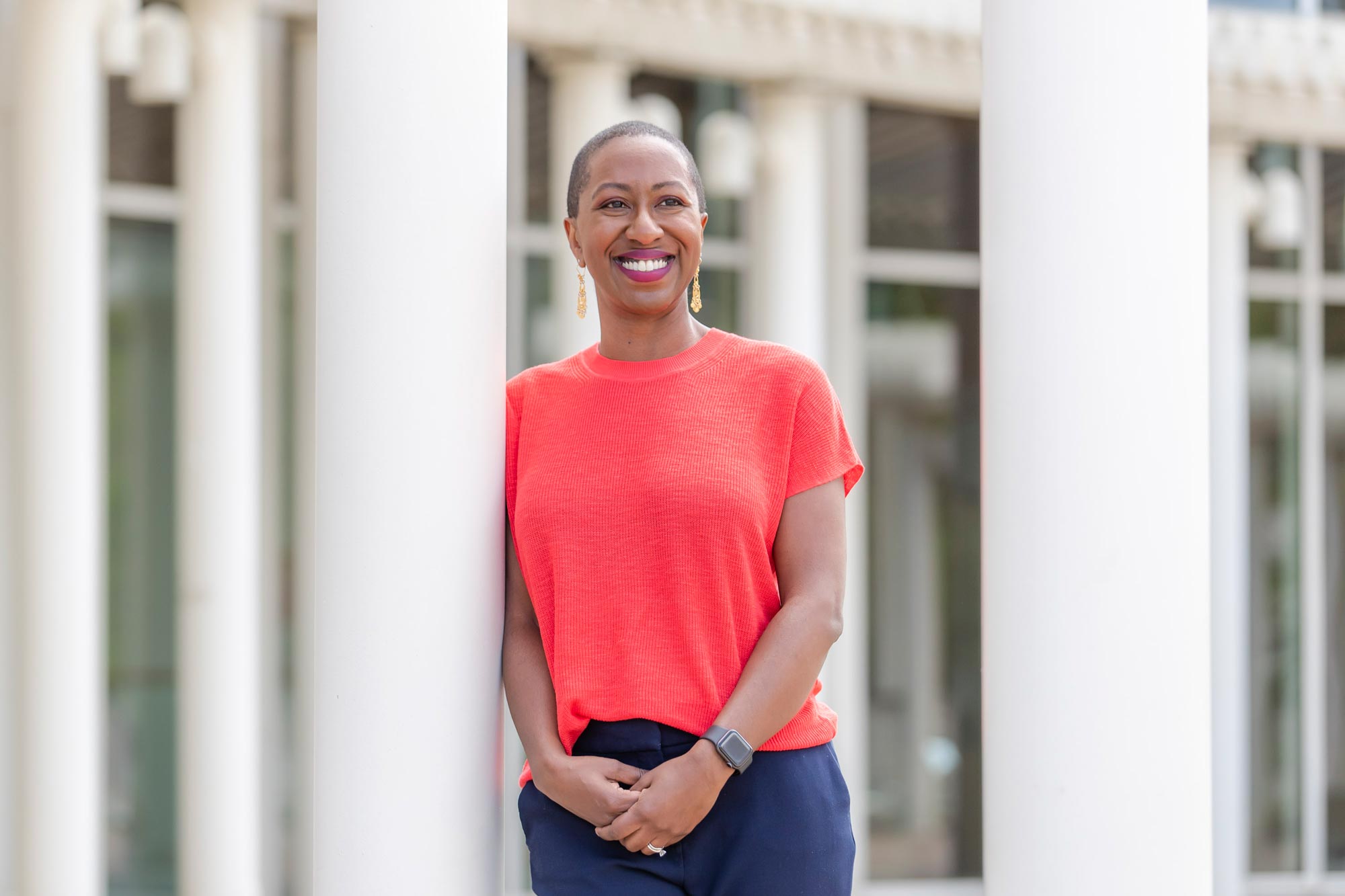 A faculty member for six years at UVA, Hill Edwards is one of four professors at the University to be named an Andrew Carnegie Fellow since the program began in 2015. (Photo by Erin Edgerton, University Communications)

After her initial disappointment, Hill Edwards, a faculty member of six years at UVA, expanded how she thought about her research and what drove her interests. It helped reframe her proposal on how the past remains intertwined with current economic inequality.

“What I did in the proposal was, instead of just talking about the history of the Freedman’s Bank, I connected it more directly toward helping us understand the historical connections between the failure of this bank … and the racial wealth gap,” Hill Edwards said. “I think it was those connections that made this a stronger proposal for the Carnegie.”

The Freedman’s Bank was chartered by the U.S. Congress after the Civil War ended in 1865. In seven years, it grew to nearly 40 branches across 17 states and collected more than $75 million (over $1 billion in today’s dollars) in deposits.

It closed, however, in 1874 after mismanagement from its all-white board of trustees, damaging the financial lives of many of its customers.

The amount of money deposited in the Freedman’s Bank in such a short time is remarkable, Hill Edwards said, “and then it fails spectacularly nine years later.”

“I see this as being a story about both the promise and failure of Reconstruction, the failure of the federal government to protect recently emancipated African Americans,” she said. “It really indicts the financial services industry in how it failed this generation that had such economic promise.”

Hill Edwards, who also recently earned a fellowship from the Mellon Foundation, joins Mila Versteeg, Grace Hale and Talitha LeFlouria as UVA professors to be named Carnegie Fellows since the program began in 2015.

Hill Edwards said she hopes her research will “reignite conversations about the legitimacy of reparations.”

“I think reparations has been a very controversial, political issue and I think if we look at this history – especially the history of Reconstruction – then some of the dots should be connected about how this should be a public policy conversation, that there are historical wrongs that need to be made right,” Hill Edwards said.

Claudrena Harold, the UVA history department chair, said Hill Edwards “is a remarkably gifted scholar who is at the cutting edge of several fields,” including capitalism, race and inequality.

“Since her arrival at UVA, she has anchored the history department’s undergraduate and graduate courses on slavery and the history of capitalism. Justene is a wonderful teacher and mentor and a terrific colleague.”

When Less Is More: How Harnessing the Power of Subtraction Can Add to Life END_OF_DOCUMENT_TOKEN_TO_BE_REPLACED