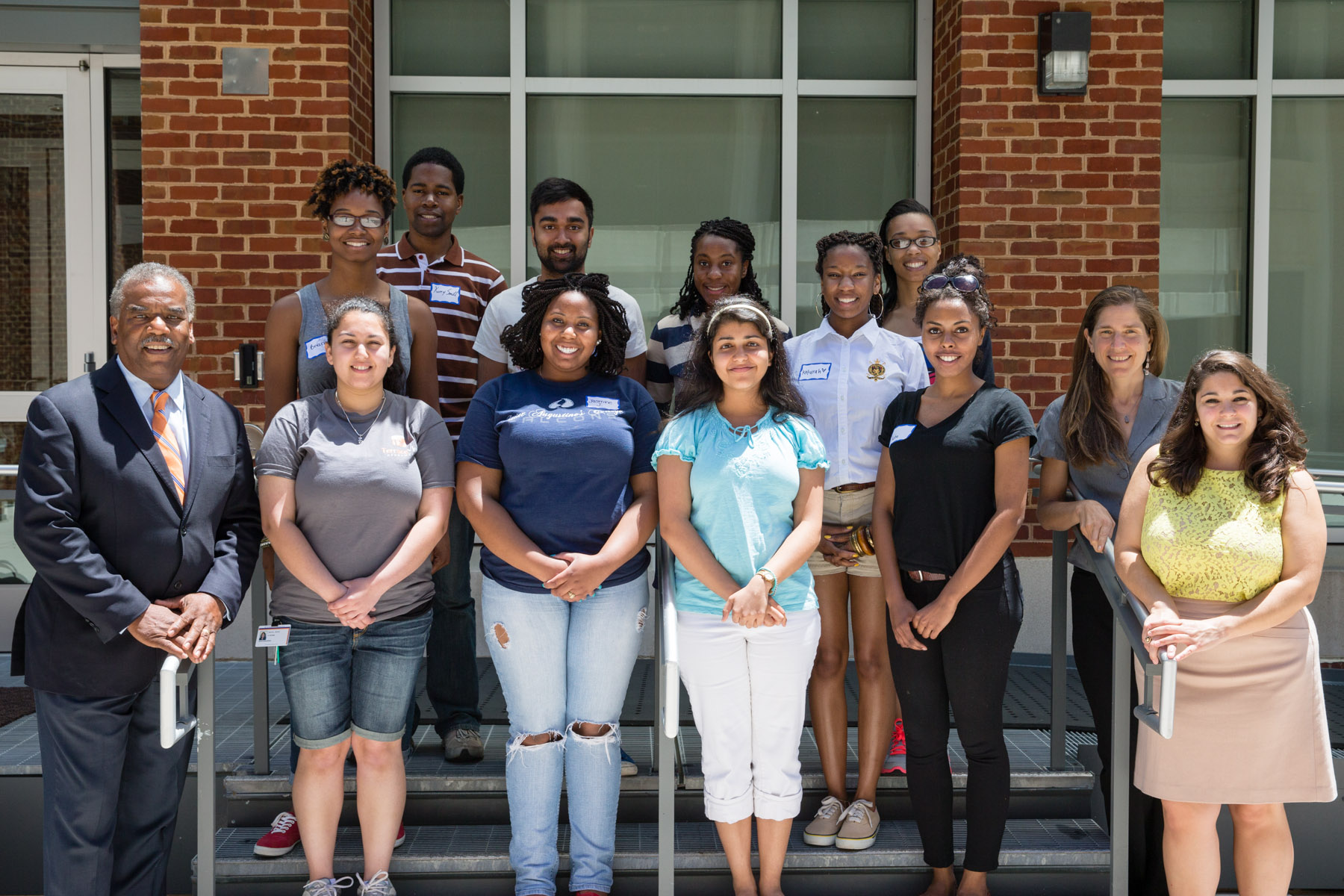 Eleven students arrived on Grounds June 2 for an eight-week program at the University of Virginia that will immerse them in research and mentoring opportunities to propel their future careers in science, technology, engineering and mathematics, or STEM, fields.

The fourth cohort of the Virginia-North Carolina Summer Research Program, selected by U.Va. faculty members in a competitive application process, will work with mentors and graduate students in their laboratories, and engage in research in astrochemistry, biology, chemistry, chemical engineering and engineering education.

Will they be as successful as four of last year’s alliance participants who made a rare astrochemical discovery of a new molecule in space?

Often with a one-to-one ratio between students and faculty members and/or graduate students, the mentoring that occurs in the summer research program has proven invaluable for students’ career trajectories, Martin said. For example, the student team who made the rare discovery last summer had its findings published in the Astrophysical Journal Letters as authors, alongside faculty and graduate-student mentors.

Several of the 11 summer researchers now at U.Va. attended the VA-NC Alliance’s Sixth Annual Symposium hosted by Virginia Commonwealth University in April 2013. Six former summer researchers, some of whom presented posters and oral presentations, also attended the symposium, along with several undergraduates from U.Va.’s College of Arts & Sciences and the School of Engineering and Applied Science.

They met alliance scholars from other colleges and universities, participated in professional development workshops and heard inspiring speakers, Martin said.

The keynote speaker, Stephanie Adams, professor and department head of the engineering education department at Virginia Tech’s College of Engineering, talked to students about the perks of a STEM career. The U.Va. alumna, who earned her master’s in systems engineering, shared with them how extensively she had traveled as a result of her research and academic positions.

VCU associate professor Rosalyn Hobson Hargraves, who received her B.S., M.S. and Ph.D. in electrical engineering from U.Va., hosted the symposium. During its award ceremony, she presented rising U.Va. fourth-year student Elleansar Okwei with the third-place prize for her poster presentation titled, “Unraveling aminotransferase specificity: The activity of TM1131.”

Okwei’s research focuses on investigating proteins with known structure but unknown function. Aminotransferase is one such protein.

“Experiences such as these, in which students prepare presentations, present to audiences and respond to questions about their research, provide VA-NC Alliance scholars with opportunities to become familiar with the profession of being a scientist,” Martin said. “This professionalization is necessary for students as they progress through undergraduate studies, graduate school and enter the workforce, whether in academia, industry or other sectors.

“This is important work and the stakes are high,” Martin said. “Not only is the United States falling behind other nations in the number of students earning STEM degrees, but complex issues ranging from climate change, access to clean water, risk analysis and global security, by their very nature, require multiple perspectives in order to solve them. By supporting underrepresented minority students in their efforts to earn STEM degrees, the VA-NC Alliance is building strength for the nation and eventually making this a better world.”

The VA-NC Alliance Summer Research Program is one of a number of STEM research opportunities at U.Va. designed to give students an experience of graduate-level research and the real-life applications of their coursework, Martin said. To prepare students for the graduate school application process, the VA-NC Alliance Summer Research Program schedules graduate-student panels, a Q&A session with Cheryl Apprey, director of Graduate Student Diversity Programs, and offers writing workshops in which summer researchers hone their personal statements.

The program is yielding results.

Two former summer researchers will be U.Va. engineering graduate students this fall. Racheida Lewis, who graduated from VCU in May, will begin her graduate work in electrical engineering this fall. Lewis participated in the first cohort of the VA-NC Alliance Summer Research Program conducting research in systems engineering. In 2013-14, she will serve as the Region II vice chair of the National Society of Black Engineers. Meanwhile, Alexandra Leandré, from Bennett College for Women, will continue with her master’s program in systems and information engineering here.

“Participating in the VA-NC Alliance Summer Research Program empowered me as a female engineer and taught me to seek more summer opportunities that would challenge and enhance my knowledge in the world of STEM,” Lewis said. “I’ve gained an extended network through the alliance, which has played a significant role in my graduate school application process and ultimately my transition to U.Va.”

The VA-NC Alliance has been funded by the National Science Foundation and led by U.Va. since 2007. Through activities such as summer research, symposia and summer bridge programs, among others, the alliance has been busy increasing enrollment of minorities in the STEM fields.

Martin leads the alliance along with co-principal investigators Linda Columbus, assistant professor of molecular physiology and biological physics in the College of Arts & Sciences’ Department of Chemistry; and Carolyn Vallas, assistant dean for diversity and director of the Center for Diversity in Engineering. Support is also provided by the Office or Diversity and Equity’s Kristin Morgan, director of University & Community Relations and Development, Debra White, director of Business Operations and Grants Management, and Jessica McCauley, program coordinator.

Martin, Columbus and Vallas said they have high expectations for minority students in the STEM fields at U.Va. and the other schools in the alliance, and through the VA-NC Alliance provide support for them to reach their goals.

“So far, we’re very pleased with the results,” Martin said.

A Year We Will Never Forget: 2019-20 in Review END_OF_DOCUMENT_TOKEN_TO_BE_REPLACED

‘What Will You Carry With You?’ Remarks From UVA President Jim Ryan END_OF_DOCUMENT_TOKEN_TO_BE_REPLACED