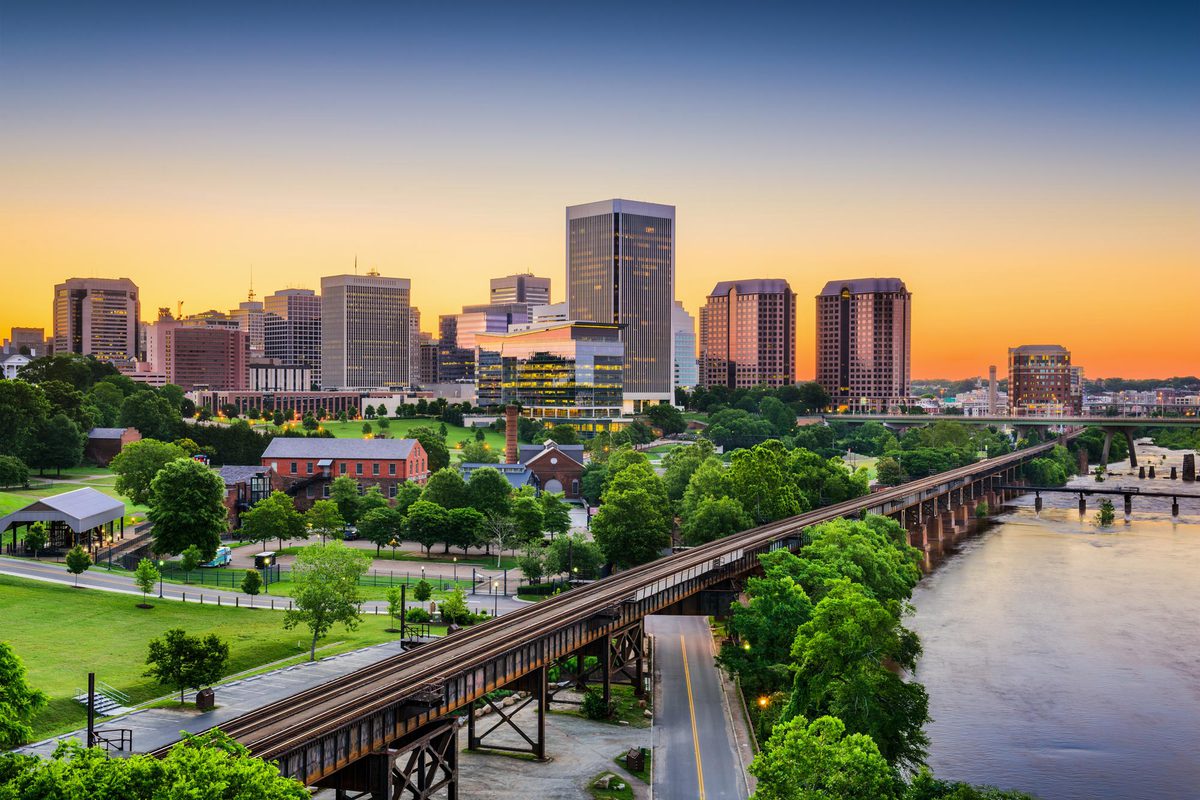 Earlier this month, Richmond City Council allocated $15 million for a participatory budgeting project that will allow residents to suggest, plan and vote on community improvement projects using that money.

For University of Virginia graduate student Matthew Slaats, the vote was a long time coming – more than five years, really. That’s how long Slaats, a Ph.D. student in the School of Architecture’s Constructed Environment program, has been working to bring participatory budgeting to Virginia.

Though new to Richmond, participatory budgeting is used by more than 3,000 cities around the world, including major U.S. cities like New York City, Boston and Chicago. Launched in Brazil in the 1990s as a new way to manage public funds, the multi-stage process allows residents to brainstorm uses for public dollars, work with city staff to develop specific project proposals, and vote on proposals to implement.

In Richmond, the funding – $3 million per year for five years – will come from the city’s Capital Improvement Program budget, which funds improvement projects like sidewalks or community center renovations.

Slaats, whose graduate school work focuses on grassroots community change, has spent his career working with community organizations in the U.S. and abroad. He has worked on community engagement projects in New York, as well as a pilot arts-based participatory budgeting project in Charlottesville, and will serve as a project lead, in partnership with a group of community leaders, during the Richmond project. Right now, it’s all on a volunteer basis, driven by Slaats’ firm belief that strong community relationships are essential to a healthy, functioning democracy.

“I have spent most of my 15-plus-year professional career focused on community engagement and community empowerment, seeing a lack of commitment and the development of infrastructure to have rich, deep relationship with communities,” he said. “We have to reinforce our values of democracy in order to achieve them. My desire to pursue participatory budgeting is not just about volunteering, but it's a commitment to creating spaces and processes that accomplish those objectives.”

We spoke with him last week to find out more.

Q. How did you help bring participatory budgeting to Richmond?

A. There have been conversations around this for about four years that picked up over the summer when [First District City Councilman] Andreas Addison expressed interest. In collaboration with community leaders Ebony Walden, Ryan Rinn, Albert Walker and Daniel Wagner, we developed a proposal and built support from within City Council, spending August and September educating City Council and getting their feedback. This produced a resolution in early September that was unanimously approved.

Now we are in the process of working with many community organizations, the mayor’s office and city staff to design the project.

Q. How will it work?

A. The project will be a citywide initiative, which means that all Richmond residents can participate. It will likely be organized by council member districts, with citizens in those districts coming together to brainstorm ideas, collaboratively develop project proposals, present those proposals to their peers and, ultimately, vote. Right now, we are in the planning phase, and we hope to officially launch the project phase in fall 2020.

Additionally, in that time, we are talking to community leaders, UVA systems engineering students and Virginia Commonwealth University urban planning students to develop an equity index. This will help us understand and set goals for how this process can respond to long-term disparities in the Richmond area. Next spring, we plan to work with these partners to build a system that will define what equity means for Richmond, parse a significant amount of data – health data, educational data, crime data – and define specific metrics to make sure the project achieves these outcomes.

Q. In your experience, why does participatory budgeting work?

A. Participatory budgeting is a new paradigm for how community engagement happens in a city. When we hear from community members that they distrust city government, it is often because they don’t feel like they are involved in setting a vision for the future. Participatory budgeting gives residents direct access to their tax dollars, and allows them to guide and envision where that money will go, as opposed to participating in a survey that then disappears behind closed doors. This process forefronts transparency and accountability.

Of course, one goal is for residents to see that they can have an idea for improving their neighborhood, get it approved and see it happen. But participatory budgeting also opens the city budgeting process, allowing residents to better understand how it works. This is especially important for young residents, who get a seat at the table in participatory budgeting and build their ability to see themselves as visionaries in their own neighborhoods.

Q. What are some of the best things you have seen come out of the process?

A. I led a pilot project in Charlottesville a few years ago that resulted in a community garden at South First Street public housing, and one of the residents, Janet Mitchell, led and advocated for that project. What was so special about this, more than any one project, was it showed the ability of residents to take action in their communities and set a vision for the future.

Right now, we are working with city leaders to see this project grow in Charlottesville, and I am hopeful we can continue these efforts in the near future.

Q. How does this fit into your Ph.D. work at UVA?

A. My Ph.D. work in general focuses on how grassroots community groups create change in their cities. While interested in how this happens globally, my focus is centered on Durham, North Carolina, and Jackson, Mississippi, where movements are building consciousness and developing initiatives, like participatory budgeting, to realize more resilient and democratic communities.

Q. You are working with Richmond as a volunteer. What drives you to dedicate your time and energy to this?

A. Having lived in Charlottesville with my family for about seven years, and starting at UVA in the fall of 2017 – right after the “Unite the Right” violence – I have experienced what it meant for a community to be in a state of crisis and then begin the long-term work to respond to that trauma.

As someone who is building roots in Charlottesville, I am very committed to supporting Charlottesville in finding ways to respond to both the short-term and long-term causes that led to those events. While not the only answer, participatory budgeting is something I really believe can help us build a different future – for Charlottesville, for Richmond and for Virginia.

For me, these efforts are all about listening to the vision that people have for their cities. During the pilot project in Charlottesville, we went door-to-door as a way of meeting people where they are. When you sit down with someone and ask them how they would improve their neighborhood, they start to open up and all of these amazing ideas come out. Through these and other projects, I have learned to value the knowledge and experience that resides in every neighborhood, and to see participatory budgeting as way to share and hear that knowledge in new ways.

A Year We Will Never Forget: 2019-20 in Review END_OF_DOCUMENT_TOKEN_TO_BE_REPLACED

‘What Will You Carry With You?’ Remarks From UVA President Jim Ryan END_OF_DOCUMENT_TOKEN_TO_BE_REPLACED