Q&A: Are We on the Brink of a New Age of Scientific Discovery? 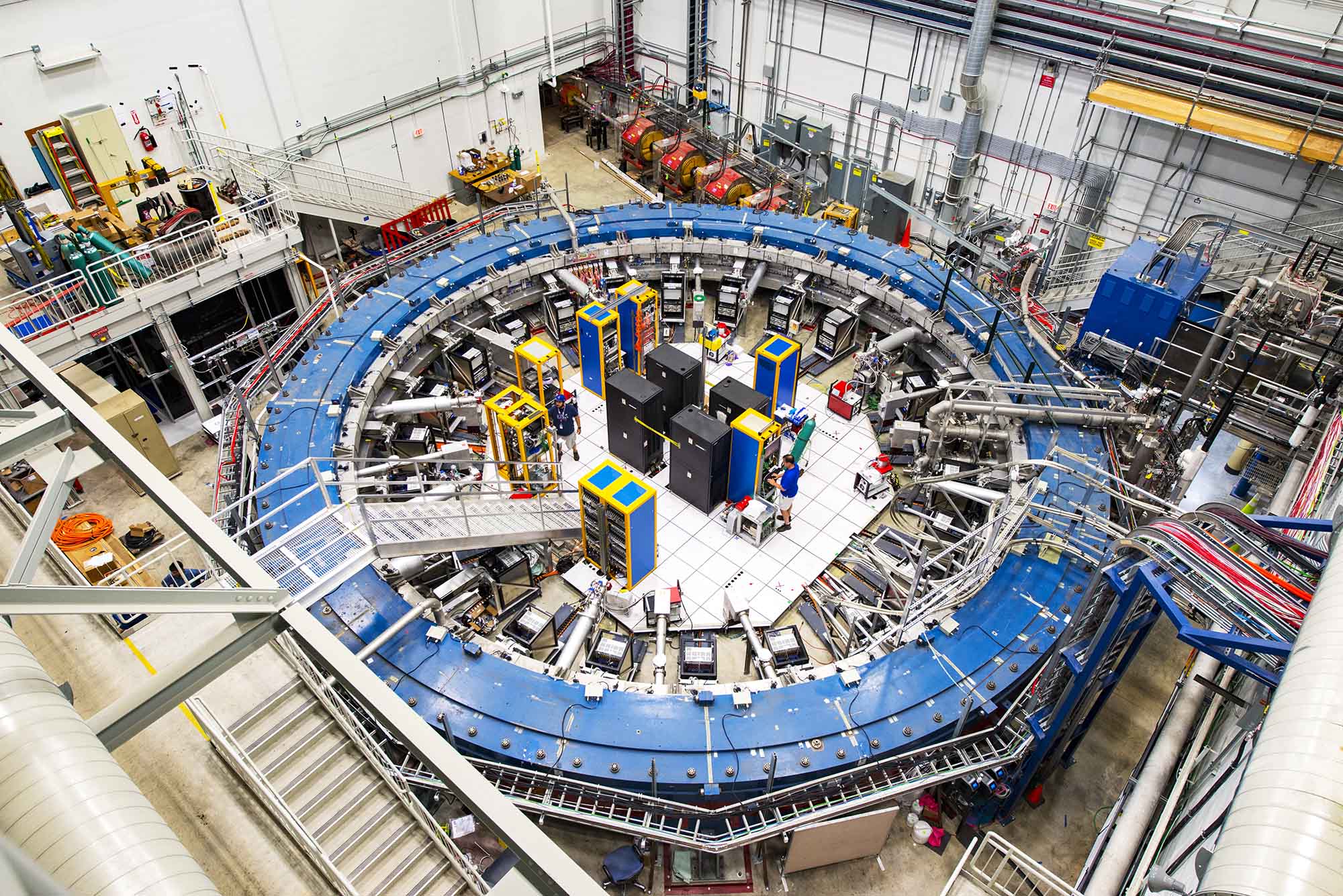 In 2001 at the Brookhaven National Laboratory in Upton, New York, a facility used for research in nuclear and high-energy physics, scientists experimenting with a subatomic particle called a muon encountered something unexpected.

To explain the fundamental physical forces at work in the universe and to predict the results of high-energy particle experiments like those conducted at Brookhaven, Fermilab in Illinois, and at CERN’s Large Hadron Collider in Geneva, Switzerland, physicists rely on the decades-old theory called the Standard Model, which should explain the precise behavior of muons when they are fired through an intense magnetic field created in a superconducting magnetic storage ring. When the muon in the Brookhaven experiment reacted in a way that differed from their predictions, researchers realized they were on the brink of a discovery that could change science’s understanding of how the universe works.

Earlier this month, after a decades-long effort that involved building more powerful sensors and improving researchers’ capacity to process 120 terabytes of data (the equivalent of 16 million digital photographs every week), a team of scientists at Fermilab announced the first results of an experiment called Muon g-2 that suggests the Brookhaven find was no fluke and that science is on the brink of an unprecedented discovery.

UVA physics professor Dinko Počanić has been involved in the Muon g-2 experiment for the better part of two decades, and UVA Today spoke with him to learn more about what it means.

Q. What are the findings of the Brookhaven and Fermilab Muon g-2 experiments, and why are they important?

A. So, in the Brookhaven experiment, they did several measurements with positive and negative muons – an unstable, more massive cousin of the electron – under different circumstances, and when they averaged their measurements, they quantified a magnetic anomaly that is characteristic of the muon more precisely than ever before. According to relativistic quantum mechanics, the strength of the muon’s magnetic moment (a property it shares with a compass needle or a bar magnet) should be two in appropriate dimensionless units, the same as for an electron. The Standard Model states, however, that it’s not two, it’s a little bit bigger, and that difference is the magnetic anomaly. The anomaly reflects the coupling of the muon to pretty much all other particles that exist in nature. How is this possible? 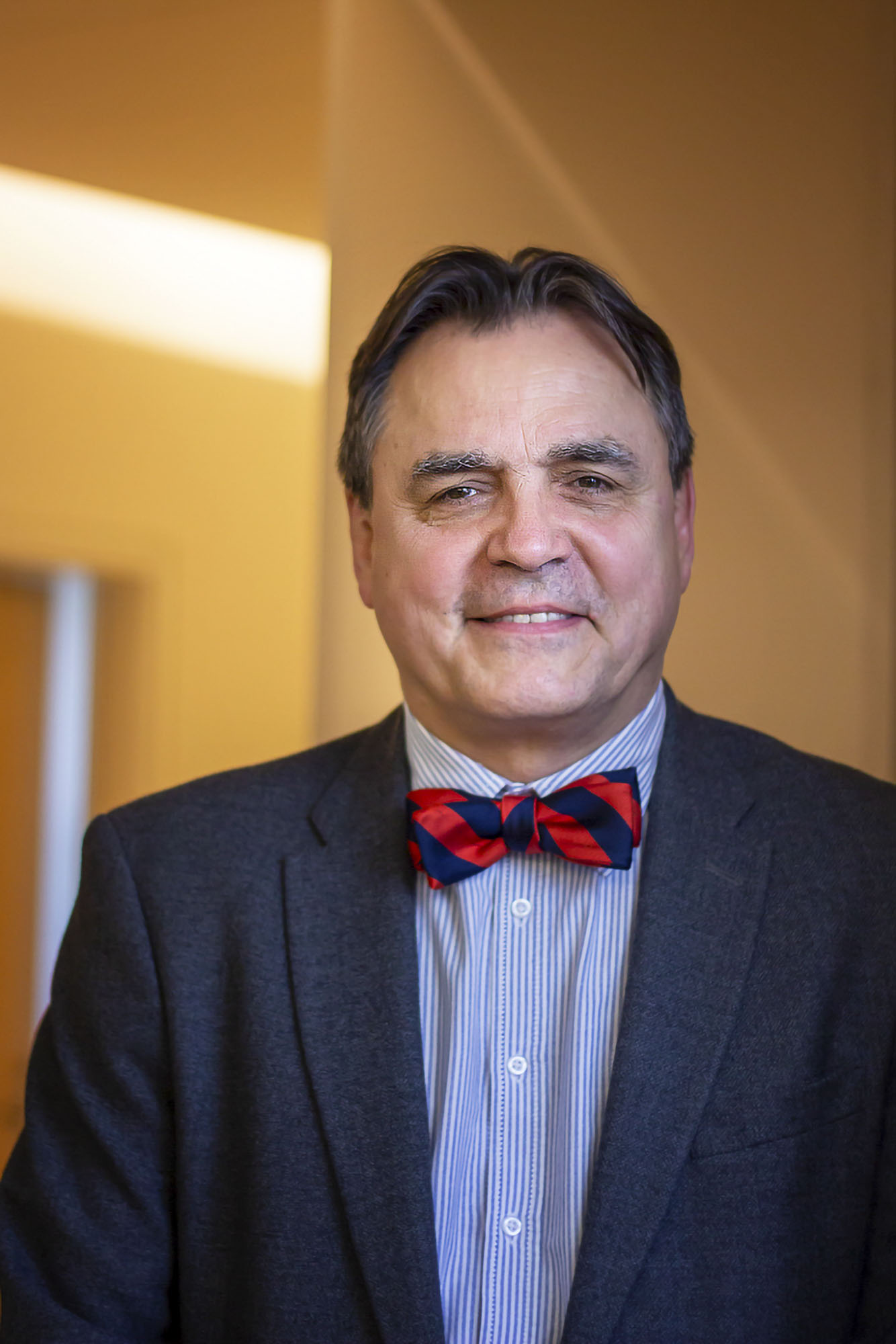 The answer is that space itself is not empty; what we think of as a vacuum contains the possibility of the creation of elementary particles, given enough energy. In fact, these potential particles are impatient and are virtually excited, sparking in space for unimaginably short moments in time. And as fleeting as it is, this sparking is “sensed” by a muon, and it subtly affects the muon’s properties. Thus, the muon magnetic anomaly provides a sensitive probe of the subatomic contents of the vacuum.

To the enormous frustration of all the practicing physicists of my generation and younger, the Standard Model has been maddeningly impervious to challenges. We know there are things that must exist outside of it because it cannot describe everything that we know about the universe and its evolution. For example, it does not explain the prevalence of matter over antimatter in the universe, and it doesn’t say anything about dark matter or many other things, so we know it’s incomplete. And we’ve tried very hard to understand what these things might be, but we haven’t found anything concrete yet.

So, with this experiment, we’re challenging the Standard Model with increasing levels of precision. If the Standard Model is correct, we should observe an effect that is completely consistent with the model because it includes all the possible particles that are thought to be present in nature, but if we see a different value for this magnetic anomaly, it signifies that there’s actually something else. And that’s what we’re looking for: this something else.

This experiment tells us that we’re on the verge of a discovery.

Q. What part have you been able to play in the experiment?

A. I became a member of this collaboration when we had just started planning for the follow-up to the Brookhaven experiment around 2005, just a couple of years after the Brookhaven experiment finished, and we were looking at the possibility of doing a more precise measurements at Brookhaven. Eventually that idea was abandoned, as it turned out that we could do a much better job at Fermilab, which had better beams, more intense muons and better conditions for experiment.

So, we proposed that around 2010, and it was approved and funded by U.S. and international funding agencies. An important part was funded by a National Science Foundation Major Research Instrumentation grant that was awarded to a consortium of four universities, and UVA was one of them. We were developing a portion of the instrumentation for the detection of positrons that emerge in decays of positive muons. We finished that work, and it was successful, so my group switched focus to the precise measurements of the magnetic field in the storage ring at Fermilab, a critical part of quantifying the muon magnetic anomaly. My UVA faculty colleague Stefan Baessler has also been working on this problem, and several UVA students and postdocs have been active on the project over the years.

Q. Fermilab has announced that these are just the first results of the experiment. What still needs to happen before we’ll know what this discovery means?

A. It depends on how the results of our analysis of the yet-unanalyzed run segments turn out. The analysis of the first run took about three years. The run was completed in 2018, but I think now that we we’ve ironed out some of the issues in the analysis, it might go a bit faster. So, in about two years it would not be unreasonable to have the next result, which would be quite a bit more precise because it combines runs two and three. Then there will be another run, and we will probably finish taking data in another two years or so. The precise end of measurements is still somewhat uncertain, but I would say that about five years from now, maybe sooner, we should have a very clear picture.

Q. What kind of impact could these experiments have on our everyday lives?

A. One way is in pushing specific technologies to the extreme in solving different aspects of measurement to get the level of precision we need. The impact would likely come in fields like physics, industry and medicine. There will be technical spinoffs, or at least improvements in techniques, but which specific ones will come out of this, it’s difficult to predict. Usually, we push companies to make products that we need that they wouldn’t otherwise make, and then a new field opens up for them in terms of applications for those products, and that’s what often happens. The World Wide Web was invented, for example, because researchers like us needed to be able to exchange information in an efficient way across great distances, around the world, really, and that’s how we have, well, web browsers, Zoom, Amazon and all these types of things today.

The other way we benefit is by educating young scientists – some of whom will continue in the scientific and academic careers like myself – but others will go on to different fields of endeavor in society. They will bring with them an expertise in very high-level techniques of measurement and analysis that aren’t normally found in many fields.

And then, finally, another outcome is intellectual betterment. One outcome of this work will be to help us better understand the universe we live in.

Q. Could we see more discoveries like this in the near future?

A. Yes, there is a whole class of experiments besides this one that look at highly precise tests of the Standard Model in a number of ways. I’m always reminded of the old adage that if you lose your keys in the street late at night, you are first going to look for them under the street lamp, and that’s what we’re doing. So everywhere there’s a streetlight, we’re looking. This is one of those places – and there are several others, well, I would say dozens of others, if you also include searches that are going on for subatomic particles like axions, dark matter candidates, exotic processes like double beta decay, and those kinds of things. One of these days, new things will be found.

We know that the Standard Model is incomplete. It’s not wrong, insofar as it goes, but there are things outside of it that does not incorporate, and we will find them.

Meet the New Cavalier on Horseback: She’s Eager To ‘Carry On a Legacy’ END_OF_DOCUMENT_TOKEN_TO_BE_REPLACED

Virginia Football – For All Virginia END_OF_DOCUMENT_TOKEN_TO_BE_REPLACED