Q&A: Catch Up With UVA Great Brian Vahaly as He Helps Put on the U.S. Open 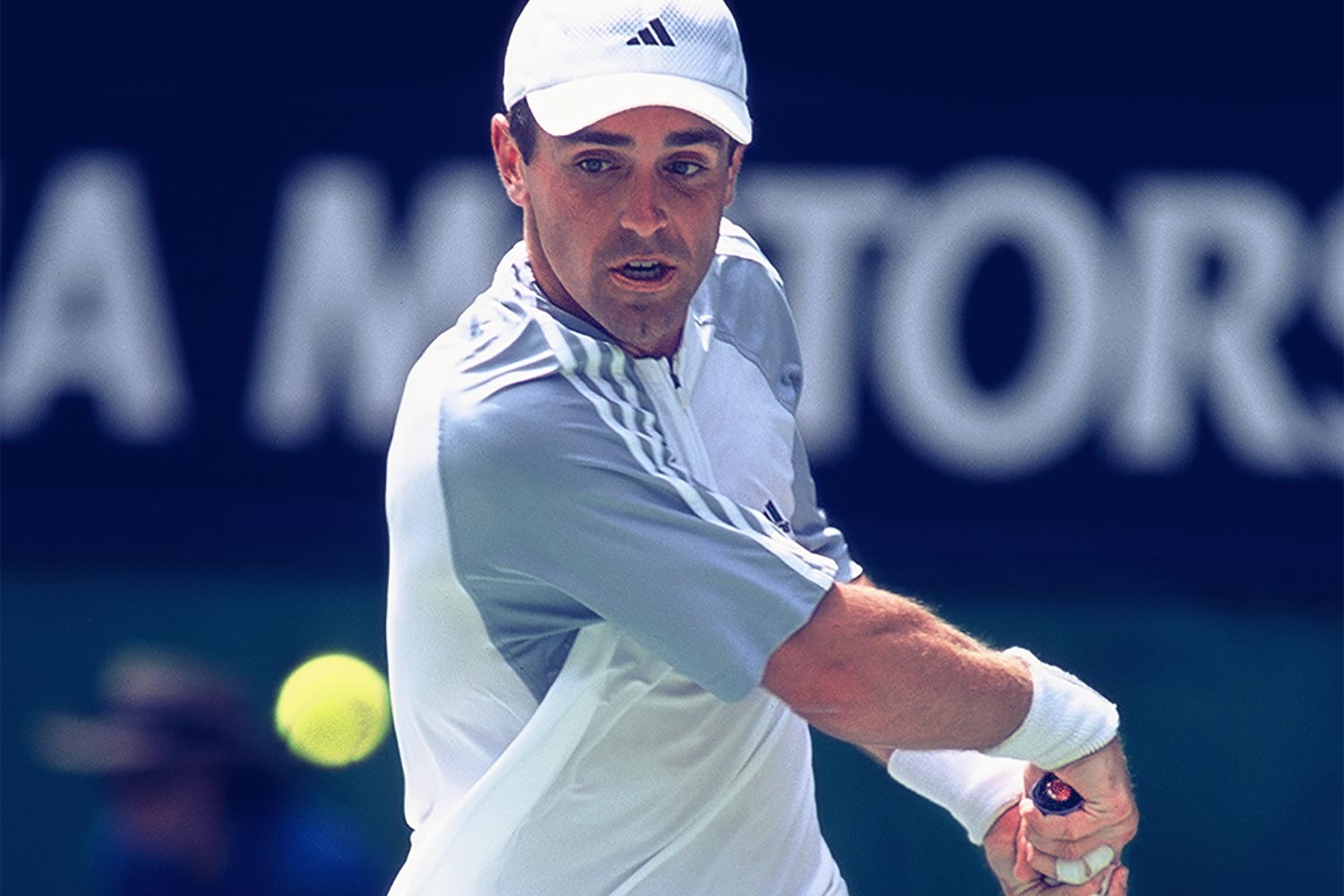 The eyes of the tennis world are on New York City, where Roger Federer – continuing an amazing comeback year – and other tennis greats are gathering for the U.S. Open.

Though former University of Virginia tennis player and McIntire School of Commerce alumnus Brian Vahaly has retired from the professional tennis circuit, the 38-year-old is still serving up plenty of wisdom and advice as a six-year board member of the United States Tennis Association, the governing body of American tennis.

Vahaly and the other 13 members of the USTA Board of Directors help steer tennis at every level, from youth leagues across the country to the U.S. Open, one of four major Grand Slam tournaments on the professional tennis tour.

“We work to ensure that we are going in the right direction strategically and growing the game in every way that we can, from putting on the U.S. Open and developing talented American players to promoting the game of tennis in underprivileged areas,” Vahaly said.

A few other UVA tennis legends will be at this year’s final Grand Slam tournament. 2017 graduates Thai-Son Kwiatkowski, this year’s NCAA men’s singles champion, and J.C. Aragone, who clinched the Cavaliers’ team victory in the NCAA tournament, both earned berths in the tournament.

For Vahaly, serving with the USTA gives him a way to help young players like Kwiatkowski and remain involved with the game he loves. Vahaly played on UVA’s tennis team from 1997 to 2001, winning the United States Amateur Championship and reaching the NCAA finals. He became UVA’s first tennis All-American in 1999 and ended his collegiate career as a three-time All-American, two-time ACC Player of the Year and an Academic All-American.

After turning pro, Vahaly was ranked among the top 100 tennis players in the world, competing against the likes of Andre Agassi, Andy Roddick and Federer before a shoulder injury ended his playing career. He embarked on a second career in finance, and is now settled in Washington, D.C. with his husband, Bill Jones, and twin 13-month-old sons, Bennett and Parker.

UVA Today spoke with Vahaly to hear more about his involvement with the USTA, the U.S. Open and his hopes for the future of American tennis. 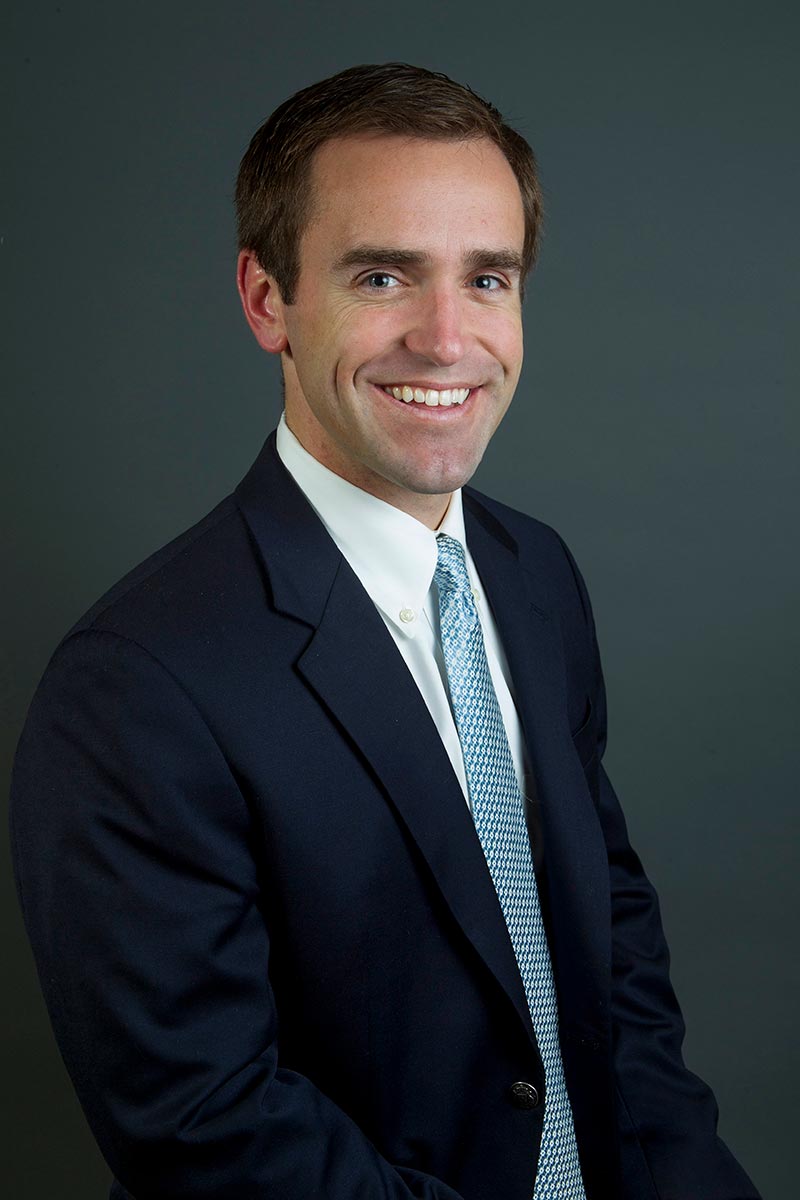 Q. You chose to attend college before turning pro. How did your college career influence your time on tour?

A. At the time, I was ranked No. 17 in the world among junior players, and the majority of top-ranked players were choosing to skip college. But a college education and experience was very important to my family. I was not ready to go on tour at 18, and I think being at UVA helped me to get ready, and prepared me for life after tennis.

Q. How has the game evolved since then?

A. When I chose to go to college, I was sort of a lone ranger in that respect, and when I made it on tour, I was the only player in the top 100 rankings with a college degree. Now, you have players like John Isner, who went to Georgia, or Steve Johnson, who went to USC, and several players from UVA who are going to college and then doing well on the professional tour. It’s nice to see that these players see college as a valuable steppingstone into the game.

Second, we are seeing players like Federer [who is 35] continuing their careers well into their 30s. Unfortunately, I chose to retire at 28 because most people felt the best days were behind you then. It’s great to see players able to extend their careers and their success into their mid-30s.

Q. After retiring, you went into finance and became a venture capitalist. How did your UVA education help you in that career path?

A. I always knew I wanted to get into the finance world, which is what made UVA and the Commerce School so compelling. I was so excited when I got in my second year – it was a dream education for me.

After leaving the pro tour, it was a matter of getting people to trust me, my education and my work ethic, even though I did not have any finance work experience at 28. Fortunately, people took some chances and I now work for a great venture capital firm in Washington, D.C., founded by a fellow Wahoo, Brett Gibson, who graduated from the Commerce School in 2002.

Q. What do you enjoy most about serving with the USTA?

A. I started playing tennis at age 2, and there is a tremendous amount of life experience that comes with playing the game for over 25 years. Joining the board felt like the right opportunity for me to give back to the sport that I love. A lot was given to me as a player, and I feel like it is my responsibility to improve the system as best I can, making it easier for players like Thai-Son Kwiatkowski, who are coming up now.

Q. How has your business background helped you lead within the USTA?

A. I grew so much in those two years with the Commerce School. I was fortunate to build relationships with many of my Commerce School professors, with some even coming down to watch me play in Australia. Professors make themselves very available to the students and the classes that made such an impact on me. Through that experience, I could feel confident being on a board of the USTA’s caliber and size. I am able to quickly understand what is happening and what the strategic needs are with a $500 million organization.

Q. Let’s talk about the upcoming U.S. Open. At Wimbledon last month, Sam Querrey made the semifinals and became the first American in eight years to get that far in a Grand Slam tournament. Does that translate into more anticipation or excitement about American chances at the U.S. Open?

A. I played against Sam back in his early days, and it has been so exciting to see him evolve. More and more American players are making it into the top 100.

We have to keep recruiting great players and keep training them together, to bring out the best in each group. We have a lot of players in the 16-to-21 age group that are doing very well, so it will take time, but there is certainly a lot of excitement around American players right now.

Q. What else are you excited to see at the U.S. Open this year?

A. The return of Roger Federer, after what many thought was a career-ending injury, has been the biggest story in tennis this year. He is such an incredible person off the court, and such an incredible talent on the court. The Open will be a great opportunity to see someone who many thought was in the twilight of his career having one of his best seasons, and of course the potential of a Federer-[Rafael] Nadal final is exciting.

Though we will certainly miss having Serena Williams on the court on the women’s side, there is also a lot of excitement around Venus Williams, who reached the finals in the Australian Open and Wimbledon. That should make for a very interesting draw.