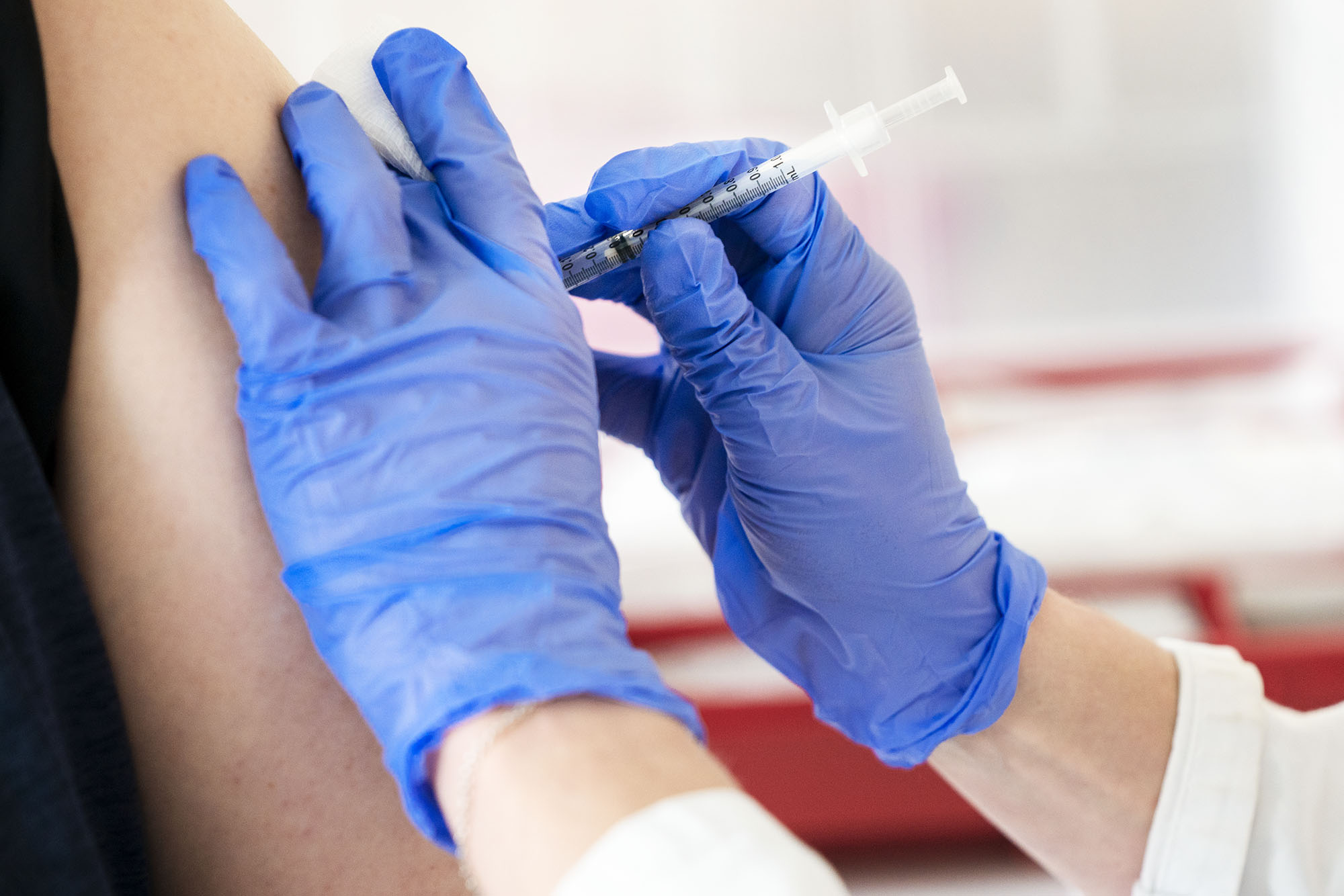 On Friday, the Centers for Disease Control and Prevention and the U.S. Food and Drug Administration lifted a “pause” in the administration of the COVID-19 vaccine manufactured by Johnson & Johnson.

The pause was instituted to give regulatory authorities time to evaluate a small number of unusual blood clot complications reported among people who have received the vaccine. The CDC and FDA said on Friday that use would resume, but warning labels and fact sheets would be shared with patients, explaining the low risk of developing blood clots.

The University of Virginia’s Dr. William Petri explained the latest development in a piece for The Conversation, reposted below. Petri, a chaired professor of infectious diseases and international health and vice chair for research in the Department of Medicine, is studying the effects of COVID-19 on the immune system and possible treatments, including vaccines. In The Conversation, he explains his belief that the benefits of the Johnson & Johnson vaccine far outweigh the risks.

What was the concern with the Johnson & Johnson COVID-19 vaccine?

The FDA and CDC paused the use of the J&J vaccine on April 13 because of six initial cases of a rare and dangerous blood clot involving the cerebral venous sinuses, large blood vessels in the brain. This clotting, also called thrombosis, can also occur in the large blood vessels of the abdomen and legs and is associated with low platelet counts, or thrombocytopenia. This condition is called thrombosis with thrombocytopenia syndrome, or TTS.

An unusual aspect of these clots is that they occur with a low platelet count. Platelets are cells in the blood that typically aid in clotting. TTS is likely caused by the J&J vaccination rarely causing the production of an antibody against part of a platelet called Heparin-Platelet factor 4. These antibodies induce the platelets to cause clots. TTS appears similar to a rare side effect from the blood thinner heparin called heparin-induced thrombocytopenia.

A panel of independent doctors and scientists known as the Advisory Committee on Immunization Practices extensively reviewed data after the pause. Upon further review of the total of 7 million doses of J&J vaccine administered, nine additional instances of this type of blood clot were identified, all in women.

What did the CDC and FDA do on April 23?

The CDC and the FDA announced that it was safe to restart the use of the Johnson & Johnson COVID-19 vaccine because the benefits of protection against COVID-19 far outweigh the risks. They did so after meeting twice with the independent vaccine experts of the Advisory Committee on Immunization Practices, which also recommended restarting.

Why did the CDC and FDA restart the use of the Johnson & Johnson COVID-19 vaccine?

First, the side effect is rare. According to the agencies, it has occurred at most in one in 100,000 young women receiving the Johnson & Johnson vaccine. No men nor women over 50 are thought to have had this side effect. Second, the J&J vaccine is highly effective at preventing COVID-19, which is a common and severe infection that has killed 1 in 500 Americans.

Third, the J&J vaccine has advantages over the mRNA vaccines made by Pfizer and Moderna in that it requires only a single dose. It also is easier to transport and store, since it does not require super-low temperatures as do the Pfizer and Moderna vaccines.

Fourth and most importantly, now that the side effect is known, people can make informed choices about which COVID-19 vaccine to receive. A young woman on oral contraceptives, which also can promote blood clots, might logically choose one of the mRNA vaccines, whereas a man might choose the J&J vaccine since it is a single dose. Young women are the riskiest group.

Is this side effect seen with the other COVID-19 vaccines?

TTS is not a side effect of the mRNA vaccines made by Moderna and Pfizer BioNTech. There have been no cases identified in the 97.9 million doses of the Pfizer BioNTech or in the 85 million doses of the Moderna vaccine. Five recipients of the mRNA vaccines had cerebral venous sinus thrombosis, but not with thrombocytopenia, so it was not TTS. TTS appears to be a side effect of only two COVID vaccines, both of which use a common cold virus called an adenovirus as part of the vaccine: the J&J vaccine in the U.S. and the Oxford-AstraZeneca vaccine used in Europe and other parts of the world, but not in the U.S.

How would I know if I have TTS?

TTS has occurred only in women and in the period of six to 15 days after vaccination. Symptoms can include severe headache, nausea, vomiting and abdominal pain, followed by weakness on one side of the body, difficulty in speaking, seizures and loss of consciousness.

How is TTS treated?

The clots from TTS are treated with what are called directly acting anticoagulants, and not with heparin. This was part of the reason for the pause, so that word could get out to health care providers on how to properly treat this rare form of blood clots.

Should I get the J&J vaccine?

My recommendation if you are a woman under the age of 50 that you be immunized with the Pfizer or Moderna vaccines, and not the J&J vaccine. This is because this rare side effect has been observed only in young women; 13 of the 15 women who developed TTS are in this age group. For everyone else, the J&J vaccine offers the convenience of needing one and not the two doses of the other vaccines.

What’s Next for UVA’s Class of 2022? END_OF_DOCUMENT_TOKEN_TO_BE_REPLACED

How Affordable is UVA? END_OF_DOCUMENT_TOKEN_TO_BE_REPLACED