Q&A: Economist Predicts a ‘Spring Back’ in the Fall for the Virginia Economy 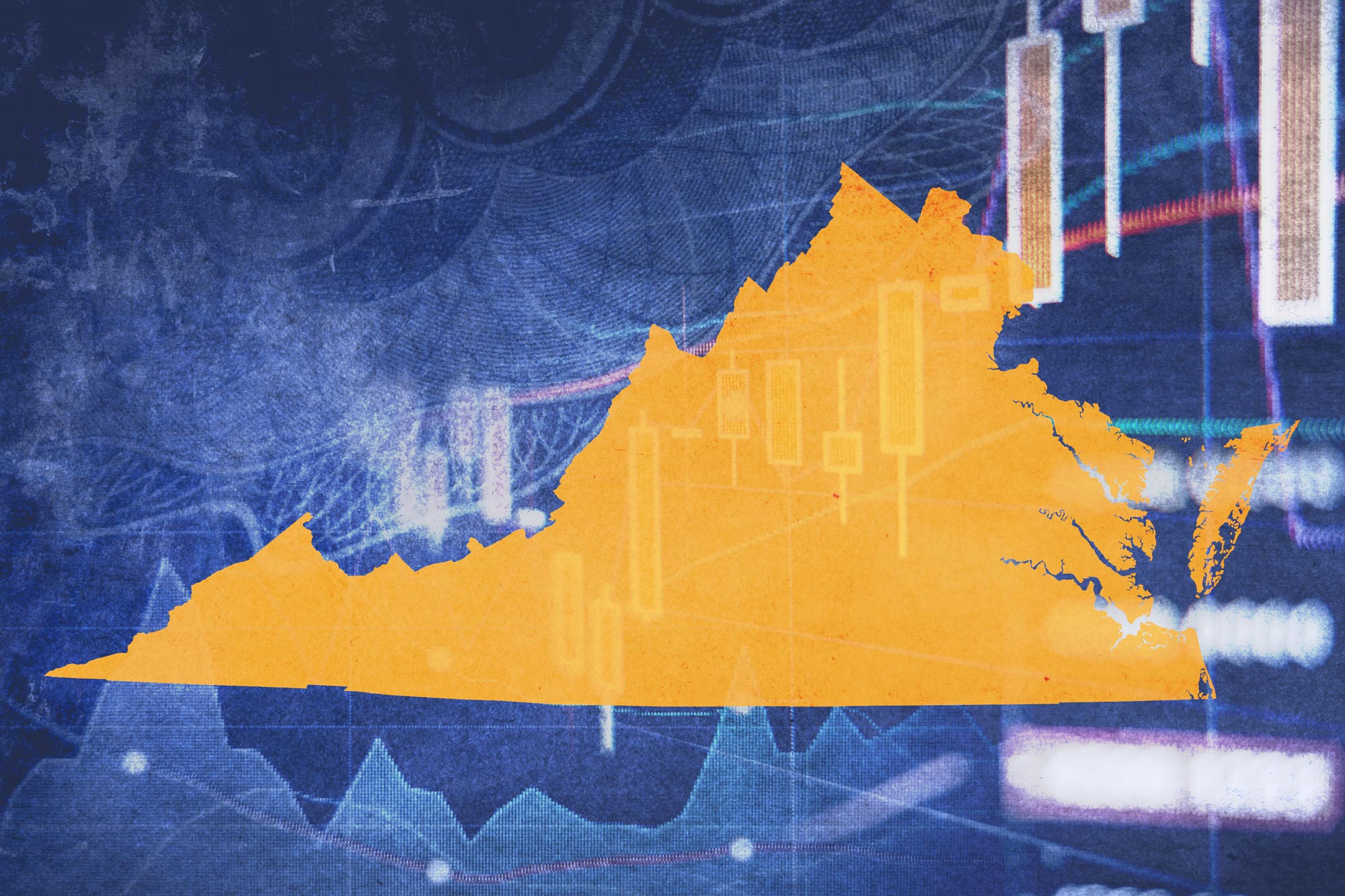 What will the Virginia economy, at both the state and local level, look like in the wake of the COVID-19 global pandemic?

Terry Rephann, a regional economist at University of Virginia’s Weldon Cooper Center for Public Service, has taken a deep dive into the question.

Using a commercial economic forecasting model called “Remi PI+,” Rephann – who works out of the Cooper Center’s Center for Economic and Policy Studies – wrote a report about the fiscal impact Virginians can expect in the aftermath of the coronavirus.

“We thought this would provide useful information for planning,” he said. “It’s a top-down model, so we take the national macroeconomic forecast and we piggyback the state model on that, and it sort of drives the economic outcomes for Virginia down to the sectoral level, the industry level.”

In a recent discussion with Charles Hartgrove, the associate director of the Virginia Institute of Government at the Cooper Center, he explained his findings.

Q. How has pandemic affected the national and Virginian economies, and how does it compare to previous recessions?

A. I think everyone recognizes now that we are in a recession. In early to mid-March, it was not so clear. Now it’s crystal clear with all the economic indicators coming in.

The report I did was actually done about two or three weeks ago. The situation changes rapidly from week to week. Now it seems to be stabilizing somewhat, but we’re looking at a recession probably something similar to the magnitude of the 2007-09 recession, which was about a 5% drop in GDP, annualized. Unfortunately, it’s going to be much deeper in the short term, but there should be a spring back this fall once a lot of the businesses come back online later this summer. 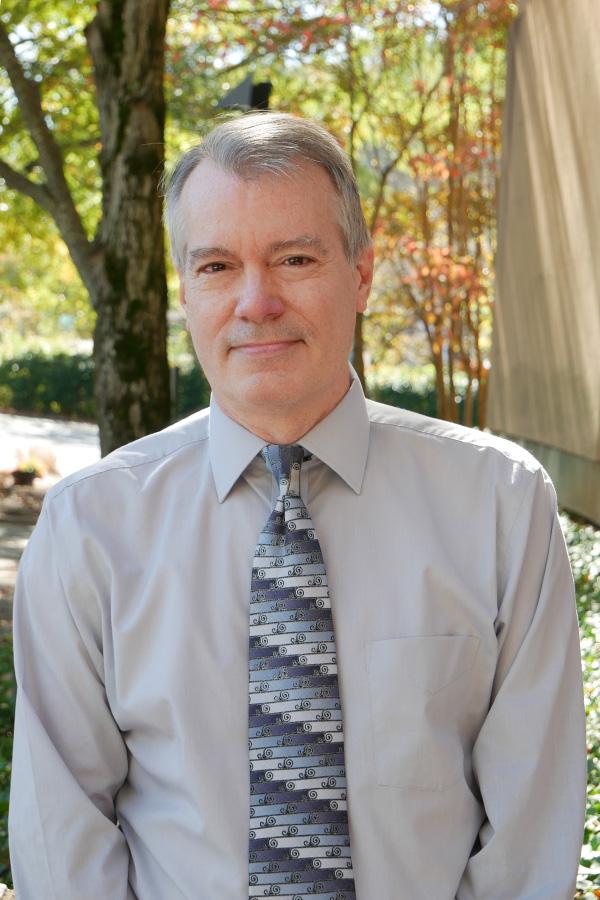 This recession is quite different than others that we’ve experienced because it’s a whole different set of sectors that are collapsing this time around. In 2007-09, it was the housing market and the financial institutions, and then that had knock-on effects to other sectors. And that was an atypical recession, too, because previous recessions were caused mainly by Federal Reserve tightening to deal with inflationary pressures, and you had people deferring their durable good purchases and construction activity decreasing, and so it was more of a durable goods manufacturing-led recession and it brought the other sectors with it.

This time, it’s service sectors – the restaurants, the entertainment industry, tourism. It’s anything that requires face-to-face contact. Those things are really being hit hard in the initial phase and then it has knock-on effects to all those other industries that supply it.

In Virginia, in previous recessions, we’ve been hit less hard than other areas that were manufacturing-reliant or have a large financial services industry. We were affected, typically in Northern Virginia, by the housing downturn, but by and large, the state weathered the recession much better than the average state in the U.S. And that’s also true for 2001 and previous recessions. The main reason is we have a large federal government and professional services contracting sector, and they have been pretty much insulated from the cutbacks, the layoffs, the furloughs – unlike other sectors.

This time, that’s going to be true, too, but Virginia, like other states, also relies on all these service sectors. We have a huge amount of employment in the restaurant industry, tourism and entertainment sectors, so we’re going to be hit pretty much as hard as the other states in this regard. And it’s going to affect areas of the state differently because some areas of the state are heavily reliant on the tourism industry. Virginia Beach, Williamsburg, Colonial Williamsburg, and Busch Gardens are heavily reliant on that. And some of our rural areas [like Bath County] – the Homestead [Resort] basically shut down.  That hotel is that area’s economic lifeblood. So there is going to be a lot of regional variation in the effects in Virginia, too.

Q. Can you tell us a little bit about the state budget impact we’ve seen unfold far?

A. We did revenue impact analyses for both the state and localities and we came up with an estimate, depending on the scenario – we modeled two – of between a 2% percent decline in the national economy in 2020 and an alternative more severe forecast of minus-6%, which reflected the range of forecasts within the last week of March. There’s been a little deterioration in the average since then. But we came up with, under the optimistic, or moderate scenario, with the fiscal year 2021 impact of $1 billion for the state governmental budget, and under the severe scenario of $1.8 billion. For the localities, about $400 to $600 million.

So the state gets impacted a bit more than the localities because it relies on different types of revenues that are very income-sensitive – the income tax, sales tax [and] corporate income taxes. Localities have, to some degree, a little bit of a buffer because so much of their revenue comes from real property tax.

The other way localities are affected is that they have a lot of revenues that are also affected by a particular economic sector activity; for instance, the lodging sector affects hotel/motel tax collection and that’s basically shut down now. Meals taxes – a lot of communities rely on those, and that has been heavily impacted – and admissions for amusement and recreation firms. The localities also depend on sales and use local-option sales tax. That’s primarily what’s being impacted at the local level.

Eventually, there will some feed-through impacts on real property sector. We don’t know what the size of that will be. We don’t expect it to be the same magnitude as the 2007-09 recession; that was really a housing-led recession and property prices just plummeted. I don’t think anyone is seeing that magnitude of decline in housing prices, but the commercial sector is going to be impacted much more.

There are going to be a lot more vacant storefronts. On an almost daily basis, you hear about a major retail and service firms going bankrupt – whether it be J.C. Penney or Neiman-Marcus, or some restaurant group. It’s just coming at us fast and furious. That’s going to result in a lot of vacancies with businesses not being able to keep up with their leases.

Q. What are some of the economic and budget impacts for Virginia localities?

A. As you look around the landscape right now, a lot of the larger localities have already taken action. You hear that Fairfax is anticipating a budget shortfall of $150-160 million or so; Chesterfield $50 million, and they’ve instituted some layoffs. They already have a pretty good handle on their local finances and how this might impact them.

We’ve come up with some estimates for what those budgetary impacts will be, and they may differ from what the localities have come up with, but I think they provide some conservative estimates that they can say, “Well, it’s going to be at least this amount and so we need to prepare at a bare minimum for these budgetary impacts.” Right now, [impacts include] freezing any spending increases, hires, laying off at least temporarily. If they have seasonal parks and recreation, that’s not happening right now. The pools aren’t open; you don’t need lifeguards. Custodians in schools, you don’t need as many. So those things are happening.

Some localities are going to have to look at revenue enhancement – whether that’s taxes or fees. And they’re also going to want to look at the possibilities of utilizing the federal aid that is available now, which is pretty limited because it can only be used for direct COVID-19 expenses, and it’s hard to come up with a huge number there that is going to offset the indirect effects of COVID-19. They are, by far, having the largest budgetary impacts on the localities. So those are some of the things that localities can lobby for, maybe, in the next round. It’s been mostly a discussion of what the states should get and the states can pass through those revenues in various ways. And some of the localities, Fairfax in particular, directly applied to the federal government for the current aid that is available.

The other things I think localities need to look at are ways to enhance efficiency through regional cooperation and better asset management. If they have surplus properties, it might be time to dispose of them, contract with other localities, maybe consolidating services if there are opportunities. There are a lot of things localities can do. This is sort of an impetus and will cause a lot of local governments to look at new ways of doing business to save money.

A Year We Will Never Forget: 2019-20 in Review END_OF_DOCUMENT_TOKEN_TO_BE_REPLACED

‘What Will You Carry With You?’ Remarks From UVA President Jim Ryan END_OF_DOCUMENT_TOKEN_TO_BE_REPLACED