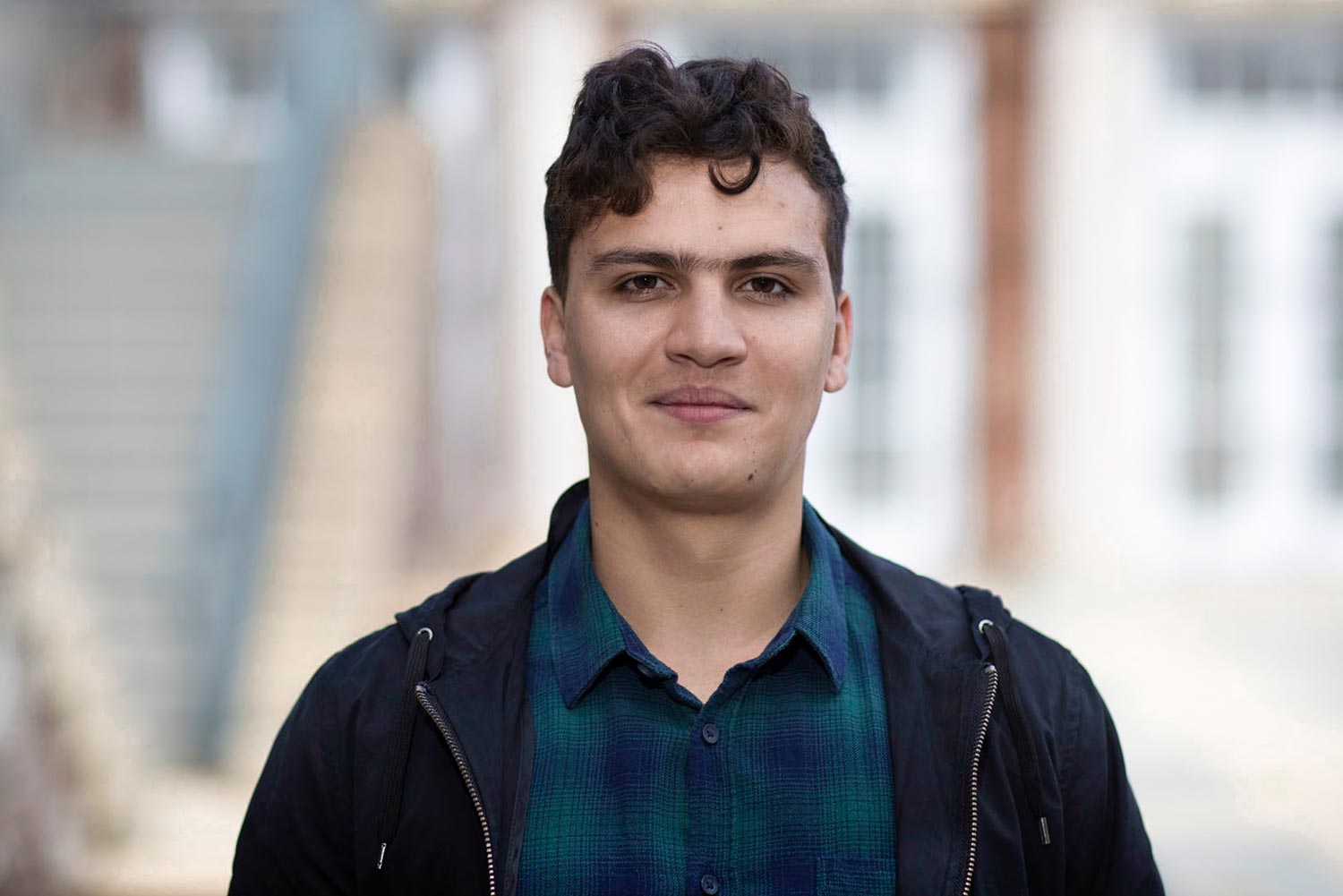 “I was getting all these phone calls from people in my country about what was going on,” the University of Virginia student recalled, “and then I would go out and almost nobody at UVA knew what was happening.”

Fortunately, Semerene had an outlet: a group called “Towards a Better Latin America.”

Founded in 2002, the UVA student organization, with Semerene’s help, created a “Hoos for Ecuador” campaign.

The effort included painting Beta Bridge, sponsoring a vigil and what Semerene described as “guerilla marketing” that raised nearly $4,000 in less than two weeks.

“Realistically, $4,000 wasn’t going to change anything,” said Semerene, now a fourth-year student in the McIntire School of Commerce, “but it helped me take away that powerless emotion that I had when I would see people dying on the news, and it helped raise awareness here in the United States.

“But what I liked more than anything about ‘Hoos for Ecuador’ was that it wasn’t just necessarily for my country – it set a benchmark for future projects.”

The organization also has ongoing projects, including a current one that is raising money for underprivileged women’s schools in Honduras, he said.

“Seeing the movement grow,” said Semerene, the organization’s president, “has been really fulfilling for everybody at TBLA.”

On Wednesday, UVA Today caught up with Semerene.

Q. What is TBLA’s mission?

A. It’s threefold: The first is to reach our Latin American community within UVA and Charlottesville. The second is to help raise funds for causes in Latin America. And the third one is social awareness.

Social awareness is one that we’ve struggled with a lot, which is one of the reasons we wanted to do our first annual Evaluating Latin America Conference this year (at the Rotunda on Friday at 9:30 a.m.; registration required). It’s helping the UVA community understand the main issues that have kind of defined Latin America in the last 10 years and identify the issues that are going to define Latin America in the next 10 years. This year, we’re focusing on sustainability.

If we’re educating what we hope are the future leaders – that’s really where you can make an impact.

Q. Former Mexico City politician David Razu is one of the main speakers at the conference.

A. Yes, he was crucial in the legalization of gay marriage within Mexico City. In this particular conference, he’s going to talk about sustainability in urban areas. Latin America is the most urbanized region in the world. Most of our societal and environmental problems will revolve around cities – so he’ll talk about that.

Q. Is the TBLA also involved in community outreach here in Charlottesville?

A. We have a really cool program where we work with Latin Americans in Charlottesville. At the end of each semester, we have a drive and give away things we’re not going to use – be it clothes, furniture, appliances. It’s a great way for us to give back and also to connect with the Latin American community here.

Q. You don’t have to be Latin American to be a part of the organization?

We’re open to anybody because in the end we want to grow the organization for people who want to learn and care and want to give back.