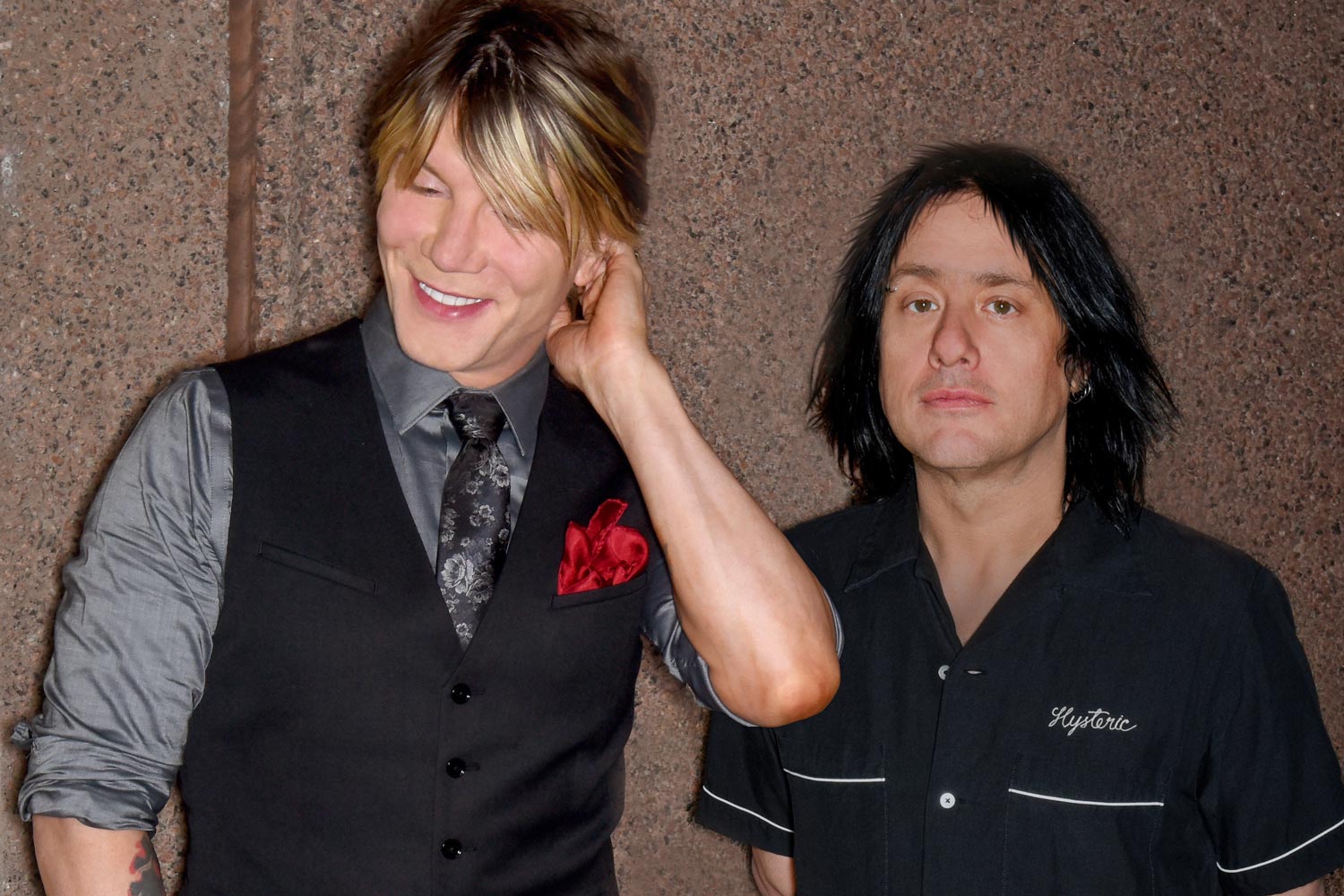 The Goo Goo Dolls are ready to rock the Lawn after Friday night’s Bicentennial Launch Celebration at the University of Virginia.

The rock band will close out Friday’s festivities – which also include special guest performances by Leslie Odom Jr., Andra Day and more – with a concert on the Lawn. Thousands of students, alumni, faculty and staff will be on hand for the occasion, celebrating the official start of the University’s third century.

The band, which has sold more than 10 million albums since 1986, recently concluded its “Long Way Home” tour, the latest in many national and global tours it has undertaken over the years. It has even performed at UVA once before, in 2011 at the John Paul Jones Arena. The group’s 14 No. 1 and Top 10 hits include “Name,” “Slide,” “Stay With You” and “Iris,” reported by Billboard magazine to be among the biggest pop radio songs of the last 20 years.

Before the big day, we spoke with bassist Robby Takac, who will perform alongside guitarist and vocalist Johnny Rzeznik on Friday.

If you are attending Friday’s Bicentennial Launch Celebration, learn more about parking and security and find answers to frequently asked questions.

Q. You have performed on many stages all over the world. What are you particularly looking forward to about performing at UVA, this time on the Lawn?

A. When you play in places that hold a special place in people’s hearts, it really adds to the excitement of the event. We’ve played in some crazy places, from volcanoes and skyscrapers to aircraft carriers in the Persian Gulf. Anytime the venue itself is an attraction, it adds something special to the show. We’ve seen a lot of excitement online leading up to Friday, and we are excited to be a part of it.

Q. You recently concluded your “Long Way Home” tour. What stood out about this tour for you?

A. One of the things I took away from this tour, more so than past tours, is how quickly people can access your new music these days. The audience knew so much of our new music, which was great. Twenty years ago, when we started having songs on the radio, playing new songs in concert was tough because people just weren’t as familiar. Today, they can get new songs right away on their phones.

Q. You have been in the music business for more than 30 years. What are some of the other changes you have seen and what changes do you see happening now?

A. As I mentioned, the accessibility of music now has really changed the economics of the business. I also think it has made live performances that much more special. We experience so many things virtually, from keeping in touch with friends virtually to watching live shows online. There is so much information at our fingertips. But there is something special about standing in front of people who have written a piece of music that means something to you, and sharing that moment with them. That’s something you cannot reproduce over a wire.

Q. Can you share a few of the most memorable performances or moments that stand out to you?

A. We played in Madison Square Garden after 9/11 [in the Concert for New York City on Oct. 20, 2001] and did a show at RFK Stadium in Washington, D.C. right after. That was pretty powerful.

For me personally, one of the most memorable shows ever was playing the Buffalo Memorial Auditorium near where I grew up in New York. I saw shows there as a little kid, so actually playing there, with my family in the audience, was something I had wanted my whole life.

Q. What’s next for the band?

A. It’s kind of “rinse and repeat.” We just finished our tour, and we are ready to record more songs and keep rehearsing. We are planning to take a bit of time off this summer to spend time with our families, but we’ll keep playing throughout. We’re excited to create some new original songs and just keep this thing going.

Q. Any parting advice, especially for students interested in the arts?

A. Don’t let money get in the way of your art and your music. Certainly, you need money. You need to eat and pay rent, and that can be hard to do as an artist. Broaden your skill set, learn a few other things that you can make money doing, while still pursuing your art. I think that will be the most successful model for the next few decades.

What Is the ‘4th Side’? END_OF_DOCUMENT_TOKEN_TO_BE_REPLACED