Q&A: How Much Workplace Collaboration is Too Much? 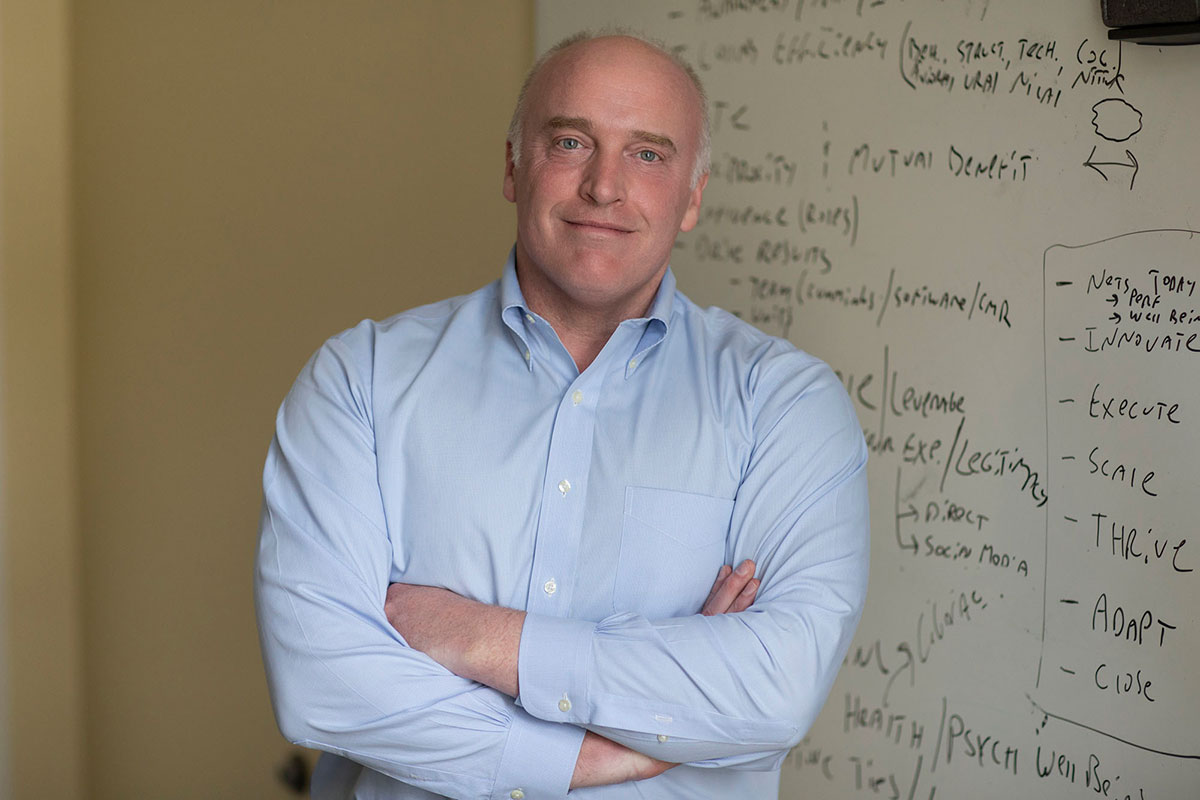 Rob Cross’s fascinating work on “collaborative overload,” conducted with Adam Grant and Robert “Reb” Rebele of the University of Pennsylvania’s Wharton School of Business, is featured on the cover of the January/February issue of Harvard Business Review.

We sat down with Cross, an associate professor in the University of Virginia’s McIntire School of Commerce and an expert in workplace networks, to learn more about the phenomenon of collaborative excess in the workplace.

Q. What exactly is collaborative overload?

A. As we point out in the [Harvard Business Review] article, the collaborative intensity of work has increased dramatically in recent years. Our data show that during the past two decades, the amount of time employees spend engaged in “collaborative” work – in meetings, on phone calls or answering emails – has increased by about 50 percent. Perhaps even more significantly, this kind of work now takes up 80 percent or more of employees’ time.

Strictly speaking, my colleagues and I define “collaborative overload” as the point at which someone is so overwhelmed with collaborative responsibilities that she effectively becomes a bottleneck, unintentionally slowing down or inhibiting the flow of work within an organization. Unfortunately, this person also often suffers from burnout as a result of the overwhelming demands placed on her. It’s something we can see very clearly, very quantitatively, in the maps 0that emerge from our social network analyses.

But in a more general sense, collaborative overload is a phenomenon with which many of us are now familiar at some level. It’s emails and text messages that arrive 24 hours a day, the barrage of emails addressing issues and projects that may or may not actually require your input, the invitations to meetings on subjects that aren’t really relevant to you, or the requests for information that someone else could handle. Collaborative overload can sometimes be hard to see, because it isn’t the result of one big project, assignment or behavior that people can easily identify and change; it’s a lot of little things that all add up. It’s death by 1,000 cuts.

Q. Why is collaborative overload happening?

A. There’s a whole suite of factors that have all come together at once. There’s the availability of technology that allows us to be constantly, instantly available, or to make demands on others. There’s the fact that people are working on global teams, in global markets, in different time zones. And then there’s the fact that most organizations have moved to matrix-based structures, where employees report to not just one, but two or three teams.

The idea was that this sort of “layering” would make companies more nimble and more responsive to customers. But – from a strictly structural standpoint – it has created an amazing increase not only in the volume of collaborative demands on employees, but in the diversity of demands. People are getting hit from many different sides, and it’s a real challenge for them.

Q. What are some of the ramifications of collaborative overload?

A. At a personal level, it can have a huge negative impact on people’s health, stress levels and relationships. People become overwhelmed with this enormous number of collaborative obligations that are squeezing out their time to do anything else, including take care of their own primary work responsibilities, which they end up taking care of at night and on the weekends. Unfortunately, what you start to see is burnout among the best, most helpful, energetic and competent people, because they’re always tapped for inclusion in “collaborative” activities.

Our research shows that, typically, 3 to 5 percent of employees contribute 20 to 35 percent of value-added collaborative contributions.

Obviously, individual burnout – especially among the most talented employees – has direct ramifications for organizational productivity. It effectively shuts down people’s ability to be innovative and creative. More, if a leader is overwhelmed, the performance of that leader’s group or unit will suffer, and the effects continue to trickle down in a very negative way, sometimes with huge consequences.

We recently looked at a massive multibillion-dollar merger in which the integration of the two companies really wasn’t going smoothly. What we found was that a small group of middle managers was getting crushed: Just 5 percent of the employee population was absorbing more than 40 percent of the collaborative demands.

Q. Are there certain personality types that contribute to the problem?

A. That’s something we’re just starting to look at. There’s definitely a personality type that seeks closure, which can cause problems; this is the person who sends you the email at 11 at night because they want to get something off of their plate. Something else I hear about a lot is people who won’t make decisions in a timely way – they just keep asking for more information and more meetings, creating a lot of work for a lot of other people. Another thing that can be a killer is the “I want to get to an empty email box” mindset, because you’re never going to get there. Finally, I think a lot of leaders, in particular, don’t realize how much their self-worth is contingent on the feeling of being needed and sought out, so they sort of unconsciously create a situation of collaborative overload for themselves.

But a lot of times – as I mentioned earlier when I was talking about the really energetic, helpful employees – collaborative overload is a result of people’s desire to do the right thing. Not long ago I met with a very senior executive at a major global corporation; this man, who had had a fantastic career, was really struggling. When we looked at what was going on, we found that he’d made a number of organizational changes, all with the aim of creating a very egalitarian workplace. He’d taken layers out of the hierarchy, and he had an open-door policy. The result was that he had 120 people coming to him frequently for information, and another 78 who said they needed more of his time to be able to hit their goals. And that was only one of three groups that he was managing. He was trying to be thoughtful and responsive, but he was really suffering – at work, and in his health and personal life – as a consequence.

Q. What can people do to reduce their own collaborative overload?

A. I think one of the most useful activities people can engage in is a three- or four-month retrospective. Take an hour or two to look back over your calendar, and through your emails, and try to find all the routine things you’re doing that you really don’t need to do anymore.

Usually what people find is that they have recurring meetings that take up an obscene amount of time, and they’ve never really thought about the value – or lack thereof – of their presence in those meetings. If you look back over the course of a few months you can start seeing patterns: where you’re repeatedly being drawn, unnecessarily, into approval processes, or asked for information that someone else could provide.

There are structural changes you can make, in order to shift some of the demands off of you. I also think having select times during the day to answer emails and text messages is a big help. A lot of executives also block out “reflective time” and make sure they’re not distracted during that time.

So there are some things that we can all do to help, both to prevent and protect ourselves from collaborative overload. On the one hand, it’s really an interesting organizational phenomenon, because it’s kind of invisible – you’ve got this massive drain on a key resource, and everybody knows it, but there are no formal mechanisms for dealing with it. But the fact is that it’s a very real phenomenon, with very real ramifications for people and organizations. It’s something that we’re really going to have to start looking at – and dealing with – in a serious and thoughtful way.

How a Single Email Changed a Life END_OF_DOCUMENT_TOKEN_TO_BE_REPLACED

Fall Is in the Air on Grounds END_OF_DOCUMENT_TOKEN_TO_BE_REPLACED

At UVA, There Is a Club for Everyone END_OF_DOCUMENT_TOKEN_TO_BE_REPLACED