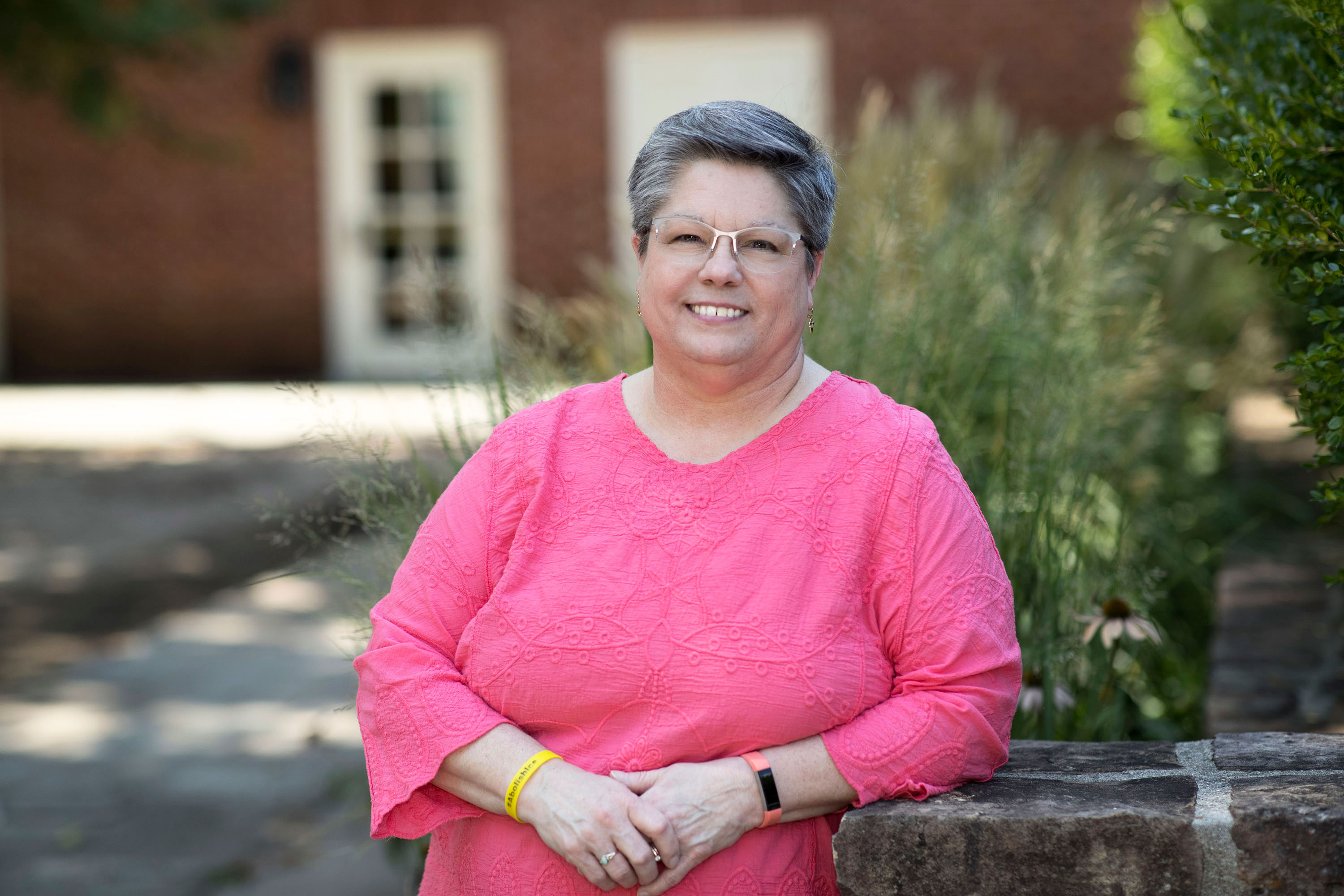 At the heart of the University of Virginia’s Miller Center of Public Affairs – tucked away in sealed boxes and on its secure servers – are thousands upon thousands of pages of transcription, each one holding the memories, insights and reflections of former presidents and the officials that made their administrations tick.

Gail Hyder Wiley is one of the custodians of this extraordinary repository of modern American government – and that is just one of her roles in the Charlottesville community.

Wiley, a UVA alumna and parent of a UVA graduate, is the editor of the Miller Center’s Presidential Oral History Program, which conducts interviews with former presidents and White House officials and compiles them into oral histories available for researchers and the public. So far, the program has done or is in the process of compiling oral histories and interviews from the Carter, Reagan, George H.W. Bush, Clinton, George W. Bush and Obama administrations, as well as a special oral history with Sen. Edward M. Kennedy.

Outside of work, Wiley is a leader in the Charlottesville community, spearheading programs like CAR2Vote, a nonpartisan, ride-to-the-polls service she co-founded with fellow UVA employee Sarah Sawtelle; and working with CIRAC, the Charlottesville-area Immigrant Resource and Advocacy Coalition. There, Wiley coordinates rides to court for immigrants pursuing asylum cases, welcomes immigrants as they arrive in Charlottesville and provides resources connecting them to other nonprofits in the community.

We sat down with her to learn more about her work at UVA and in Charlottesville.

Q. What are your primary responsibilities as editor of the Presidential Oral History Program?

A. I have been a full-time editor since 2016 and worked with the program as a freelancer for 10 years before that. Our freelancers check the interview transcripts to make sure they are accurately transcribed, which is what I started out doing. Now, I supervise that and edit the transcripts for style and clarity before sending them to the interviewee for corrections or additions. That’s something many people don’t understand about oral history – it is perfectly OK to have the subject of the interview augment a transcript, if they remember something they did not say or want to clarify something. That becomes part of the record, and my job is to keep track of those changes. It might be interesting to a historian later.

I also keep track of the deeds of gift, which tell us when the interviews can be unsealed and made public.

Q. What do you enjoy about the work?

A. I feel like we are preserving history. Reading the interviews, there are things that someone will say that they have not said before, that they might not have told anyone before. Even if they are saying something that they said in their book, or in public, they might explain it a bit more. You get insights that were not there before.

One thing I think we really bring to the work is assembling the interviewers – scholars from UVA and elsewhere – and the interviewees, including the official, maybe accompanied by their chiefs of staff or other counterparts. You see the interplay and the interaction between them, and that can be really interesting.

Q. Once the interview is conducted, what happens to the transcripts?

A. We store them safely, both physically and digitally. We also take a lot of security precautions. For instance, we keep interview transcripts on a stand-alone secure server until the deed of gift allows us to release them. Or, even though it would be easier, we do not email transcripts. We mail them using a secure shipping service, with tracking.

It’s kind of exciting – even if it does mean my computer password is tremendously long.

Q. What stands out to you as you work on these interviews?

A. Part of the job is actually having a selective memory – confidentiality is our bread and butter, until we are able to make interviews public. But one thing that stands out is the importance of getting these histories while we can. If someone dies, and we don’t have their deed of gift, or even the interview, that history could be lost.

We have a lot of great student workers who help me keep track of everything and find the people we need to connect with. I joke with them that I will turn them into super-sleuths before it is all over. We have great students, so I love that part of it as well.

Q. What made you start CAR2Vote?

A. I have volunteered with several political campaigns, and when volunteering with the Obama campaign in 2012, I saw how slapdash rides to the polls could be. It’s so important; you can and should register people to vote, but you’ve got to actually get them to the polls, too.

Sarah [CAR2Vote co-founder] and I met when my son was doing Mock Trial at UVA; Sarah’s husband, Toby, a UVA Law School professor at the time, was the coach. I had seen Sarah’s organizational skills firsthand. We built an organization, recruited drivers and set up a phone number. Now, we have a phone number anyone in the city or Albemarle County can call to get a ride to the polls, and we have a roster of about 100 drivers.

“I am involved with this, and with other anti-racism and LGBTQ rights work, and all of it comes from a faith tradition that says that is what we are called to do – to help the vulnerable. I just feel that very strongly.”

I am involved with this, and with other anti-racism and LGBTQ rights work, and all of it comes from a faith tradition that says that is what we are called to do – to help the vulnerable. I just feel that very strongly. - Gail Hyder Wiley

Though it grew out of a progressive mindset, the rides are nonpartisan; we just want people to be able to vote. It has been enlightening, but sad, to see how easily, if you do not push back on it, our political operations marginalize people who are already marginalized. Unless we promote this in places where senior citizens live, for example, they may not realize they can vote, or that they can vote from their car if they bring an ID. Even if you are sick that day, you can go and vote from your car.

Q. You also do a lot of work to help immigrants in Charlottesville. What does that include?

A. If you are undocumented in Virginia, you are not allowed to have a driver’s license, and that leaves asylum seekers in a double bind. They have permission to be here as they pursue their asylum case, but they cannot drive, even though they have to go to Richmond to check in every two weeks, or to Northern Virginia for any immigration cases.

I heard about this through my church and knew that I could help because of my experience with CAR2Vote. So, we provide drivers and transportation for immigrants needing to get to court hearings.

My husband and I help with meeting buses as they come through town on their way to their sponsor families. I’ve also made guides to help people connect with other local organizations helping immigrants, so I am involved in a lot of ways.

Q. What motivates you?

A. I am involved with this, and with other anti-racism and LGBTQ rights work, and all of it comes from a faith tradition that says that is what we are called to do – to help the vulnerable. I just feel that very strongly. I feel so much gratitude to those people who are directly affected by racism for having the patience to bring me along in this work.

A Year We Will Never Forget: 2019-20 in Review END_OF_DOCUMENT_TOKEN_TO_BE_REPLACED

‘What Will You Carry With You?’ Remarks From UVA President Jim Ryan END_OF_DOCUMENT_TOKEN_TO_BE_REPLACED