Q&A: A Pandemic Modeler Looks Back – and Forward 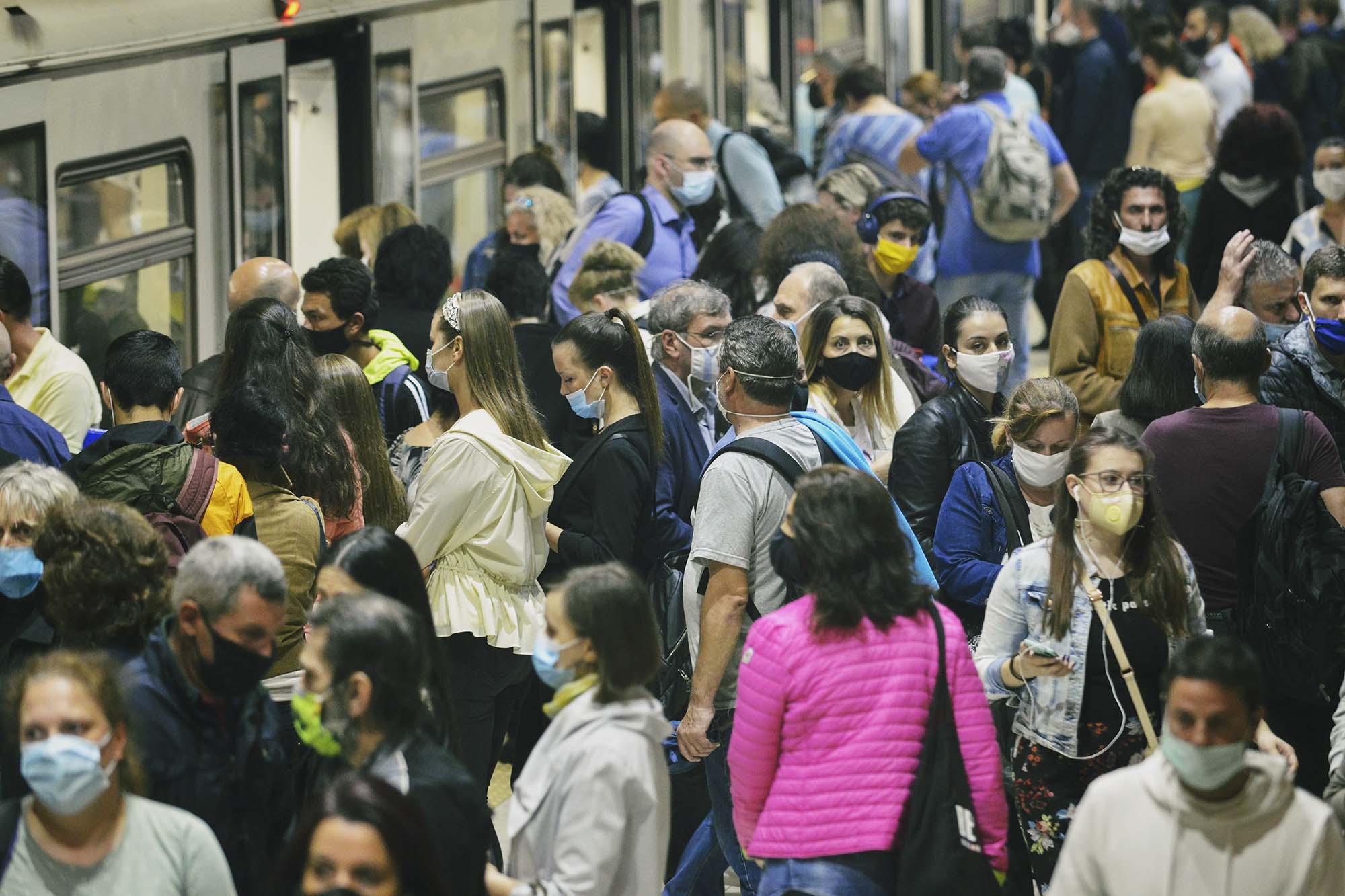 The United States reported its first official case of COVID-19 on Jan. 21. Ten months later, more than 15 million Americans are known to have been infected and nearly 300,000 have died from the disease. The effects on individual lives and world economies can hardly be measured.

Epidemiologists and other researchers at the University of Virginia’s Biocomplexity Institute have been tracking and forecasting the proliferation of the disease since January when it began spreading to the world from Wuhan, China, where it originated. 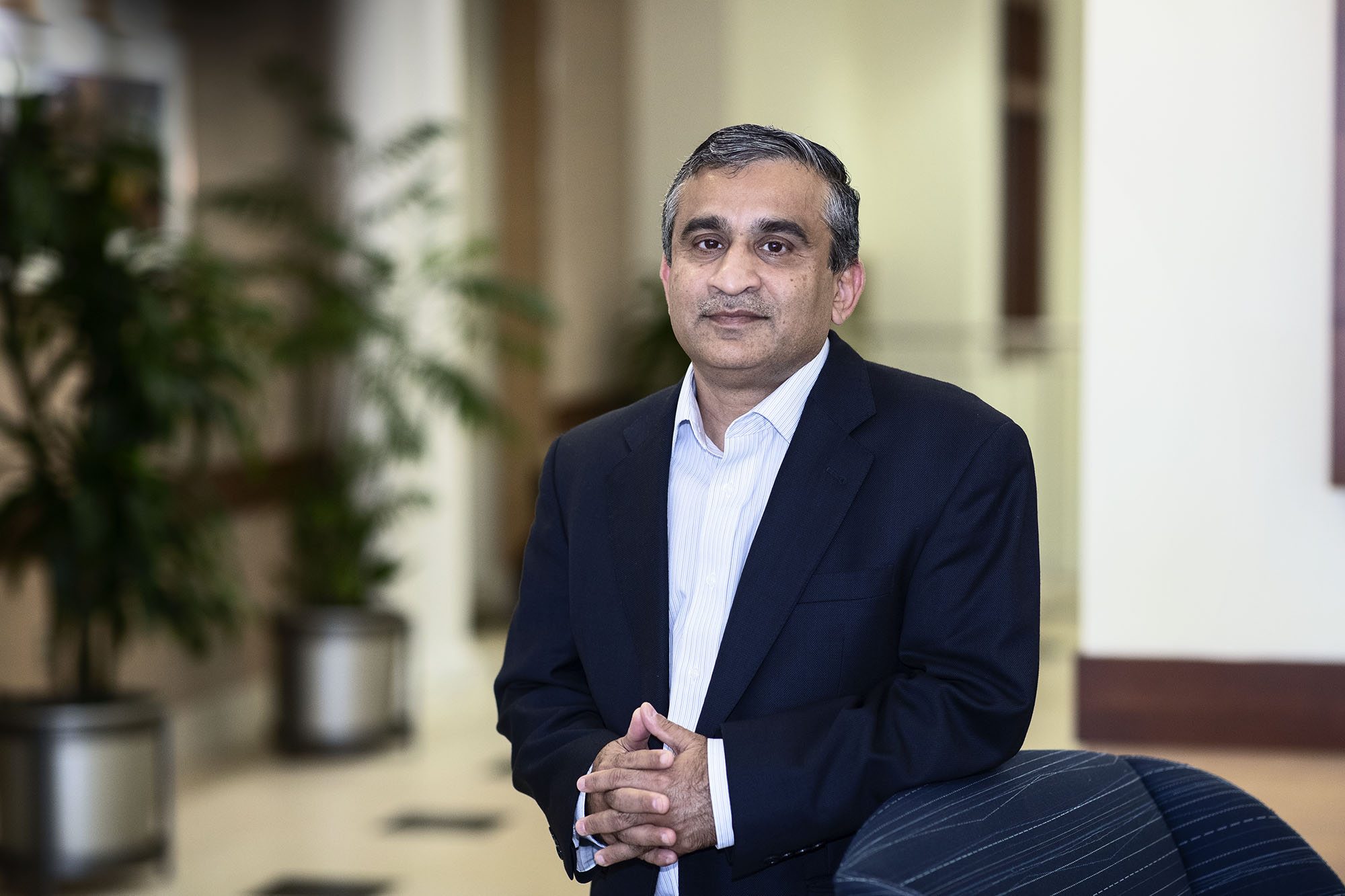 Madhav Marathe, a professor of computer science and biocomplexity, and a division director at the Biocomplexity Institute, provides perspective for readers of UVA Today.

Q. What do we know today about large-scale disease spread that we did not understand in the early days of the pandemic?

A. We now understand how the disease is transmitted, various risk factors and the role of asymptomatic individuals in disease transmission. We also understand the role of the face mask and its utility in reducing spread. While we knew that pandemics often affect vulnerable individuals and sections of societies, one would not have expected such a disproportionate level of disease occurrence and deaths in the Latinx and African American populations.

At the start of the pandemic, one would have never imagined the entire world coming to a near standstill in April. This unprecedented level of societal intervention was simply unthinkable. One would also have not imagined the financial stimulus that countries across the world put in place to keep their economies afloat. Furthermore, it was a pleasant surprise that the digital revolution and the advances in logistics allowed many individuals to work from home, obtain education at home, and get goods delivered to their doorsteps.

Zoom became an instant success story. Global travel has continued to suffer even as we approach the 10th month of the pandemic. We also saw unprecedented efforts to develop a vaccine in record time. Also, this was a presidential election year in the U.S., and we witnessed the politicization of the pandemic in multiple ways, sometimes leading to misinformation about disease spread and its seriousness.

Q. Has this health crisis played out as you would have expected early on, or have you been surprised?

A. We knew early on that COVID-19 had the potential to become a pandemic, but its impact on many countries in the Western world is stunning. We are well into the second wave of the pandemic and as epidemiologists had warned, it is larger than the first one. Rather surprisingly, many countries have been spared much more than anticipated, including low-income countries in Africa. We still do not understand all the reasons why this is the case.

“While we have made tremendous progress in terms of collecting and sharing data, much more needs to be done. We’ve learned the importance of developing holistic models that take social, behavioral, political, environmental and economic factors into account to predict, assess and explain the ongoing pandemic.”

On the other hand, several Western countries with excellent health care systems, including the U.S., Italy, Spain and the U.K., have experienced significant impact. While one could have predicted the current scenario playing out, it need not have played out this way. The basic problem is not that hard to solve, but lack of collective will has created a scenario in the U.S. that one really hoped would not happen. The number of lives lost, the economic impact, the toll on health care workers is all hard to imagine.

We found out that simple interventions such as mask wearing can be complicated to implement. The pandemic also reaffirmed how everyday people can turn into heroes, critical workers often go beyond their call of duty to exhibit altruism and pro-social behavior – and these factors have challenged our rational models of game and decision theory.

Q. Would you change anything in the way you modeled the pandemic as it progressed, if you could go back and recast your models?

A. The pandemic brought to the fore a number of issues that modelers, including our UVA team, would like to model better, such as modeling the co-evolution of individual and collective human behavior and disease dynamics, factoring in the role of public polices and information campaigns on perception of risks and behavioral adaptation, and improving our ability to model one-off superspreading events and their impacts.

Models are only as good as the data that goes into them. The availability of high-quality, real-time data remains a challenge, and something we will need to address in the coming years. This of course needs to be done in a way that balances individual privacy, commercial interests and public policies.

Three types of datasets would help in the future: accurate weekly or daily case counts, including who is currently ill and who has recovered, at a county level; a good account of social interactions and the movements of individuals; and understanding risk perception and factors that affect behavioral compliance.

While we have made tremendous progress in terms of collecting and sharing data, much more needs to be done. We’ve learned the importance of developing holistic models that take social, behavioral, political, environmental and economic factors into account to predict, assess and explain the ongoing pandemic.

We also need better models that couple epidemiology to immunology. This will help in understanding vulnerable populations, aid in the design of new therapeutics and vaccines, and lead to new ways of treating the disease.

We also need to develop models of zoonosis, to understand when, how and which diseases are likely to jump from animals to humans.

And we need to create models to help detect situations of synthetic biology, where potentially harmful pathogens might be designed with relative ease for sinister reasons.

Q. What can be done to accelerate the development of better pandemic models?

A. We need a sustained, concerted national initiative to support modeling and informatics for pandemic response and forecasting. This would borrow from similar initiatives in weather forecasting, which has proven essential to our daily lives. It is important that the federal government continues to support pandemic modeling research and development, even if we do not see a large pandemic in 10 or 20 years. This would put us out ahead of the next one.

Q. With new vaccines about to roll out, when do you think the U.S. – and the world at large – can put this pandemic into the past?

A. It’s anticipated that vaccine rollout in the U.S. will start before the end of the month, and states are hoping to vaccinate a large portion of their populations by next summer. This would be an unprecedented achievement. If that happens, we should be able to resume our daily lives by next fall.

The world at large might take a bit more time, perhaps around the late fall of 2021. That would be a year and a half after the start of the pandemic. The impact will be felt for decades to come.

A number of factors can affect the outcome. This includes the constant adaptation of the virus to its environment, and our understanding of waning immunity to the infection.

I remain optimistic about human ability to adapt and innovate. In this sense, this is an evolving game between humans and nature. I hope we take lessons from this and prepare for the next pandemic or other global crisis.

We will see another pandemic. The question is not if, but when.

What’s Next for UVA’s Class of 2022? END_OF_DOCUMENT_TOKEN_TO_BE_REPLACED