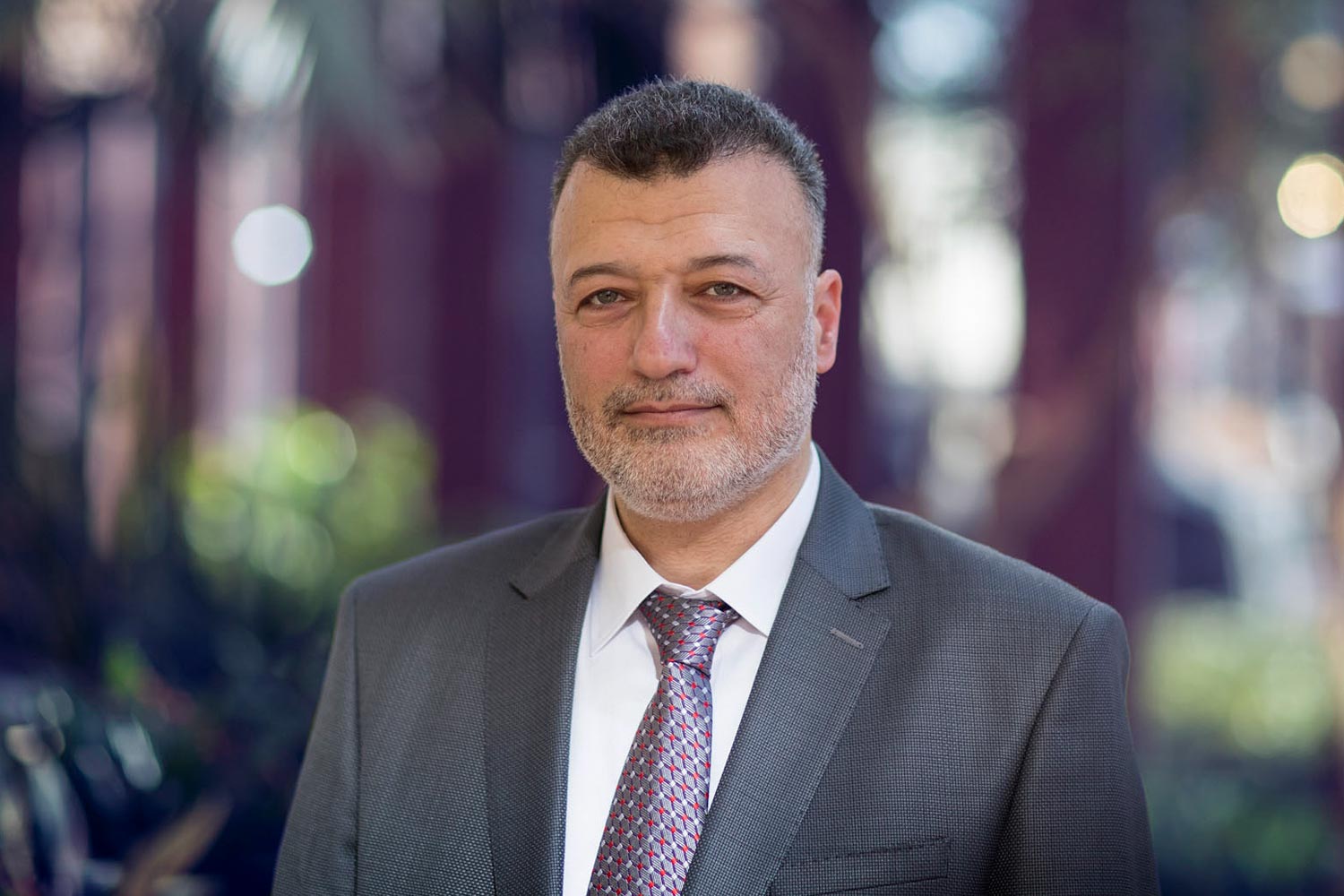 The United Nations has called the Syrian civil war “the biggest humanitarian and refugee crisis of our time.”

With bombs routinely going off at the hospital where he worked, Hariri somehow managed to operate on thousands of countrymen – and stay alive.

Hariri now lives with his family in Turkey, where he is helping develop a medical school at a Syrian university.

UVA Today had the chance to speak with Hariri, who recently completed a research fellowship at Harvard University and is giving talks at UVA this week.

Q. Why did you pick UVA as a place you wanted to speak?

What’s happening right now in Syria is a matter of country. And I think it’s become a global issue, not only a Syrian issue. We have to look for solutions because it will affect the world, not just a small area.

Q. At the start of the war, there was a mass exodus of the medical work force, but you stayed. What compelled you to do that?

A. My friends and colleagues were still inside the country. There are so many doctors right now working inside the country under very intense situations. It’s our duty to help the innocent people who need help.

Almost 90 percent of doctors fled the country. It’s a very difficult situation. There are some besieged areas with very few doctors who have to serve a large number of people. … But when you have a patient who survived after very hard and tough injuries and says, “Thank you, doctor,” I think that’s enough. I think that’s enough.

Q. Amid all the bloodshed, how were you able to focus on the task at hand and not worry about what might happen to you, especially when doctors such as yourself were being targeted?

A. Honestly, there is some psychic effect on the human being when you are feeling that you are under attack. Many times our hospital has been targeted. My room itself almost collapsed. There was one facility that was targeted 25 times during this war. My hospital was targeted seven times. Two of the times I was in the hospital and fortunately survived. Part of the hospital collapsed.

We tried to maintain the building and were underground in the basement, working in that area. To some extent, you feel you are safe, but actually it’s not safe because if the whole building collapsed, nobody would be able to get you out.

Q. What is your opinion of the way the media has portrayed the situation?

A. I think the media is getting bored. The first day you see a lot in the news, the second day less, and then less day by day. So what about seven years [later]?

There are different ways to keep people aware about what is happening. When 9/11 happened and we say 3,000 people have been killed, it’s a number? No, those are people. Each one has a large number of people who loved him. So when you’re talking about 500,000 who have been killed in Syria – at least – that means all of the country has been affected.

Q. Why is the development of the medical school arm of the new Free Aleppo University in Syria that you’re involved in so important?

A. We have a large deficiency in the number of doctors. We believe establishing a university and school of medicine can help, so we started with this project. We have very few labs and not very much equipment, but we’ve started and now have third-year students and will hopefully have a next generation of doctors.

Q. What are your hopes for Syria’s future?

Hopefully soon there will be some sort of political resolution for all of these problems. Hopefully. But now, in the foreseeable future, I don’t see anything. But I still have this hope.

Fall Is in the Air on Grounds END_OF_DOCUMENT_TOKEN_TO_BE_REPLACED