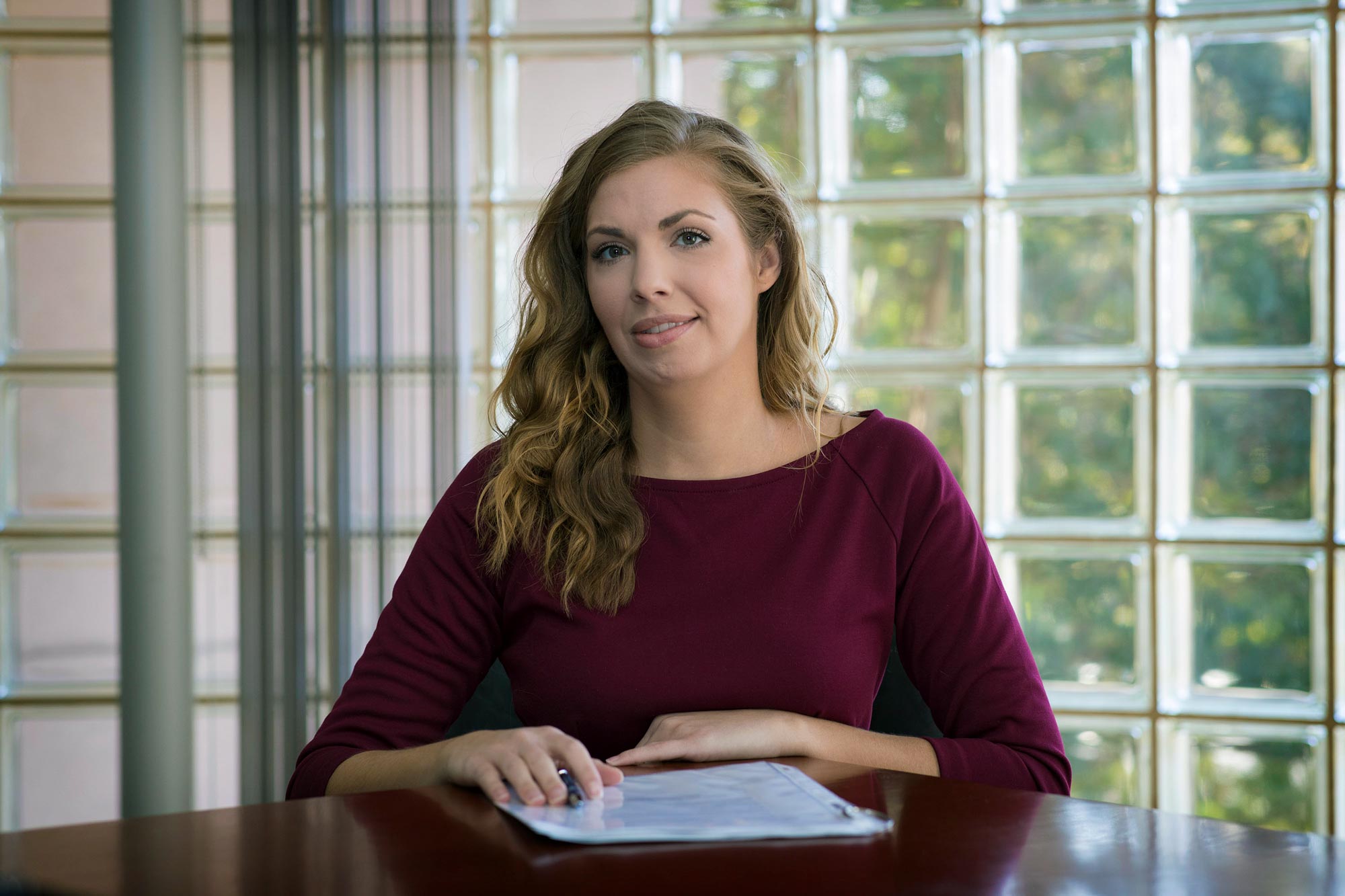 When Roanoke native Kara Fitzgibbon went off to Washington & Lee University, she thought math and art would be the two areas of study that would be of most interest to her.

But then Fitzgibbon “stumbled” into a sociology course, and everything changed.

The course looked at the context of religion in modern society. “I was particularly interested in how religious beliefs intersect with other experiences in people’s lives – their roles, their identities,” Fitzgibbon recalled.

The class resulted in Fitzgibbon taking another course – part of a semester-abroad program – that examined Muslim immigration in Western Europe.

From there, Fitzgibbon went on to earn a master’s degree and Ph.D. in sociology from the University of Virginia.

While working on her dissertation, “Framing Islam: Non-Muslim Americans’ Narratives of Muslim and Islamic Identity,” Fitzgibbon worked part-time at the Center for Survey Research at UVA’s Weldon Cooper Center for Public Service.

“It was through that applied research that I came to understand all the ways I could use the skill set that I was developing with my Ph.D.,” Fitzgibbon said.

Last week, Fitzgibbon’s career path came full circle when she was named the new director at the Center for Survey Research.

UVA Today recently caught up with Fitzgibbon to talk about her new role.

Q. The dissertation you did while at UVA sounds very interesting. Can you tell us a little more about it?

Very few people are just indifferent, even if they do or do not know any Muslims or actually interact with Islam in their daily life. A lot of people have strong opinions.

The dissertation was a large-scale survey where I used a national online survey panel to look at all the different predicators for the opinions Americans hold of Muslims.

Q. Sounds like that served as great preparation for the kind of work you’re doing now.

A. Yes. While we don’t currently have any projects here that are on that topic, just the general research experience of seeing through a project and debugging a questionnaire and figuring out what’s wrong and being able to read the data – those are all things that have translated directly.

Q. Involving students – both undergrads and grads – has always been a big part of what you guys do here, right?

A. Yes. One of our underlying missions is to build skillsets and expose students to more opportunities. That’s how I came to this position, starting as a graduate student research analyst. I hugely see the value in that investment in students. I want students to be in and out of our office all the time and exposed to the projects and the kind of work we’re doing.

Q. Now that you’re in your new role, are there any new areas of focus or ones you’d like the center to explore more?

A. What I love about this job and the work we do is we do get to cover so many topics and we don’t have to have prior experience in specific areas. I love that our clients bring a lot of new things. It’s intellectually fun.

In terms of the types of projects that I’d like us to continue to pursue: they’re really the ones in which there are tangible ways in which the community can be impacted and improved. And that’s been very encouraged by the new leadership at the Cooper Center with Larry Terry. He has a great commitment to community impact. And at the end of the day, we’re a unit of a public service center. So I think the types of projects we want to make sure we serve are more non-profits, more community groups, more foundations.

An example is a project we’re doing now with the Harvest Foundation in Martinsville and Henry County, where they’re trying to understand the needs and gaps in service for child care of low- to moderate-income families.

We want to do fewer reports that sit on a bookshelf and nobody reads, and more reports that are accessible and will actually be informing decision-making.

A Year We Will Never Forget: 2019-20 in Review END_OF_DOCUMENT_TOKEN_TO_BE_REPLACED

‘What Will You Carry With You?’ Remarks From UVA President Jim Ryan END_OF_DOCUMENT_TOKEN_TO_BE_REPLACED