Q&A: What Is Redistricting and Why Is It Controversial? 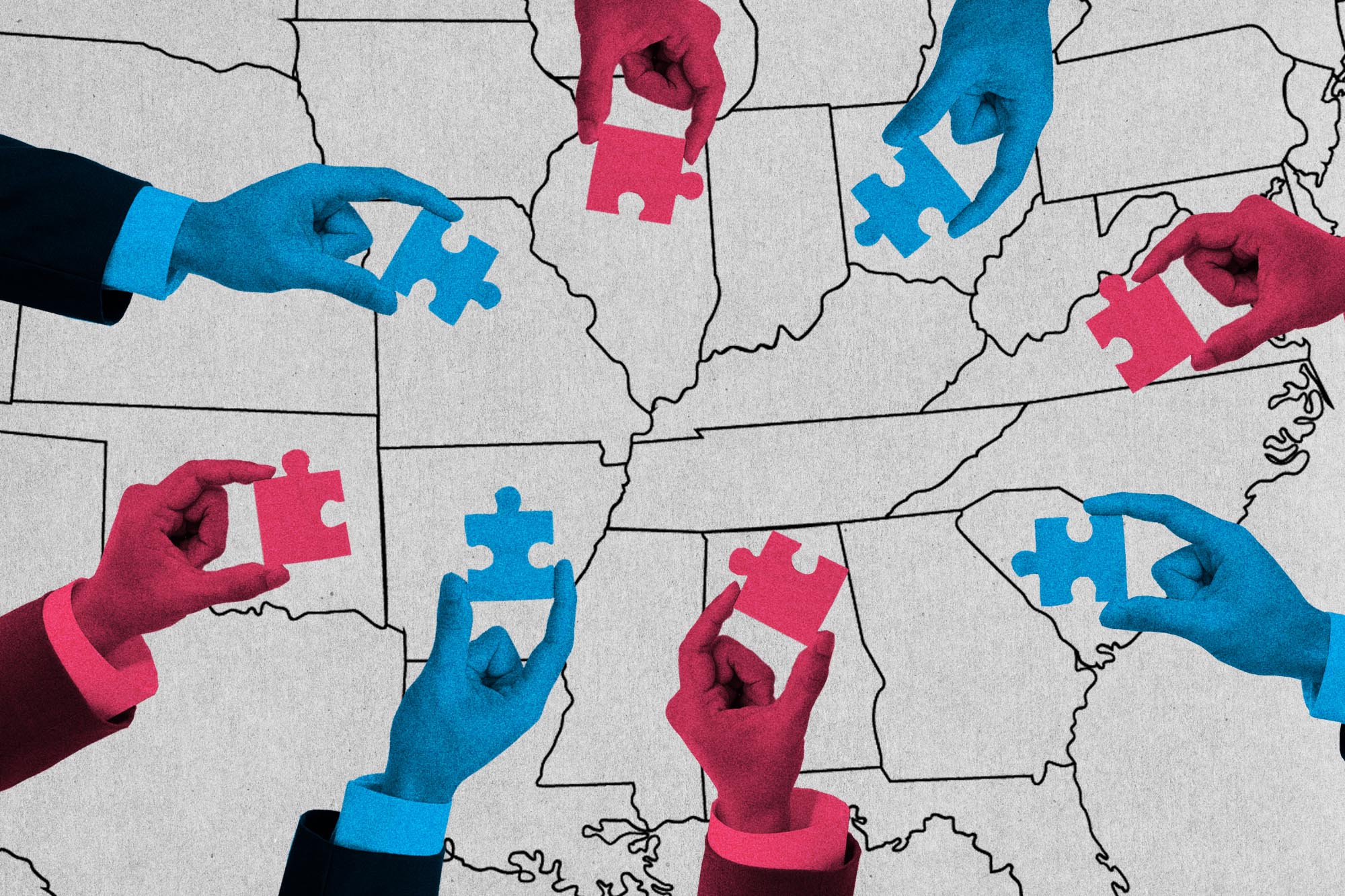 After a hectic election year in 2020, the University of Virginia Center for Politics and the staff of Sabato’s Crystal Ball, the center’s political analysis newsletter edited by professor Larry J. Sabato, aren’t slowing down. Instead, they recently chose to take on one of the most fraught topics in American politics: redistricting.

Kondik is so interested in the topic that he wrote a book that explores how redistricting and other political trends have resulted in a Republican edge in the House of Representatives. “The Long Red Thread,” which looks at House elections from 1964 to 2020, will be released in October.

UVA Today caught up with Kondik to learn more about the controversial topic of redistricting.

Q. What is redistricting and why should people care?

A. Congressional redistricting is a vital and politically charged issue. Every 10 years, the U.S. Census Bureau releases a new census, which documents population growth patterns across the country. In order to reflect the new census, states must redraw their district lines. So between years that end in zero and years that end in two, the congressional map is reshaped across nearly the entire country – the only states that are unaffected are the six sparsely populated ones that only have a single, at-large statewide member of the House (Alaska, Delaware, North Dakota, South Dakota, Vermont, and Wyoming). 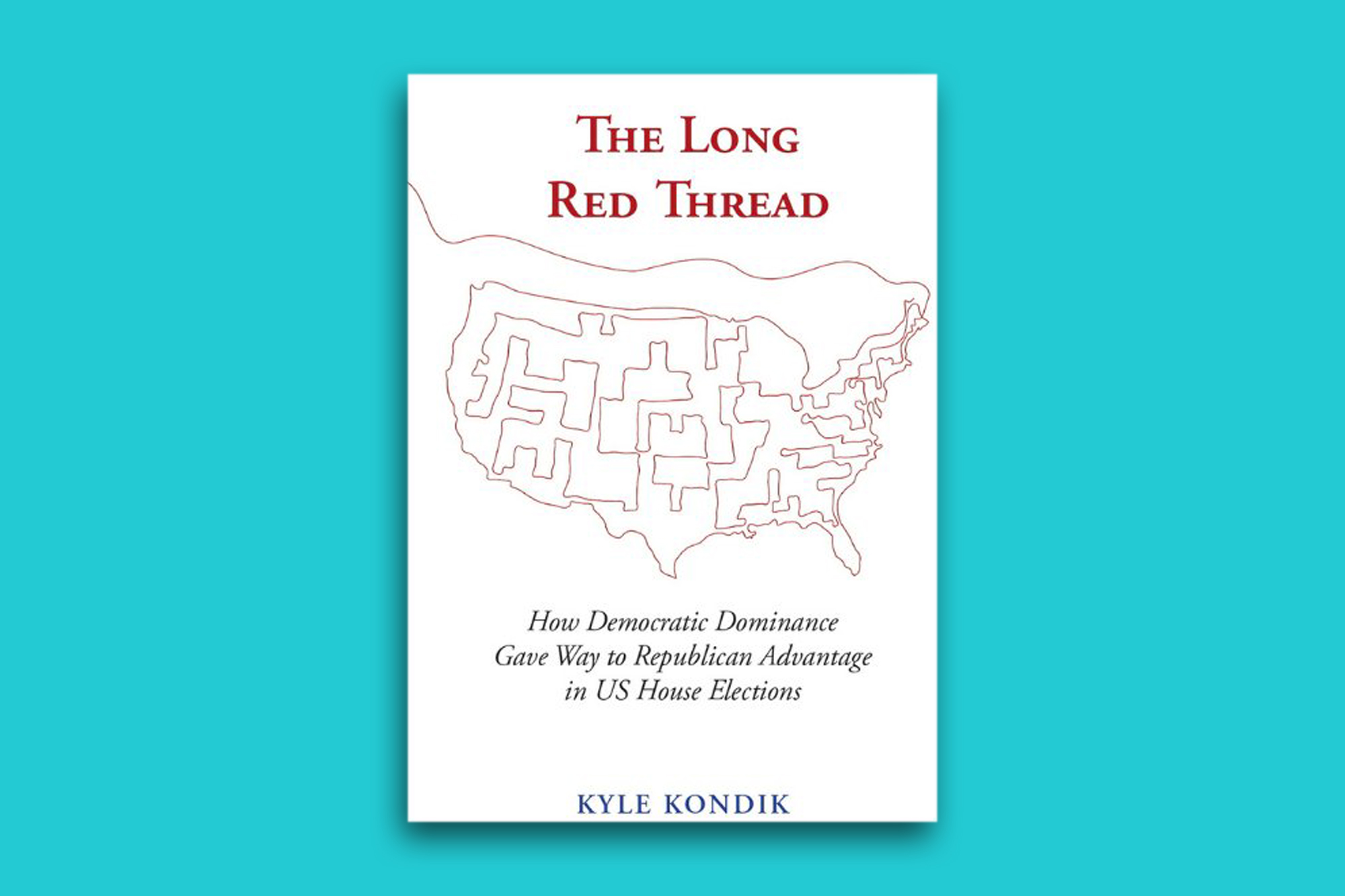 Districts must have roughly equal populations within states, with the average, “ideal” population size for a district nationally coming in at roughly 750,000 to 800,000 people. Stringent population equality requirements are a relatively new development in American politics – they only truly came about following a series of landmark Supreme Court decisions in the early 1960s, which enshrined the concept of “one person, one vote” into redistricting law. While the U.S. Supreme Court has weighed in on population equality, it has thus far declined to rule against partisan redistricting, better known as gerrymandering, which is the practice of one party drawing a congressional map designed to maximize their share of seats in a given state.

How districts are drawn has a direct impact on which party wins and which party loses a given seat. So if you care about who controls the House, you should care about this process.

Q. Who is in charge of it and when does it happen?

A. States use a variety of methods to draw district lines. Most states still use a traditional process for redistricting, which involves the state legislature proposing and passing a congressional map as a piece of legislation, subject to veto by the governor. There are variations on this process – just to cite a few examples, North Carolina’s governor cannot veto a congressional map, and Iowa uses a process in which legislative staffers draw a map that the state legislature has the power to overrule – but this is how most states handle redistricting. However, there has been a growing trend in which redistricting power is outsourced to an independent commission, which is designed to make the process less partisan. These commissions are most popular in the west, but they have recently been adopted in other places, too, such as in Virginia for this decade’s redistricting cycle.

This cycle’s redistricting process has been delayed because of delays in the census – the bureau only recently released the granular data that states need to accurately draw the lines. But draft maps are starting to appear in various states, and all 44 states with more than one district will have lines in place by next year in advance of the 2022 midterm.

Q. Why is it so controversial?

A. Many consider it unseemly that one party often has the power to draw districts that favor their own party. Republicans used to dislike gerrymandering more because Democrats dominated the process as recently as the 1970s and 1980s. Democrats are likelier to dislike it now because Republicans have had a stronger hand in redistricting more recently. Additionally, different people can have different, legitimate objectives in redistricting. Some may favor maximizing competitive districts. Others may want to protect incumbents, while others don’t want to consider incumbents at all. Some may want to maximize representation for people of color, while others argue that doing so ends up overconcentrating voters of color, who often vote Democratic, thus helping Republicans. 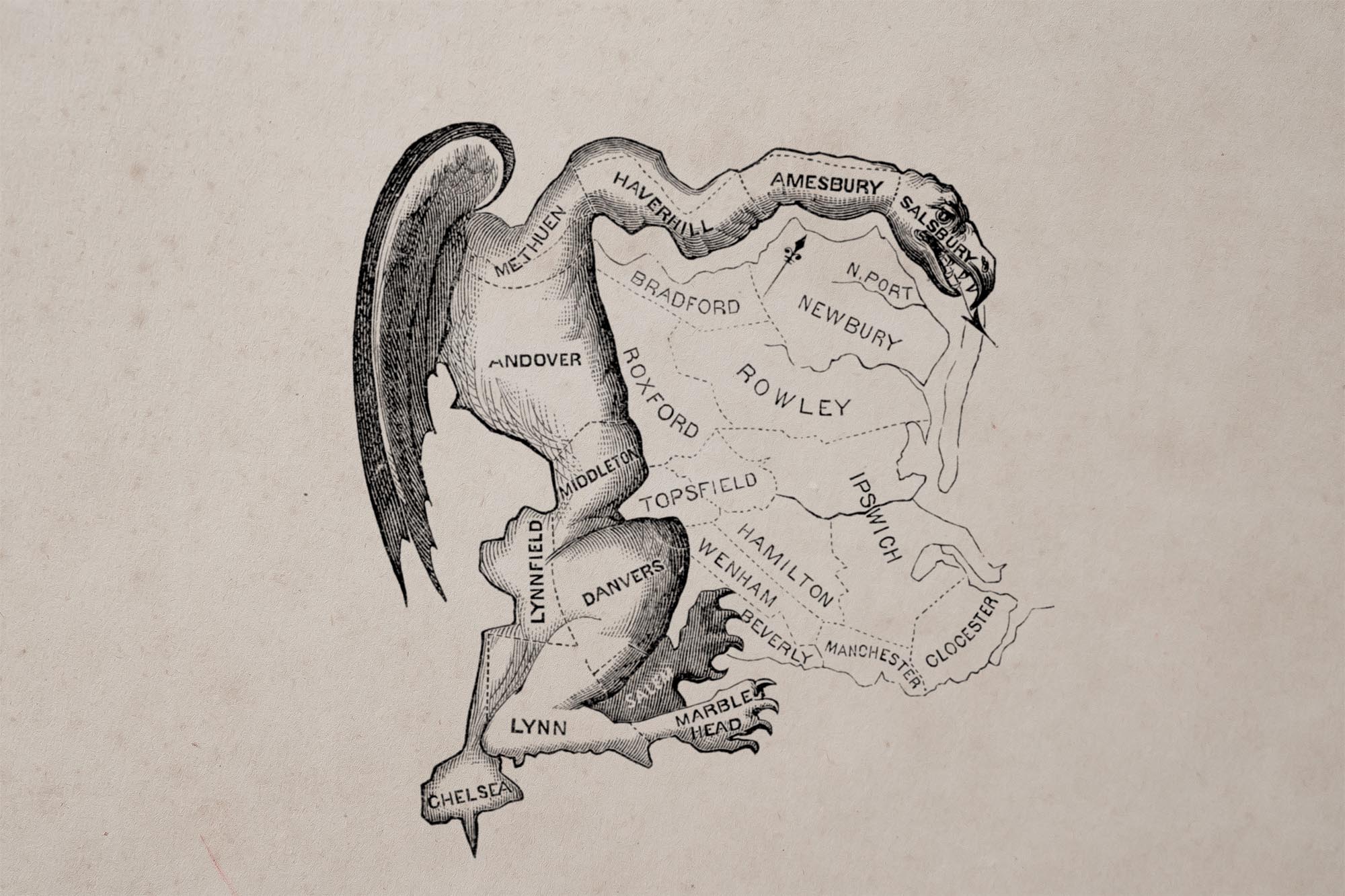 Reasonable people can disagree on these objectives, which inherently makes this a hot-button issue, and the partisan nature of the process in many states also irks the party on the wrong end of the maps.

Q. Is this where the term “gerrymandering” comes from?

A. Yes. The term gerrymandering arose from what may be the most famous political cartoon in American history, which depicted a legislative district shaped like a salamander. In 1812, the Democratic-Republican-controlled Massachusetts state legislature tried to maximize its number of seats in a new districting plan and minimize those held by the minority Federalists. Elbridge Gerry (pronounced with a hard g, like Gary), the Democratic-Republican governor, signed the remap into law.

A Federalist newspaper cartoonist seized on a long, thin district that snaked from southwest to northeast, making an inverse “L,” and dubbed it the “gerry-mander,” complete with wings, claws and a snarling lizard’s head. Thus emerged the gerrymander (pronounced in modern times with a soft g, like Jerry). Interestingly, the famous salamander gerrymander district did not perform as intended, as the Federalists re-took the district in the following year’s elections. But this was not even the first partisan gerrymander, as there are examples in the colonial period.

Q. How does redistricting fit into a healthy democracy?

A. The concept of “one person, one vote” is an important principle in American government. Redistricting based on the decennial census is required to honor that principle. The question of how we should redistrict is a thorny one, and I think it’s reasonable to argue that a system in which the party in power gets to draw districts that help them maintain that power is not particularly healthy for democracy. But this is also not a new problem in American politics, although I think it is one that may be more meaningful now than in the past because gerrymandering has arguably become easier in recent years because of other trends in American elections, such as a drop in ticket-splitting, the erosion of advantages for incumbents and other factors.

Q. What can regular citizens and voters do?

A. In states that allow statewide ballot issues, reformers can have success working to get voters to approve less partisan redistricting systems. There also are opportunities for regular citizens to serve on redistricting commissions, and those who are concerned about redistricting should share those concerns with their elected officials. Beyond that, there are great, easily accessible tools in which one can draw their own maps, like Dave’s Redistricting App. Doing this can at least give people the chance to think about how they might like districts to be drawn and to consider the real-life choices that mapmakers face.

What’s Next for UVA’s Class of 2022? END_OF_DOCUMENT_TOKEN_TO_BE_REPLACED

How Affordable is UVA? END_OF_DOCUMENT_TOKEN_TO_BE_REPLACED