Q&A: What You Need to Know About the AT&T-Time Warner Merger 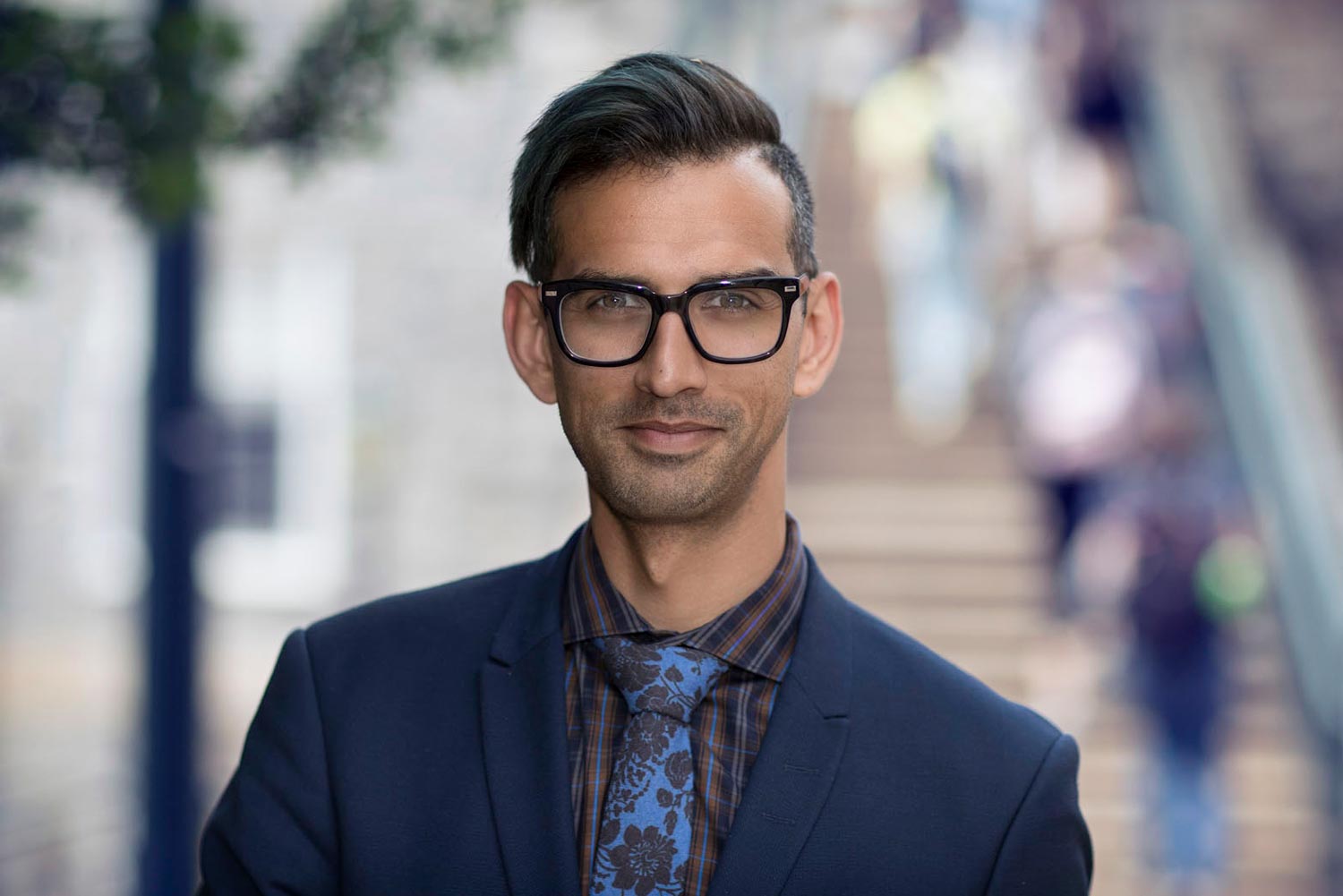 In the past few years, the U.S. media industry has been increasingly characterized by consolidation. Huge companies like Facebook and Google seem to rule every corner of the Internet, and mergers and acquisitions among telecommunications companies often appear to sail through with little government oversight.

That is until last November, when the Department of Justice filed a federal lawsuit to block telecommunications company AT&T’s proposed $85.4 billion acquisition of Time Warner, arguing that the merger is anticompetitive. Given the DOJ’s decades-long precedent of approving such vertical mergers, many wonder what makes this deal particularly different.

With the trial now underway in the United States District Court, UVA Today sat down with media studies assistant professor Christopher Ali, an expert in media policy and law, to give us some insight about the merger itself, what makes it unique and the implications of either verdict.

Q. Can you explain the proposed merger and what makes it different from similar deals in the past?

A. AT&T, the country’s largest telecommunications company, is looking to buy Time Warner, a content company that owns – among other things – HBO, CNN and Warner Brothers.

But the argument here is that telecommunications companies need to get bigger in order to survive against competition from companies like Google, Facebook, Amazon and Apple.

The value of AT&T owning a content company is that they can start “synergizing” the content. For example, they can start pushing out HBO content on AT&T platforms. You could get HBO for life if you have DirecTV, which is something that AT&T already owns. They can do this so long as they own HBO.

AT&T can also do something called zero-rating, which means that some of the content that you stream on your phone would not count against your data cap, and they would likely do this with the content they already own.

So there’s a lot of incentive for telecommunications companies to buy out these content companies.

What makes this attempted merger particularly different than, say, the Comcast-NBCU merger, is how expensive this deal is; $85 billion is serious money. Beyond that, we’re talking about a lot of content. I mean, we’re talking about the Harry Potter franchise, a news organization and probably the most successful paid TV service.

So there are a lot of implications here, and it’s bringing up a conversation in the American press about how big we are going to allow some of these companies to be.

Q. What are some possible consequences for consumers if the deal were to go through?

A. What AT&T is going say is that this is a huge boon if you’re an AT&T customer because suddenly you have access to content that maybe you didn’t previously subscribe to and can now get for cheaper – or “free.” This way, they can start incentivizing customers to switch from their current cable or satellite company to AT&T or DirecTV by offering Time Warner content as the carrot.

As I mentioned previously, what they can also start doing is zero-rating. A classic example of this is T-Mobile’s “Binge On” service, which allows customers to stream Netflix on their T-Mobile phone without it counting against their data cap. So that’s pretty awesome for consumers, in that they can stream Netflix as much as they want, so long as they have the Netflix subscription. So we could be seeing AT&T doing this by not counting HBO or the Time Warner movie catalog against customers’ data cap, which are more incentives for customers to switch over.

However, there are two detrimental effects that come to mind.

One, AT&T can start withholding HBO and Time Warner content from their competitors Two, if not withholding that content, then they can start making licensing or transmission fees more expensive.

Currently, Comcast has to pay HBO a subscription fee – say $30 – for every Comcast customer who subscribes to HBO. But what could happen with this merger is that suddenly the owner of HBO has some leverage in the game. So HBO might say to Comcast, “You can offer HBO to your customers, but for $100 a month now.”

I don’t think they’re going to withhold content, but I do think that they will make it more expensive. Likewise, AT&T can say, “If you want HBO for cheaper or for free, switch over to DirecTV for your cable.” And that’s the carrot on the stick.

Another concern with AT&T getting into the content game is whether they are going to start pushing out independent producers or competitors and only favoring Time Warner content. For example, we might see a lot more Time Warner channels on DirecTV because they get it for free. The problem is that if we allow this merger to go through as AT&T wants it to, we’re trusting them to not pull these shenanigans, but they absolutely can because it is legal for them to do so. This is why this case is so important.

Q. Supporters have argued that the merger is not anticompetitive because the two companies do not directly compete with one another. Do you agree?

A. The big question that has been floating around is whether this merger triggers any sort of antitrust or monopoly laws.

The way that current monopoly law in this country is interpreted is that we are much more fearful of what is called “horizontal integration.” We would be more worried if AT&T were to buy Verizon, because they are in the same industry, and much less interested if AT&T were to buy Time Warner, since they don’t actually compete with one another, also known as “vertical integration.”

I, however, would love to see us use this as a case to revisit how we interpret what a monopoly is. AT&T may not monopolize the telecommunications industry, but with the acquisition of Time Warner, it becomes the major player in the media industry. In fact, the analogy of the old AT&T – when it controlled 90 percent of all phone service – was that it was an octopus, because it had its hands in local telephony, long-distance telephony and business telephony. We are seeing the re-emergence of the AT&T octopus with this proposed merger.

Legally, I have to agree that I don’t think this merger triggers any current understanding of antitrust law, but I also think it’s time to revisit antitrust law and we can use this case to do it.

Q. Are there any ways that AT&T could change its proposal to convince the DOJ to approve the merger?

A. I think AT&T could do a couple of things.

First, it could spin off Time Warner assets. For instance, they could keep HBO, but spin off Warner Brothers.

Second, if AT&T really wanted the merger to go through, they could break themselves apart and spin off DirecTV. This would kind of ruin why they’re doing this in the first place, but would be quite favorable to the DOJ because I think this is their biggest concern here.

Even more than zero-rating, the problem is the fact that AT&T owns DirecTV, which was a contentious merger when it happened and was even rejected once by the Federal Communications Commission. I would love to be a fly on the wall on these conversations because I’m sure there will be behind-the-scenes negotiations between the DOJ and AT&T about what AT&T would have to do in order for the merger to go through.

Q. What precedent would this set for future mergers of this kind if the court sides with the DOJ?

A. If it doesn’t go through, we are going to have to re-evaluate what a monopoly looks like in this country. I don’t think companies like Google or Facebook will be broken up, but I do think they’re going to look over their shoulders when they try to buy something else, particularly a big company.

One of the free-standers right now is still Twitter. What happens if someone tries to go after them? That’s going to be a hard sell with a more proactive DOJ, so I think that’s the kind of precedent it will set.

It will also crush any mergers-in-the-making right now. Who knows? Maybe Verizon is in conversation with a studio to buy it. I heard CBS and Viacom are thinking about recombining in order to be bigger. The deals that have already been proposed are already going through, but the ones that are thought bubbles right now I think will be shut down.

One last thing I would add is that like all things about media policy, we need to do a better job about informing ourselves about what is going on. By “we,” I mean the University community, students and professors. I think we have an obligation to treat these issues as seriously as health care policy, budget policy and military policy because this is shaping how we see the world.

A Year We Will Never Forget: 2019-20 in Review END_OF_DOCUMENT_TOKEN_TO_BE_REPLACED

‘What Will You Carry With You?’ Remarks From UVA President Jim Ryan END_OF_DOCUMENT_TOKEN_TO_BE_REPLACED