Q&A: What's Next for Coronavirus, How to Avoid It, and Will There Be a Vaccine? 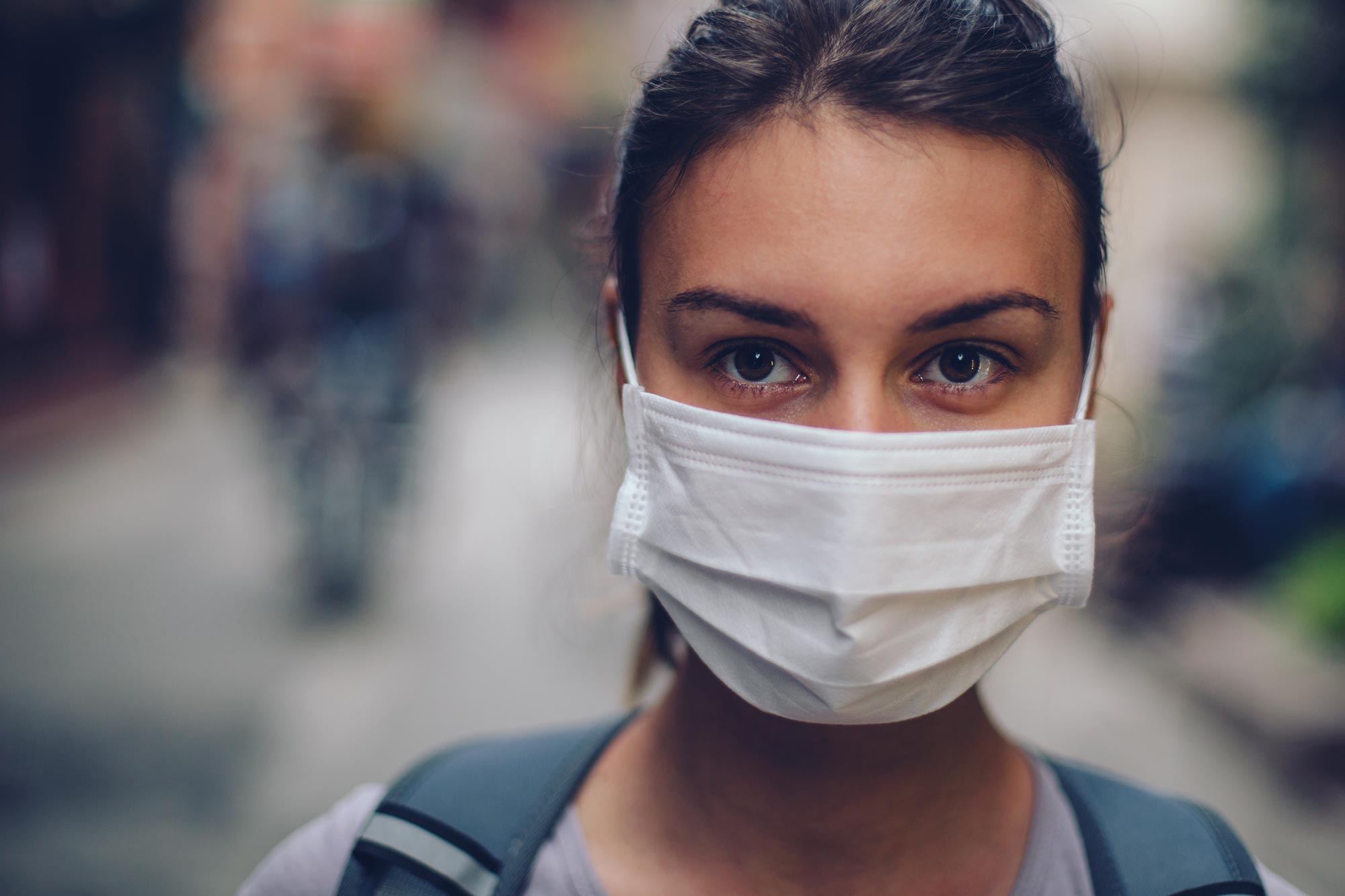 As the new coronavirus, known in shorthand as COVID-19, continues to spread around the world, researchers, including those at the University of Virginia, are turning their attention to developing vaccines and antiviral drugs that could contain and treat the respiratory virus.

We spoke with Dr. William Petri, a professor of infectious diseases in the UVA School of Medicine, on Tuesday, shortly after officials from the Centers for Disease Control and Prevention warned Americans to brace for a more significant outbreak in the U.S.

As of Wednesday, there were 57 coronavirus cases in the U.S.; on Monday, the Trump administration requested $2.5 billion from Congress to help stop further spread of the virus. Worldwide, the infection rate and death toll continue to mount in China, where the virus was first identified, and several other countries across Asia, Europe and the Middle East face new outbreaks.

Petri, Wade Hampton Frost Professor of Medicine and vice chair for research in UVA’s Department of Medicine, is currently applying for a grant to take his approach to formulating a vaccine for amoebic dysentery and apply it to a potential COVID-19 vaccine. 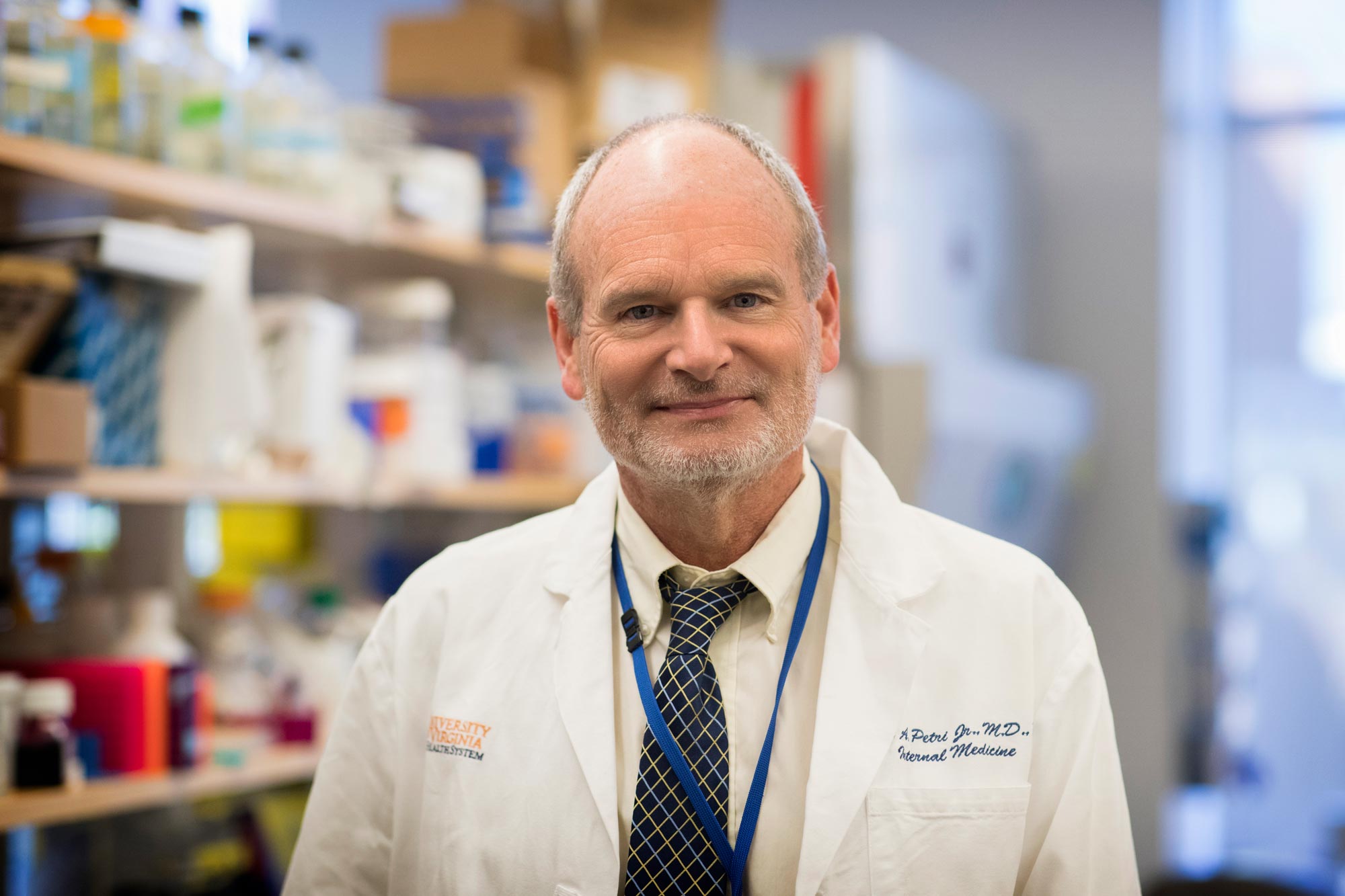 He spoke with UVA Today when the virus was first identified in January, and on Tuesday discussed concerns about a potential pandemic, the virus’ spread in the U.S., and how his own research might apply to the new virus.

Q. Considering other outbreaks around the world, how do you see COVID-19 progressing in the U.S.?

A. In many ways, it is too early to tell. However, it is encouraging to see the number of cases in China is declining. It appears that travel restriction and voluntary isolation have had an impact on transmission there, which is really good news.

One big concern is the four countries outside of China where there appears to be endemic transmission – South Korea, Japan, Iran and Italy. There, the virus seems to have been transmitted from person to person, resulting in secondary cases where people who have had no contact with China have been infected. I think it’s safe to assume that similar transmission is happening in other countries, but has not been detected yet. That is particularly a concern for countries with less robust public health systems, which might struggle to quickly contain an epidemic.

If there is an outbreak and epidemic in the U.S., we would likely see more voluntary home quarantines, similar to what South Korea is doing right now, as well as reduced mass gatherings. Tokyo, for example, cancelled its marathon for all but its most elite runners. Schools have been closed, and people have been telecommuting rather than going in the office. All of that would be in play if an epidemic starts in the U.S.

(Two UVA students built a website tracking the virus’ spread around the world in near-real time.)

Q. How does this compare to other global epidemics, such the Ebola outbreak a few years ago, or the influenza outbreaks we face each winter?

A. Ebola had a much higher fatality rate, with an average fatality rate around 50%. COVID-19 so far has a fatality rate of about 2-3%. However, it does spread more easily than Ebola. Ebola is mostly spread through contact with bodies and bodily fluids, while coronaviruses are spread in a respiratory route.

Influenza is a pretty good comparison. Flu is a very serious disease, which is why we recommend immunization every year. It has some of the same symptoms as COVID-19 – fever, cough, shortness of breath – which can make it difficult to distinguish COVID-19 infections from flu or the common cold. Flu does have a slightly lower mortality rate, at 0.1% or about one out of 1,000 patients. COVID-19 is currently at around 3%, but I expect that number will drop slightly as we get better at diagnosing COVID-19.

Q. Various researchers around the world are working on developing vaccines and treatments. How close are we?

A. Dr. Anthony Fauci, head of the National Institute of Allergy and Infectious Diseases, predicted that there will be a vaccine in clinical trials later this year, which is terrific. The focus right now should be on slowing the spread of the disease to buy to time to develop and use a vaccine.

Clinical trials are also being planned for an antiviral drug, remdesivir, developed by Gilead Sciences to inhibit RNA production by the virus. Hopefully, we will soon have an anti-viral drug and a vaccine in clinical trials.

Q. How does this relate to your work?

A. Peter Kasson [an associate professor of molecular physiology and biomedical engineering in UVA’s School of Engineering and Applied Science] and I are putting together an NIH R21 developmental research grant proposal to apply our work to coronaviruses. Peter is one of the world’s experts on viral glycoproteins, which help viruses enter into cells. Coronaviruses have a single glycoprotein called a spike glycoprotein, kind of like a railroad spike sticking out, that attaches to cell membranes. Peter is working on engineering glycoproteins that mimic that structure, which could be used in the development of a vaccine.

In my lab, we are working with novel adjuvants, which can be added to vaccines to boost immune response and produce antibodies. We have been working with the Infectious Disease Research Institute in Seattle for years to use novel adjuvants in a vaccine for amoebic dysentery. We have seen a good response in mucosal sites in the gut, for amoebic dysentery, and I believe we could have a similar response in mucosal sites in the lungs, which would be important for a COVID-19 vaccine.

It remains theory right now, but I am optimistic that the combination of Peter’s expertise and my lab’s work could result in an effective vaccine.

Q. As we await a vaccine and antiviral treatments, what can individuals do to lower their risk of infection?

A. Aside from not traveling to areas with known transmission, handwashing is the single most important thing anyone can do, similar to preventing cold and flu viruses. Wash your hands frequently. When traveling or in crowded, high-traffic spaces, avoid touching inanimate surfaces like doorknobs or railings when possible and – again – wash your hands often.

One phrase I have heard recently – social distancing – could become more common if cases increase in the U.S. It essentially refers to voluntary isolation – avoiding large crowds and big groups until an outbreak subsides. We can see how that has worked in China, both as a way to eliminate SARS and, now, to try to contain the new coronavirus.

For more information about the University’s official response to the coronavirus, see this FAQ page.

When Less Is More: How Harnessing the Power of Subtraction Can Add to Life END_OF_DOCUMENT_TOKEN_TO_BE_REPLACED