Q&A: Why Nothing In Our History Compares to the NBA Players’ Power Move 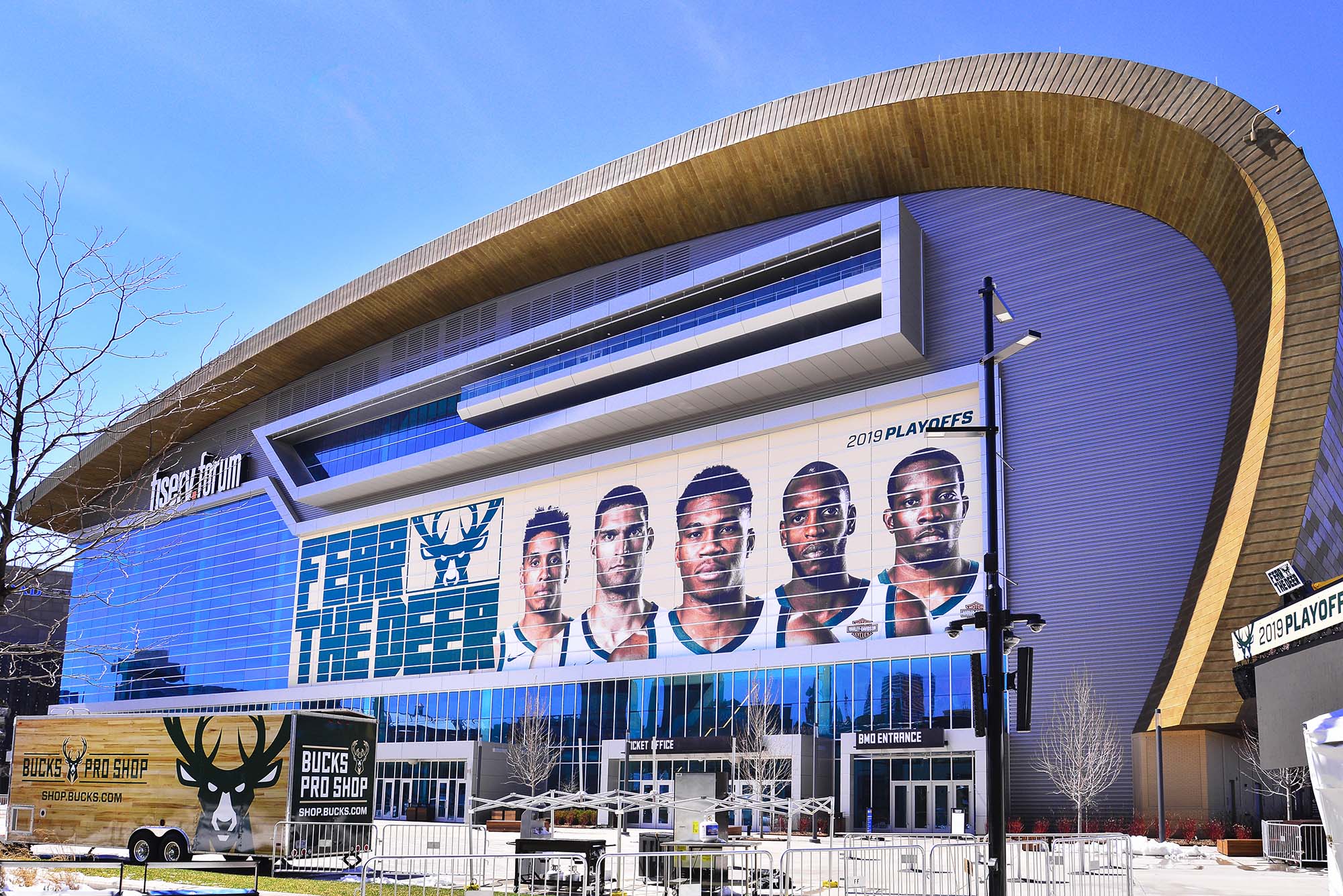 The decision by the Milwaukee Bucks to sit out their game against the Orlando Magic figures to reverberate for years to come.

From the outset of the Black Lives Matter movement, leaders have emphasized the need for action, not just talk, as it pertains to issues of social injustice, police brutality and achieving change in this country.

In the wake of unarmed Wisconsin Black man Jacob Blake being shot in the back multiple times by police, that demand for action spurred the Milwaukee Bucks’ decision Wednesday to not play its NBA playoff game against the Orlando Magic and created a powerful ripple effect.

A number of other leagues followed suit, including the WNBA, the National Hockey League, and Major League Soccer, along with a few Major League Baseball teams and pro tennis players.

By Thursday, much of the American sports world was shut down. There was open discussion of ending the NBA season, though later Thursday it was announced that the playoffs would resume.

A short time after making the choice to sit out, Bucks players opened a dialogue with Wisconsin Attorney General Josh Kaul and Lt. Gov. Mandela Barnes. Their action could reverberate for years to come, according to University of Virginia media studies associate professor Jack Hamilton. Hamilton is a cultural historian who studies sound, media and popular culture, and his other areas of interest include film, sports, television and journalism. His first book, “Just Around Midnight: Rock and Roll and the Racial Imagination,” has drawn widespread acclaim.

Here, he takes a deeper dive into what happened and the ramifications. 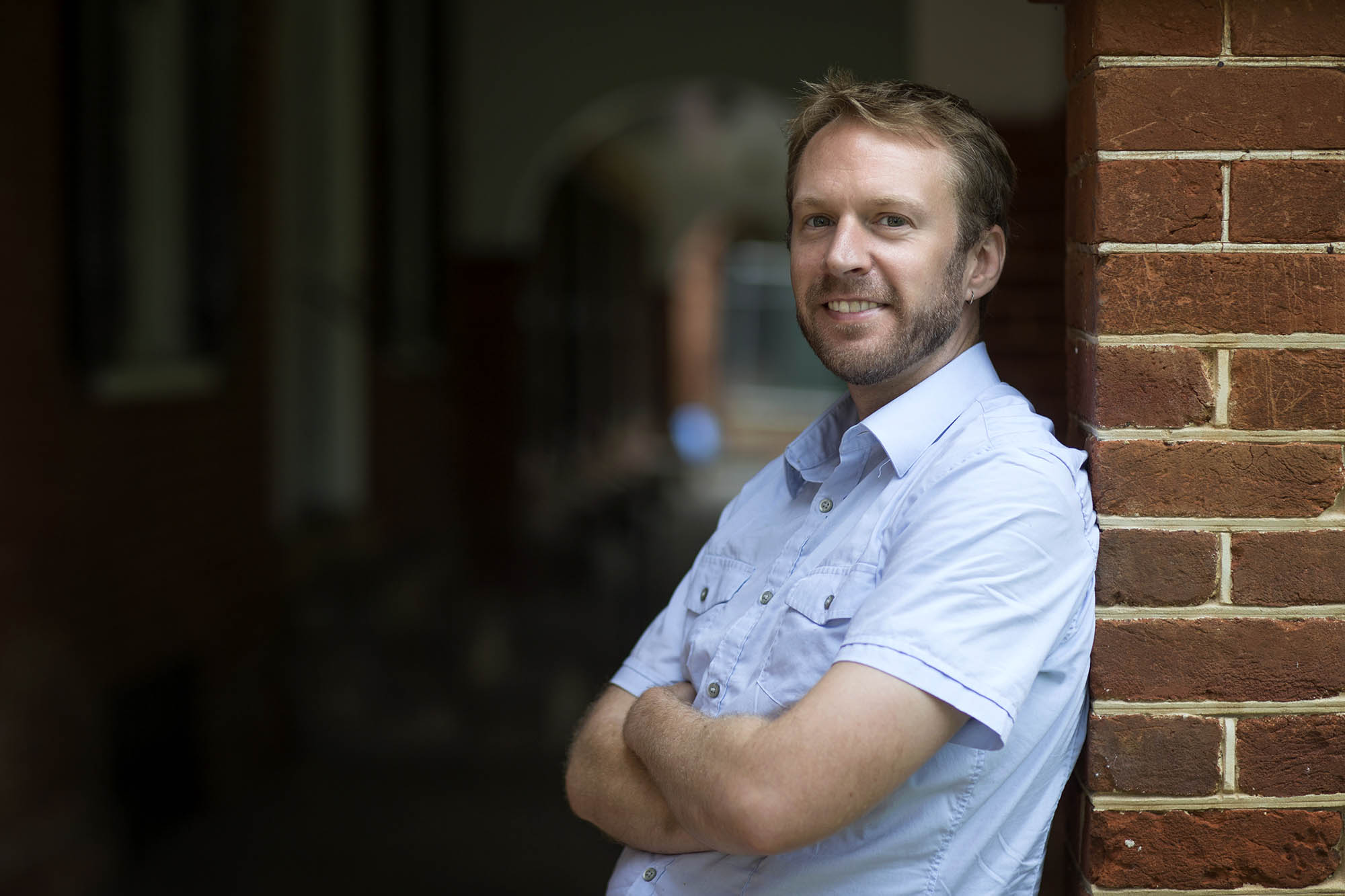 Q. What was your first reaction to the fact that members of the Milwaukee Bucks were refusing to come out of their locker room and onto the court?

A. I was frankly pretty stunned! Earlier in the day reports had surfaced that the Toronto Raptors and my hometown Boston Celtics were discussing the idea of refusing to play Game 1 of their second-round series on Thursday evening, but of course on Wednesday that still seemed like a long way off. Part of the power of the Bucks’ decision was that no advance word had leaked that it would be happening; they just didn’t come out on the court. The unexpected and matter-of-fact-ness of it had its own sort of eloquence, and the fact that it left everyone kind of scrambling for ways to respond made for some incredibly powerful television: off-the-cuff, unscripted and deeply emotional.

Q. Have we ever seen anything like this before? Is there anything remotely comparable, in sports or even in other industries?

A. Nothing exactly like this in sports, I’d say. There have been threats of this kind of spontaneous work stoppage before: in 1968 a number of prominent baseball players, including Roberto Clemente and Maury Wills, told Major League Baseball they wouldn’t play if MLB didn’t cancel games in the aftermath of Martin Luther King Jr.’s assassination. MLB did it, so the stoppage didn’t happen. Similarly, in 2014, the Los Angeles Clippers and Golden State Warriors discussed not taking the court for an NBA playoff game after racist recordings from then-Clippers owner Donald Sterling emerged. But they didn’t end up doing it.

And of course there have been many other prominent acts of protest and refusal throughout pro sports, like Muhammad Ali going to prison rather than serving in Vietnam, or WNBA star Maya Moore effectively leaving the sport to focus on criminal justice reform. But in modern American sports there really hasn’t been anything quite like this.

Q. In an article for Slate, posted Thursday, you used the term “wildcat strike.” How does that differ from a regular strike, and what makes it such a powerful tool for professional athletes, particularly as it relates to professional sports league’s television and advertising?

A. A wildcat strike is basically a strike that takes place when unionized workers stop working without the authorization of their labor union. They tend to be fairly spontaneous and are often especially disruptive because management doesn’t see them coming, since they are not an official union action. (For this reason they’re also trickier to placate or negotiate with.) Most of the time, strikes are the product of breakdowns in labor negotiations – this is particularly true in pro sports, when strikes usually occur during renegotiations of collective bargaining agreements between player unions (i.e., the NBA Players Association) and management (the NBA and its team owners). In other words, people on both sides can often see them coming from a long way off.

As I mentioned before, what happened [Wednesday] night was so unexpected that it left everyone scrambling, and really emphatically demonstrated the power of the players as a collective body. All of a sudden there’s nothing to put on television, and in pro sports, TV is where almost all the money is, in terms of cable contracts, advertising, corporate sponsorships, etc.

Q. The Los Angeles Lakers and Los Angeles Clippers players, including star LeBron James, reportedly voted to stop playing entirely this season before changing their mind. If they had followed through, what kind of effect would this have had on the league?

A. It would have been catastrophic for the league. Even at 35, LeBron is still the sport’s marquee star and one of the most famous athletes on the planet. He’s the kind of “draw” that all pro sports yearn for: casual fans will reliably tune into games to watch LeBron James, and if he left the bubble there would just be an enormous drop in star power. But more than that, the Lakers and Clippers are probably two of the top three contenders for this year’s NBA title. (The third, notably, are the Milwaukee Bucks themselves.)

If one or more of those teams stops playing, then the credibility of this entire “bubble” endeavor is completely erased. No one would care who won an NBA Championship in a year when one or more of the best teams refused to compete. Talk about an asterisk.

Q. Then there are teams like the New York Knicks, whose management has made quizzical public comments about racial strife in this country. In your opinion, are these types of tone-deaf – or worse – attitudes emblematic of what Black players have had to endure throughout sports history?

A. Ah, the Knicks. It’s always pretty impossible to follow the logic of that particular organization, but the short answer is yes. I think that the Knicks’ – let’s just say it, the Knicks’ ownership’s – bizarre insistence on minimizing these issues or just otherwise not adequately acknowledging what the players are going through is definitely emblematic of a sports culture in which team ownership and management has long treated players like they are something less than full human beings.

And players absolutely notice it. There’s a reason no one wants to sign with one of the league’s signature franchises that’s located in one of the world’s most glamorous cities.

Q. In the Slate piece, you wrote that Bucks players may have set in motion a “sea of change in the social fabric of American sports.” In a perfect world, what does that look like?

A. It’s not easy to say for sure. I think one thing would be a newfound awareness of the power that athletes hold in their profession, as laborers and talent. These are billion-dollar industries that literally wouldn’t – couldn’t – exist without them. I think we could use more of that sort of thing in American culture more generally.

I also think actions like this could be a really important way of causing fans to think more critically and carefully about the sports they are watching, and who makes those sports happen, and the realities of those people’s lives. I think a lot of people think of professional athletes as living incredibly charmed and rarefied lives, and while to some extent that’s certainly true, they’re also real people who live in a deeply imperfect world, and who suffer and hurt at injustice like anyone else.

I think sports fans often lack empathy for the athletes that they in other ways idolize, and I think that’s something we could be better about.

Q. Do you think the prism through which many people once viewed former NFL quarterback Colin Kaepernick’s actions, when he knelt during the national anthem, has now changed?

A. Yes, definitely. In fact, I think opinion polls dramatically reflect this.

Even though that was only four years ago, in many ways it feels much longer ago than that. Here was someone who was essentially blackballed from professional football, widely demonized by fans and politicians, and just generally completely abandoned by his own league and sport. All this for a completely peaceful protest to draw attention to what many people now understand to extraordinarily pressing problem in our country.

To say he was on the right side of history seems like a massive understatement, and I think the NFL is and should be embarrassed for the way he was treated.

Q. Over the years, you’ve done a fantastic job of integrating sports, music, pop culture and real-world happenings into the courses you teach. Have you given any thought to how you might use these latest events in your classroom? And from a media studies perspective, what intrigues you most about what has transpired?

A. I’m co-teaching “Intro to American Studies” this semester and am doing a unit on boxing that’s going to devote a lot of time to Muhammad Ali, including his role as the most prominent “political” athlete of his time (if not of all time). So I could see this coming up in that context.

From the media studies side of things, I would say that Wednesday evening’s events were also completely extraordinary just as a media experience. You saw one of the most convention-laden genres of television – the sports broadcast – just completely upended, and you had to watch all of these seasoned professionals respond on the fly, and the results were so powerful.

[Co-host] Kenny Smith taking off his microphone and walking off the set of “Inside the NBA” was absolutely something I will never forget, and there were probably three or four other moments that were just as memorable.